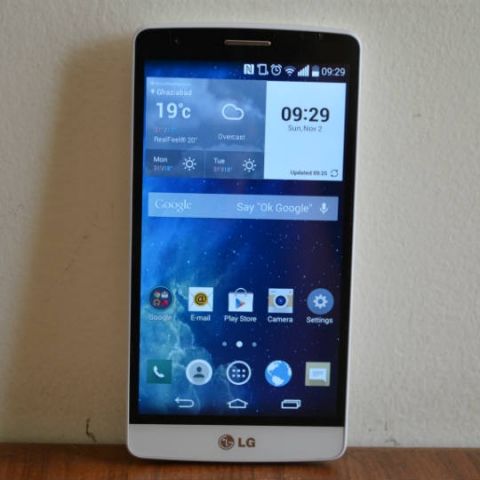 The LG G3 tries to imitate the LG G3 but the thing is, it can’t, it doesn't have the hardware to do that. On top of that, LG has priced the phone just below the Huawei Honor 6 which, on paper, has almost 3 times the firepower. All in all, this is a good try from LG, but maybe next time, they can price it right.

The LG G3 Beat looks like a less premium incarnation of the flagship LG G3. It offers the same UI and design philosophy but since the hardware has been reduced since it is a mid range smartphone, it has some downsides.

In recent years both Samsung and LG have improved their build quality. From the Nexus 4 to the current gen G3, LG has been moving forward in terms of build quality and the story's the same with the LG G3 Beat. The 5-inch phone is made up of plastic but saying that, it does not feel like a compromise in any way. The phone was well at ease while being in the same pocket with keys and coins. 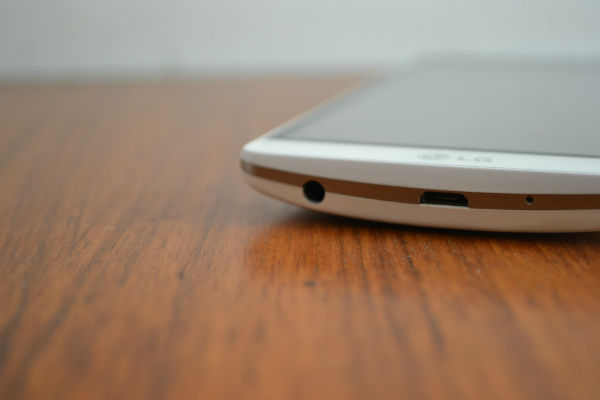 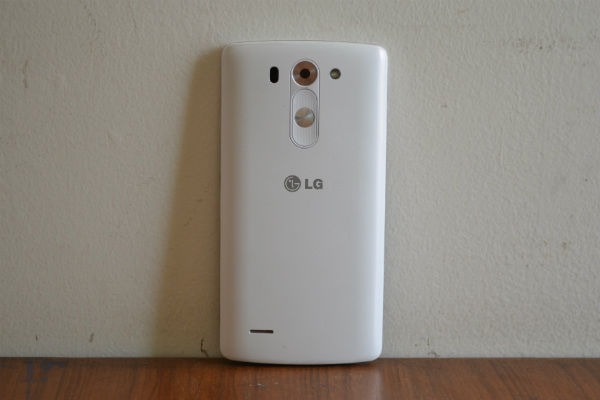 LG did not waste a single penny on designing this phone, it looks like an exact copy of the LG G3 with a 5-inch screen instead of a 5.5-inch one. We would like to add that the LG G3 was one of the best designed smartphones in recent times and the LG G3 Beat, with its slightly narrower shell, is even more comfortable to hold despite its large 5 inch screen. We will not go into details since LG is using the same tried and tested design of LG G3 which is nice to hold but could take some time getting used to since the power and volume keys are at the back.

The colour reproduction on the 5-inch 720p display is commendable but when compared to its rivals like the Micromax Canvas Knight or the Huawei Honor 6, we feel the phone could have done better with a 1080p panel. All in all, the screen has great viewing angles and good outdoor visibility which makes it quite likeable if you are into streaming YouTube or an avid ebook reader. 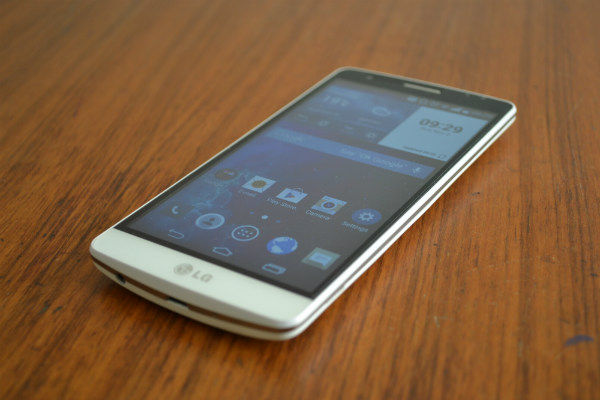 The UI of the phone is also lifted from the LG G3 but a couple of features like the dual window mode, are not present in the G3 Beat since it only has 1GB of RAM. Otherwise the UI is pretty much indifferent to the G3's lower hardware specs and offers tons of settings, submenus, preloaded weather and remote apps. It seems LG has tried to add extra features inside every nook of the UI. 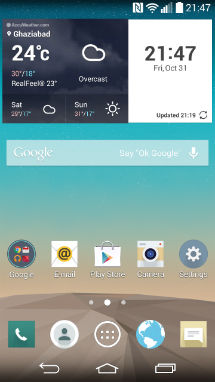 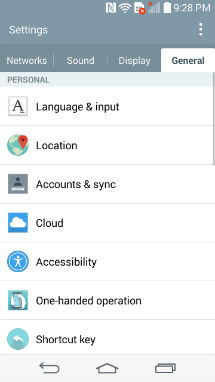 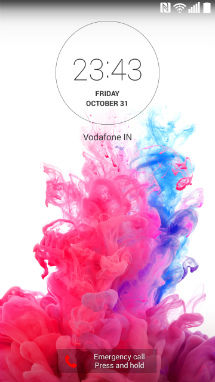 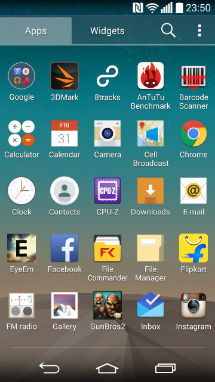 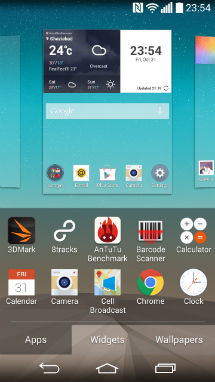 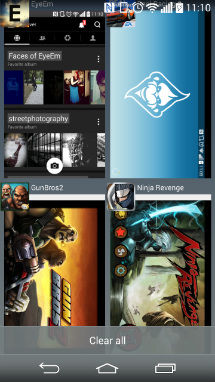 The LG G3 Beat performs well for the majority of the time but if you try to pinch in more than 3-4 tasks you are bound to get a stutter from the phone and if you keep pushing, the stutters change into lags. In our gaming experience with the phone, the story remained the same with an occasional hiccup here and there. We had no issues in terms of regular tasks like calling, messaging and other communication apps, everything ran fine. 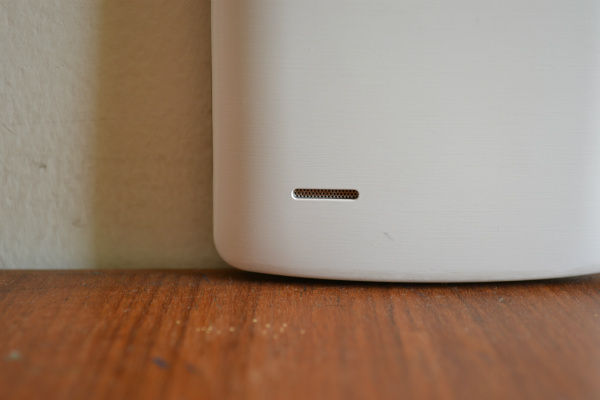 Audio and video playback on the device was good and we have no complaints except for the fact that the backfiring single speaker obviously gets muffled when you place the phone on its back. The speaker is otherwise loud enough to make you notice. LG has also added an IR blaster up top which works as intended with televisions. 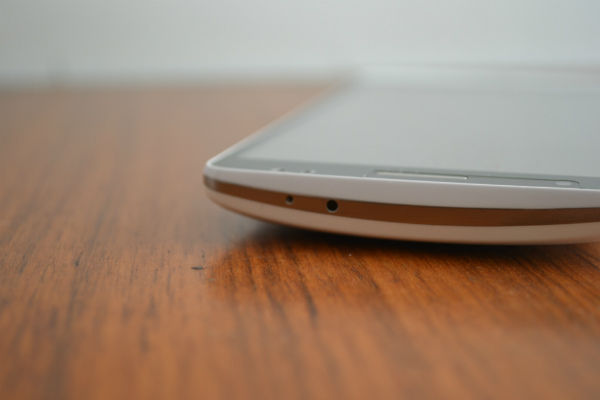 In terms of synthetic benchmarks, the phone's scores were average. We have compared the LG G3 Beat's scores with the Huawei Honor 6 below. 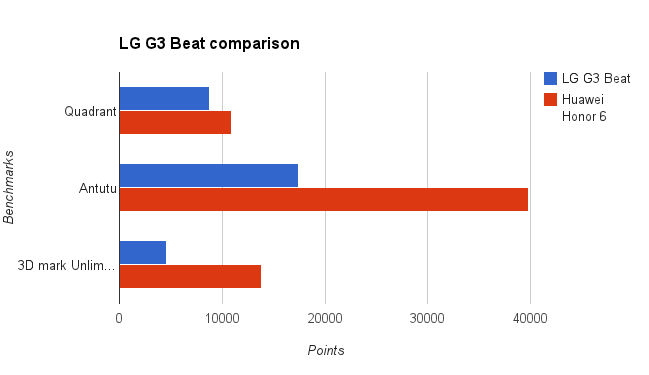 The 8MP rear camera is better than the likes of the Moto G (2nd gen) or the Asus Zenfone 5 but struggles to keep up with the imaging abilities of the Huawei Honor 6 or Micromax Canvas Knight. The phone takes good photos outdoors and is a decent shooter indoors as well. The camera uses a laser auto focus system at the back which makes the auto-focusing on the phone quite fast. 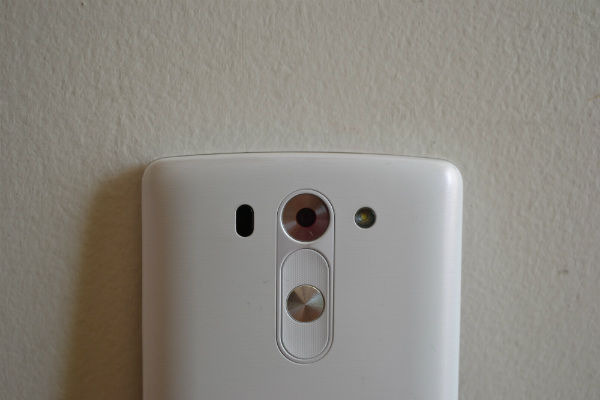 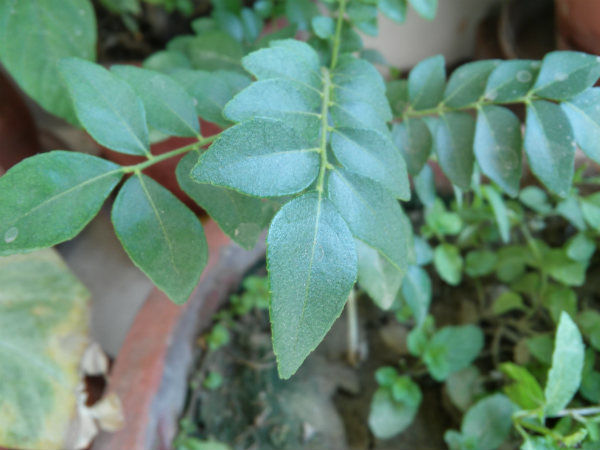 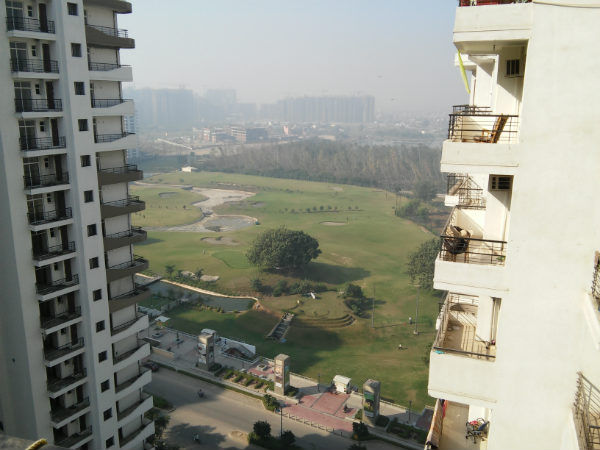 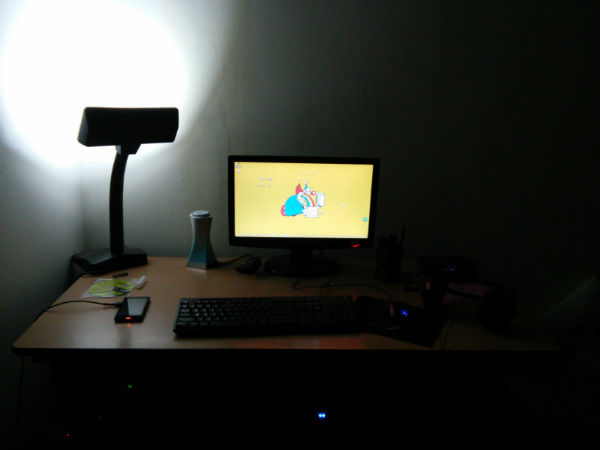 The camera lets you take videos in 720p or 1080p modes, which were pretty decent, but it does not support auto-focusing while recording. The front-facing camera is a 1.3MP shooter and is good enough for Snapchats and video calls.

The LG G3 hits the ball out of the park in the battery department. The phone was able to secure 20 hours of battery life in our battery tests where we loop a 1080p video. In everyday use, the phone was able to last almost a day and half under moderate usage with WiFi or 2G constantly connected. 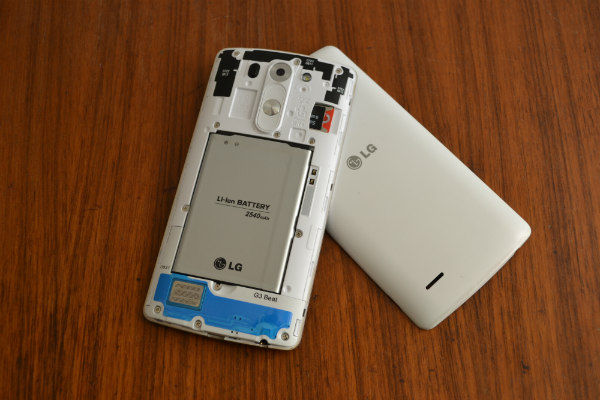 The LG G3 Beat is a decent phone with its nifty UI tricks, a likeable design and distinguished camera BUT (and as is evident, that is a big but, and we like big buts), it is priced way above phones with similar features, specs and performance (Moto G 2nd Gen, Asus Zenfone 5). The phone is priced very close to the Huawei Honor 6 which is a far more powerful phone than the LG G3 Beat and so is the Micromax Canvas Nitro (Rs. 12,000 approx). So, unless you are a fan of LG, you should consider the alternatives.