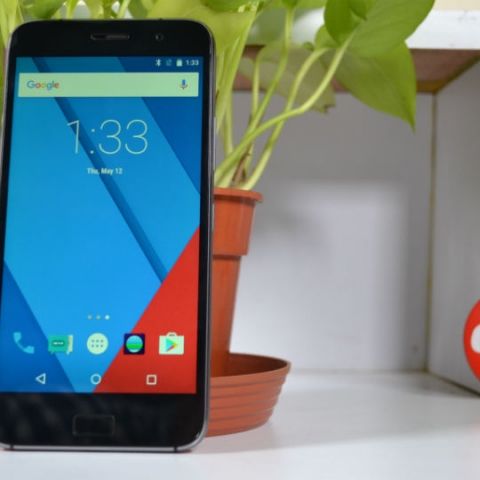 The Lenovo Zuk Z1 is an able performer, despite the two year old SoC. At Rs. 13,499, it's not more powerful than the Xiaomi Redmi Note 3, but if you like modding your smartphone, it's worth a shot. For those waiting for a CyanogenMod-powered phone worth buying, this is it.

Lenovo has made some baffling decisions over the past two years. They tried to sell the Vibe Z2 Pro smartphone at over 30k, put an enviable camera on the Vibe Shot, but compromised on other features, and they took a long time to sell the Lenovo K3 Note in India. Through all this, Lenovo still became one of the top sellers in the country, right up there with Samsung and others. How did it do this? The story has been interesting, to say the least.

Lenovo’s phones went from downright low value, to being really well priced. It followed this up with the K3 Note, which delivered good performance at a good price. The icing on the cake was perhaps the Lenovo Vibe X3, which is easily Lenovo’s best smartphone till date. But amidst all this, we’ve been hearing whispers about the company's Zuk brand. If the other phones were meant for the masses, Zuk aims to take over the enthusiast market.

In a lot of ways, the Lenovo Zuk Z1 is exactly the OnePlus One, but that also makes it two years old. Why then, does Lenovo confidently push this device? Having reviewed the Lenovo Zuk Z1 now, I can say it has ample reason to do so.

Build and Design: Sturdy and appreciable..

The basic elements of the design on the Lenovo Zuk Z1 are borrowed from the Vibe X3. It has a metallic frame, combined with a plastic back. But before you roll your eyes at the mention of plastic, consider the finish. The polished plastic feels more metallic than some all-metal smartphones out there, and conforms seamlessly with the frame. Many would actually make the mistake of calling this an all-metal phone. The Zuk Z1, like the Lenovo Vibe X3, is a good mix of plastic and metal, which, in my opinion, looks better than the plastic strips for antennas on the Xiaomi Redmi Note 3 and LeEco Le 1s. It’s just a more seamless design. 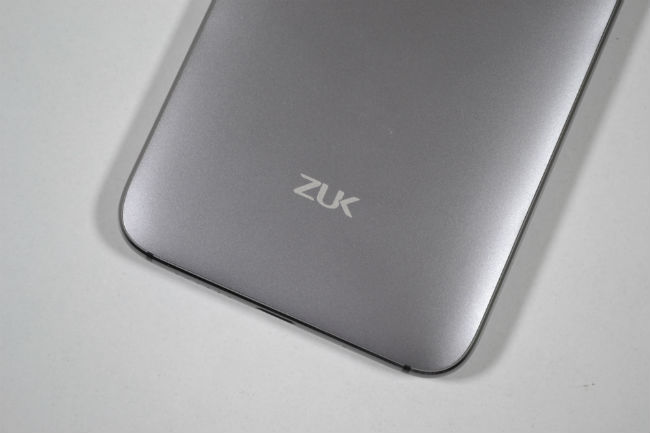 Having said that, this isn’t an ergonomic smartphone. It’s quite wide, which puts single handed usage out of question. If you’re buying this though, you’re most likely not looking at ergonomics any way. The Zuk Z1 wants to feel like a big smartphone, and the reason for that is evident (to be discussed ahead).

My review unit has a few, very slight, gaps between the metal frame and plastic back, but I would not call this a badly built device. For one, the phone feels sturdy and it’s light enough to not feel like you’re carrying around a behemoth in your hand. Secondly, as big as it is, 175 grams is acceptable, if not out and out appreciable.

Display: Perhaps the best in this range..

The reason why Lenovo has chosen to make this phone wide, is its display. A 5.5 inch FHD display doesn’t sound like much, till you realise this is the exact same display we saw on the Vibe X3. It's not about pixel density and resolutions, although 401 ppi and 1080p are nothing to be ashamed of. The Lenovo Zuk Z1 is all about colours and vibrance, and the wide frame ensures that you notice that.

The quoted maximum brightness of the display is at 450 nits, but it’s not the best in terms of sunlight visibility. Indoors, colours are really good, with very good blacks and even better whites. The contrast ratio is great. Lenovo says the display can do 100% of the NTSC colour gamut. What’s delightful however,  is that this is all on auto settings. 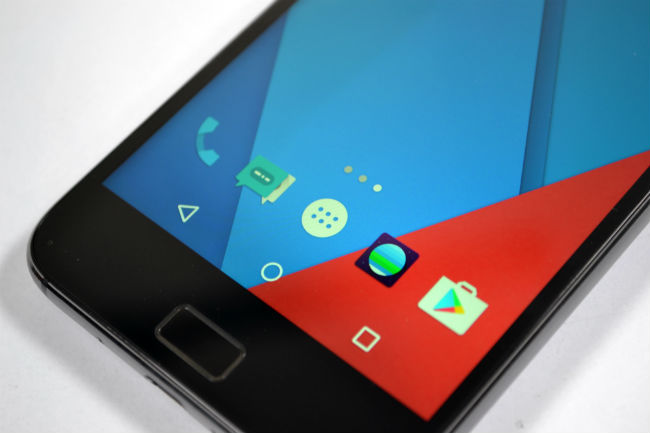 CynogenMod 12 allows deeper control on the display. You can tweak the colour temperature, and choose different temperatures for day and night. You can also change the DPI settings, but that doesn’t seem to make a very big difference. The control over the display is just the addition that could have made this display better, and it did.

The Lenovo Zuk Z1 runs on Android 5.1.1, but Lenovo has said that the Marshmallow update will be made available in June, with CM13. Currently, it runs on CyanogenMod 12, which allows a bunch of customisations. If you happen to have used the Yu Yutopia smartphone, you would already be familiar with this.

When I reviewed the Yutopia though, the OS was nowhere close to as stable as it is here. According to Lenovo, CM12 on this phone, has been specially tweaked for the Snapdragon 801 SoC inside, but more on that later.

As discussed above, you get minute control over the settings. The Advanced Settings option is enabled by default, giving you access to granular control over how apps perform. CM12 also has the app permissions option from Marshmallow built into it. So, you can manually decide what app gets what permissions, instead of granting them all at the same time.

While all of these features were available on the Yu Yutopia as well, none of its bugs are present here. CM12 is smooth, stable and performs well. In fact, Lenovo already has test devices with CM13 on it, and you can flash the ROM onto your Zuk Z1, but it won’t be stable.

It’s also worth noting that the Zuk branded phones are the only Lenovo devices where rooting won’t void the warranty. If you happen to brick your device while rooting, Lenovo will return it to the original CM12 state.

The elephant in the room then. The Snapdragon 801 is an able SoC, but it’s also over two years old. Hence, logic dictates that the Zuk Z1 is equal to a two-year old flagship smartphone, upon arrival. It’s a tough sell, but here again, Lenovo’s Zuk team has done a good job. Benchmark scores don’t tell the story here, because this phone is less about numbers and more about experience. 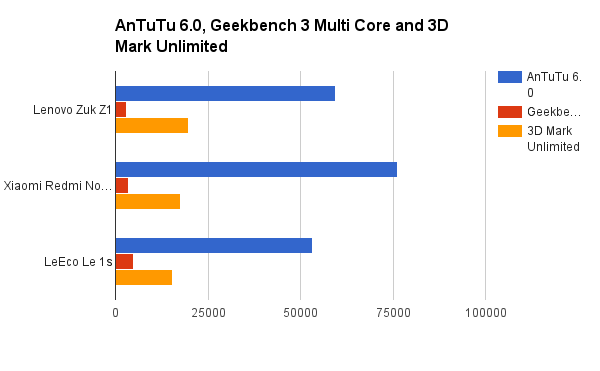 The fact that CyanogenMod has been tweaked for the phone is evident by how smoothly the UI performs, or how fast regular apps open. App load times go up only when you’re running heavy games etc, like Injustice: Gods Among Us. That said, it’s worth noting that actual gameplay is pretty much lag free, except over extended periods.

The temperature is below 40 degrees, even when the processor goes up to nearly the max clock speed, at around 2.4GHz. If you’re outdoors, in the summers, this would of course be more.

Having said that, the only concern is in the fact that the Snapdragon 801 is still old. It’s possibly one of the most balanced and stable SoCs Qualcomm has made till date, but it’s not a 64-bit SoC. In addition, GFXBench’s testing app shows that you can’t run Android Extension Pack-based and other newer benchmarks.

I have about 50 apps that I use on all my phones though, and each one of them is compatible with this device. What wasn’t acceptable in the OnePlus X, is acceptable at a price point of Rs. 13,499. Moreover, it has 64GB of internal storage, which makes it a better bet than the OnePlus X.

The fingerprint sensor on the device isn’t as fast as Nexus imprint, but it’s not slow enough to complain either. It missed my fingerprint a few times, but then, so does the Apple iPhone SE.

Camera: The only weakness..

Against all the things that are good about this device, the camera is the only weakness. It can take good and sharp photographs in outdoor sunlight, but lower the light and this camera starts failing. In indoor and low light conditions, the camera struggles with the details and pictures aren’t very sharp either. Colours are quite acceptable across the board, though.

The camera is also slow, compared to devices like the Xiaomi Redmi Note 3. There’s no shutter lag, but the phone takes perhaps a second too long to focus.

The width of this smartphone, that I talked about in the beginning, has also allowed Lenovo to include a bigger battery. On the Geekbench 3 battery test, the Zuk Z1 lasts for about 8 hours, which is quite good. On regular usage, with the screen brightness at auto mode throughout the day, the phone easily lasted the whole day, even with a considerable period spent gaming on the device. For most users, the Lenovo Zuk Z1 will easily pass the full day mark. This can go up to as high as the Xiaomi Redmi Note 3, if you use the balanced mode. I kept my phone on performance mode all the time.

Bottomline: All about the experience..

The Lenovo Zuk Z1 is all about the user experience. Looking at numbers and spec sheets, you won’t find this device to be anything special, but having used it, the Lenovo Zuk Z1 is definitely worth a shot. It’s a value for money smartphone, and though it’s not more powerful than the Xiaomi Redmi Note 3, if you like modding your device, this one’s definitely worth a shot.