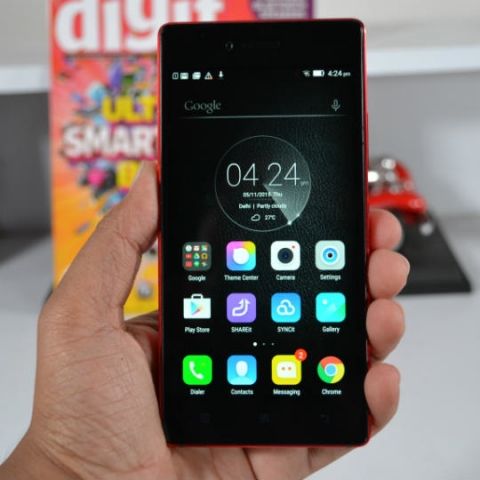 If camera is of prime importance to you, then you can consider picking up the Lenovo Vibe Shot. But, if a better overall performing smartphone is what you are looking for, then there are better options available in the market.

Smartphone cameras of today are good, really good. In fact, they are so good that flagship smartphones have not only killed the point-and-shoot camera segment, even mid-range phones are showcasing the ability to do so. As much as I am proud of smartphones boasting of this ability, I have seen little sustenance here. Remember a little camera called the Samsung Galaxy K Zoom, or the Nokia 808 PureView, or the Lumia 1020? Remember how these cameras outdid themselves on a smartphone? Sure, you will argue that Samsung, LG and Apple have flagship smartphones with brilliant cameras and I wouldn’t disagree, but what I will say is that there is no sustenance, as far as these experimental smartphones with extremely good cameras are concerned.

Without moving away from the traditional form factor, today we have with us the Lenovo Vibe Shot. The specifications of the device on paper may seem standard, but what this smartphone does boast of is an exceptionally good camera. But, as an overall package, is it enough?

Build and Design
Kicking things off with the rear of the smartphone, it has characteristics similar to a point-and-shoot camera. Hold the device in landscape mode, and you have a grey strip on the top with the words “Lenovo Vibe” written at one end, and at the other end of this grey strip, the 16MP camera with triple-LED (dual-tone) flash. The back of the smartphone has glass, making it a fingerprint magnet that is difficult to grip on to. Coming to the front of the smartphone, we have the camera and the earpiece on the top (keeping the phone in portrait mode now), and below the display, we have the three standard capacitive buttons.

There is a red metal rim that surrounds the device giving it a slightly jazzy look. To the left of the phone we have the dual SIM tray, and a separate tray for the microSD card. The right of the device has the standard volume rocker and the power button. You also have a dedicated shutter button here as well. There is a small toggle next to the shutter button, to switch between the pro and auto modes of the camera. 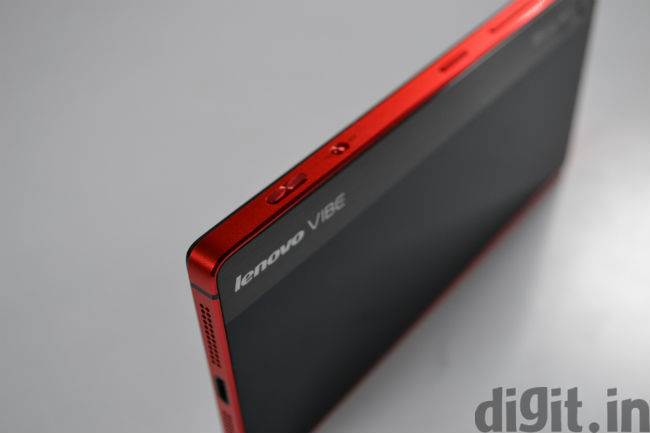 The phone isn’t light at a weight of 145 grams, and feels well built. The glass on either side makes the device feel fragile – it might break if you drop it from your bed, for example.

From the design of the smartphone, it is clear that it was targeted at those looking for a sleek smartphone with prominence given to the camera. The only downside here is that the device attracts way too much of fingerprints for my liking.

UI
Moving to the UI of the Lenovo Vibe Shot, it runs on Android 5.1.1 Lollipop with Lenovo’s own skin overlaying it. Like the UI found on Xiaomi’s phones or the Honor 7 and even on iOS devices, there is no app drawer here. All the apps are on the home page, and you can club them into folders based on your preferences.

Getting the most annoying feature out of the way, every time I unlock the device after a long time, I am prompted with a pocket protection popup, which prompts me to press the back and volume down button to use the device. It can get very annoying when you want to start using the smartphone to get work done, and get greeted with this pop-up. 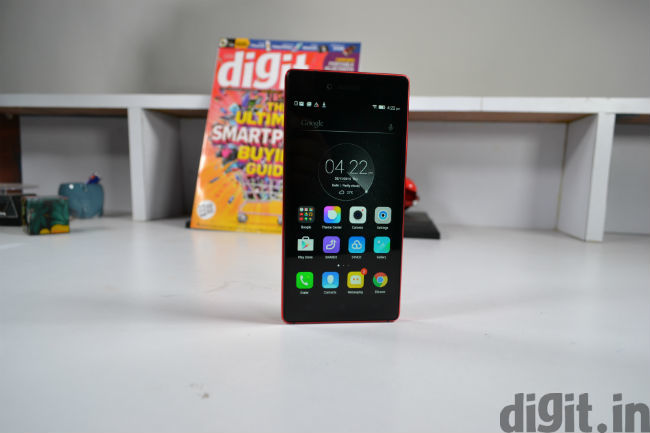 Moving to the rest of the UI, it is standard, and is what you’d expect from such a device – a bunch of preloaded apps you may never use. There is, however, one thing that I like about the UI – the drop-down notification centre. You have access to more shortcuts here than you do on stock Android, and despite the number being high, it is neatly laid out and easy to work with. There is also a “Secure Zone” protection option in the settings for all you paranoid smartphone users. 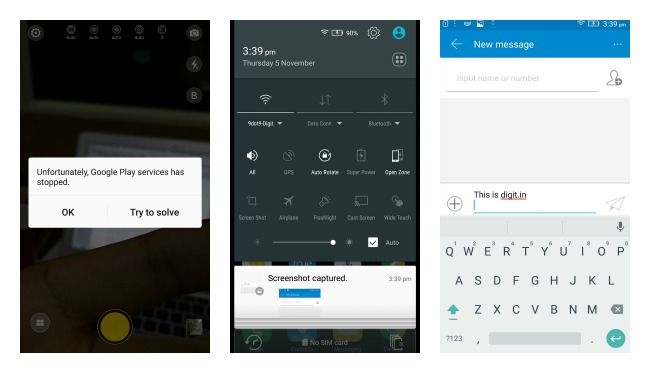 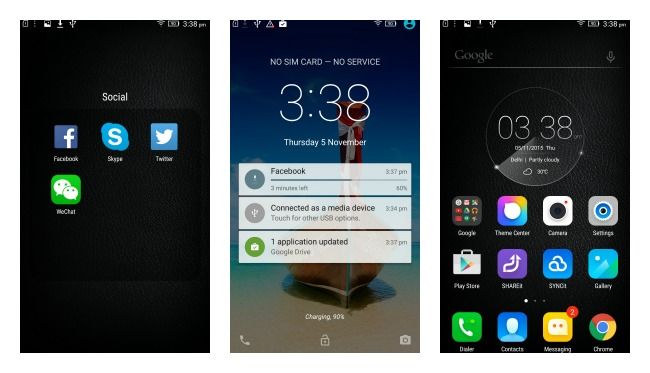 Performance
Before we get into the raw performance of the smartphone, here is a look at the specifications. The Lenovo Vibe Shot has a 5-inch 1080p IPS display, Qualcomm MSM8939 Snapdragon 615 SoC, Adreno 405 GPU and 3GB of RAM. The rear has a 16MP camera, and the front has an 8MP camera. A 3000mAh battery powers the entire package. Here is a look at how the smartphone competes with other similar phones, in benchmark tests.

From the above scores, it is clear that the Lenovo Vibe Shot isn’t the most powerful phone when it comes to raw horsepower. There are some scores where it is close to the competition, whereas in other cases it lags far behind.

Moving on to the basic functionality of a smartphone – calling. There is one issue that I faced consistently – network. The last few phones that I tested recently, worked well within the parameters of my house – full network strength and good call quality. The Vibe Shot, despite having full network, would face call drops within 10 minutes into a call. There is no call that lasted beyond 10 minutes. Elsewhere, the connectivity was decent. I tried other phones thinking that the there is a connectivity issue in my house, but they worked fine. The other devices I used included the Nexus 5, iPhone 6, Honor 7 and the Nexus 6P. So, unless there is some mystical force at play, there are some network retention issues to consider here. 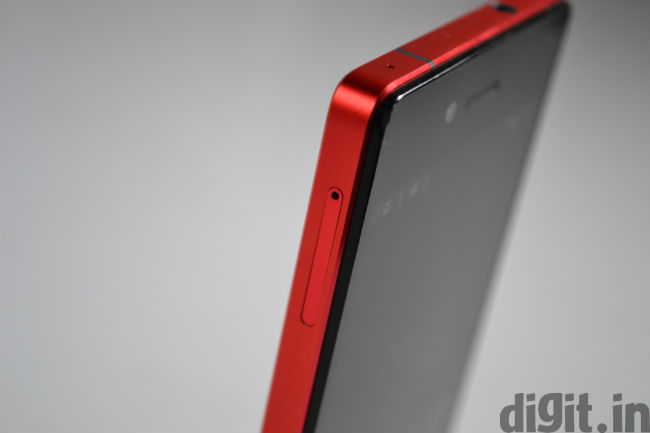 Coming to other everyday tasks like watching videos, listening to music, social networking, gaming and YouTube streaming, and the phone worked fine. You can have 20 apps open, and the device won't stutter. You can also have a few apps open, and be randomly greeted with a popup, which says that Google Play Services have stopped working. There are also random stutters and lags on the device.

Camera
Coming to the reason you will buy this smartphone – the camera. The Lenovo Vibe Shot’s camera produces images that are crisp, and black levels are really deep. Amateur photographers will be satisfied with the results that they get in auto mode, which is pretty good. For the professional inside you, there is the pro mode. 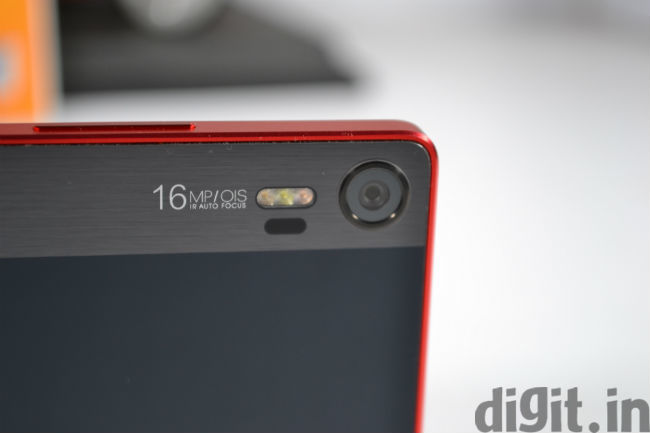 The Pro mode of the Lenovo Vibe Shot offers users a bunch of shooting options such as ISO, focus, exposure, white balance and more. The interface is simple, and accessing the controls before taking that perfect shot is convenient. Overall, the camera of the Vibe Shot is the only reason you will pick up this smartphone. You can take a look at an in-depth look at the features of the Lenovo Vibe Shot's camera here.

Battery
Coming to the battery life of the Lenovo Vibe Shot, it is good. In our continuous video playback test the device lasted for a little less than 8 hours, which is good. On an average day's use that involved calls, messaging and mails, some photography and video consumption, I was left with 30% charge left, close to the end of the day. That is not so bad. 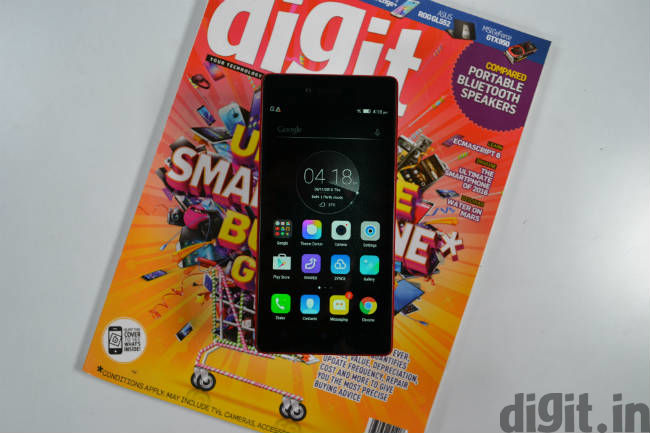 Bottomline
Here is the million dollar question – should you consider picking up the Lenovo Vibe Shot? Well, if the camera is something that appeals to you and it will be your most-used feature, why not? But, for a budget of Rs. 25,000, you will possibly be looking for a better overall-performing smartphone. Then, we recommend you take a look at the Honor 7 and the OnePlus 2 before making your purchase decision.