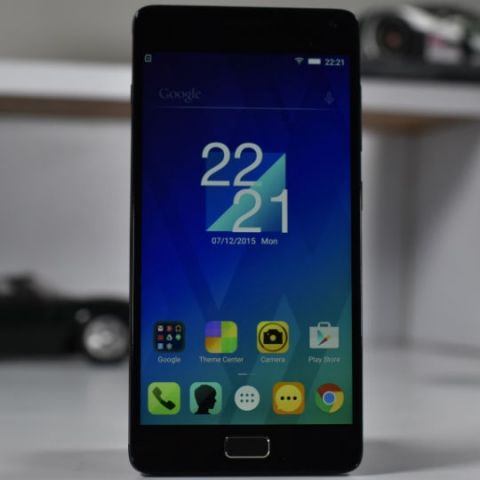 The Lenovo Vibe P1 makes a lot of sense if you care about the fingerprint sensor. If you don't, though, and can spend Rs. 2,000 more, then the Gionee Marathon M5 is a better buy than this phone. The Vibe P1 provides very good battery life, but does not match up to the Marathon M5.

The battery issue seems to be the next threshold for Android OEMs to pass, and brute force is the way they’ve chosen. The capacity of the battery doesn’t necessarily promise good battery life, but in most cases, it can help. So, when Lenovo announced the 5000mAh battery on its Vibe P1 smartphone, we were naturally excited. There have been many attempts in the past, but having reviewed the Gionee Marathon M5 before this and now the Lenovo Vibe P1, I must say, the efforts seem to be coming to fruition only now. In the past, there have been phones that promise long battery life, but none really go the distance. Well, that’s all set to change.

Battery
The 5000mAh battery really defines the Vibe P1’s priorities. The phone is meant to last long...really long. (See what we did there?) There’s one problem, though – while in general the Vibe P1 can go for almost 12.5 hours on the Geekbench 3 battery test, that’s still less than half of what the Gionee Marathon M5 can do. Similar results are replicated on a looping video test as well. None of that really matters though, since the Vibe P1 can still provide more than the usual battery life that we have come to see. 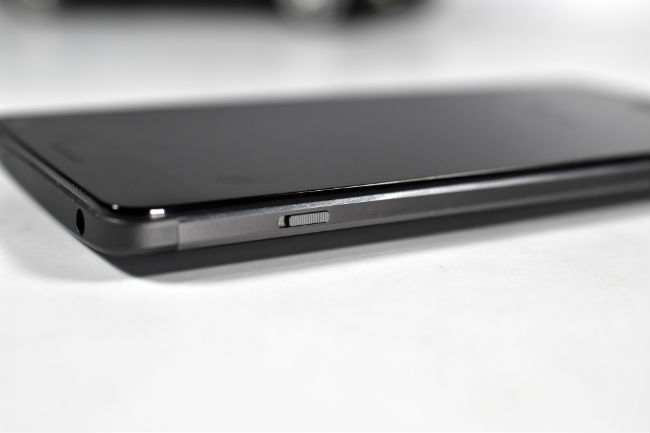 The reason for which I would pick the Marathon M5 over the Vibe P1 is that the P1 depends more on its power saver modes, to last long. The phone has a dedicated switch on the left side, similar to what we saw on the OnePlus 2, except that this one switches the phone from regular to power saver modes, which are quite limiting. 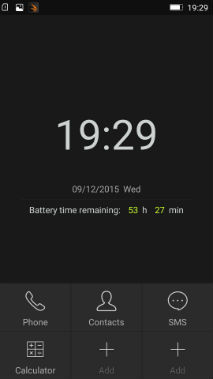 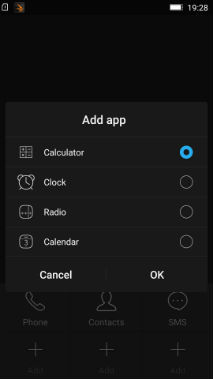 The Power Saver mode on the Vibe P1 is quite limiting

In the power saver mode, you can have six apps on the screen, none of which will be data-driven. Lenovo has allowed the user to choose the apps on this screen, but you can’t put your browser and the likes, here. It basically converts your phone into a feature phone, which I don’t exactly like. Samsung 'Ultra Power Saving'-type approach here may have been a better idea.

On regular usage, the Lenovo Vibe P1 should last you for about a day and a half easily, and unlike the Marathon M5, the phone charges quickly once discharged.

Display
While the priorities may be easy to ascertain, neither the Gionee Marathon M5 and nor the Lenovo Vibe P1 are compromising heavily on other aspects. The Vibe P1 has a 5.5-inch screen like the Marathon M5, but at a higher 1080p resolution. This is another area where I’d go for the Gionee, despite its lower resolution. The Marathon M5’s screen is simply more colourful and vibrant, while the Vibe P1 has a pretty dim display, not suited for usage in direct sunlight.

In fact, the Vibe P1’s dimness overshadows the fact that it boasts a 401ppi pixel density over the M5’s 267 ppi. On the other hand, both the OnePlus X and Lenovo’s own Vibe S1 smartphones have smaller and more dense displays that are also more colourful, and brighter. 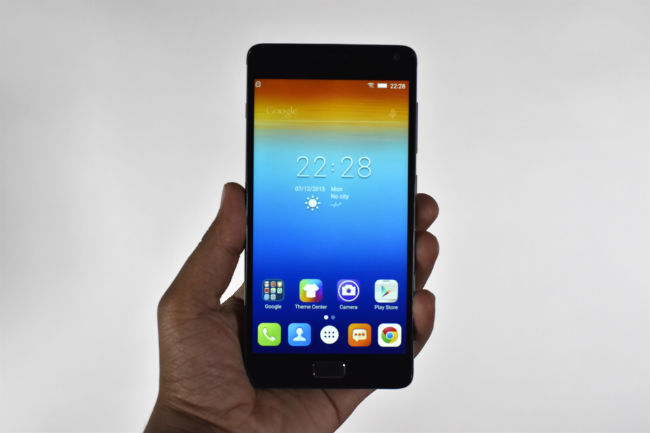 The display on the Vibe P1 is quite dim

Design-wise, the Lenovo Vibe P1 is a near replica of the Gionee Marathon M5 (or vice versa). The phone has a metallic frame, along with a plastic back. It is slightly thicker, but also slightly lighter, than the Marathon M5. The difference isn’t enough to make an impact while using the device. Like the Marathon M5, the Vibe P1 feels quite premium, and is built sturdily. 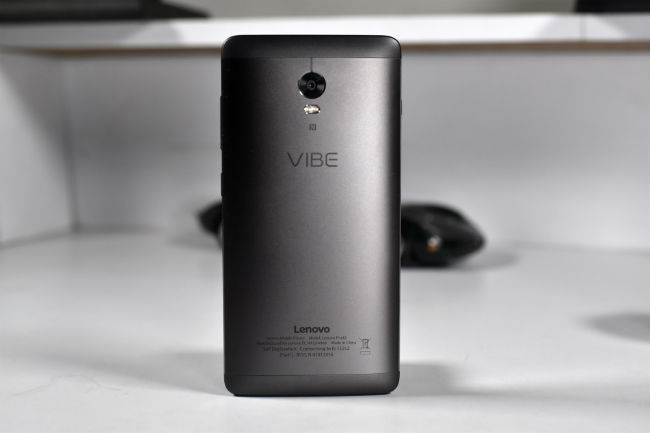 Overall, the phone is nicely built and looks premium enough

Performance
While the battery life offered by the Vibe P1 may not be as much as the Marathon M5, the phone also puts a little more emphasis on other features than the latter. It runs on a Snapdragon 615 SoC, hence providing slightly better performance than the Marathon M5, but nothing that can take on the Lenovo Vibe S1 or the OnePlus X. The benchmarks pretty much depict the difference accurately, in this case.

If you’re playing a lot of games on your phone, the Vibe P1 would make for a better choice than the Marathon M5. Also, a big plus point on the Vibe P1 is the fact that it has a fingerprint sensor placed on the front. This is something that neither of its competitors barring the considerably-higher-priced Meizu MX5 can boast, and the MX5 doesn’t hold a candle to the P1 in terms of battery life. 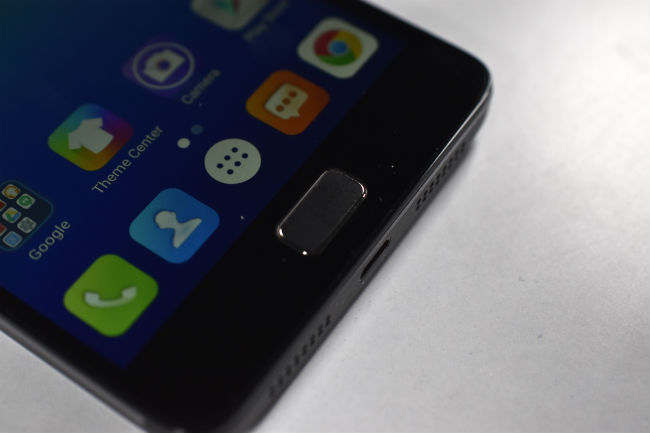 Camera
The 13MP camera on the back and the 5MP front module is another similarity between the Lenovo Vibe P1 and the Gionee Marathon M5. In fact, the camera quality is also pretty close, except that the Vibe P1 isn’t as good at stabilisation, and is prone to losing subject focus, under certain light conditions. Also, while the M5’s camera lacks low light performance, the Vibe P1 shoots much darker images under low light. Both the OnePlus X and the Lenovo Vibe S1 are far ahead of this phone, while between this and the Marathon M5, I’d have to choose the M5 once again.

Bottomline
It’s tough to pass an absolute judgement on the Lenovo Vibe P1. The phone is definitely among the best that Lenovo has produced, and it’s not a one-hit wonder like the Vibe Shot. If the battery life is your only concern, the right choice would be to go for the Gionee Marathon M5, but then again, you’d have to pay an extra Rs. 2,000 for it. In addition, the fact that Lenovo’s device has a fingerprint sensor is a big boon for it. So, if you’re wondering whether to buy the Lenovo Vibe P1, then go ahead, it makes a pretty good case for itself. If you have a slightly higher budget, though, the Marathon M5 is a better buy.