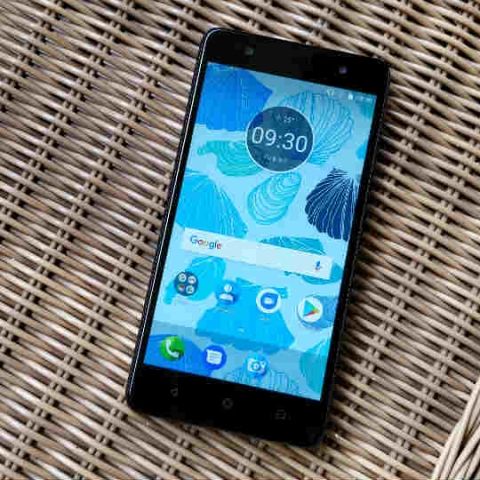 Taking everything into account, the Lenovo K8 Plus is the best budget smartphone you can get around 10K. It offers decent performance, a good camera, dependable battery life and at is well priced.

The budget smartphone segment is hands down the most important smartphone category, for both consumers and companies. The reason for that is quite simple; because most buyers are interested in budget phones only. Xiaomi has been leading the charge here lately, but like last year Lenovo has taken it upon itself to battle the Redmi onslaught. Equipped with dual cameras and large batteries, Lenovo’s latest K-series phones are taking the competition to newer levels. While the K8 Note did not make it to our review table yet, the new K8 Plus seems like a worthy contender. We tested the phone thoroughly and this is what we found out. 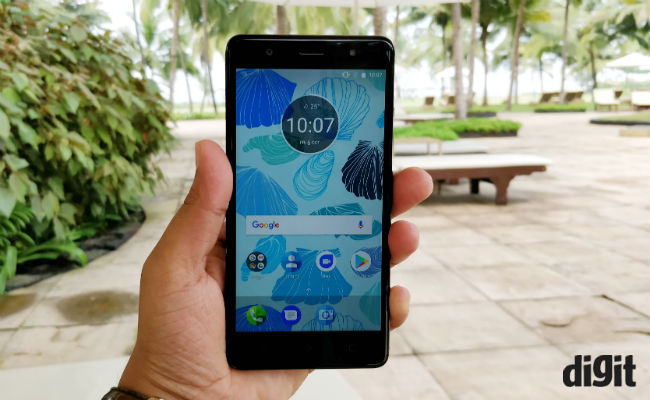 Build and Design
If you talk about specifications, the Lenovo K8 Plus is a completely different beast than last year's K6 Power. However, both phones look quite similar on first glance. Like every other phone in this category, the Lenovo K8 Plus also has a metal build, with the top and bottom portions made out plastic to facilitate antenna placement. Its build quality seems good for the price range, but the metal back is quite slippery and it almost slipped out of our hands multiple times during our review period.

On paper, the 5.2-inch display suggests a smaller form-factor. However, with a large 4000mAh at the back and thicker bezels on the side, the phone looks and feels rather chunky. In terms of ergonomics, it can be used in one hand, but unless you have larger hands, you may have to shift your grip to reach the top of the display. 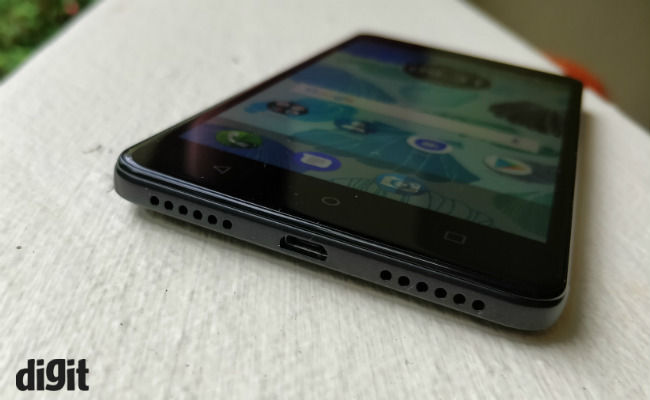 To add some novelty to the category, Lenovo has introduced a new physical button besides the volume rocker and power button. Lenovo calls this the music button, though you can assign it for other tasks as well. In default mode, you press the button for more than a second to initiate the assigned app or play/pause music. It work as intended and from a buyer’s perspective is a better implementation of the side button, unlike the Bixby button used on the high-end Samsung phones. Besides that, we feel that the two physical keys on the right side should have had better tactile feedback. Overall, for the K8 Plus, Lenovo has chosen functionality over form, which seems like a reasonable compromise.

Display and UI
Like the K6 Power, the K8 Plus also features an IPS LCD display, which is protected by Corning Gorilla Glass 3. Though the phone does not have 2.5D curved glass on top, the edges of the display are still smoothened for easy use. The colour fidelity of the display is decent and the same can be said about the sunlight legibility. Since this is an IPS panel, viewing angles are great. There is minor light bleed around the corners, but we don’t think it would be a deal breaker. The display is a smooth to touch, and is backed by Lenovo’s new stock UI. 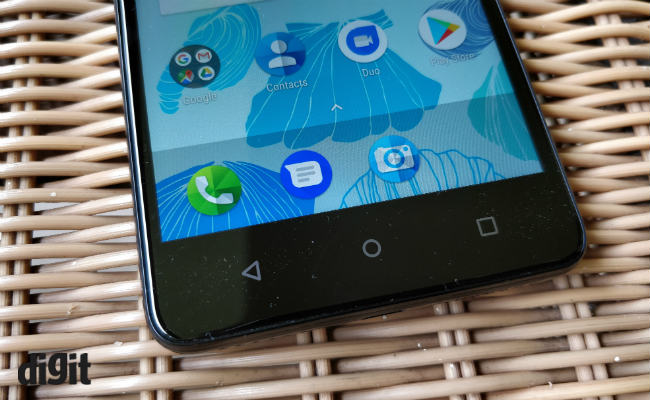 Borrowed from Motorola, the UI used on the K8 Plus is very simple to understand and use. You get a proper app drawer, and an untouched settings menu. The icons are pretty similar to the ones used by Moto phones. Even the camera app is identical to the one we saw on the Moto G5s a while back. The phone is running on the latest Android 7.1.1 Nougat and like Moto phones, Lenovo has promised at least one update on this device. 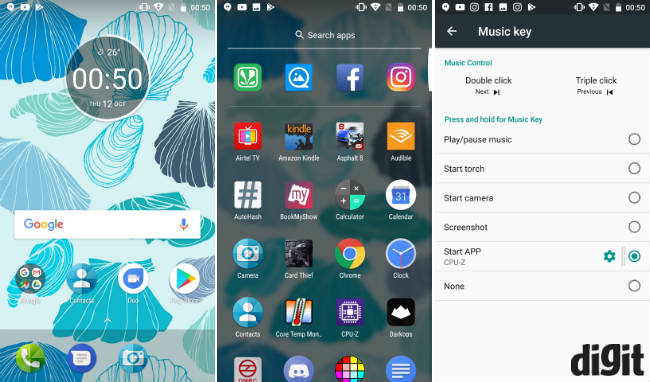 The fingerprint scanner on the phone isn’t the fastest we have seen in this category. It takes a second more to unlock than any of its competitors, but is accurate.

Performance
The Lenovo K8 Plus is powered by a MediaTek Helio P25 SoC. Here, it is paired with 4GB of RAM, but there is a 3GB variant of the phone as well, which is slightly more affordable. From what we observed, the Helio P25 does a pretty good job here. There is no discernible lag while navigating the UI, browsing the web, watching Amazon Prime Video or just taking a picture. Using the camera does raise the temperature significantly. We got temperature readings of 40 degree celsius on the back, which is not particularly uncomfortable, but still on the higher side. While gaming, the recorded heat reading on the back were 41 degree celsius. Talking about gaming, we played demanding games on the phone like Vainglory and Asphalt 8 and both worked smoothly throughout, without any major hiccups. We did see some minor frame drops, but nothing that would break your gaming sessions. The level load times were also decent and at par with current competition. 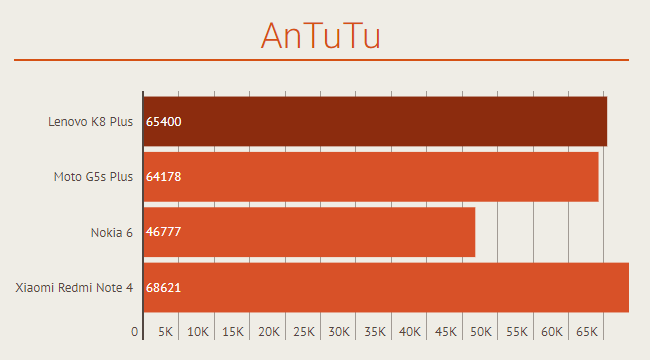 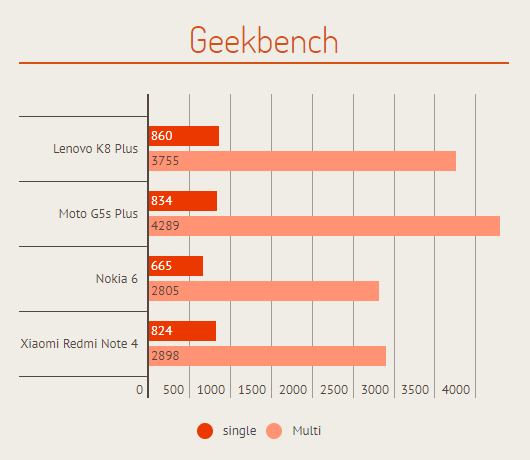 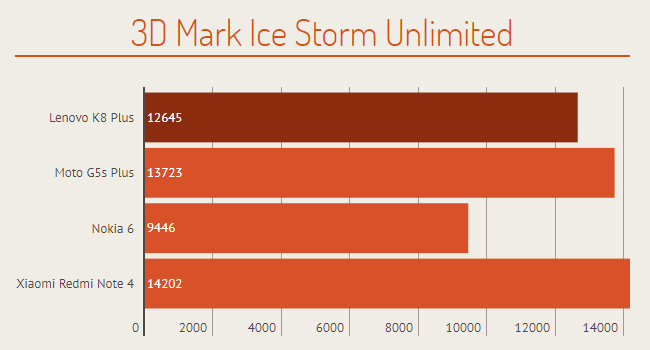 The phone features Dolby Atmos certification. Hence, the audio quality via headphones is quite good and music lovers who are looking to buy a budget device should keep the K8 Plus under consideration. The pre-installed app offers various presets and toggles that music enthusiasts will appreciate. While we would have preferred a dedicated DAC to go along with the Atmos support, it’s perhaps too much to expect at this price.

Battery
The phone runs on a 4000mAh battery, which easily managed a work day even under heavy usage. So, you can easily play games on the phone for half an hour, stream couple of episodes, make a dozen calls, check social media, click pictures and still end up with over 30 percent charge by the end of a normal work day. In our battery test, the phone scored 8 hours and 6 minutes of screen-on time, which further bolsters our findings. Moreover, if you are not into heavy gaming or don’t end up watching entire episodes on your phone, you may get at least two days of use on each charge. In addition, the phone supports fast charging, so you can go from 0 to 50 percent in just under an hour. That’s not the fastest charging scenarios, but it works given the impressive battery life. 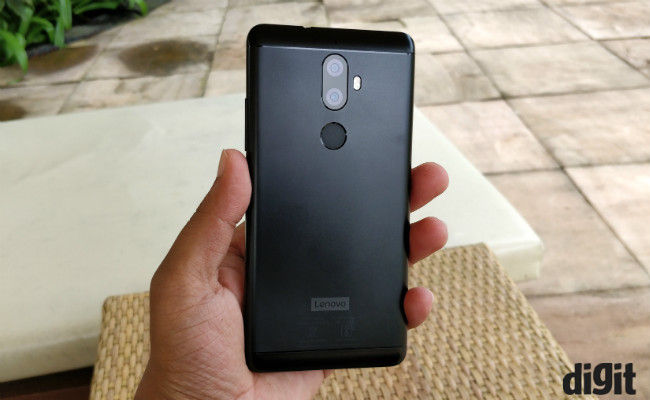 Camera
While the phone has decent performance and dependable battery life, its best feature is the camera. Lenovo is using a 13MP OmniVision sensor, which is accompanied by a 5MP secondary camera by Samsung, working as the depth sensor. This dual camera setup produces the best images we have seen on a sub-12K smartphone in a very long time. Images taken in ample light conditions have good details, decent colour saturation and dynamic range. 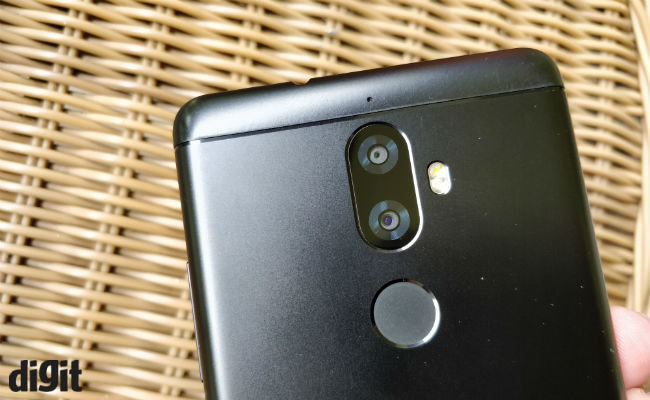 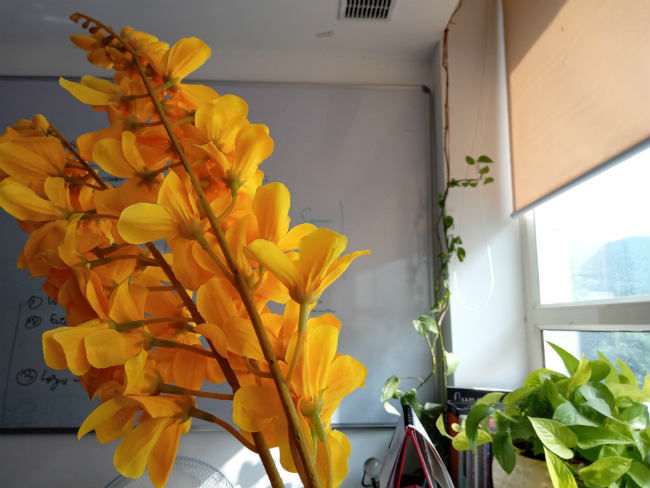 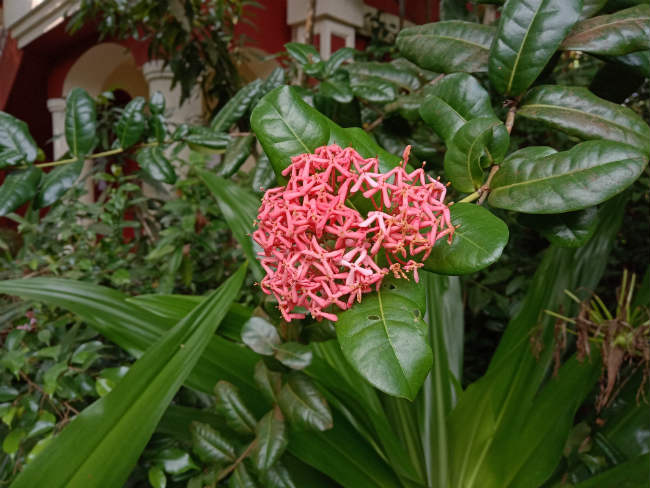 The low light capabilities of the camera are decent when you get the focus right. However, we found that white balance is a tad off in low light. It also takes a little more time to save the image. 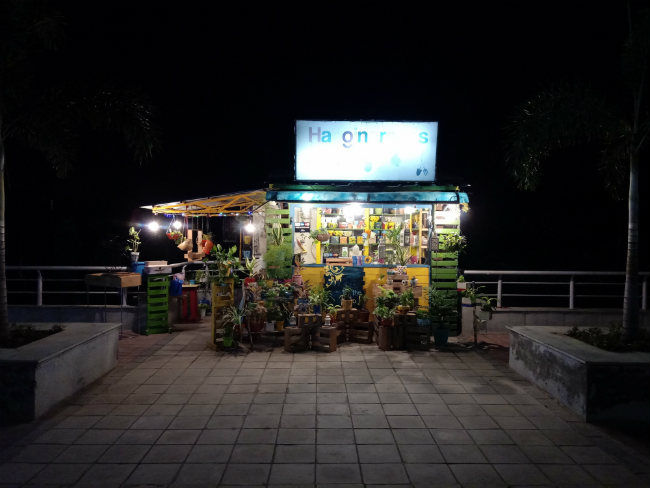 The dual camera setup allows the phone to take Portrait images too. Lenovo calls it the depth enabled mode, in which you can change the aperture on the slider from anywhere between f/5.6 to f/0.8. This allows the user to add blur according to their liking. On top of that, Lenovo’s software does a decent job in keeping the subject in focus. It works better with people as subjects, rather than other objects. The phone also takes a second or two to save that image. 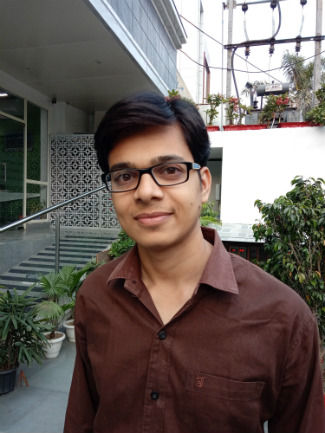 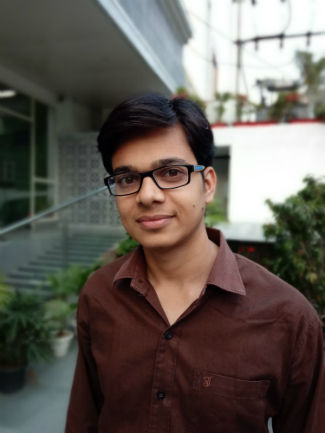 The front facing 8MP camera on the phone is relatively good. The camera captures a decent amount of details, while keeping the colour saturation on the warmer end of the spectrum. It produces soft photos (beauty mode) by default, which reduces dark spots and blemishes on your face. However, you can turn them off or change the intensity via a simple slider. The front facing camera also gets an auto HDR mode and flash, which does not add any extra value to the selfie taking experience. 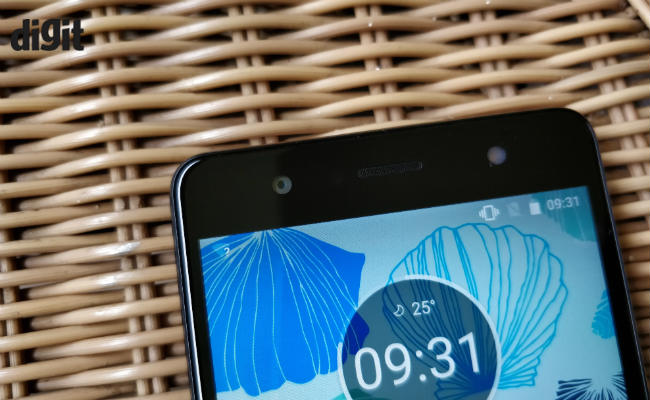 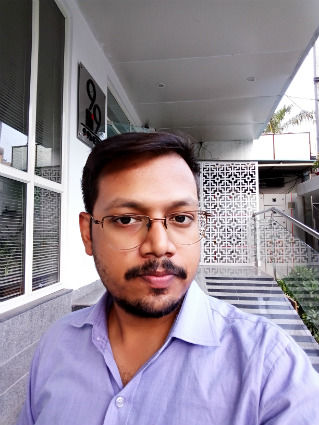 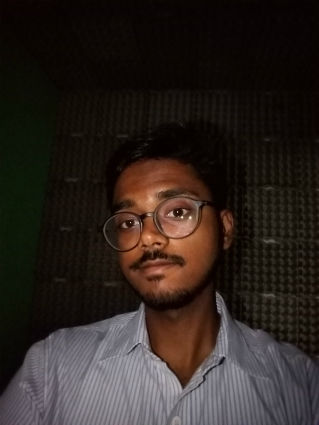 Bottomline
In short, the Lenovo K8 Plus is the best budget centric device you can buy right now. It has decent performance, dependable battery life and the cameras on both sides are quite good. We could nitpick that the metal back is a little slippery and fast charging isn't the best, but we reckon that it is not a deal breaker here.

How it compares
The Lenovo K8 Plus goes up against the likes of the Xiaomi Redmi phones and the slightly expensive and older Moto G5 Plus. While all phones perform almost at par, the K8 Plus is slightly smoother than the Redmi Note 4 or Redmi 4. Its battery life is quite dependable and in the camera department, the K8 Plus is only bested by Moto G5 Plus.