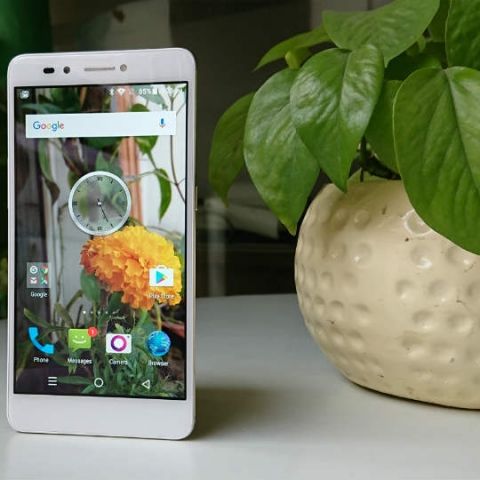 The Lava Z25 has its moments, but it’s an average smartphone overall. It has decent battery life and an above average camera, but it’s outdone by phones like the Xiaomi Redmi Note 4, Moto G5 Plus and others in almost every way.

Indian phone maker Lava has been better known for its budget devices, but it recently dashed into a higher market segment with the Lava Z25. The smartphone is the company’s attempt to take on the horde of phones from Chinese phone makers that rule this price bracket. Lava claims that the Z25 has the fastest fingerprint scanner among all smartphones. Also, the company says the rear camera can take “Stunning pictures” and it is apparently 25% faster than its competition. Well, these are some tall claims, but can it live up to those claims? We used the phone for a week to find out. 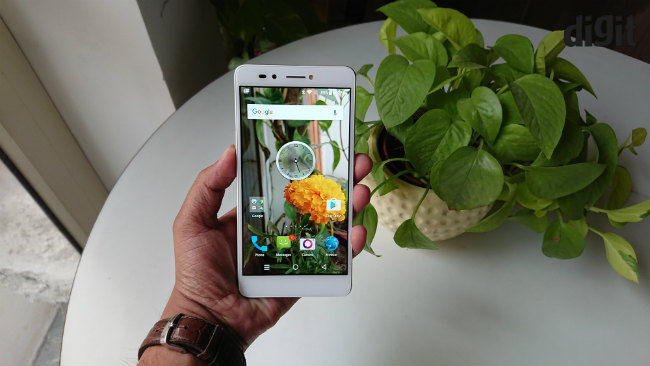 Build and Design
Priced around the 18K price mark, the Lava Z25 offers similar design and build quality as we have seen on other phones in the same price category. There is nothing particularly new about the design and we would add that the Z25 looks and feels strikingly similar to the Xiaomi Redmi Note 3. The metal back, rounded edges and a curved glass display are design traits that most companies now follow. Interestingly, this combo seems more seamless on the Z25 as edges feel smoother compared to a Redmi Note 4 or a Gionee A1. That said, the the wider body means it is not as ergonomic as a Moto G5 Plus or even the Gionee A1. 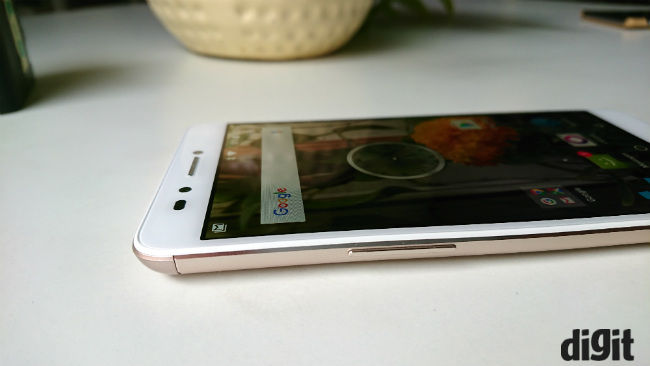 The rear camera has a slight bump, which we believe could have been avoided since the phone is already 8.5mm thick. The left and right edges have the volume and power keys that offer good feedback and feel sturdy. The hybrid SIM tray is also on the right side and the headphone jack and micro USB port are located at the top and bottom, respectively. The fingerprint sensor sits below the rear camera and is always on. So, you can jump to the home screen without turning the display on. The company claims this is the fastest fingerprint sensor out there and though it’s fast, we really don’t find it much faster than most other smartphones. Phones like the Redmi Note 4, Honor 6X and others unlock just as fast, at least when looking at them with the naked eye.

Display and UI
The display is a mixed bag. You get a bright 5.5-inch display, but it is just a 720p panel. However, colours appear washed out. The phone has a 2.5D curved glass on top and it’s resistant to smudges, making the touch experience quite smooth. But, quite disappointingly, we saw some false touches more than often. Although, with max luminescence of 650 lux, the display would feel bright to most and it can be viewed in all light conditions without squinting. 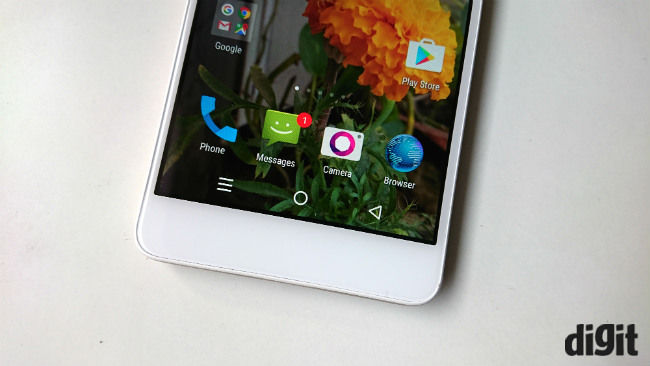 On the other hand, the UI is downright disappointing. To be perfectly honest, Lava’s UI is intrusive and makes little sense over the stock Android experience. The UI doesn’t add much by way of functionality or features, but it’s a pretty straightforward implementation. You get some gesture controls, but nothing really innovative or revolutionary. 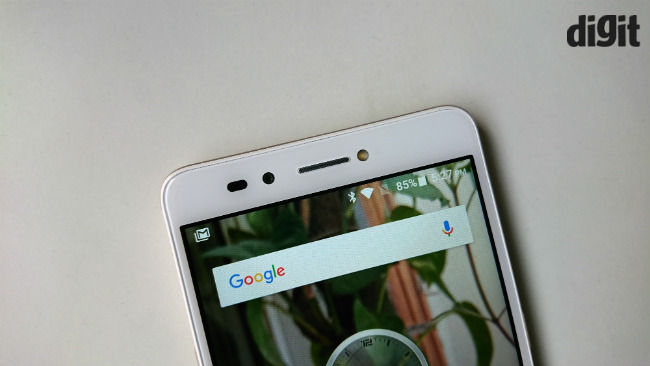 There is no search bar in the Settings menu and it is divided into three tabs (General, Sound and Display), which seems unnecessary. The latter two tabs, Sound and Display, do not have extra sub-menus to justify the separation. In comparison, a stock Android settings menu has pretty much the same functionalities, but is simpler to navigate. To be clear, other phones have broken up the Settings menu like this too, but most of them offer a way to retract to Android’s usual form.

However, all these are small niggles compared to amount of bloatware Star OS brings. The UI has a duplicate app for almost all standard applications available in the Android suite. Adding to the annoyance, almost all apps require essential permissions of your contacts or call information, which is concerning from a privacy standpoint. I mean apps like Torch and Browser require your contact information and the clock app wants to manage calls. Why? We have asked Lava for a clarification on the same and are waiting to hear back from them. 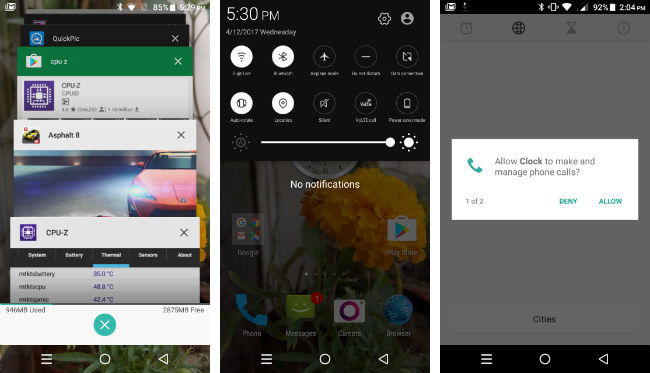 In addition the whole UI seems a little sluggish and the choice of using two-year-old Android Marshmallow on a new phone is rather disappointing. In fact, an outdated operating system is a big reason not to buy this phone. It’s not a problem with Lava alone, though. This price range, sadly has only two or three phones running Nougat out-of-the-box.

Performance
One of the main culprits of the UI being sluggish is the older and weaker processor. The octa core MT6750 SoC is paired with 4GB of RAM and though it can handle all kinds of apps, it does so sluggishly and feels slow compared to the current gen competition. Be it navigating through the UI itself, switching between apps or opening newer ones, the phone feels slow throughout. Using even the most basic apps, like Facebook, Instagram, Chrome, Youtube or even the in-built SMS messenger, the phone feels slow.

The gaming experience on the phone is also sub-par compared to other sub-20K smartphones. I recorded an average fps of 26 during Asphalt 8 with 80% framerate stability, which means it's playable with some judders. App load times and transition times between menus aren't the fastest, while gaming comes with some judders. 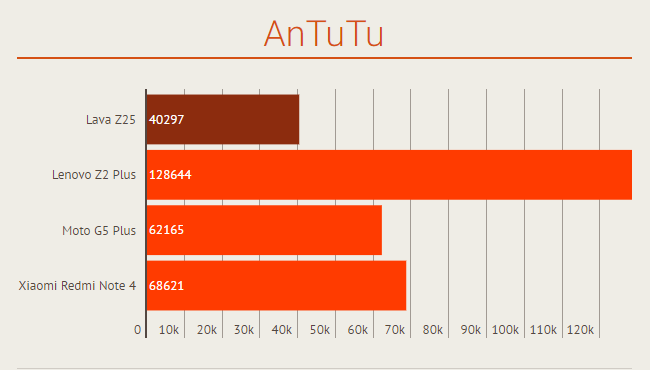 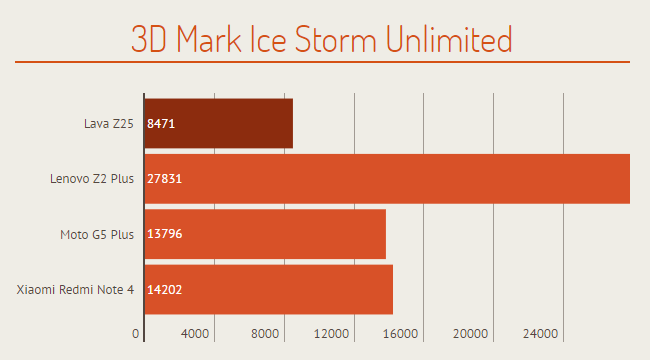 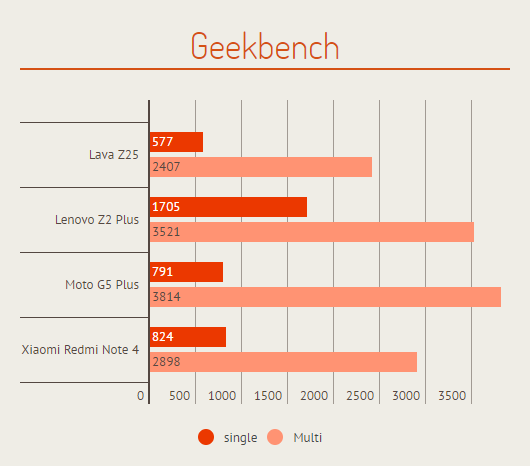 Call quality and reception is good and we didn't find any issues with it. The sound quality via headphones is also quite good. This is of course dependent on the quality and type of headphone you use. The bottom firing speaker, however, is neither loud nor of a good quality. The single speaker gets easily muffled when the phone is in your pocket or on a busy street. 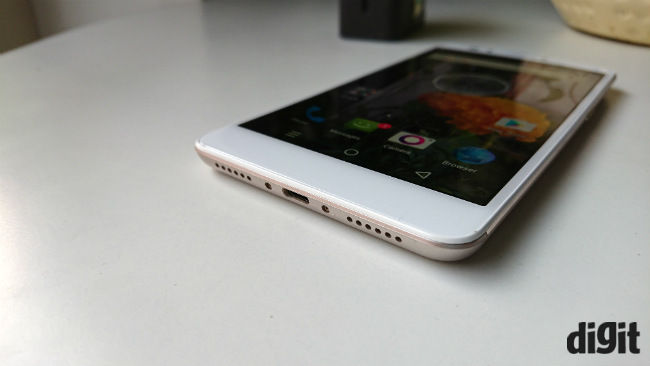 Battery
While the performance is slow, battery life is decent. The 3020 mAh non-removable battery is would work for light and moderate users who don’t game or watch movies all day on their phones. For gamers, the phone will last for about 3-4 hours on continuous gaming. Battery consumption is even lower if you are streaming video. In our tests, we recorded a max drop of about 12% while streaming an hour long 720p video over Wi-Fi, which is just about acceptable. As long as you weren’t expecting battery life at par with the Lenovo P2, Redmi Note 4 or even the Moto G5 Plus, you won’t be disappointed. 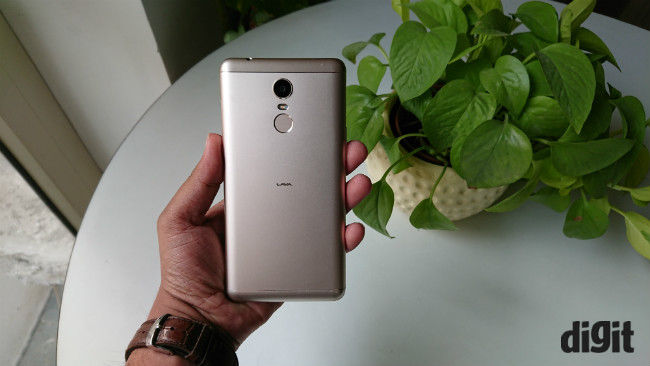 Camera
The 13MP rear camera on the Lava Z25 is the best camera Lava has ever produced. However, that doesn’t really say much against the current competition. It is not the best by any means, but it has some good things about it. It uses a Sony Exmor sensor with f/2.0 aperture and captures good details in almost all light conditions. It has a tendency to shoot pictures with a soft focus, and thus colours seem a little washed out compared to the other cameras we have seen in the same category. Low light images showcase a similar pattern, but with the addition of visible noise. While there are tons of modes and filters to exploit in the camera app, a pro-mode is missing. 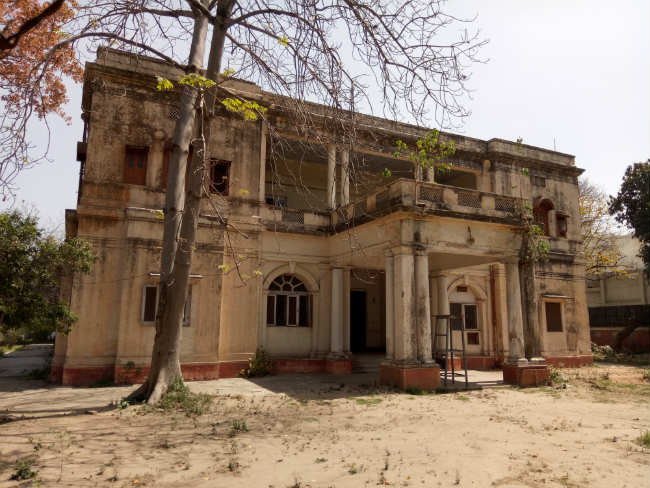 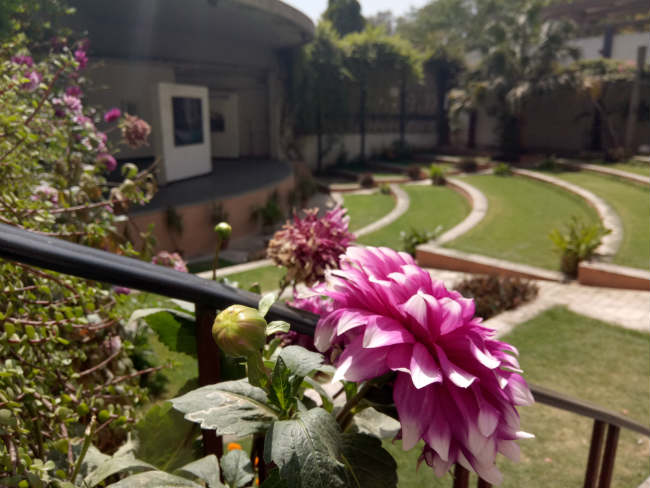 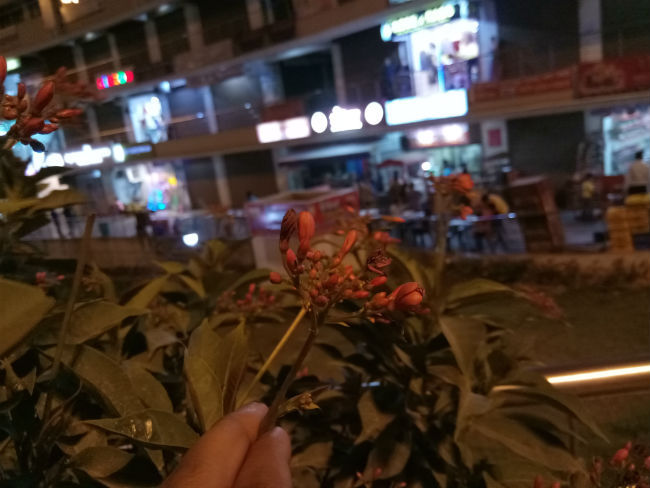 The front facing camera follows on the same footsteps as the rear camera and serves decent images. It captures commendable details, but loses out in offering the perfect colour saturation. Although, the overall colour saturation is slightly better than than of the rear camera. Image quality does deteriorate with dimming light, but the camera still manages to keep decent details for the most part. 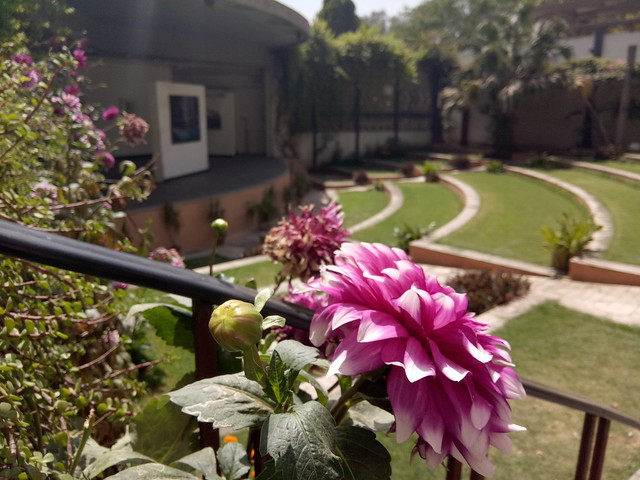 In essence, Lava has produced an above average camera here. However, it really doesn’t hold a candle to dual-camera smartphones like the Coolpad Cool 1 and Honor 6X, and is far behind the slightly cheaper Moto G5 Plus.

Bottomline
The Lava Z25 is not the best phone to buy. It has a sluggish performance on offer, has an average display and an intrusive UI. The design is rather uninspiring, but the rear camera is above average. It also offers decent battery life. It’s a bold attempt by the company, but in all honesty, we can’t really recommend this over phones like the Moto G5 Plus or Xiaomi Redmi Note 4. Both of these devices offer better value for money.