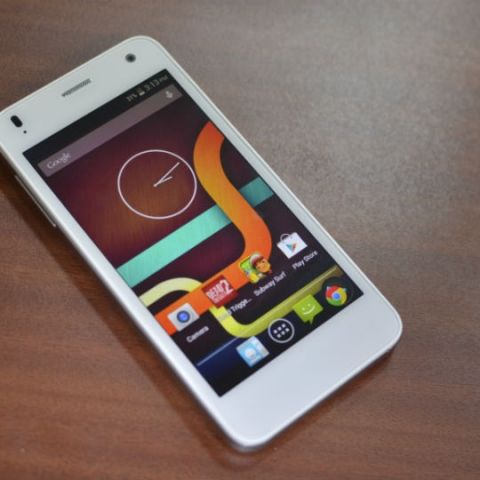 The Lava Iris X1 offers specifications, which would easily justify its Rs. 7,999 price tag. But we wouldn't recommend this over the Moto E, because the extra specs don't add to the performance of the smartphone. The phone still has perhaps the best looks in this range though.

The budget smartphone range has recently got a lot of phones vying for the consumer’s attention. Since the launch of the Moto E, companies like Micromax, Lava and others have brought multiple devices to compete in this range. Amongst these is the Lava Iris X1, which we tried out for some time. The phone has a spec sheet that doesn't look bad and it runs the Android 4.4.2 KitKat OS, but does it have enough? Here's what we thought. 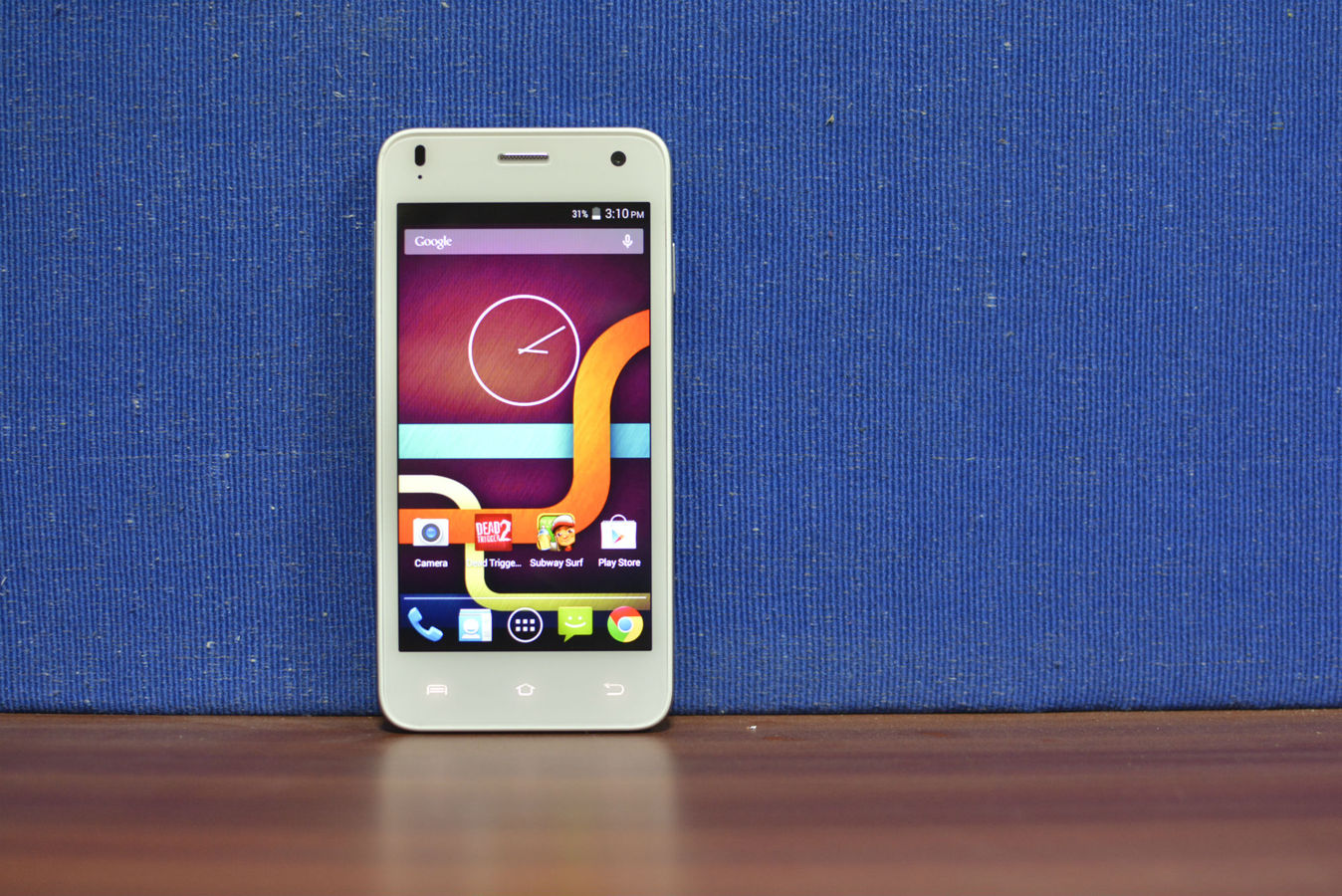 The Lava Iris X1 has taken a lot of cues from Apple’s iPhone design. At a glance, you may easily mistake this smartphone for an iPhone. In fact, if Lava had not kept so much space at the top and bottom, this would have almost been a replica of Apple’s design, minus the premium grade material Apple uses. Nevertheless, the Iris X1 is a good looking smartphone that outdoes most other Android devices in this range. 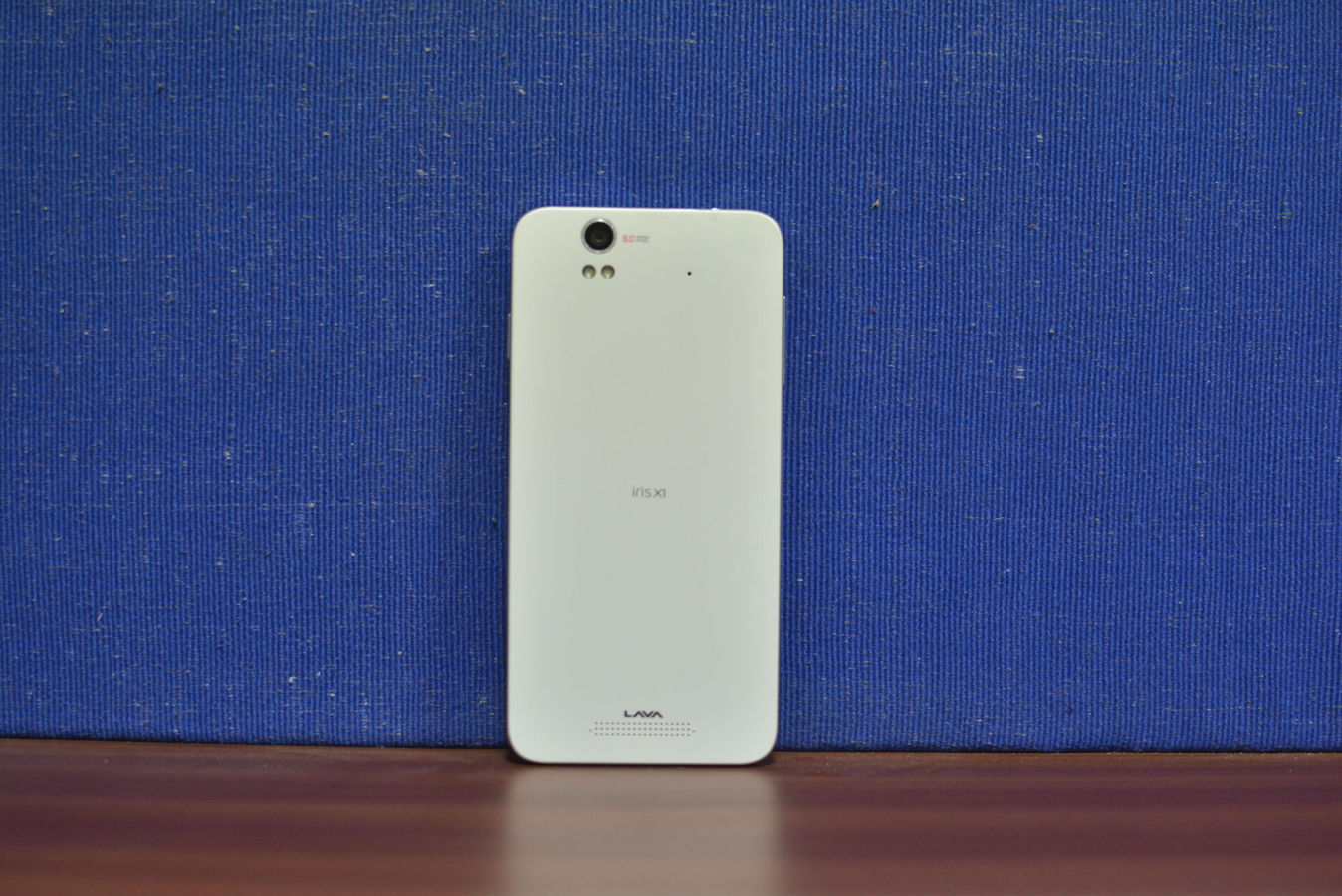 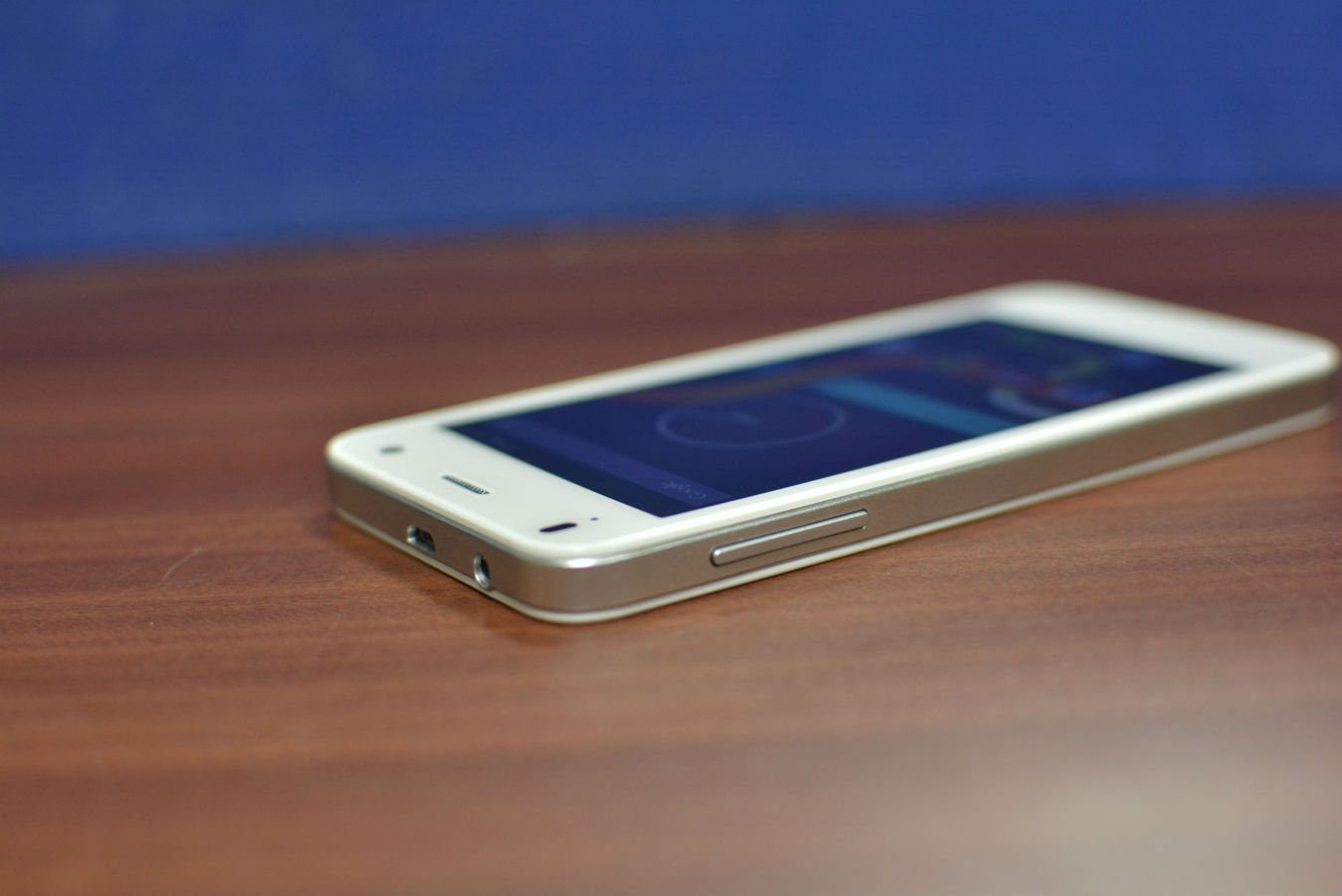 The smartphone has a plastic body, with the volume rocker on the left and the power on/off button on the right. The headphone jack and charging port are both at the top, leaving the bottom empty. The company has wasted a lot of space on the top and bottom part on the front, which could have been culled instead to make the phone smaller. 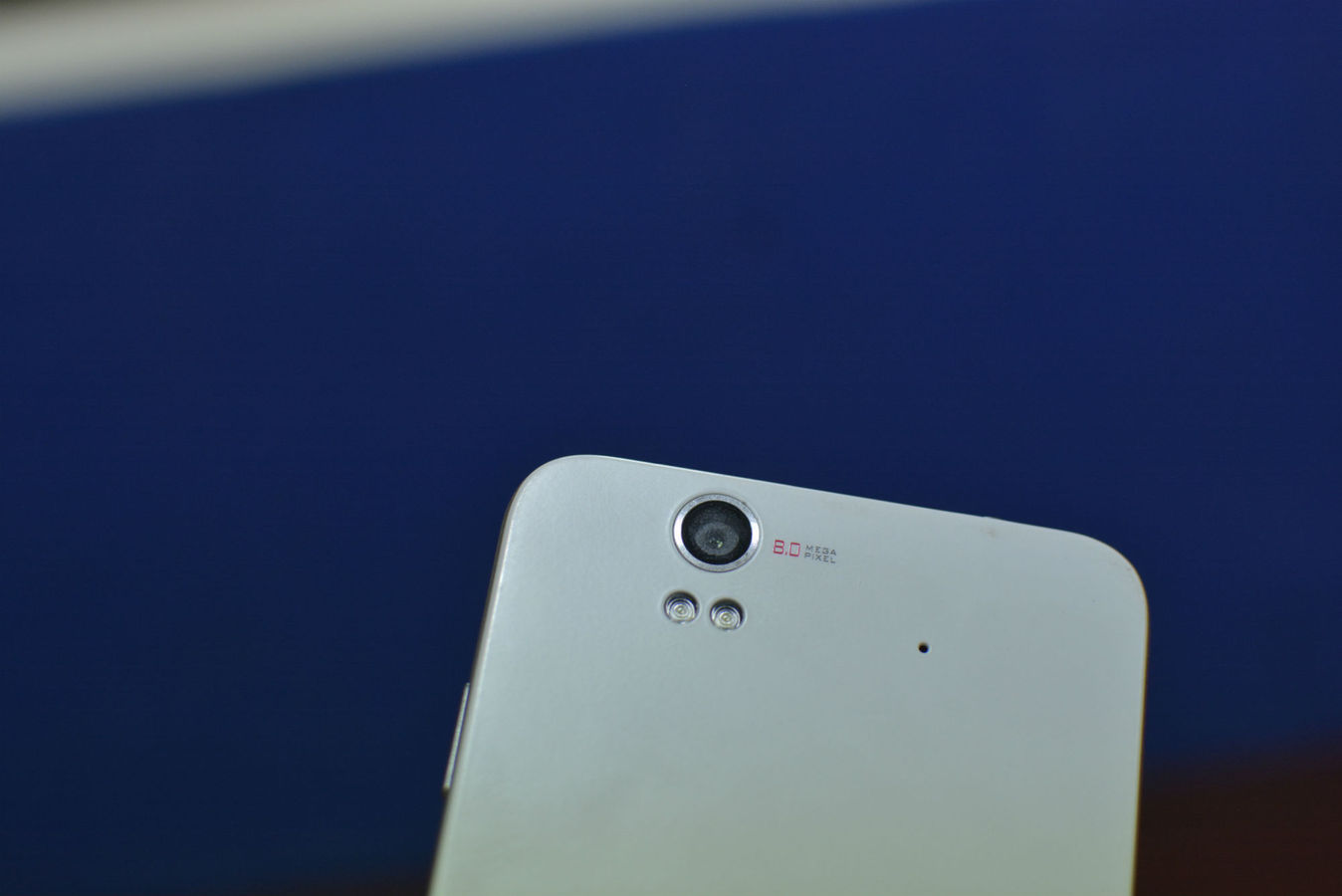 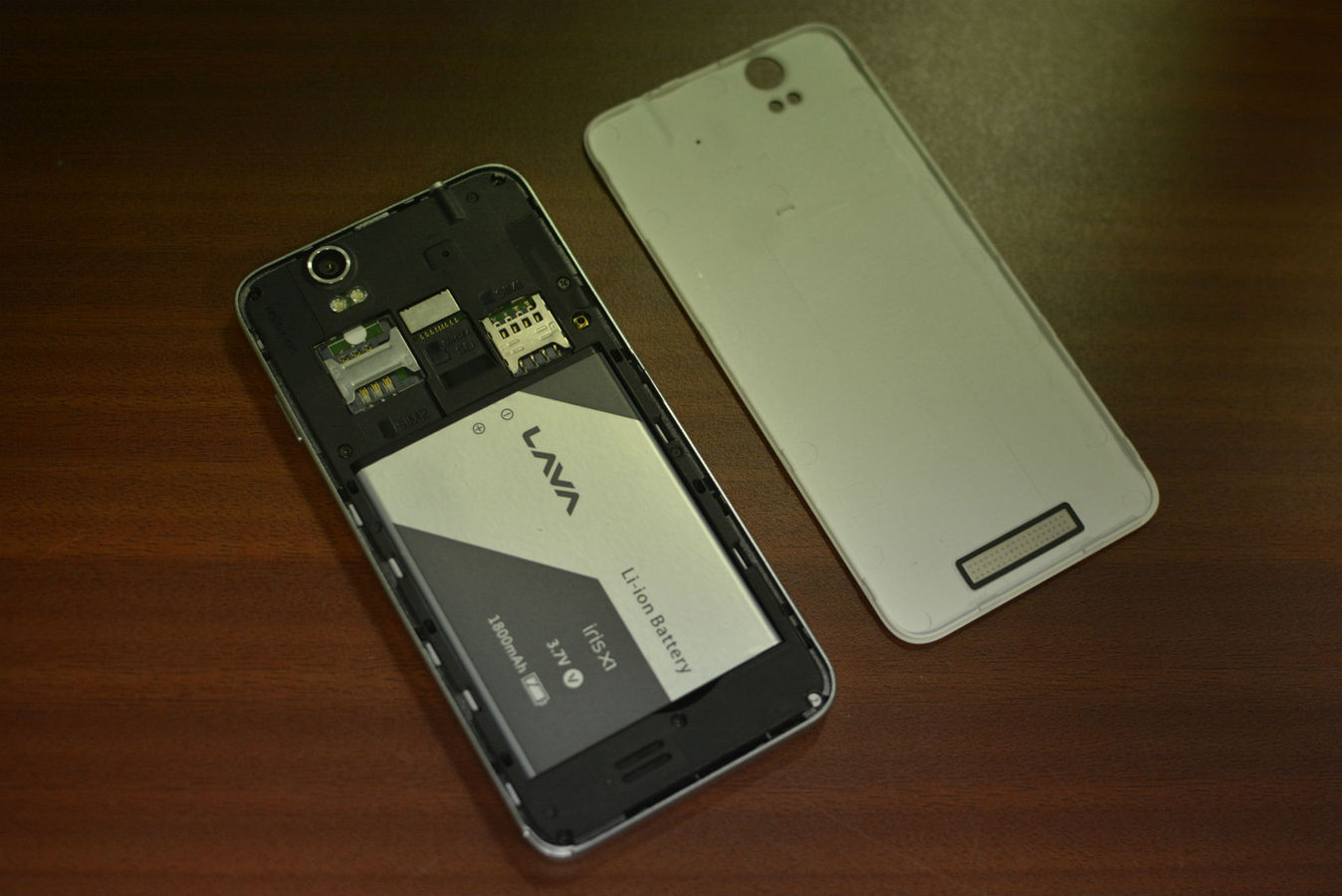 The Iris X1 is light, but the phone doesn’t feel all that sturdy. While it will be easy to carry around, the Iris X1 hardly seems like a smartphone that can take any rugged usage. On the face of it, the smartphone looks good in the hand, but it doesn’t feel as good as it looks.

The Iris X1 has a 4.5-inch 480x854 IPS LCD display, which has slightly lower resolution than the competing Moto E. It runs on a 1.2 GHz quad core Broadcomm BCM23550 processor along with the Broadcom Videocore IV GPU. The UI is stock Android, without any changes by Lava. 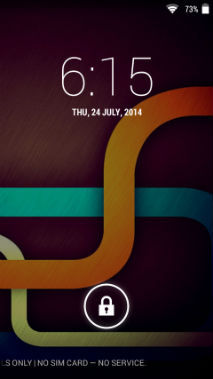 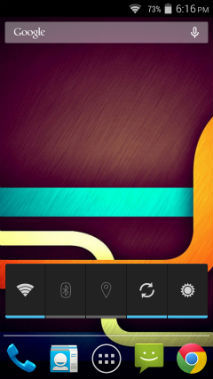 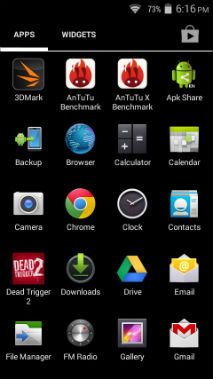 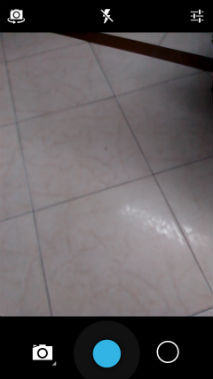 The Iris X1 showed some issues with touch performance, especially during gaming. The screen doesn’t always register your touch properly, which means that the screen sensitivity is somewhat off. There are also some lags in gaming and other resource intensive activities. We weren’t very happy with the performance of the smartphone.

The specs and benchmark performance suggest that the Iris X1 is a phone that you should buy for good performance in gaming etc. While it did give us benchmark scores above many competitors, it heats up very easily, even while watching a mere 5-minute long 1080p video. The phone heats up faster when you play a game on it. 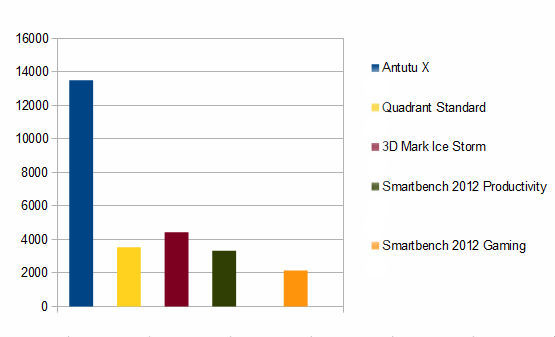 The 8 MP rear camera on the Iris X1 is one of the stronger aspects of the Lava Iris X1. The smartphone takes surprisingly good pictures in normal light conditions. Moreover, the dual-LED flash on the back has good coverage and doesn’t wash out images. It should be very useful when you’re hard up for light while clicking an image. 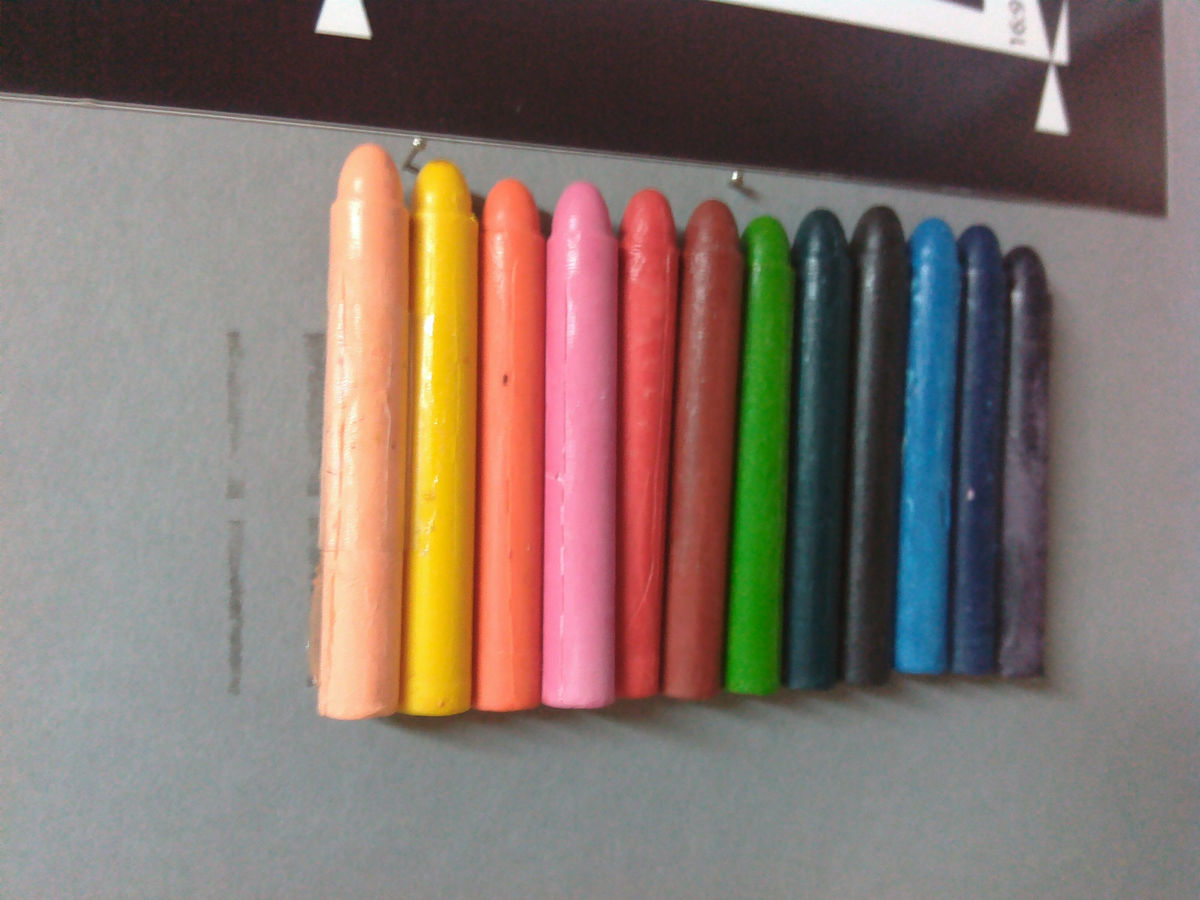 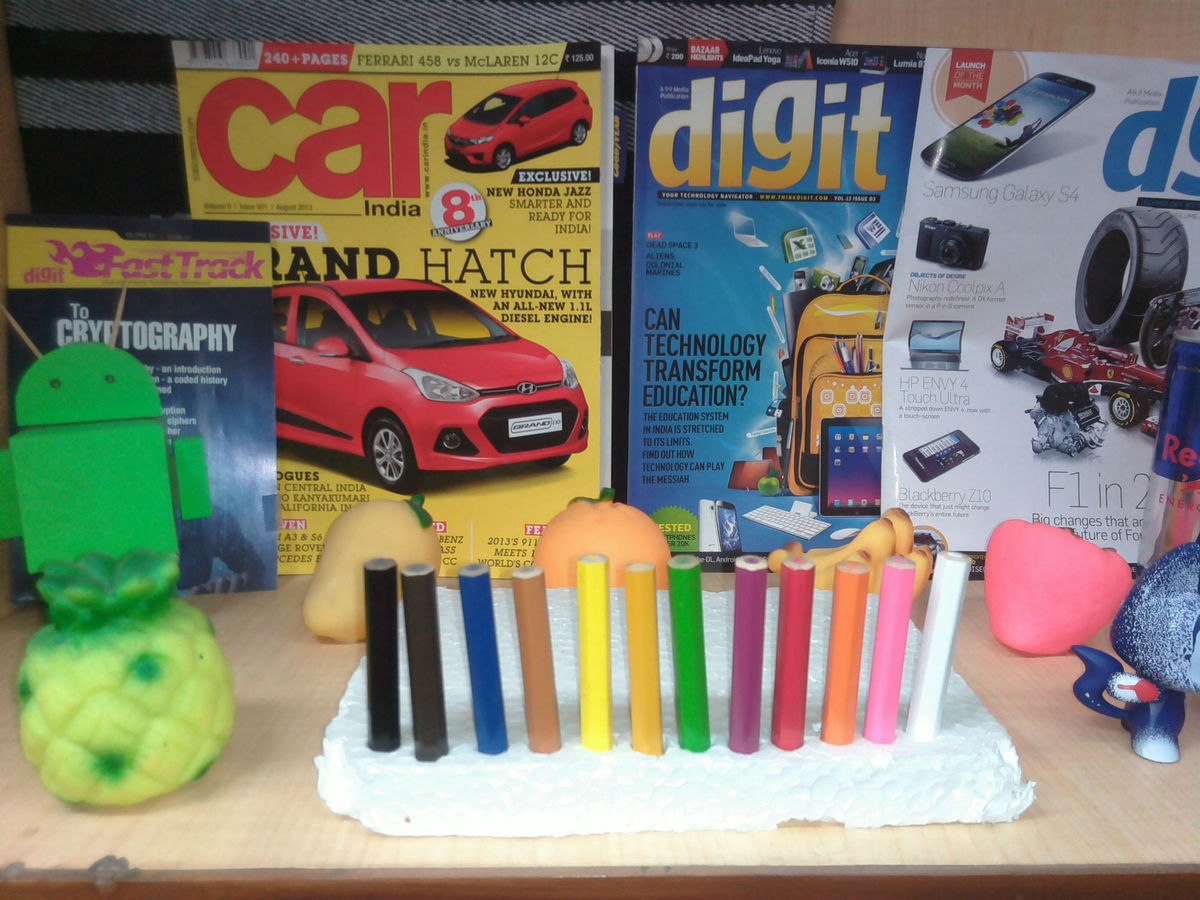 The images taken from the phone are quite good, with (left) or without (right) flash.

What we really liked was that the UI was fast and easy to use. The autofocus is also fast for a phone in this range, which means you can take impromptu pictures quite easily, without getting them blurry. This is definitely one of the better cameras you will get in this range. Lava has put a lot of effort into making a good looking smartphone, but the phone doesn't perform as well as it looks. If you're looking to buy a phone with the Androdi KitKat OS in this range, then you would be better off spending on the Moto E, which is priced about Rs. 1,000 lower than the X1. Alternatively, you may want to wait for the Xiaomi Redmi 1S, which is to launch in a month or so.