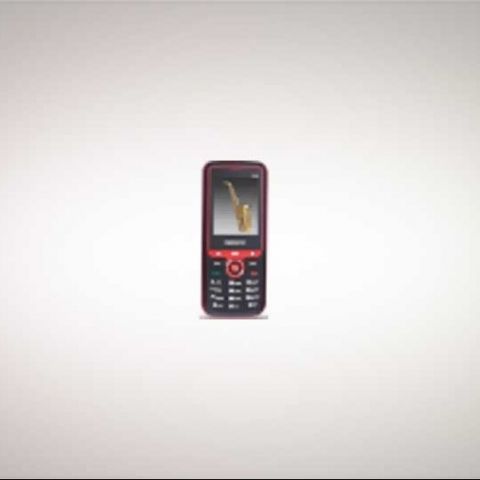 The Karbonn K406 does not fit into the shoes of a music phone it is marketed to be, lacking even a 3.5mm audio jack and delivering a lacklustre music performance. The flimsy build quality of the FM radio antenna and the mediocre overall performance further dents its value. At a price tag of Rs. 2,590, it is not worth the buy.

The Karbonn K406 is yet another dual SIM handset, one that is being marketed more as a music phone.  If anything, the overwhelming number of dual SIM phones in the market bring more buying options for the consumer. While attempting to differentiate itself from the innumerable other dual SIM handsets in the market, the Karbonn K406 unfortunately succeeds in imitating the design aesthetics of Tech-Com's T-21 to a considerable extent, which we have reviewed earlier. This of course indicates similar shopping sensibilities on the part of Tech-Com and Karbonn, when roaming the numerous mobile manufacturers and vendors in China.

[RELATED_ARTICLE]Identical to the T-21, the Karbonn K406 is coated with a matte black finish on the front and rear panels, with the typical red coloured strip decorating the body contours. The dedicated multimedia keys on the K406 are the only major differences in the design aesthetics between the two. In addition, the bevelled keypad design is a welcome change that aids in comfortable typing through consistent tactile feedback. The absence of a 3.5mm audio jack, however, is surprising, and does not justify the case of it being marketed as a music phone. The menu interface incorporates the traditional look and feel with no interesting customisations. However, the sub-menu classification is neat and well-organised. This makes it simpler and easier to search for the configurable options and settings.

Read on to know the performance, our take, ratings, specifications and test results on the next page...

[RELATED_ARTICLE]The Karbonn K406 yielded consistent signal reception results both indoors and outdoors. However, the voice clarity was better outdoors than indoors, which is indicative of a weak embedded antenna. The device earpiece volume levels were average, though not loud enough to overcome the noisy crowded streets. While the loudspeaker was more than audible, it delivered mediocre audio clarity even at volume levels less than 50%, thereby defeating its purpose in noisy environments. The handsfree headset too lacked in audio clarity and produced very feeble audio even at the maximum volume level.

The captured photo quality test yielded unsatisfactory results by producing washed out colours and blurred images even in close range shots. The captured video produced blurred frames coupled with pixelated artefacts and lacklustre colour accuracy resulting in poor video quality. The quality of the phone's display was mediocre, with decent sunlight legibility and satisfactory viewing angles. However, the video playback quality was poor with constant stuttering and intermittent frame freezes marring the user experience. Overall, the K406 is less than a mediocre performer, and invites tougher competition from cheaper phones like the Tech-Com's T-21.

The Karbonn K406 misses out on the 3.5mm audio jack and coupled with ordinary music performance, it fails to justify the cause of being marketed as a music phone. Being less than a mediocre performer in the overall test results, one could consider purchasing the cheaper T-21 or the T-51 from the stables of Tech-Com. Therefore, at a price tag of Rs. 2,590, the K406 is not a worthy candidate as a music or dual SIM phone.