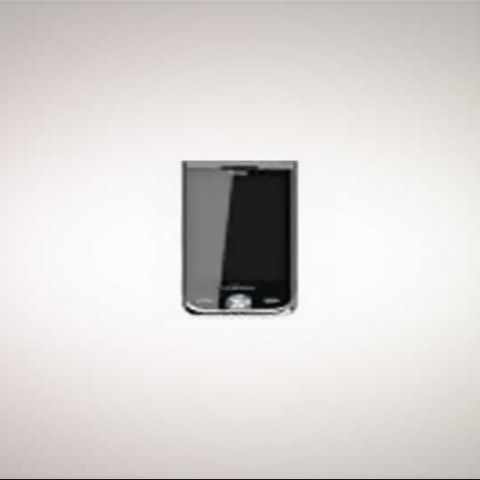 The IN8810 brings together two devices, a cellphone and a portable projector. The idea is good, and the additional capability to a mobile phone is more than welcome. However, the implementation of the idea needs to be a bit better. Good product, but not good enough to make you want to go out and buy it.

We have been hearing about ‘convergence of devices’ for a long time. And even though has been implemented in a subtle fashion till date, Intex has apparently taken the bull by the horns. The IN8810 fuses a  cellphone and a portable projector into a single body. An exciting concept, at least in terms of potential.

Out of the box, the sheer bulk of the device garners attention. When compared to the slim smartphones around, this one seems like a brick. However, when you put it into perspective the projector bit, and he extra room associated with adding this feature, the IN8810 doesn't seem that bulky.

The phone is essentially dressed in black, with dollops of silver around 3 sides and completely on the top panel. The volume and projector switch-on buttons are on the left panel. The dedicated camera button is on the right panel. The rear panel has the 3.2-megapixel camera, with the battery access cover starting just below it. I liked the slide-to-open mechanism implemented here. Most phones these days want you to use your nails to pry open the battery cover, which is very annoying. The 3.2-inch touchscreen takes up most of the front, with the call connect, disconnect and configurable key in the middle.

[RELATED_ARTICLE]To start off, the touchscreen response is just okay. It works well most of the times, but completely gives up responding when you least expect it. For expample, unlock the phone, click on menu. The menu opens up fine, but you cannot scroll through it because the touch isn't responding. Restart the phone and the problem is solved for the time being. The display quality of the 3.2-inch screen is mediocre. The interface is not very good either. It feels like the result of a junior school art competition. I have a sneaky suspicion that Intex tried to copy the Symbian S60 interface seen on the likes of the N97, but in an attempt to remain different, messed it up completely.  The interface, coupled with the iffy touchscreen response affects usability to a large extent.

Another very weird thing which I noticed with the interface, is the fact that if you switch the phone on, without a SIM card inserted, the messages menu does not show up. I have not noticed this with any other phone till now. Also, the picture gallery will disappear unless there is a memory card inserted. The good thing is the dual-SIM capability. This will largely negate the need to carry more than one phone. The dual memory card slots accept the microSD card type, and each slot is capable of detecting a max 8GB memory card. This takes the total expandable memory to 16GB, and the availability of two slots is quite a novel feature.

The call quality offered by the IN8810 was not up to the mark. Even in areas where I had pretty good signal coverage, the voice clarity fluctuated between good and average. At times, there was an echo in which I could hear what I had just said, in the midst of the words coming from the other person. Trying to hold the phone from different angles, I noticed an Apple antenna-gate type of issue - where signal quality changes with ones grip position. The speaker for handsfree use is quite good. It is quite audible and will be very clear at less than .

We have never expected phone cameras to replace the dedicated digicams, and this one didn’t change our minds. Passable images but not a lot more. There is a general lack of vividness, and the ever present noise further limits potential. Videos were jerky and not worth the memory space being used up!

However, it is the battery life which is the real positive of the phone. Under normal voice and SMS use, the IN8810 will last you about 2 days on a single charge, and maybe even a bit more. The 1500mAh battery does very well to provide mobility without being literally tethered to a charger daily. If you use the projector though, the battery will last about 3 hours of projector use.

Speaking of the projector, the video of resolution of 480x272 pixels and can blow up images to about 60 inches. However, in reality, you will not like to watch anything blown up more than 32 inches. The lightweight resolution does show up in a bad way, even when watching a basic movie. However, the smaller the image reproduced on the wall, the better the final result will seem. Keep it to about 30 inches and you will be able to enjoy a movie from the phone. Essentially, this will be the first projector experience for a lot of people. And for that, this basic projector will do the job. Just don’t try to get a 60 inch display on the wall, and the image will be okay! Therefore, this is one phone who's USP (user selling point) actually delivers!

Read on to know about the verdict and the price...

The IN8810 brings together two devices - the phone and the projector. The idea is good, and the additional capability to a mobile phone is more than welcome. However, the implementation of the idea needs to be a bit better. The phone, as an individual product, could have been a lot better. The good battery life deserved a phone with better voice clarity and a more intuitive interface. The projector is okay for not very big images, but a bump up in quality is really needed to make this an actual alternative for the portable projectors. Good product, but not good enough to make you want to go out and buy it immediately, especially considering the steep pr.

Intex V.Show IN8810 projector phone is a good idea, but needs better implementation

Intex V.Show IN8810 projector phone is a good idea, but needs better implementation