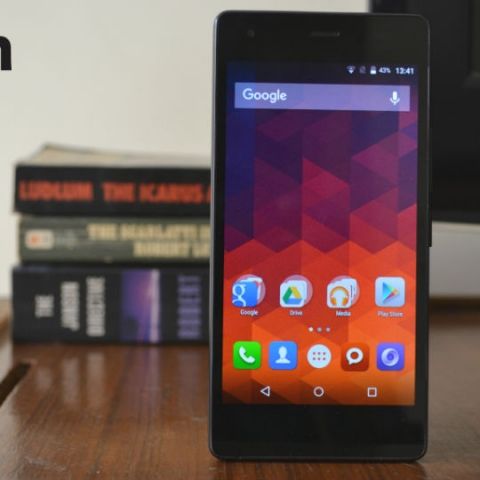 The Intex Aqua Ace looks good and has quite simply the best battery life in the segment but it is unable to justify its high price tag when performance is taken into account. While it is called the Ace and is able to ace the battery test, the rest of the phone is quite average.

Intex is a well known brand for affordable computer peripherals but the company does makes phones and televisions as well. However, unlike its peripheral business, it is struggling to achieve a firm ground in the mobile market. There are a list of phones which the company makes but they are nothing out of the ordinary. However, the new Intex Aqua Ace is different. The Ace has a beautifully inspired design and decent spec-sheet. But, will this be enough to make the phone stand strong amidst big names? We used the phone for over a week and tried to get some answers. Let’s find out how the Intex Aqua Ace fared. 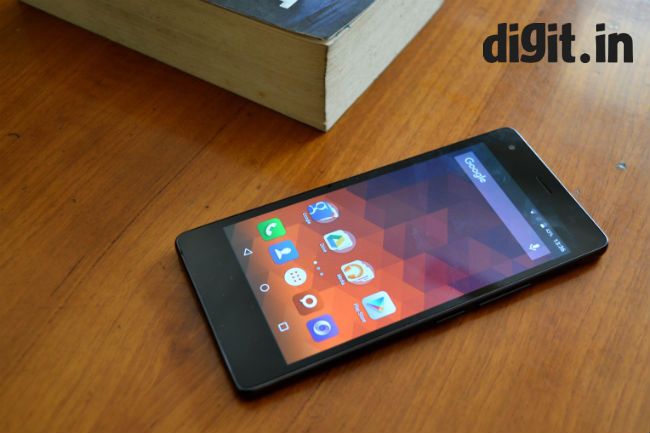 Build and design
I have been testing and reviewing budget segment smartphones for quite a while now and have grown accustomed to the matte and glossy backs, they generally come with. But, this was new. Intex has outdone all its previous designs. A glass back, rounded edges and a flat design gives the Intex Aqua Ace a look quite similar to the Sony Xperia Z5, which can be best described as "beautiful”. Other manufacturers have tried similar designs in the past but Intex has managed to do a better job. It would have been more appealing if the phone had a metal shell, to increase the robustness of the slim body. 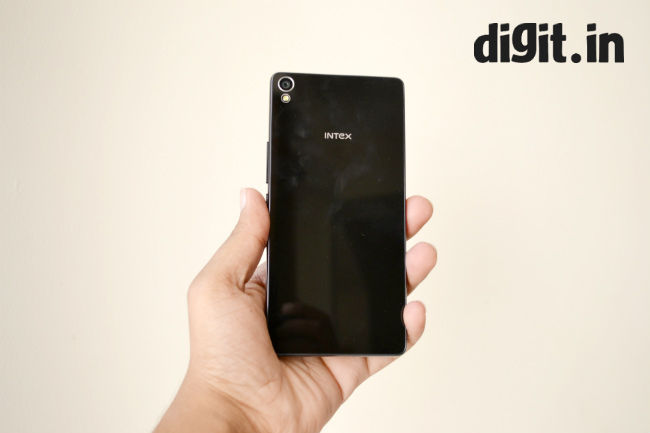 The slim bondy of the Intex Aqua Ace houses a dual-SIM drawer which is well Integrated and the two physical keys on the left side provide ample travel. However, the placement of the power button is one of the things I didn't like. It sits right in the middle of the left side and every time I picked the phone from a table, I ended up pushing it, inturn calling out the “Power off” menu. Going back to the glass back, it does give the phone it's distinct looks but is prone to scratches and fingerprints. It also makes the phone quite slippery to hold. In all, it's a good looking phone but the looks have little practical function. 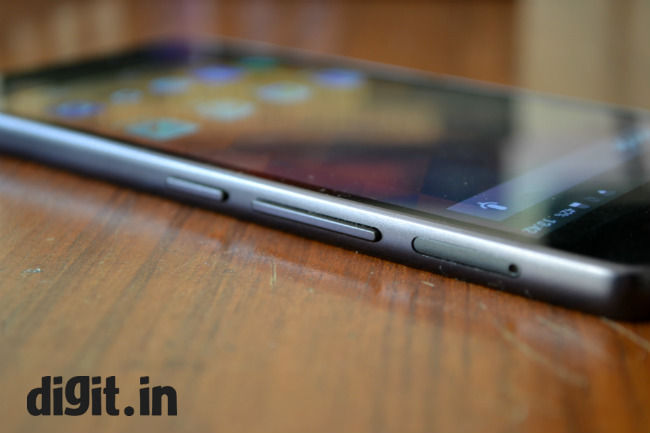 Display and UI
Now, unlike almost every other phone in this category, the Aqua Ace uses an AMOLED display panel. The display has ample brightness and decent viewing angles. Besides that, colours looks oversaturated and the clarity of the screen is not up to the mark. The touch response isn't that good either and ends up being just average. 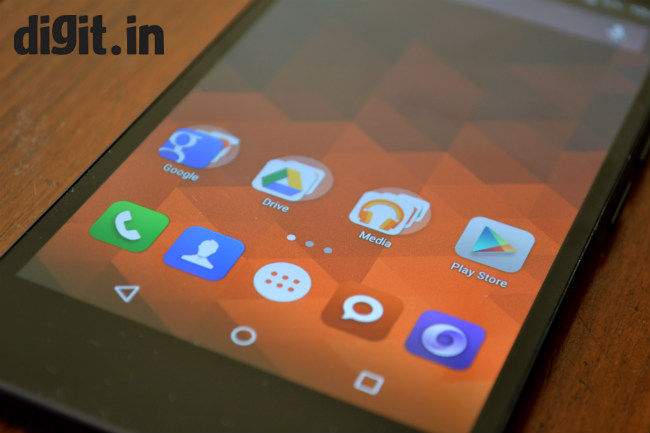 Intex has kept the basic Android Lollipop UI untouched but has added new tweaks to the software. First of all, there is a new icon pack which is definitely a mixture of all the icons Xiaomi has used untill now in its MIUI. Then, there are smart motion gesture controls like ‘picking the call by just placing it closer to your ear’. During the review period, most of these gestures worked as intended, with occasional hiccups. Another feature which is integrated is the Emergency SOS function which sends an emergency message with your location to upto 4 people. Its supposed to work when one presses the volume-up and down keys for 3 seconds, however we weren't able to make it work during our review period. When used, the key combination either increased the volume or decreased it. 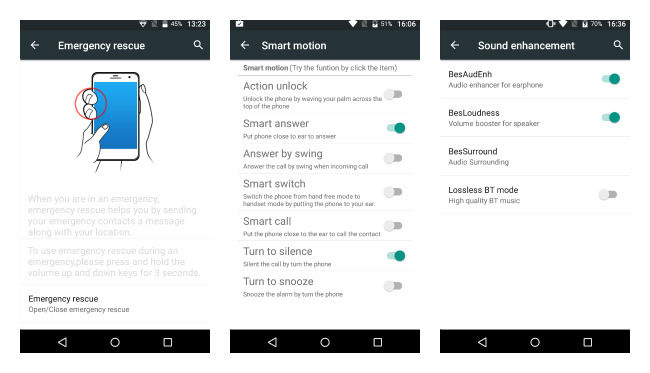 Performance
Using the phone on a daily basis, I found it is slow and laggy at times compared to the competition. At a 13k price point, options like the Asus Zenfone 2 and the Xiaomi Mi 4i are far better equipped to handle tasks. There is 3GB of RAM on board which Intex is unable to cash upon, since the SoC is not powerful enough to exploit the high RAM capacity. Gaming capabilities are average, and the phone was able to play big titles like Need for Speed with lower graphics settings and occasional stutters. Also, the phone does heat up when you are on a call or trying to play a game.

There are special settings in the menu to enhance sound quality via inbuilt speakers, headphones and even connected speakers via bluetooth. However, in my testing, I couldn't find any noticeable difference. To add, the audio quality via headphones was commendable but not so loud when played through the inbuilt speakers. Connectivity wasn't that great either and it looses 3G connectivity as soon as you go underground in a tunnel or basement. 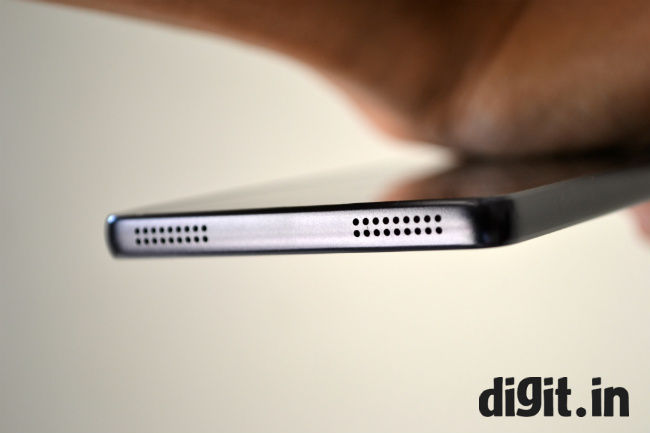 Battery
While the performance is just about average, the battery life of this phone has set a new benchmark at this price point. In our normal battery performance check, we loop a 1080p video until the battery dies. The phone kept alive for almost 14 hours. The 2,330 mAh battery is highly optimised and is able to cope with gaming as well, and lost just 15 percent of charge while gaming for an hour. In a normal day of usage which consisted of half a dozen calls, browsing, music streaming and almost an hour long gaming, the phone was able to last me an entire day. 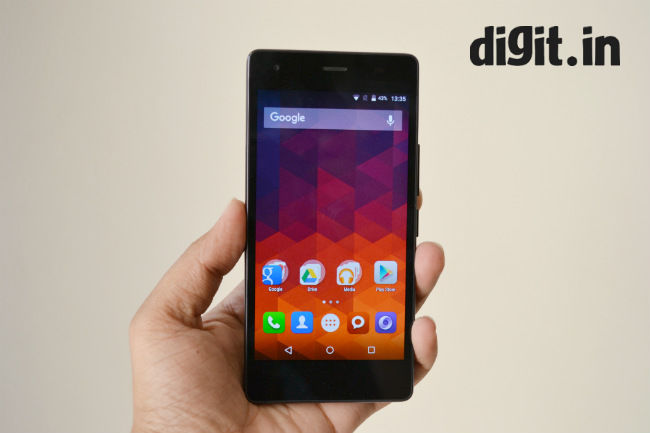 Camera
The 13MP rear camera on the phone is not that good. Images taken showcase oversaturated colours and lack details. The camera software tends to soften images in the post process, this inturn robs the image of almost all details and adds a pastel look to it. Focus time is longer than our expectations and the camera is unable to track the focus when shooting an image. Low light images showcase similar issues. The front-facing camera is decent in daylight conditions but suffers in low lighting.

Bottomline
The Intex Aqua Ace is a good looking phone and well equipped to be an everyday phone as well but, the higher price tag places it in the iron sight of some well placed phones in the category — Asus Zenfone 2, Xiaomi Mi 4i, etc. While the battery life is superb and the performance somewhat satisfactory, it is hard to recommend this phone over other phones in its category. Intex Aqua Ace is a likeable candidate for your hard earned money but it surely does not 'ace' our list of recommendations.