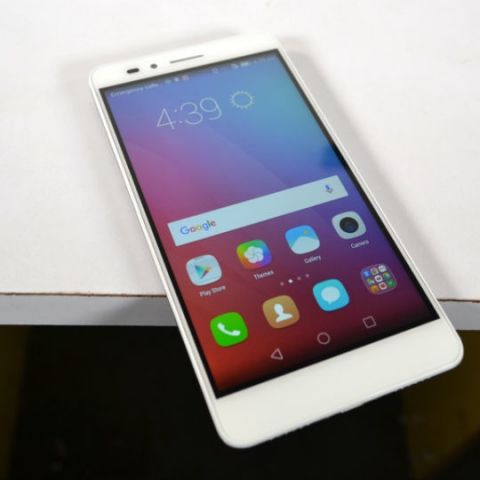 The Honor 5X is a smartphone that loses out against the uber-tough competition in the market. The device would have been appreciable last year, but with devices like the LeEco Le 1s and Lenovo Vibe K4 Note doing the rounds, it's tough to recommend this one.

Update: Due to the launch of new smartphones since we reviewed this phone, we have updated its rating retrospectively, since the competition is much tougher now. The rating was 68 earlier.

We often comment upon the similarity between smartphones in a certain price range. Frankly, it's a tad boring how every product is essentially the same. But while we can say that for most companies, it's something we've never accused Huawei of. Be it a dual-lens camera done right, its Kirin SoCs, or the best-looking Nexus ever, product differentiation has never been an issue for the Chinese firm.

That said, the Honor 5X shows where product differentiation can be a problem. It's a really good phone, but being a reviewer, I can't, in good conscience, recommend it over the LeEco Le 1s. Here's why.

Build and Design
Looked at from the back, the Honor 5X is almost exactly the same as the LeEco Le 1s. It's made of uber shiny metal, with a small plastic strip on the top. It looks quite attractive.

Turn it around though, and things start falling apart. It's a standard candybar design that would have been acceptable had the Lenovo Vibe K4 Note been its sole competitor. We're all spoiled brats though, and one metal phone changes our perspectives. That said, it's not that plastic can't be done well and one needs to look only as far as the Xiaomi Mi 4i to know why. 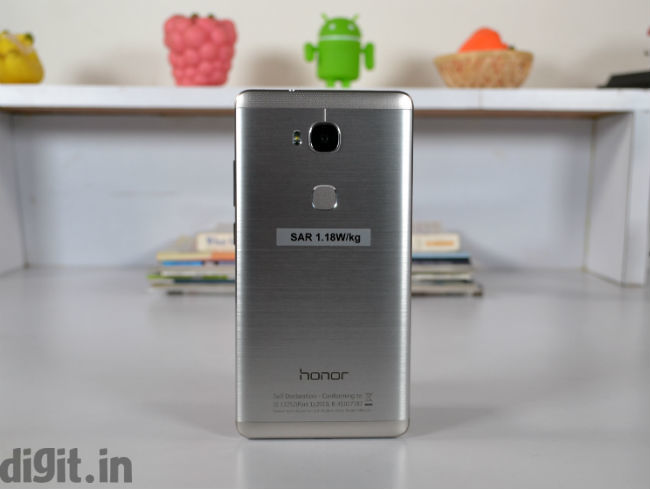 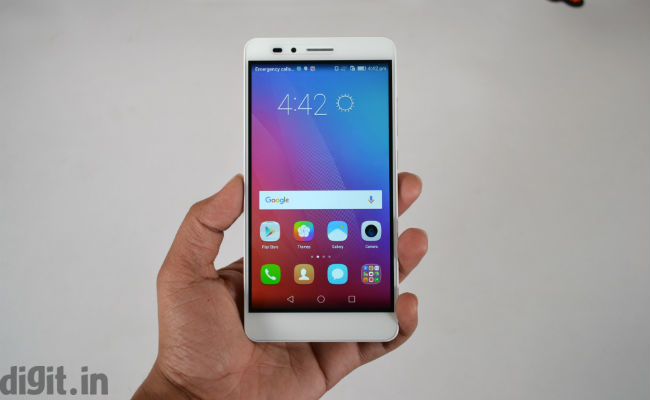 The Honor 5X just feels cheap because of the glossy plastic on the front. Perhaps thinner front bezels, both on the front and side, would have done well for it.

It feels sturdy enough for a budget device though, which is good.

Display
A 5.5-inch Full HD display is pretty much standard across most smartphones today, but whether you like the Honor 5X's display will come down to personal preference. As I explained in the comparison between the LeEco 1s, Honor 5X and Lenovo Vibe K4 Note, this display is biased towards the cooler side. So, if you like such displays, you may like the Honor 5X. Personally, I prefer my displays a bit warm, not in the way Samsung's Super AMOLEDs do it, but similar to Motorola's AMOLED panels. 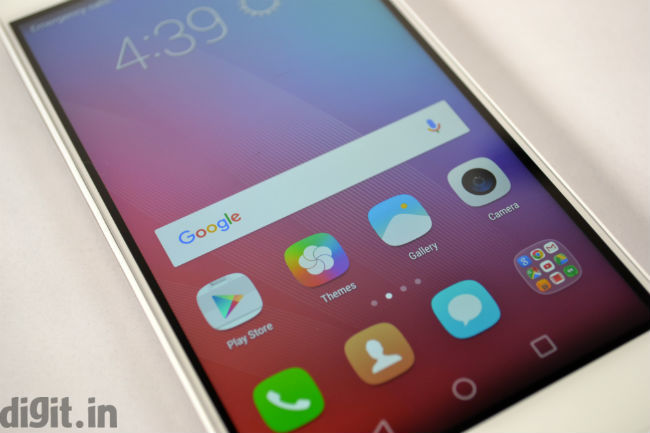 What's more important, though, is the fact that the Honor 5X's display doesn't do very well with the contrasts and details in images, which is something that most wouldn't like. It's also dim, like most other smartphones in this price range.

Performance
Remember how I talked about product differentiation at the very beginning of this review? Well, here's where that matters. The Honor 5X runs on a Snapdragon 616 SoC and while the performance is nothing to be ashamed of, it just doesn't work. The software is not well-optimised and Huawei has possibly not added support for newer drivers to this phone. This is exhibited by the fact that GFXBench can only run the Manhattan 3.0 benchmark on this phone, while both the Lenovo Vibe K4 Note and LeEco Le 1s can run newer benchmarks. The comparison story mentioned above will give you a good idea of the Honor 5X's performance.

On regular usage, the Honor 5X is stable, but nowhere as powerful as the LeEco Le 1s. You'd say I'm mentioning the Le 1s too often in this review, but that's just the point. The original Honor 4X came to market with a Kirin SoC, which achieved product differentiation. The Snapdragon 616 does the same here, making the Honor 5X the only phone in this segment to sport Qualcomm's newest range of SoCs. Sadly, the SD616 is nowhere close to being as powerful as the MediaTek Helio X10 on the LeEco Le 1s.

To understand what I mean, consider the HTC One A9. While at a higher price range, the phone sports a Snapdragon 617 SoC, which is almost as powerful as the Snapdragon 800 that we all loved. As a result, despite its pricing, the One A9 remains relevant against its competition. The same is not achieved by the Snapdragon 616 on the Honor 5X.

Camera
Is a good camera the first priority for you when buying a smartphone? If it is, then the Honor 5X should definitely be your pick over the LeEco Le 1s and Lenovo Vibe K4 Note. The 13MP camera on the Honor 5X does better in managing the depth of field and doesn't subdue images like the Le 1s. In addition, colours are also better compared to the Lenovo K4 Note. Perhaps the only weakness is that the phone sometimes overexposes pictures in bright sunlight, but overall, the camera performs quite well and is the best among the three.

Battery
The 3000mAh battery on the Honor 5X is pretty much standard. That said, I have to say that the Honor 4X did better than this. On regular usage, I could get this phone to last for about 12-15 hours. This, with about eight phone calls, lots of WhatsApp messages, about an hour of browsing and about 20 minutes of gaming. It should work for most people, but yes, we still yearn for the day when you can walk out of your home with your smartphone and not worry about carrying a charger with you.

Bottomline
To sum up, as much as I liked the Honor 4X, the Honor 5X is a phone that belongs in 2015. Last year, this phone would have been very well accepted, but competitors have upped the ante this time. The Vibe K4 Note just doesn't match up to the Le 1s, but it has an interesting VR element added to it. The Honor 5X, on the other hand, is a weaker performer than the best in this range, and with the camera as the only real positive, it's tough to recommend. While Huawei has made a bunch of very good devices in the last two years, the Honor 5X doesn't reflect its best work. The fact that it costs Rs. 1000 more than the K4 Note and Le 1s just adds to the negatives.