Honor 6 Plus Review: If only they were braver

The Honor 6 Plus by Huawei is easily the best overall smartphone that I've reviewed in a while now, except the Moto Turbo. The phone offers good performance and the best Android camera that you can find today. The pricing could have been a bit more aggressive, but if you're looking for value in terms of camera, then go for it.

If I had to put it very simply, the Honor 6 Plus is a bit of this, a bit of that and a whole lot of Huawei. There’s an old saying, “Imitation is the sincerest form of flattery.” If that is true, then the Honor 6 Plus flatters of lot of people, with Sony and Apple being the principles. The design takes subtle hints from Sony, while the UI draws from Apple. Amidst all that though, the Honor 6 Plus still manages to maintain its own distinctive personality. Let me explain. 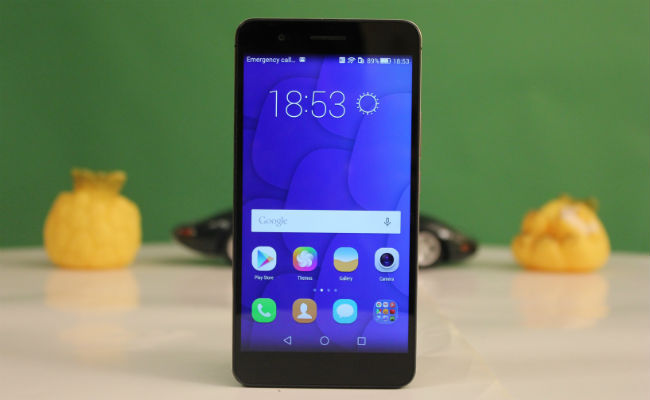 The phone has a glass back and ever so slightly rounded bottom. If it wasn’t for the metal bands on the side, this would have been called a Sony Xperia Z3 rip-off. But, if you can take an existing design and make it better aesthetically, then it’s not a rip-off. The metal edges on the side make for a really nice and premium feeling smartphone, especially when coupled with the glass back. 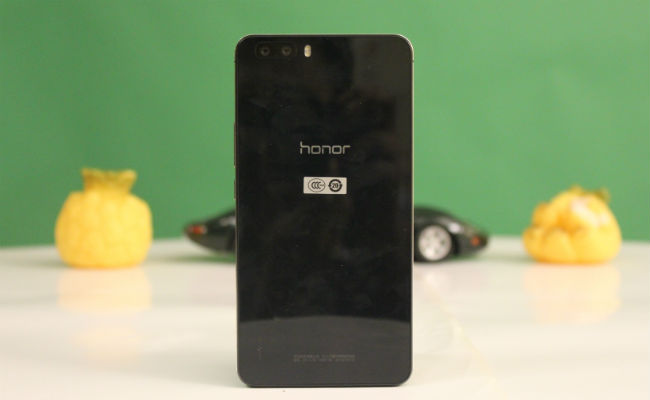 At 165 grams, it is a bit on the heavy side, but in my opinion that adds a certain heft to the device. It feels really sturdy and Huawei’s promise of bulletproof glass bolsters that even more. All things considered, if there’s one area where you can’t complain about in the Honor 6, it’s the design.

It’s a flagship device and one that has a 5.5 inch display, which means a 1080p panel is obvious, especially if you consider the price. The 401 ppi makes the display really sharp, but it still lacks something by way of viewing angles, which aren’t the best. They’re enough to watch videos alone, but at the price Honor is asking, I daresay it could have been better. Afterall, you have the likes of the Lumia 830 and Moto X (2nd Gen) in the 25-30k price range. That's a tough battle to take on.

My first complaint about the Honor 6 Plus is the user interface. While EMUI runs smooth and lag free, it doesn’t seem to be well thought out. The company has added its own version of Apple’s Spotlight search and Control Center, but none of them really make any difference. Honor’s version of Spotlight isn’t anywhere close to being as useful as Apple’s. It is essentially just another Google bar in your phone. 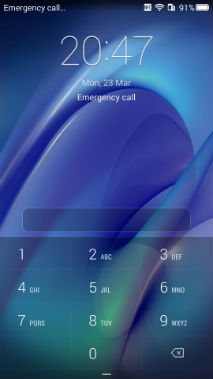 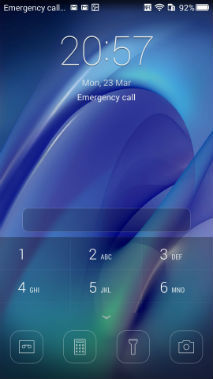 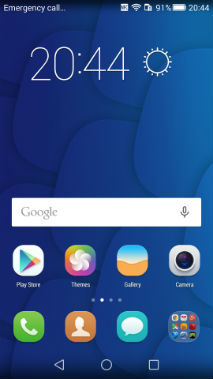 The Control Center like buttons on the other hand haven’t been well thought out. A swipe anywhere on the bottom fourth of the screen brings up the Control Center. In a phablet, this isn’t a good thing to do. On the swipe to unlock settings, I often ended up bringing up this panel when I didn’t want to. In this case, it is simple an Apple rip-off. 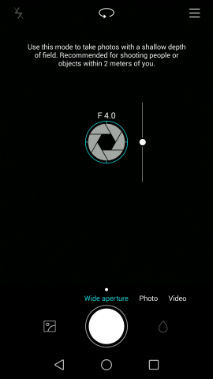 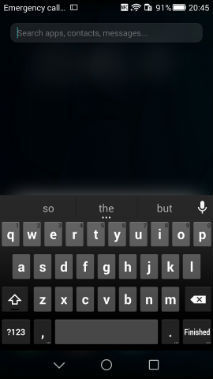 I like the fact that the UI keeps telling me what apps are eating up my battery, but that’s about it. Unlike Xiaomi’s MiUI, EMUI is not something I would want to use. The rounded app icons don’t really look very nice and I don’t find much that is really useful. 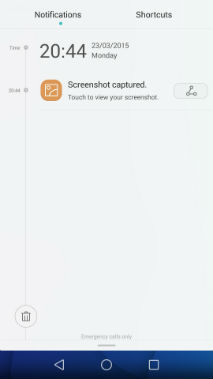 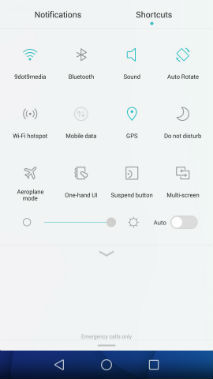 On benchmarks, the device gives competitive results, and as long as you keep it off the power saving modes, you’ll see no drops in terms of performance. You will have to give up on Huawei’s advertised over one day battery life though.

Also, despite what Huawei says about the Kirin 925’s temperature controls, the Honor 6 Plus does tend to heat up, thanks to its design. The good thing is that the heat is being dissipated outside and the phone cools down fast as well.

The performance of the Honor 6 Plus is still inferior to Xiaomi's Mi4 or the OnePlus One though. This is best explained by the fact that while these two devices max out two of 3D Mark's tests, the Honor 6 Plus can only max out the Ice Storm test.

Note: Before I move on, it's worth mentioning that Huawei phones are not suited for people who listen to a lot of music. The Honor 6 Plus, like the Honor 6 and Honor Holly before it, provides very low sound output. Headphones do solve the issue to an extent, but it will still be much lower than usual. If you're an audiophile, then you would do well to stay away from Huawei Honor phones.

The area where the Honor 6 Plus really redeems itself is the dual-8MP camera on the back. This allows more light to be taken in and is also how the Honor 6 Plus allows for the Wide Aperture mode. The device allows you to change the aperture of the camera, to shift the focus from the foreground to the background.

Unlike the HTC One M8, which also has dual lenses on the back, this camera allows you to shift the aperture while clicking the picture and you can also shift focus during post production.

It's hands down the best value in terms of camera phones that you can buy today. The only other phones that I can think of, with this kind of camera quality, would be the Galaxy Note 4 and the Lumia 1020, while the former is much too expensive, the latter is hardly available anymore. In addition, the Honor 6 Plus takes the iPhone 6's camera for a ride and comes out with flying colours. Compared to this phone, images taken by the iPhone 6 looked washed out, while the Honor 6 Plus produced vivid and sometimes sharper images. 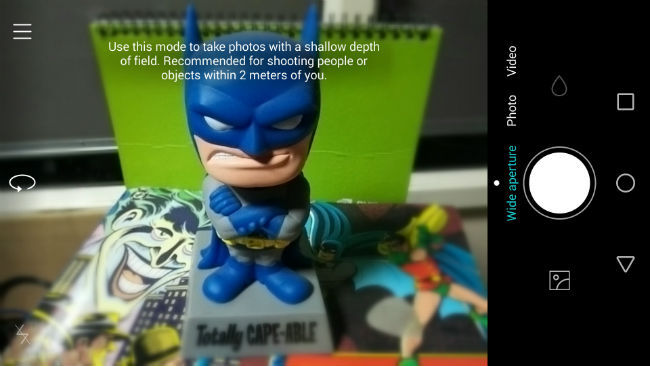 The camera is a little slow in processing images though, but the quality makes up for it. In addition, Huawei could have done a better job of showing the change in the image on the viewfinder, like Microsoft's Lumia phones do. While the camera does show the blur on the viewfinder, it would have been better if that happened as you moved the slider.

That said, even if you use this as a simple point-and-shoot camera, you'll get very good shots out of it. In the gallery above, most of the images have been taken in the auto mode and you can see the results yourself. The Honor 6 Plus does very well with the white balance and colour reproduction. In fact, the extra light coming in could easily have resulted in overexposed pictures in auto mode, but Huawei's camera algorithm takes care of that perfectly. If it's a camera phone you're looking for, then the Honor 6 Plus is definitely the best choice right now, all things considered.

The 3600 mAh battery on the Honor 6 Plus is heavily dependent on the power saving modes and aggressive throttling of the CPU. The Smart Power saving mode almost never allows the CPU to go beyond 800 Mhz, while the Ultra Power Saving mode is reminiscent of Samsung’s feature by the same name.

With the power saving mode turned off and the screen turned to maximum brightness, the phone couldn’t last me through the day. That said, my usage was pretty heavy, including constant emails, at least two hours of gaming and about an hour of music streaming over and above my calls, texts and social networks. With more careful usage, I could get it to last me through the day with the battery flashing low towards the end.

On our battery test, the phone runs for 6.25 hours, while Geekbench 3 returns a result of 3 hours 46 minutes (with battery charged to full) and PC Mark for Android gives 3 hours 15 minutes.

The Honor 6 Plus also takes a dear amount of time to charge completely. It took me over two hours to charge is from zero to 100 after each battery test.

This brings me to number three. While I really love the Honor 6 Plus, I don't see Huawei being very successful with it. With the OnePlus One and Xiaomi Mi4, both sitting pretty at lower prices, one has to be really into the camera to spend more on this. If this was Samsung or Motorola, they would have gotten away with the pricing, thanks to superior brand value and customer support, thinking as a consumer though, while you make a compromise in camera quality with the Mi4 and OnePlus One, they're worth the money. In addition, both those devices are more powerful, with comparitively newer hardware. In the age of 'disruptive' smartphone, Huawei really need to price this device around Rs. 22,000 to take the market by storm.

I'm not saying Xiaomi or OnePlus have good support in India, but they have superior brand value, if only slightly, to Honor right now. It would be sad to see the Honor 6 Plus not get the attention it deserves, because this is the best overall smartphone I've seen in a long time.