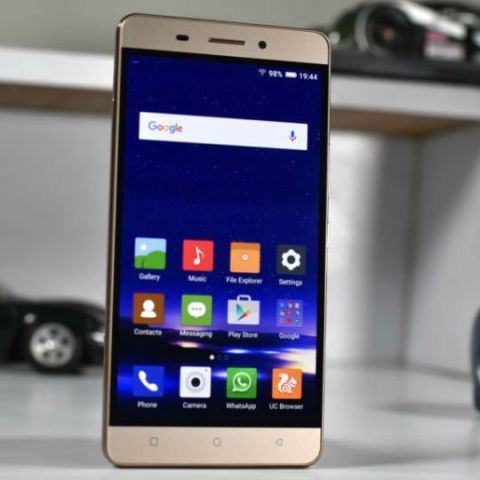 Unless Android OEMs figure out how to produce a slim and sleek phone with at least two days worth of battery life, the Gionee Marathon M5 is the best you can get. It is perhaps the only phone in the market that can legitimately last you two days and is attractive enough, despite its thickness and weight. The only real compromise is a slightly lower performance.

The Chinese invasion in the Indian smartphone market has always been led by Gionee, the company that was the first to enter the country. Interestingly though, Gionee’s strategy in India has never been the same as most its counterparts. The company is strongly against online only sales methods, has a big market in Tier II and III cities and regularly sells its devices on retail stores. But if there’s one device that sums up everything that this company has been about, it’s the Gionee Marathon M5. Yes, the phone is about the battery, but it’s refreshing how much more there is to the Marathon M5, than just the 6020 mAh (dual 3010 mAh batteries) inside.

While many may scoff at the mention of a Chinese manufacturer, Gionee has never really stuck to the traditional image. Phones like the Elife E8 were amongst the first ‘disruptive’ devices in the Indian market, while Gionee has never been shy of extravagant celebrations like Samsung and other better known OEMs. Its devices have received both praise and extreme criticism from users and critics alike, and the Marathon M5 is somewhat of an amalgamation of everything that Gionee has produced till date.

Of course I’m starting this review with the battery, because that’s what Gionee’s Marathon series has been about. The 6020 mAh battery is better than any other in the market, and I mean any, including flagships. On the Geekbench 3 battery test, the Marathon M5 runs for over 21 hours, while a looping video test runs for over 25 hours.

Gionee has gone the extra mile to ensure that the battery life on this phone is best in the market. Every choice, from the display size to its type, the overall size of the phone, the processor etc. have all been chosen around the battery. While battery capacity (6020 mAh) doesn’t automatically imply good battery life, Gionee has ensured that the phone can churn out as much life out of the 6020 mAh battery as possible. Point in fact, the Geekbench 3 battery test, runs for over half an hour, with the battery down to only 1%. The Lenovo Vibe P1, with its 5000 mAh battery runs for less than 13 hours, while Apple’s new iPad Pro runs for over 15 hours on the Geekbench battery test.

Now the real battery life will differ based on your usage, but if you can’t get at least two days out of this smartphone, then you’re definitely using your phone too much. What’s also worth noting is that once discharged, the Marathon M5 takes a long long time to charge back to full capacity. Perhaps fast charging would have been a good idea Gionee!

Nevertheless, if battery life is your only concern when buying a phone, then the Marathon M5 is the phone for you.

A huge battery usually means a thick and heavy, brick of a device that no one would really want to use. The idea of a bigger battery hindering design has mostly been taken for granted in the smartphone market today. In fact, even Gionee’s own earlier attempts haven’t been all that great. The Marathon M5 though, disproves all those theories. The metal and plastic combo (plastic back, metal frame) on this phone makes it look premium and feel great in the hand. 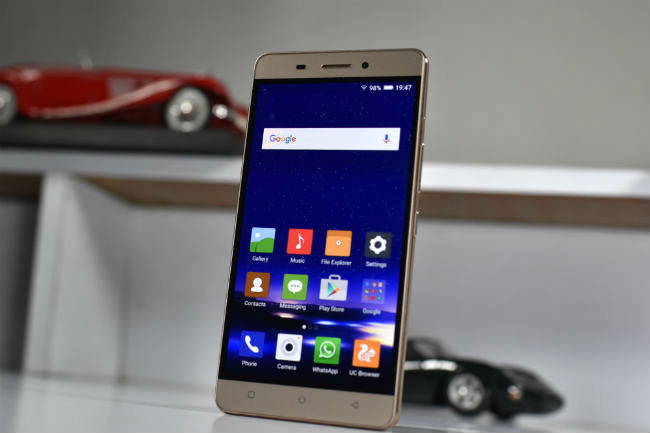 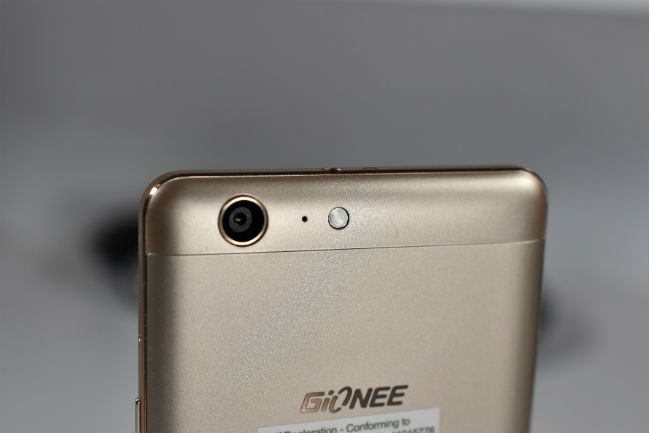 Don’t get me wrong, it’s still thick and heavy, but that doesn’t really make a difference, given its other attributes. The Marathon M5 doesn’t look cheap and it certainly doesn’t feel cheap when you’re using it. In fact, barring the OnePlus X and Lenovo Vibe S1, there are very few smartphone in the sub-20k segment that feel as premium as the Gionee Marathon M5.

The weight and thickness of the phone in fact provide a kind of heft to it that I personally really like. That said, I can’t deny that throwing a 5.5 inch screen in the mix makes it tough to operate when one hand is all you can spare for your phone. 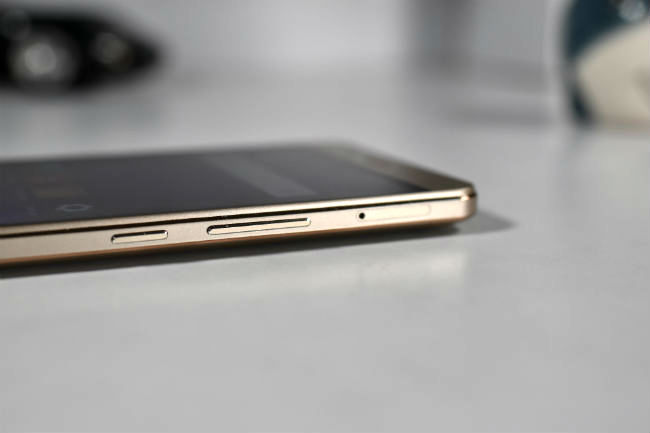 While the size of the display panel on this phone is a choice Gionee couldn’t avoid, if you’re questioning why it chose only a 720p resolution, the answer is to churn out as much battery as possible. The AMOLED panel any way consumer lesser battery than an IPS panel of the same size, in addition, reducing the resolution helps further. What’s worth appreciating though is that despite the lower than usual resolution, the Gionee Marathon M5 has a really pleasant display. It’s a tad oversaturated, but it’s definitely likeable.

The pixel density is lower than what FHD would have provided, but the M5 makes up for it through warm colours. I must say that the colours are a tad too oversaturated for me to like personally, but I know many who really appreciate such colours on their displays.

This is where the Marathon M5 becomes really difficult to explain. On paper, the phone has a measly 1.3GHz quad-core SoC, which doesn’t match up to the likes of the Snapdragon 801 that you’ll find on a OnePlus X. It doesn’t match up to it either, but the difference isn’t as big as you’d expect. The Gionee Marathon M5 is quite smooth and allows for lag free regular usage. In addition, it deals with resource intensive games, like Need for Speed: No Limits and Marvel: Contest of Champions, surprisingly well. Yes, it’s not as good in terms of pure processor performance as, say the OnePlus X, but it really isn’t bad either. Benchmarks don't really do justice to this smartphone, since the difference depicted through benchmarks doesn't really translate to real life usage.

Gionee has done an admirable job on the Marathon M5. While the battery may be the best feature of the phone, it’s not just about the battery. This is a phone where you really need to ignore the specifications. Yes, the OnePlus X and Lenovo Vibe S1 are both cheaper and look better, but while the M5’s overall performance is comparable to what those can provide, neither of the other two phones can last you half as long as these phones. I really wish Android OEMs could find a way to find a way to make thin, sleek and long lasting phones, but until they do, the Gionee Marathon M5 is the best attempt anyone’s ever made.