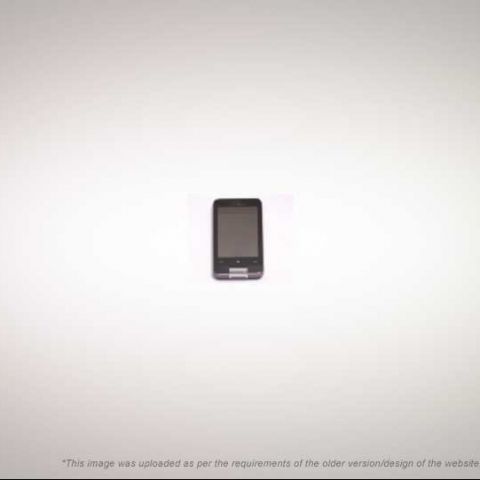 Despite its average touchscreen and 65K colour limitation, if you are looking for a GPS-focussed feature-rich 3G smartphone, the Nuvifone M10 will fit your bill. 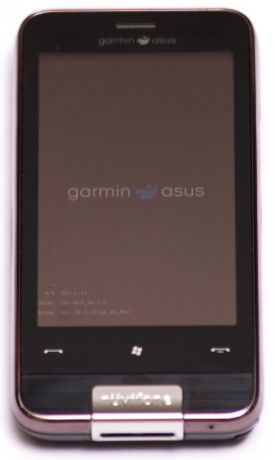 The Garmin-Asus Nuvifone M10 is a beautifully built navigator phone which runs on Windows Mobile 6.5.3 Professional. The phone comes without scrimping on accessories, including everything, even a carry case. A car kit though mentioned on the side of the box, is missing. Should have been included at the price.

At first glance, what is immediately apparent is the stunning clarity and brightness of the Nuvifone M10’s 3.5-inch OLED WVGA resistive touchscreen.

Apart from the maps and turn by turn navigation provided by NAVTEQ, there is a lot that’s linked to location, from automatic image geo-tagging, a location search menu right on the home screen for preset amenities and specific addresses, to a friend location service called Ciao. The in-built GPS acquires satellites within a couple of minutes if you are outdoors or have a single roof over your head, and does not require a SIM or data connection. A-GPS data from the service provider however will be requested when a SIM is put into the mobile, and this greatly speeds up the acquiring process. A problem with all this GPS focus is that it is turned on by default, and will therefore drain battery life unless users specifically deactivate GPS.

For battery life, our test phone lasted two days on a single full charge, with plenty of GPS activity in between. The 1500 mAh battery in the phone is rated by the manufacturers to last 600 hours of standby time, and for 8 hours of talk time, which are pretty decent figures.

As for the phone’s interface, the Nuvifone M10 is what you’d expect from any Windows Mobile 6.5.3 Professional phone, with identical icons and layouts. The 3D Desktop Manager is quite useful, allowing you to close any programs that are running in the background by holding the Windows key. Office compatibility, Exchange support, Opera Mini browser and Windows Marketplace are all present.

Read on to know more about the phone's touchscreen, camera and music output...

The 5MP camera takes some decent shots, with very sharp images that unfortunately contain a noticeable amount of noise in low light. The lack of flash is definitely felt. Video recording is of average quality. The 4GB built-in memory is particularly useful here. The phone is quite fast, with a 600MHz CPU along with adequate memory: 512MB ROM and RAM. The call clarity was superb, though the loudspeaker had some problems with low volume output. Music playback was excellent, both on loudspeaker and good quality bundled earphones. As for video playback quality, the phone played mp4 files without a hitch, though its 65K colour limitation (because of Windows Mobile 6.5.3, not the screen) did cause some colour banding.

While the OLED touchscreen is beautiful, it is not very responsive, requiring some hard taps and repetition at times. It is manageable once you become used to the pressure required, though neither the stylus nor finger seem perfectly supported. As for text-input, the on-screen keyboard is sensitive enough, but the keys are rather small and close together unless you use a stylus - even in landscape mode. The auto-rotate function of the device is bit buggy, with near random UI rotations or none at all. 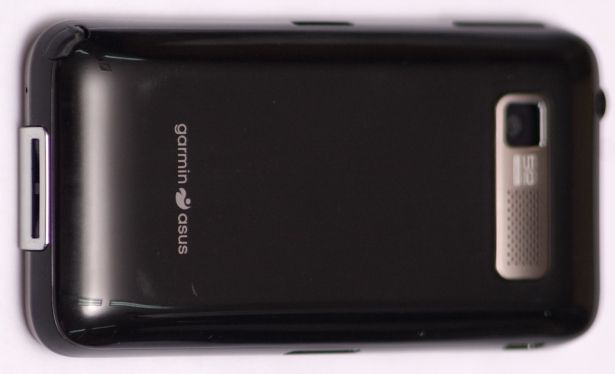 Verdict
A blazing-fast phone with 512MB RAM and a 600MHz processor, the Nuvifone M10 performed well in all our tests, from call clarity to GPS accuracy, and its NAVTEQ Maps were very detailed. Location based services were useful, and the interface is easily customizable. All in all, if you are looking for a GPS-focussed feature-rich 3G smartphone, the Nuvifone M10 will fit your bill. The bright screen and great GPS functions are the phone’s advantages, while the buggy auto-rotate, the flash-less camera, and the erratic touchscreen are the phone’s biggest failings, all of which are not expected at the Rs 19,000 price point (it s available at much lower prices in the market however, as we are quoting MRP). However, if you are simply looking for a large touchscreen navigator phone, go for the Nokia 5800 Xpress Music instead, which is much cheaper, and comes with free Ovi Maps and turn-by-turn voice navigation.