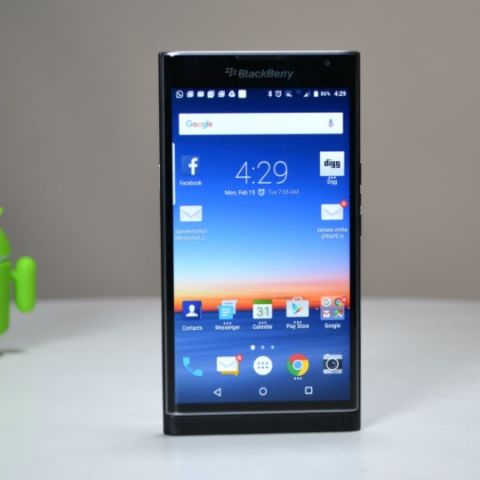 The BlackBerry Priv has a great display, cool UI tweaks and the keyboard is to die for. But the lack of a fingerprint sensor, average camera performance and the price will make you reconsider your options before investing.

The beauty of the world of technology is that no company stays on top forever. Sony introduced the portable music player to the world with the Walkman and Apple dominated the space with the iPod in the digital era. Nintendo was the ruler of video games, until Sony came along to become the market leader, only to be trumped by Microsoft with the Xbox 360, and currently Sony is topping the charts again with the PS4. The beauty of this trend is that the consumer is the winner at the end of the day. Consumers get to use the best products and every company fights for your cash, serving you the best they can. Coming to the brand at hand — BlackBerry. The smartphone maker’s products were the weapons of choice for the business users, until the iPhone and flagship Android smartphones came along. BlackBerry has tried time and again, to gain back its market share, and in perhaps its last attempt to do so, the company launched the BlackBerry Priv in 2015. The smartphone has finally found its way to the Indian shores this year, but are the BlackBerry boys back?

Let’s kick things off with the overall build and design of the BlackBerry Priv. Unlike the BlackBerry Passport, which was literally shaped like a passport, the BlackBerry Priv has a traditional candy bar form factor. The display has a 16:9 aspect ratio and the iconic QWERTY keyboard slides out from the bottom. 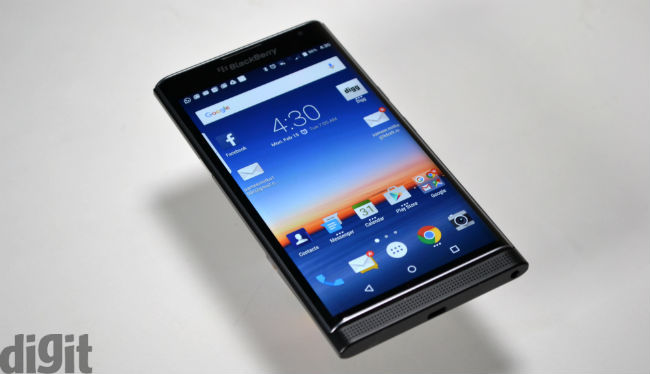 Coming to the connectivity options, you have the power button on the left and the right side has the volume rocker. The bottom has the headphones jack and the microUSB port. The top of the phone has the SIM card tray and the MicroSD card slot. The smartphone has a 5.4-inch display and the overall form factor makes it comfortable to hold. The chin of the device (below the display when the keyboard is closed) holds the speaker. Above the display you have the standard BlackBerry branding below the earpiece. The rear of the smartphone has a carbon fiber finish giving the phone a smooth yet grippy back. The rear also houses the 18MP camera.

Hold the phone in your hands and you know that you are holding a premium product. Slide the keyboard a couple of times and you just know that the slider is of top notch quality. BlackBerry expects you to take the smooth keyboard slider for granted and it shows through its quality.

Once you slide the BlackBerry Priv's keyboard you’d expect the smartphone to be misbalanced, but surprisingly it isn’t. It's quite comfortable to hold and if you have used a BlackBerry keyboard in the past, you will definitely feel at home on this device.

Speaking of the overall build quality, the BlackBerry Priv can give the likes of the iPhone 6s, Samsung Galaxy S6 Edge Plus, LG G4, Nexus 6P and any other flagship you can think off a run for its money. The smartphone is black, isn’t afraid to flaunt its branding and looks as cool as any BlackBerry smartphone of yore. 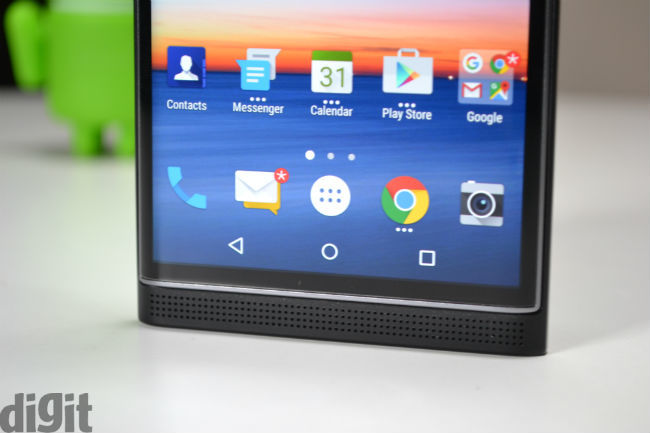 Moving to the display of the BlackBerry Priv, the smartphone has a 5.4-inch AMOLED display with a resolution of 2560x1440 pixel. The display is curved at the edges too (when held in portrait mode). The curve isn’t as obvious as the one on the Samsung Galaxy S6 Edge Plus but it's presence is easy to discern nonetheless. BlackBerry has only two apps that exploit the edge display. The first and of course the coolest one is when you plug the smartphone to charge, you can see a bar that on the right edge of the display incicated the battery level and the time remaining to reach 100%. The other is with the calendar events. Simply swipe from the edge of the screen (you can choose whether you want it on the right edge or left) and you are presented with a view of your upcoming events for the day. We really wish there were more apps that exploited the edge display though. 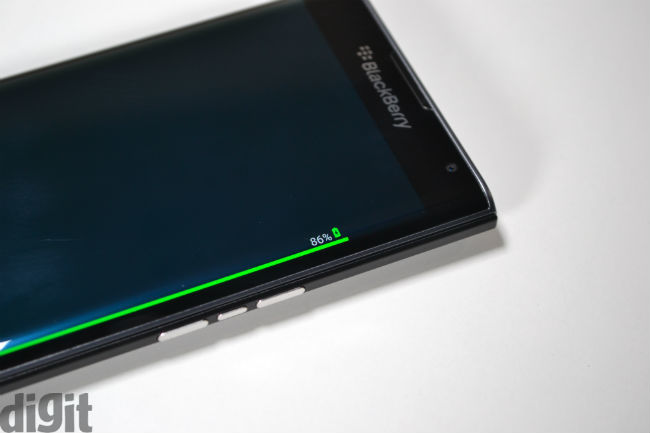 Coming to the quality of the display, it’s a treat watching videos on it. Be it YouTube or locally storied movies, the display is gorgeous reproducing good vibrant colours. The display is very responsive while typing too. Apart from the fact that it’s reflective when viewed under direct sunlight, the display does a great job overall. Moving on to the keyboard, we shall first talk about the onscreen keyboard and then the slide out keyboard. The onscreen keyboard is similar to the stock Android keyboard, with a few differences. Predictive words appear as you start typing and you can simply swipe up to chose the predicted word. Once you get used to this, typing is a breeze. The rest of the onscreen experience is pretty much the same as any other Android device.

Moving to the slide out keyboard on the BlackBerry Priv, it’s comfortable to use this keyboard. It’s a throwback to the good old BlackBerry days with the gesture capabilities of the BlackBerry Passport thrown into the mix. Slide out the keyboard and when you start typing on Google Docs, you realise that you have the real-estate space of the entire 5.4 inch display at your disposal. You can simply move your hands over the keyboard as it works like a trackpad. This makes it way easier to reach a desired location on the document than using the touchscreen. If you are using special characters while typing, simply swipe down on the physical keyboard and half the display is used to showcase the special characters. There are a bunch of things you can do with the keyboard that will appeal to those that type long documents on their phone. The same 'swipe up to select predicted words' works on the physical keyboard as well. You can use the keyboard as a trackpad to navigate websites too. Essentially, if you enjoyed the features of the keyboard on the BlackBerry Passport, you will feel right at home on the Priv. 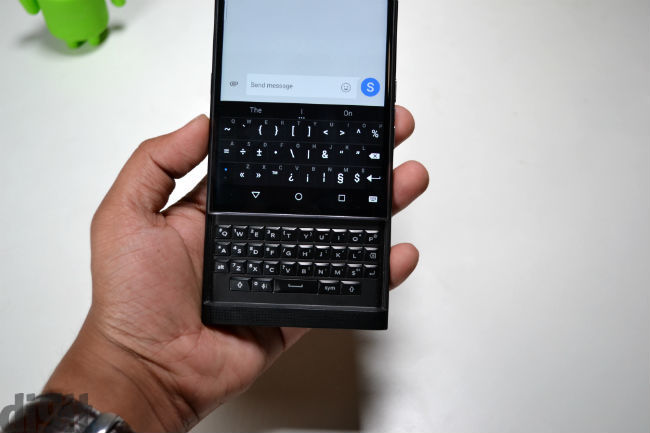 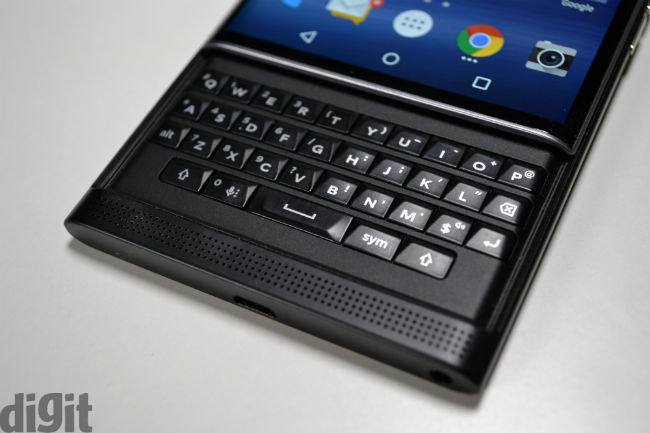 Before we delve into the raw performance of the smartphone, here is a quick look at the specifications of the BlackBerry Priv. As we’ve mentioned, the smartphone has a 5.4-inch AMOLED display with 2560x1440 pixel resolution and Cornering Gorilla Glass 4 protection. Under the hood, the device has the Snapdragon 808 chipset coupled with 3GB RAM. It has 32GB built-in storage expandable via a microSD card up to 2TB (good luck finding a 2TB microSD card). The rear has an 18MP camera and the front has a 2MP camera. The entire package is powered by a 3410mAh battery.

Here is a quick look at the benchmarks of the BlackBerry Priv against the competition.

Coming to everyday performance, the phone works well. It will run any app that you throw at it with absolute ease. The only downside is that the smartphone gets quite hot after some use. I watched a few YouTube vides, played Asphalt 8 for a bit and sent a few messages and email and the device was quite hot. Hot enough to be uncomfortable when I put the phone in my jeans pocket.

Despite having a 3410mAh battery, the battery life of the BlackBerry Priv is a little disappointing. With mails, messages, some YouTubing and light gaming, the device had less that 30% battery at the end of the day. In the Geekbench Battery test the devices scored 2930 and drained in under 5 hours. Here is a look at how the battery score compares to the competition.

The big deal with the BlackBerry Priv is that it's running a near-stock version of Android 5.1.1 with BlackBerry apps thrown into the mix. If you have used a flagship Samsung, HTC or LG smartphone, they are all powered by Android but the UI is anything but stock. BlackBerry has chosen to go with stock Android and we are very happy with that. All the additions and customisations to the OS are nothing more than a warm welcome. 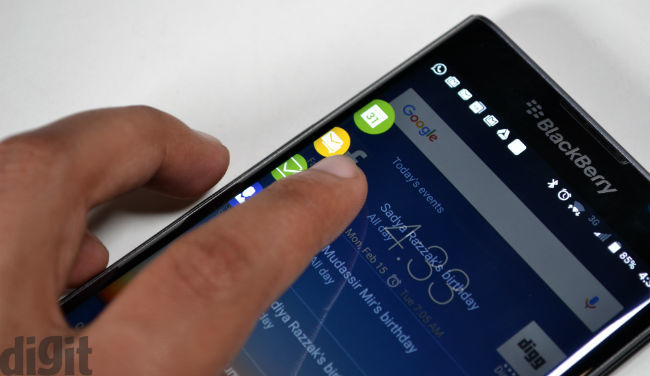 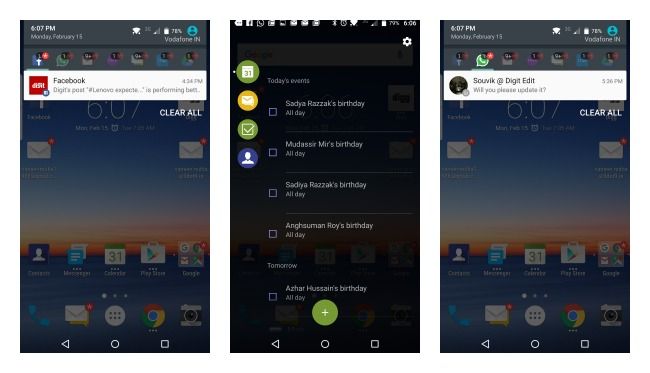 If like me, you don't like wasting home screen space with widgets, then the BlackBerry Priv has the answer for you. There are three dots below apps and swiping up on the apps shows you the relevant widget. It isn’t the same as having a widget, but it helps save display space and I like it.

Moving on, the most important part of the BlackBerry Priv — DTEK. DTEK is BlackBerry’s security app on the smartphone and if you are someone that’s paranoid about smartphone security, then this may interest you. With DTEK, a user can receive notifications when a particular app uses functions such as the microphone or location. This is especially helpful when an app is using a service it shouldn’t. For example, what use does a flashlight app have with the microphone or GPS? Now the most obvious question is why not disable the flashlight app's ability to access location and the microphone? At the launch event of the Priv, BlackBerry has said that this ability will come with the Android 6.0 Marshmallow update on the Priv. If you have a smartphone running Marshmallow, then you know that an app asks for permission before accessing a particular function of the smartphone. So, is DTEK really all that BlackBerry is parsing it to be especially since the security feature is a part of Marshmallow natively? The obvious answer is no, but hey, a little added security never hurt anyone. 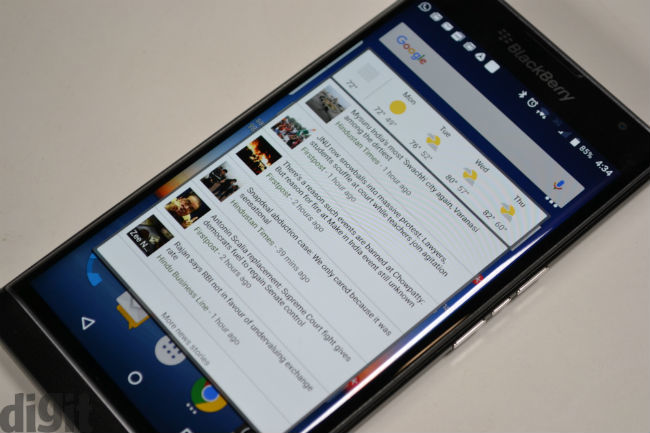 The short story here is that while low light photography is good, images taken in most conditions, are soft and there is loss of detail when you see the images in their full size on a calibrate monitor. 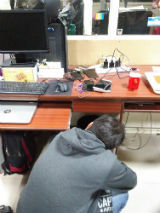 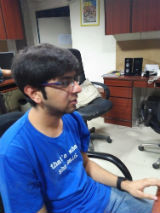 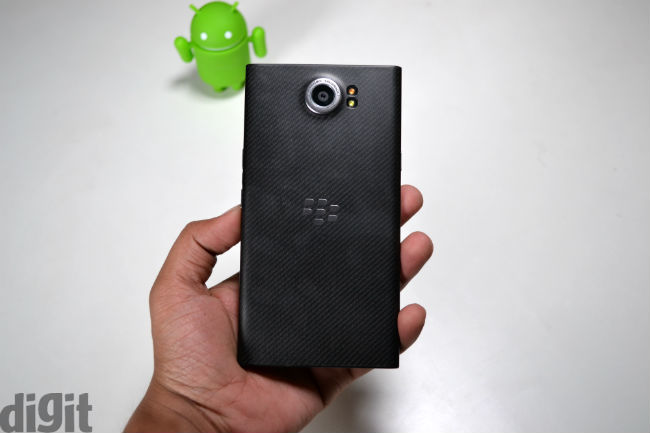 Bottom Line
The BlackBerry Priv is a great smartphone with a few shortcomings. It heats up, there is no fingerprint sensor, which is taken for granted today and the smartphone launched in India just before MWC kicks off (a bit of a bummer since we will see a slew of new smartphones and features that will dominate 2016). The front facing camera isn’t great when compared to the competition in today's selfie driven world. On the plus side, it has one of the best displays on a smartphone, the curved display is brilliant, the typing experience is great and the overall Android performance with BlackBerry thrown into the mix is great for BlackBerry fans and newcomers alike. Will you shift from your current phone to a Priv? Well, only if you are a fan or you have some way of getting this device at a discount. For the price you pay, you may want to consider your options before investing. 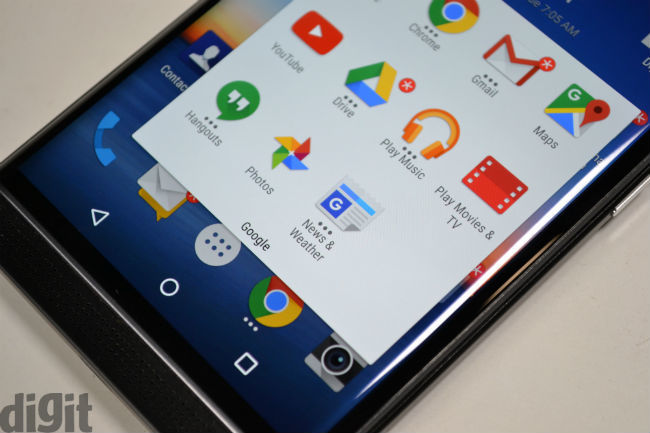