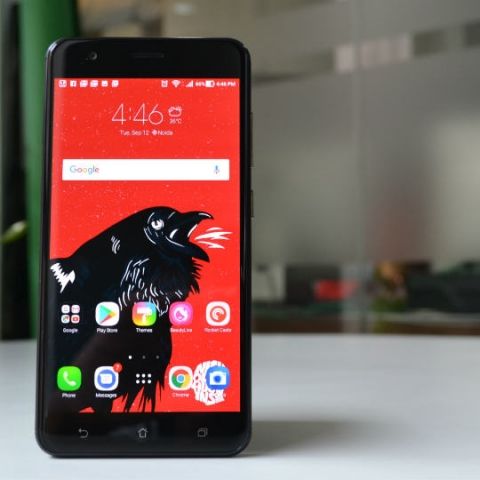 The Asus Zenfone Zoom S is the best Zoom phone from Asus till date and even at its slightly higher price tag manages to be good option in the sub-30K smartphone category. It offers a good camera, a decent build quality, dependable battery life and a reliable performance.

Around three years back when Asus entered the smartphone market, it brought above average hardware to the mid-tier segment. Powered by Intel chips and 4GB RAM, the original Zenfone was fast, efficient and game-changing for that year. But since then, every Zenfone we have tested have been quite ordinary, meeting expectations at times, but never really surpassing them. Some phones from Asus were outrightly disappointing as well.

This year, the company was a bit late with its launch cycle, but we finally have a competitive Zenfone for 2017 and Asus is starting the year with its Zoom S series. While we can expect more phones across various price brackets in the coming months, the new Zenfone Zoom S seems like a much more refined approach than all its previous iterations.

At Rs. 26,999, the Asus Zenfone Zoom S positions itself against the likes of Moto Z2 Play, OnePlus 3T and the Samsung Galaxy A7 (2017). This means to earn our recommendation, the Zoom S has to stand out amidst this tough crowd. Does it? Let’s find out in our full Asus Zenfone Zoom S review. 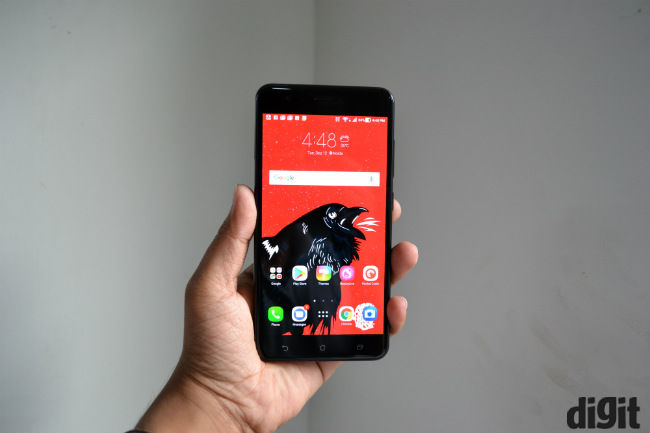 Camera
With the word “Zoom” in it's name, we had to start this review with the camera and there are three in total. Like most phones out there, Asus has also opted for a dual camera setup at the back and has a single camera on the front. While there are plenty of smartphones that possess dual cameras, currently there are different implementations that companies are trying. In the first implementation, a monochrome sensor adds details, while the primary camera takes a regular RGB photo. However, the Asus Zenfone Zoom S uses the Apple iPhone implementation, where the secondary sensor is used for optical zoom.

The Zenfone Zoom S has two 12MP sensors at the back. The primary camera uses the Sony IMX362 sensor with f/1.7 aperture and a large ½.55-inch sensor. This is the same sensor used by the HTC U11. The camera is further aided by 4-axis OIS, dual-pixel autofocus and laser autofocus, but you get these on the primary camera only. Asus did not stop there and has added subject tracking as well. To crunch all the numbers and algorithms generated by this enormous scheme of hardware, the phone packs a secondary ISP of Asus’ own making alongside Qualcomm’s Spectra ISP. 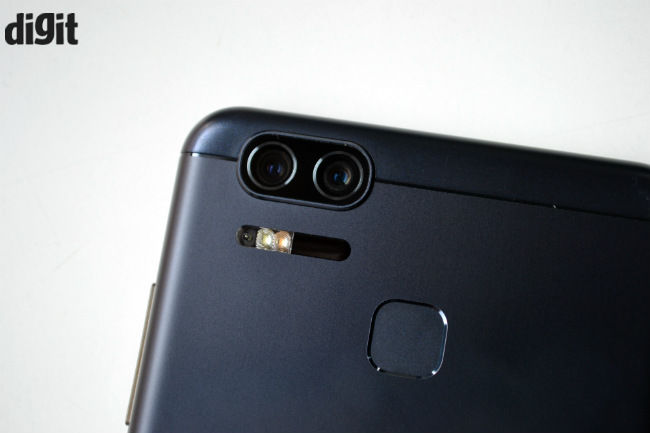 The result is quite impressive. Images look crisp when shot in auto mode and capture good details. Colour saturation is not perfect and images taken during the day look somewhat overexposed at times. The HDR mode does not add any value to the camera, but you can achieve some amazing shots by switching to manual mode. However, at the same time the wider aperture allows the camera to capture some really good low light photos. All the laser autofocus and dual pixel jazz combines to provide faster capturing speeds during the night. The new Pixelmaster UI and algorithm helps maintain noise to minimum, but it is not as impressive as the one we saw on the Samsung Galaxy On Max.

The secondary camera adds 2.3X optical zoom capabilities and is actually well implemented. The image quality from the secondary camera are not as sharp as those from the primary camera, but it is just as fast, and exposure values do not change either. You can digitally zoom to 12X, but anything beyond 2.3X zoom is not really worth using. The secondary camera also enables the phone to take portrait shots, and you can adjust aperture within the camera app, letting you tune the amount of software blur required. The phone takes an extra second or two to save a portrait image and does a decent job at best. Focusing is not always perfect and thus there is a bit of highlight clipping at times. However, once you nail the focus in place, the portrait image does look good. 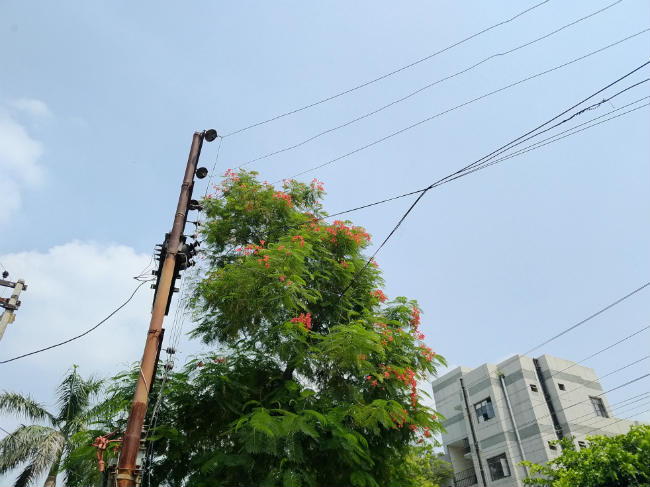 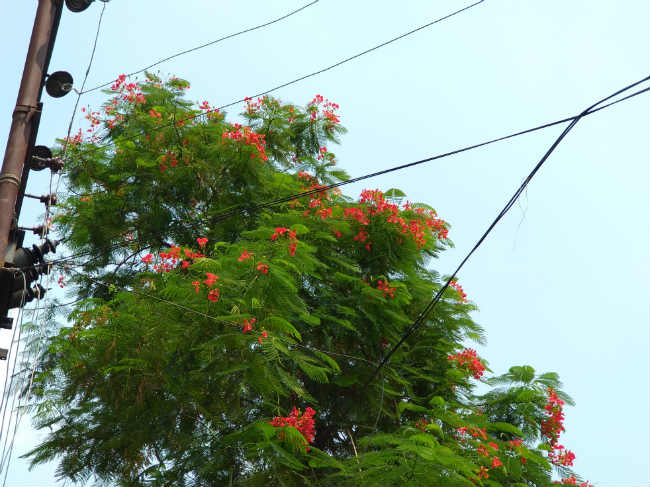 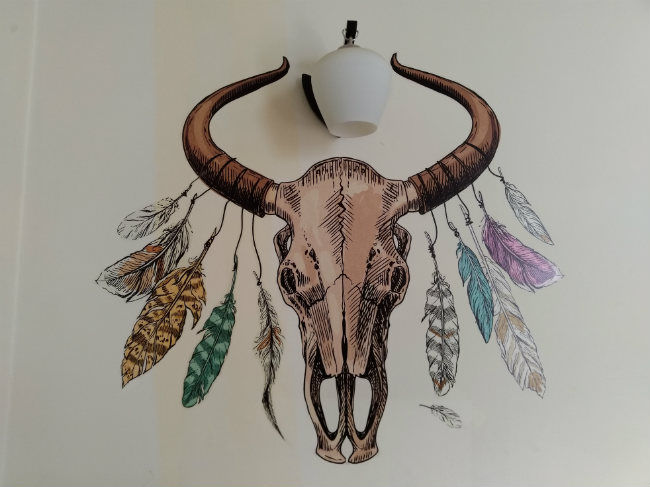 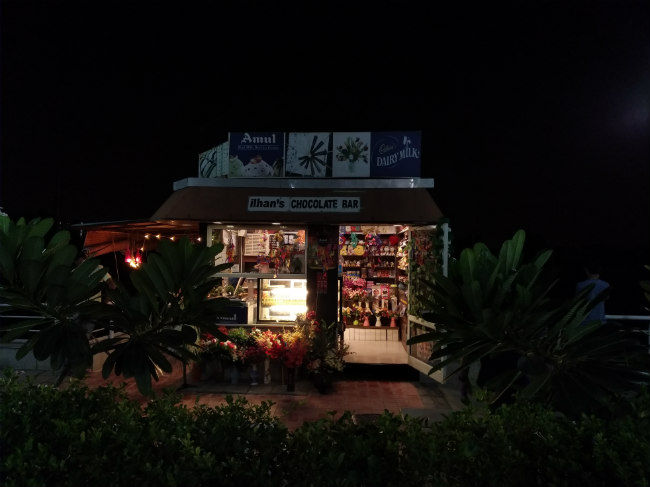 Build and Design
As for the build, it is as good as it gets. The choice of material used is metal and the quality is right at par with most metal unibody phones in this segment. The 5.5-inch device has rounded edges and even though Asus claims that the phone has thinner bezels, it is just as ergonomic as a normal 5.5-inch phone from last year. There is a slight camera bump at the back, but it does fit well with the look of the phone. Our Navy blue unit looks far better than the regular silver and pink colours, at least in our opinion. The phone looks unusual at the top and bottom, as the panel that contains the connectivity antennas are made out of plastic. The issue here is that the colour of the plastic is slightly different to that of the metal back, disturbing the continuity, but many may actually find that attractive. 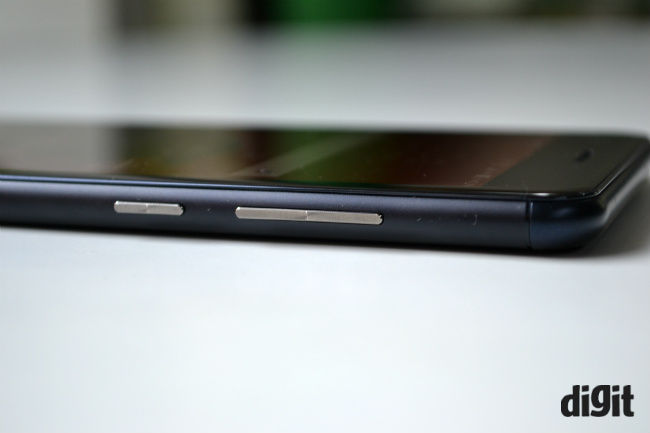 Besides that the three physical buttons, and the fingerprint scanner are well placed and work quite well. What we did not like are the three navigation keys, which are not on-screen and aren’t backlit. They work well, but Asus could have implemented them better. Also, the metal back is a slippery and one needs to be careful while using the phone with one hand.

Display and UI
The 5.5-inch AMOLED display is actually quite good and is really bright. We recorded max luminance of 675 lux, which is actually quite bright. The display also possesses good viewing angles and has a slightly warm tone by default. You can change that from the display settings menu. Asus’ ZenUI 3.0 also includes a blue light filter in case you like reading at night. One can also change the fonts and font size as well as the display size from Settings. While the display is quite good, Asus could have made it better by slimming down the bezels. 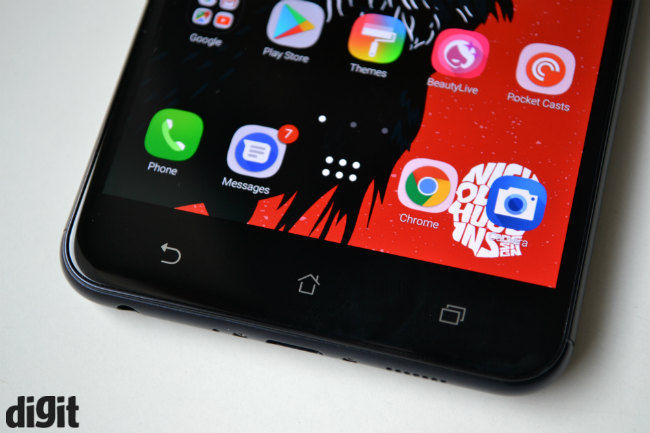 As for the UI, we still have the phone running on Asus’ ZenUI, but the latest revision of the UI is fast and responsive and layered on top of Android 7.0 Nougat. The UI not only feels light, but has faster animation speeds as well. However, if you are not a big fan of ZenUI’s icon and colour scheme then you may be disappointed. The phone also carries the same amount of bloat as it had on its previous iterations, offering its own apps like ZenFit, ZenMotion, Gallery, Zencircle, MiniMovie and more. The worst thing is you can't uninstall these apps and can only disable them. 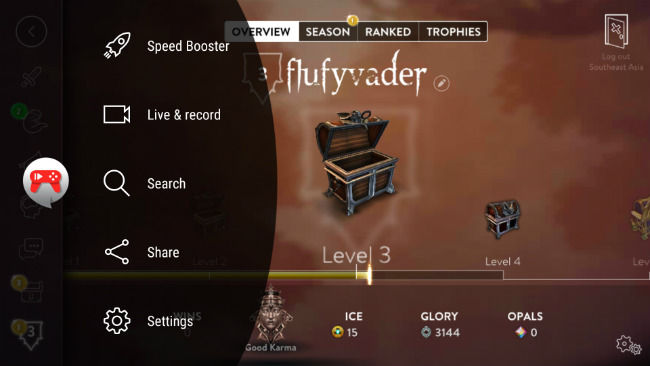 Performance
While the UI has a fifty-fifty shot at impressing you, there is nothing wrong about the performance of the phone. To be clear, it's not the fastest in its category by any measure, but it does the job just fine. Whether you are going through long web pages, checking emails or just watching a video on Amazon prime, everything works well. The Qualcomm Snapdragon 625 is also quite capable when it comes to gaming. We tested games like Vainglory and War Wings, which ran just fine, with slight lag. We did encounter some stuttering while playing Injustice 2, but that’s common for this game.

With all the heavy gaming, the phone does tend to get a little hot and we recorded that after 15 min of gaming, the area near the camera and the sides clocked up to 41 degree centigrade. We observed a similar rise in temperature while using the camera for prolonged periods. Thankfully, the heat dissipates quickly and the temperature does not rise any further. 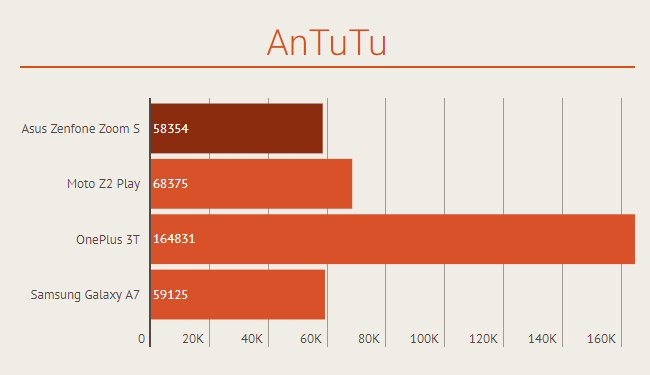 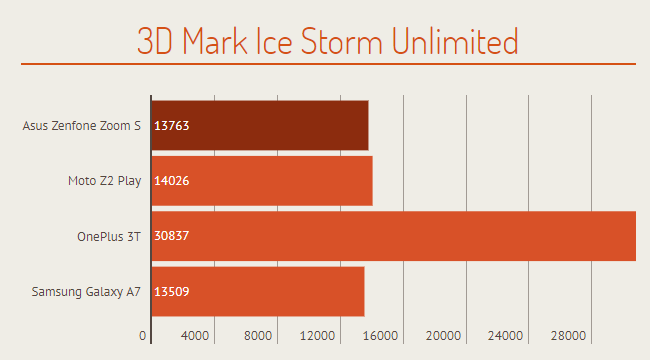 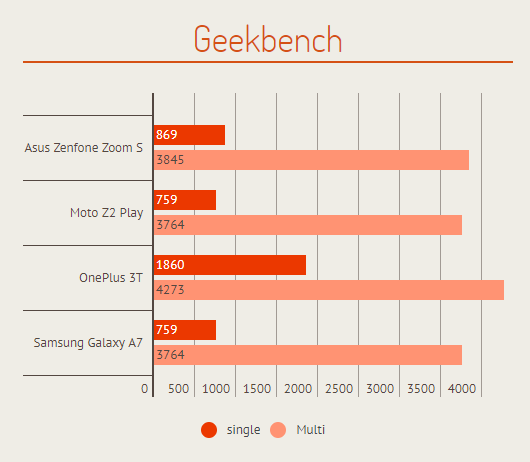 Besides that, on the connectivity front the phone misses out on the 5GHz band and Bluetooth 5.0, neither of which are absolutely required right now. The phone does support VoLTE on both SIMs, but uses a hybrid SIM card slot only.

Battery life
The other USP of the Asus Zenfone Zoom S is the battery, which at 5000mAh is quite large. It is also quite impressive how Asus has managed to fit in a large battery on a relatively slim device. Now with that big a battery bank we were expecting two days of battery life, but after accounting for all the gaming and heating issues, the phone lasts for a day and then some. You can push the phone for two days on a single charge if you are not gaming on the phone, or don't use the camera that much, but that is an ideal situation, which is unlikely. In our PCMark battery test, the phone scored 7 hours and 28 minutes, which is not great, but just good enough for a battery this size. 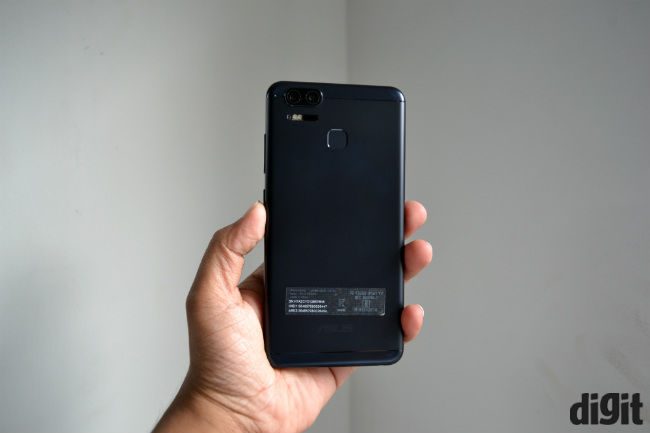 Bottomline
Overall, the Asus Zenfone Zoom S is a good phone. It has one of the best cameras we have seen from Asus and would easily be amongst the best in its price category. The build quality as well as performance is decent, but definitely could have been better. The design and UI of the phone are better than its last iterations, but it still needs some polishing. The 5000mAh battery is the only aspect of the phone, which doesn't live upto our expectations, or even half of it.

Still, Asus has done a commendable job and the Zenfone Zoom S is not just another Zenfone. It’s a really good entry in the upper mid-tier. However, it is still not the best phone to buy

How it compares
The Asus Zenfone Zoom S competes for the top position with the OnePlus 3T and loses gracefully. The phone has its plus points including the camera and the stunted yet good enough battery life. However, compared to the overall package of the OnePlus 3T, the Zenfone Zoom S stands a little further back. You also have the Moto Z2 Play and the Samsung Galaxy A7 (2017), which offer marginal performance bump and a much nicer UI, but do not have cameras like the Zenfone Zoom S.