Apple's devices have always been about premium design combined with good performance. Not the iPhone 6 though. Apple seems to have stumbled in the effort to make its iPhone bigger. The new device is all performance and though it sports a good design, it's not the amazing design that we've seen before. It's still one of the best iPhones till date though and if you thought that the iPhone needed a bigger screen, then go ahead and buy this.

So you’ve sold the necessary organs and you’re ready to join the queues to buy the iPhone 6, but you now realise that it is of stock. Nevermind, you can use the time to read this review and finally decide if you want to spend your money on Apple's latest and greatest. The new iPhone represents, arguably, the biggest ever makeover in the series, but does it really clear the high standards that the company has set for itself? Let’s find out.

This is going to be a long one, so we've got some handy quick verdicts peppered throughout the review, if you don't have enough time to read it in its entirety. 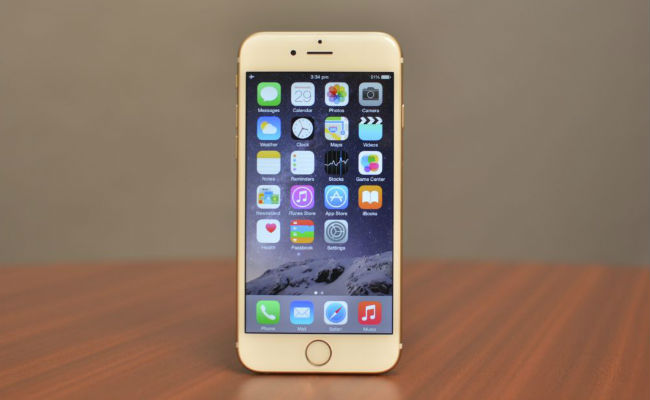 At 6.9 mm, this is the slimmest iPhone till date and Apple has gone back to the rounded edges that the very first iPhone came with. The iPhone 6 though doesn’t feel as premium as the 5S before it. In fact, it doesn’t feel like an iPhone. The bigger screen seems to have taken Apple out of its comfort zone. While the device has very good build quality, it isn’t the efficient design philosophy that we’ve seen in iPhones till date. 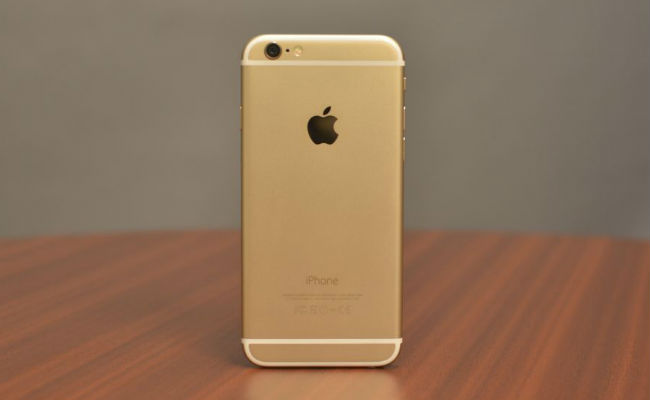 For one, the iPhone 6 is possibly the most slippery iPhone that Apple has ever built. You’re definitely going to need a cover for this smartphone, because it tends to slip out of your hand very easily. If you’ve been a long time Apple user, then you will be even more prone to drop it since you’re not used to the size. In the initial four hours of usage, I almost dropped it six times and I’m not clumsy, especially with review devices. 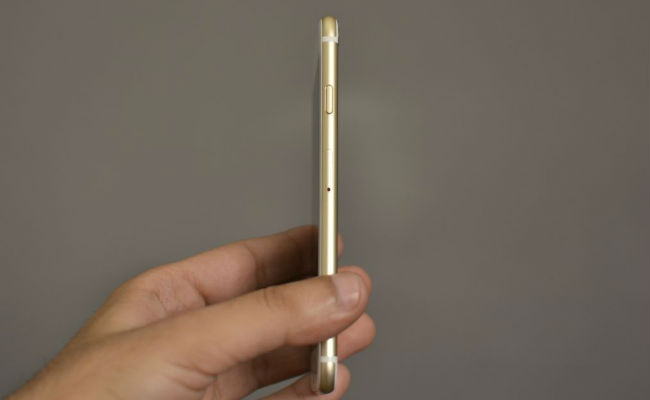 Next, the camera protrusion on the back. This frankly doesn’t bother me much. What I hate more are the hideous plastic bands for the antenna. These stick out even more in the Gold version of the smartphone. In addition, the glossy front portion of the iPhone and the rounded bulges on the front edges don’t feel very premium. The device’s overall look and feel, though good, pales in comparison to the iPhone 5S. The front panel seems out of place in the entire design. But that is more a matter of personal tastes. 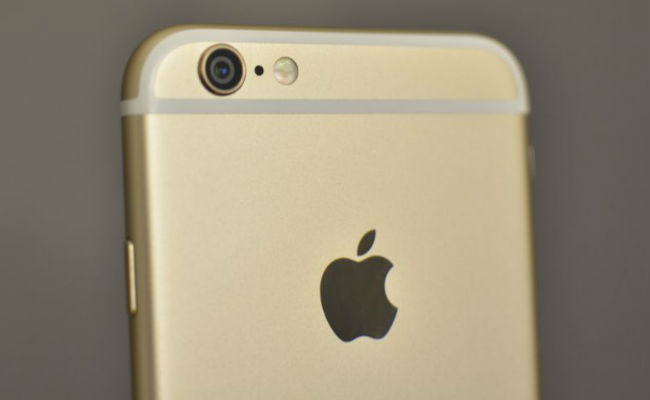 "It’s not the out and out marvelous design language we’ve seen from Apple earlier."

The flagship feature of the new iPhone 6 is its 4.7 inch display and Apple went with 1334x750 pixels in order to ensure that the 326ppi pixel density introduced in the iPhone 4 remains the same. What does this mean? It means that while the screen is larger, the content on it will remain as sharp as in the iPhone 5S. As a result, I had no complaints about the iPhone 6’s display in general. It is also quite bright, if only slightly lower than the 5S. This still doesn’t affect its sunlight visibility and the iPhone 6 retains Apple’s history of good displays with excellent viewing angles. Apple’s auto brightness control helps with the sunlight visibility too.

"750p may not sound like much, but it most definitely works!"

Till now, the iPhone has been about premium feel and top of the line performance. The iPhone 6, though, is all performance. The new A8 processor inside is faster than the earlier A7 processor and gives very good performance. Does it heat up? Which iPhone doesn’t? Does that affect the performance? Not really. Games like Real Racing 3, Asphalt 8, Injustice: Gods Among Us and some others, run like a charm on the new iPhone. In addition, the extra screen real estate helps improve the gameplay experience.

Here’s my beef with Apple though. Where’s the battery life for me to use that performance? The device is a big battery hog. I couldn’t get past 6 hours, with or without intensive games. In fact, I never put the device through as much gaming as I usually do. The iPhone 6 loses battery fast when you start watching high definition videos or play games on it. The overall battery life is better than the iPhone 5S, but it's not even close to being enough. If you’re moving from Android to iPhone then this will be a shock for you, depending on what phone you were using. Most Android flagships have much better battery life than the iPhone 6.

"Performance is at par with any Android flagship, but battery life doesn’t allow you to use it enough."

The UI on iOS 8 is not any different from what we saw with the earlier version, but Apple had to do something to compensate for the bigger screen. The phone’s size, combined with its slippery body makes it a nightmare for those who use their phones while lying down. You will often find yourself struggle to reach the top of the screen or see the phone topple out of your hand while you try to do it. For this, Apple gave the option to double tap the home button, which shifts the entire UI down. 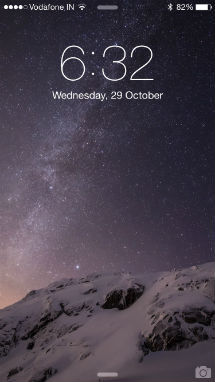 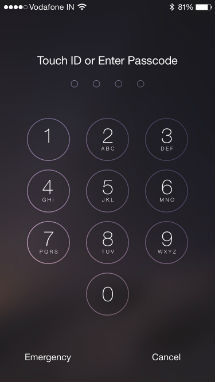 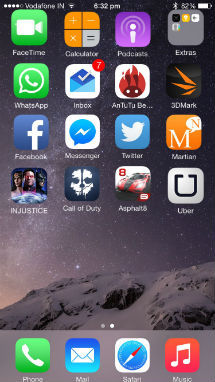 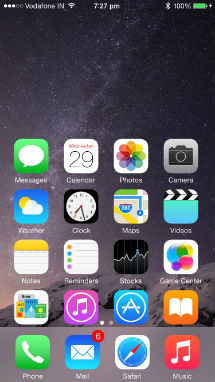 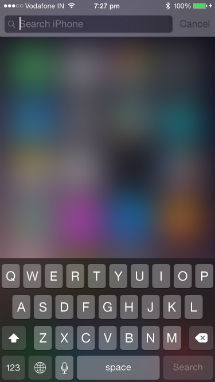 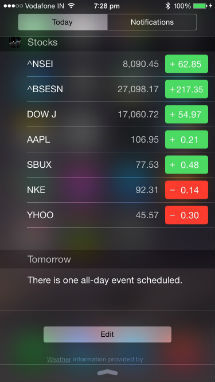 This feature, though useful, doesn’t work in some important areas like Spotlight search. The search bar on Spotlight search remains on the top of the screen and doesn’t move down. Neither do the search results. Also, while the double tap helps, it still makes you move around a lot. Back buttons in Apple’s UI are almost always on the top, which means you will have to reach a long way even after bringing the UI down. This further adds to the unwieldiness of the device and is a major glitch.

If there is one area where the iPhone 6 smashes it out of the park, it's the camera. While the device still has the same 8 MP camera as on the 5S, detailing and white balance on the iPhone 6 is definitely better. Apple’s camera is in fact the greatest testament to the fact that megapixel count doesn’t determine camera quality. The iPhone 6 takes amazing pictures in normal outdoor lighting and is good even under low light.

Not just that, the new phase detection autofocus is so fast that I missed the point when the camera focused on an object a few times. The only other phone camera that is this fast with its autofocus is the LG G3. The 8 MP images from the iPhone 6 can give any other smartphone and even some cameras a run for their money and it is easily one of the best phone cameras that you will find in the market.

That said, the iPhone 5S also had the best camera when it came out (Editor's Note: yes, we've considered the Lumia 1020 when we say that). While the iPhone 6 is better, the difference won’t be that apparent to the untrained eye. In addition, with iOS 8 allowing manual controls, the 5S has room for improvement through third party apps.

This is the tricky part. While the iPhone 6 does provide better performance than the 5S, you will know this only by benchmark scores. For regular usage, both the devices are just as smooth. The iPhone 5S is no slouch and shows no lags whatsoever. In addition, the 32GB variant of the 5S is available for almost as much as the 16GB version of the iPhone 6. On top of that, iOS 8 really doesn’t leave much to separate the two devices. So what’s to stop you from buying the 5S instead or refrain from an upgrade if you already own it? 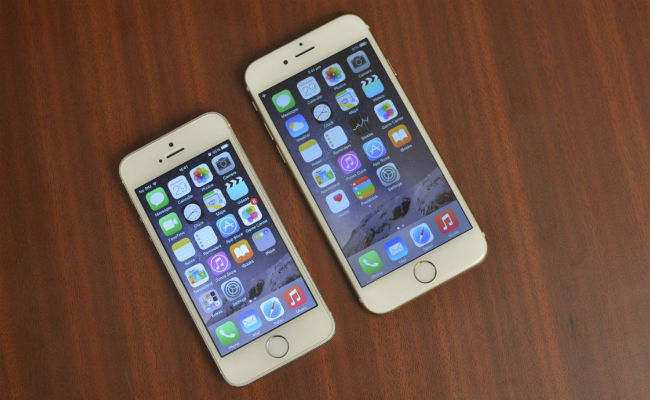 Well, the iPhone 6 will obviously have a longer lifetime than the 5S and will get updates for a longer duration. Secondly, the new iPhone will be the choice for Apple users looking for a bigger screen (but not as big as the 5.5-in one on the 6 Plus). If not, the 5S is still a very good buy.

Simply put, if you thought iPhones should be bigger, then Apple heard you and has delivered. If you have anything lower than the iPhone 5, then now is the time to upgrade. If not, stick to your phone and buy the next Apple smartphone that comes out.

"Want a bigger iPhone? Buy it."

The bigger screen on the iPhone was supposedly going to pull users from Android to the iOS ecosystem. But making the shift isn’t as easy as it sounds. Apple still hasn’t provided a really battery efficient phone with this one and iOS is still limited when it comes to sharing options. Yes iOS 8 is opening APIs for the same, but that’s a thing of the future. For now, you’re entering the Apple family and there’s a lot you may not like.

Moreover, Android has the benefits of being an open system and still offers many more features than the iPhone. Siri is no match for Google Now, especially in India, and customisation options are simply much greater on Android. Also, with Apple Pay not likely to be here anytime soon, you essentially don't have NFC on the iPhone 6 either. So, if you like to play around with your phone and want the above mentioned aspects then you shouldn’t be making the switch. On the other hand, if you want a phone that you can immediately start using and you aren't impressed by the way you can tweak Android, then the iPhone 6 is your best bet.

"If you don't want to fiddle with your phone to make it better, then buy it."

Yes, Rs. 53,500 for a 16GB smartphone is a farce, so if you’re going to buy an iPhone then make sure you have upwards of Rs. 60,000. If not, save and then go for it, maybe the prices will drop too. You get 10.6GB free, which really isn’t enough unless you’re planning and have the money to upgrade to the iPhone 7 next year.