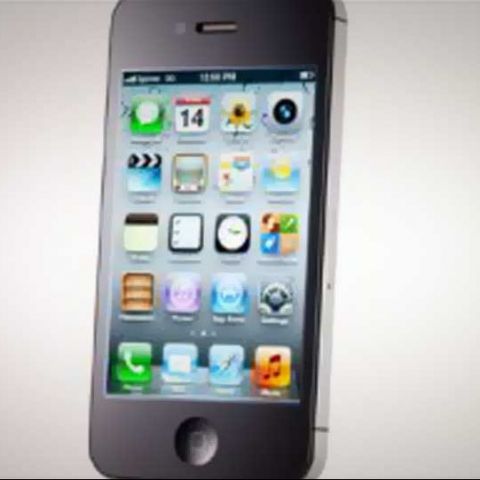 Contrary to what the general opinion suggests, the upgrades are significant. While the dual core processor may not give the illusion of the extra power when compared to the 4 in most usage scenarios, but the moment you open HD games, you know what you have spent the extra money for! The only thing that disappoints - you will have to specify to people that you are using a 4S and not the older 4. It is a bundle of magnificence, but does come dressed in old clothes, and costs quite a bit.

What was an atmosphere of anticipation soon turned into one of mass disappointment, accompanied by a lot of swearing. Instead of the iPhone 5, Apple announced the launch of the iPhone 4S. Which is a rehashed version of the iPhone 4. For the most part!

The single biggest reason for the groans of disappointment is mostly because the 4S looks so much like the previous iPhone. Not that it is a bad thing at all, considering the solid build and comfortable to hold design. What it does is doesn’t really offer that stand out-ish feel. Two people side by side, one using an iPhone 4 and the other is using an iPhone 4S - yet you wont be able to make out the difference.

It seems that Apple followed the same naming pattern as they did when the upgraded the iPhone 3G to the iPhone 3GS, with “S” for speed. The A5 dual core 1GHz processor powering the iPad 2 makes its way into the 4S. Graphics have been boosted as well, with the PowerVR SGX535 making way for the PowerVR SGX543MP2. Performance wise, the 4S is definitely faster than the iPhone 4, yet we must point out that the 4 was not slow by any stretch of the imagination. Apps open slightly quicker on the 4S, and the UI is slicker and smoother even with multiple apps open in the background. The upgrade to a dual core is all fair and good on paper, but even the power package on the iPhone 4 was quite excellent in itself, considering the immense optimization between the OS and the hardware.

Apart from the power package, the camera has been upgraded as well. The 5MP camera makes way for the 8MP one, with 1080p video recording and video stabilization. The still pictures look a lot better than the predecessor. While it is still susceptible to noisy images in low ambient light, but to a lesser extent. Video recording bump up is a real value boost, particularly with the video stabilization feature.

What is completely new is the voice-activated personal assistant, Siri. It is a whole lot of fun to speak to the phone, and quite an attention grabber as well. Speaking on the phone we are all used to, but speaking with the phone is something totally different!

The 3.5-inch display is carried forward, as if, from the 4. Apple seems to be following the adage of “if it ain’t broke, don’t fix it” to the hilt. The display quality is excellent. Despite being the small sized one in the company of 4-inch and above display sizes, this display does very well as far as multimedia viewing is concerned.

We were surprised to find that the 2G/3G toggle was missing in the network settings. There was no way we could turn off the 3G data and stick to only 2G.

Battery life is supposed to be an improvement over the older 4, but we really didn’t see any. With 3G connected at all times, the battery life of the two phones is similar. However, the 4S’s battery lasts a bit longer than the 4, with 3G turned off.

What the operators are offering

In India, Airtel and Aircel are selling the iPhone 4S. However, let us make it very clear - these phones are not network locked. For example - You can buy the 4S from an Airtel store with or without a new connection with it. You can put in the SIM card from any GSM service provider and it will work. The only requirement is to get your existing SIM converted to a micro SIM. If you are upgrading from an iPhone 4 or will be using the SIM you were currently using with the iPad 2, then there is no need to get anything changed.

There are special tariff plans on prepaid and postpaid that offer a reverse subsidy over a period of time, if you stick with those plans. Any existing but upgrading customer of the same service provider, or new iPhone 4S customer can subscribe to these plans. Also read, iPhone 4S tariff plans compared - Aircel vs. Airtel

As far as product upgrades go, this one has received the treatment where it matters the most - power and performance. For anyone who has a budget that can fit in the iPhone 4S as a possible purchase, we suggest you give this a try. It does bring in a bundle of magnificence, but will cost quite a lot of money. However, the fact that it looks like the older iPhone 4 will put off a lot of picky users, and even those who are currently using an iPhone 4.