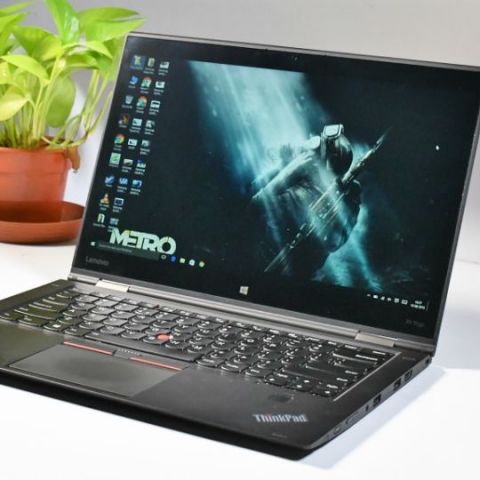 Having used the Lenovo ThinkPad X1 Carbon for about 4 years (the X1 Carbon first gen is still my daily driver), I went into this review with a lot of expectations and a wee bit bias towards the form factor. A business thin and light with a 14-inch display that manages to offer dimensions, weight and form factor of a 13-inch notebook is pretty much homeland for me.

The ThinkPad X1 Yoga is basically a slimmer and lighter version of the Thinkpad X1 Carbon with a 'Yoga' twist. If you've been following Lenovo's Yoga series of laptops, you'd know exactly what they offer. The ThinkPad X1 Yoga is being marketed as 'World's Lightest 14-inch Business 2-in-1'. Quite a mouthful, but it does satisfy the criterion for the title. The 'Yoga' on the ThinkPad X1 brings hybrid /2-in-1 functionality, allowing you to use the laptop in 4 modes - laptop, tent, stand & tablet. In reality, you'd end up using the X1 Yoga in the 'Laptop' mode for most occasions (more on this later). The Thinkpad X1 Yoga achieves its hybrid powers via a screen that can be folded 360-degrees, allowing you to fold the screen all the way back and use the laptop as a tablet. Though the ThinkPad X1 Yoga ain't a detachable hybrid (you cannot detach the screen from the base to use it as a standalone tablet), you need to fold the screen all the way back to 'convert' it into a tablet. The use of a touch enabled 14.1-inch display allows the ThinkPad Yoga X1 to offer the multi-mode use case scenarios. The images below show how Lenovo sees the ThinkPad Yoga X1 being used in different modes. 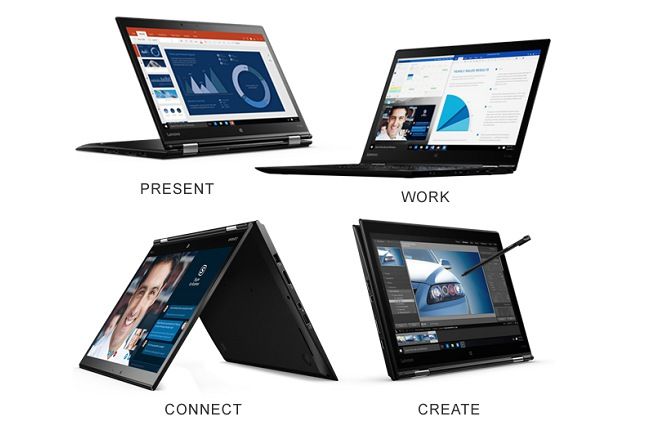 The X1 Yoga will be sold (and bought) for its looks, build and design and not on the basis of its specs or 'yogic' abilities. ThinkPad fans & loyalists will appreciate the classic ThinkPad persona that the X1 Yoga successfully retains for most parts. The X1 Yoga is a far cry from the current crop of ultrabooks and thin and light laptops that flaunt metallic finish, mixed with a dash of chrome sprinkled around to make the laptop seem premium. The X1 Yoga is matte black all the way, the smooth rubberized finish and an all-black color scheme makes the X1 Yoga come across as a no-nonsense laptop that is clearly competing for the 'most understated premium laptop' tag. For a business laptop however, the ThinkPad X1 Yoga looks the part and feels like a machine that's built to last. Talking about the build quality, the X1 Yoga is very well built, right from the hinges to the magnesium alloy based chassis, the X1 Yoga feels solid. The lid that houses the 14 inch screen is made using carbon fiber, making it durable yet light enough to be able to pull-off the "World's lightest 14 inch 2-in-1" moniker. At 1.27 kilograms, the Thinkpad X1 Yoga is the lightest hybrid business laptop with a 14-inch screen. Step down a bit on the screen size and you will find many 13.3-inch business laptops that weigh well under a kilogram, making the ThinkPad X1 Yoga look rather ordinary. From a screen size to weight and dimensions perspective, the X1 Yoga is quite a unique machine. With slimmer bezels and cleverly balanced keyboard layout, the X1 Yoga manages to offer a 14-inch screen in a 13.3-inch form factor, making it lighter, slimmer and fairly compact. 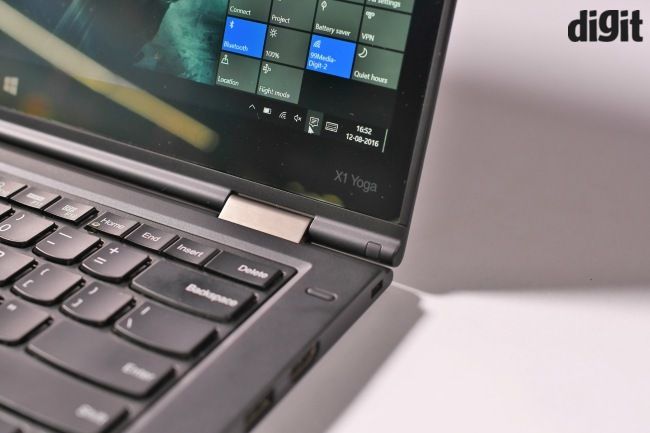 The review unit shipped to us came with a 14-inch 2560x1440 (WQHD) touch enabled display. Unfortunately, our review unit came with an IPS based display and not the OLED version. The ThinkPad X1 Yoga is currently the only laptop in India that comes with an option to choose an OLED display. The IPS based display offers punchy colors and good touch screen performance. Though, the brightness is on the lower side at 395 lux when measured at the center of the screen. The touch screen performance is quite good, the display responds and registers touch commands without any issues. The review unit did not ship with a dock-able stylus pen, which is included in the default package. And hence I wasn't able to test the usability and overall experience of using the ThinkPad X1 Yoga with a stylus pen. 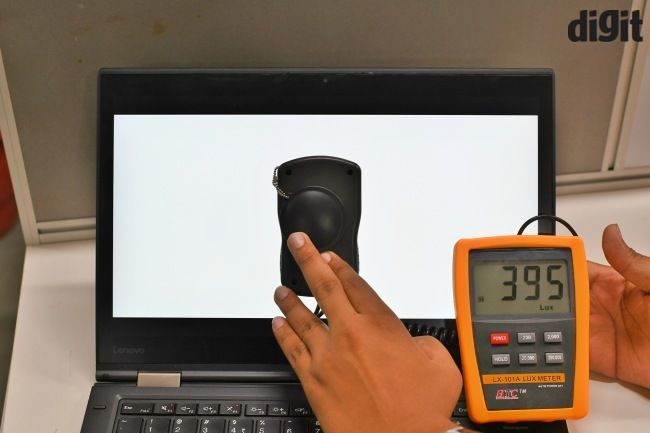 Performance and connectivity: All in place

Running on 6th Generation (Skylake) based Intel Core i5-6200U processor, the X1 Yoga never posed any issues when it came to running business applications and multitasking. Our review unit shipped with only 4GB of RAM which is a pity since most business laptops and ultrabooks in this segment have moved to 8GB RAM as the base spec. As a business laptop, the ThinkPad X1 Yoga offers adequate performance. Storage performance was good, thanks to the 128GB Samsung PCIe based SSD, I never experienced any noticeable lags when opening large files or switching between heavy applications. The performance benchmark comparisons below shows how the ThinkPad X1 Yoga performs in comparison to other ultabooks and convertible laptops in the same price range. 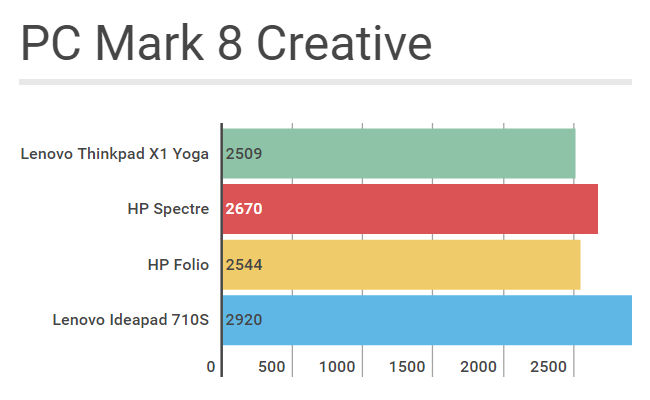 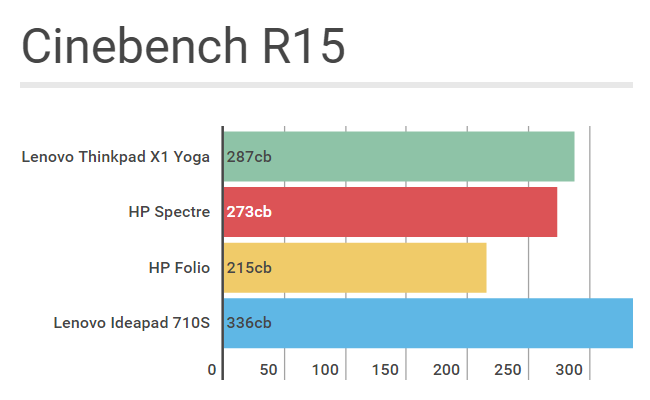 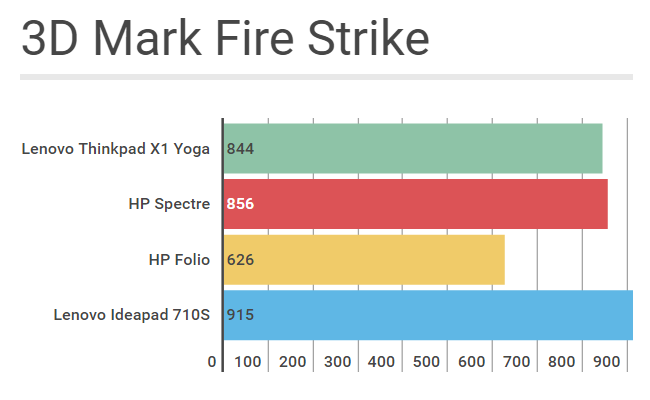 On the connectivity front, the X1 Yoga is well stocked, offering 3 USB 3.0 ports, HDMI out, Mini Display port and a SD card slot. You also get a SIM card slot for LTE connectivity. The X1 Yoga also offers biometric security via a fingerprint reader. What I sorely missed on the X1 Yoga is the array of physical buttons on top of the keyboard from the original ThinkPad X1 Carbon. The X1 Yoga does have some buttons, but they are placed at the edges, which makes it a bit inconvenient in terms of quick access. 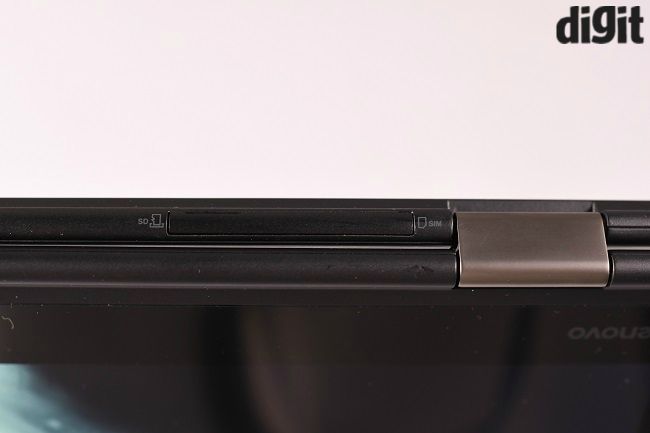 The Keyboard and Touchpad: A joy to use (for most parts)

For starters, the keyboard is well spaced, offers very good travel and the feedback is typical ThinkPad. Unlike most modern day thin and light laptops that come with a rather flat keyboard with minimal feedback, the ThinkPad X1 Yoga sticks to the traditional ThinkPad appeal, offering a keyboard that feels a lot more connected. However, there is a slight downside as well. The keyboard is relatively noisy and that can be an issue in silent environments. Just like most ThinkPad keyboards, the function and control keys are swapped, and that can be painful. Though, you can swap the keys by accessing the BIOS settings and selecting the key swap option under the config menu. 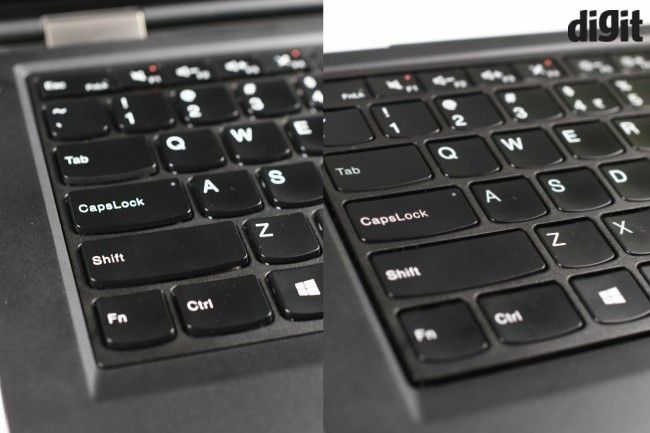 Coming to the touch pad, the X1 Yoga literally surprised me with its smooth, stutter-free behavior when using the touch pad. All gestures work well and the response is excellent, whether you are scrolling or swiping or using gestures, everything just works butter smooth. The size of the touchpad isn't class leading but that also helps in keeping the palm rejection issues at bay. The classic track-point with left, right and center buttons has been retained, and it works well. Though, I doubt on how many will choose the legacy input method, especially with a touch pad that works like a charm. The keyboard is back-lit and comes as a standard option for all versions. The keyboard lights up evenly and you can control the intensity of the backlight as well. 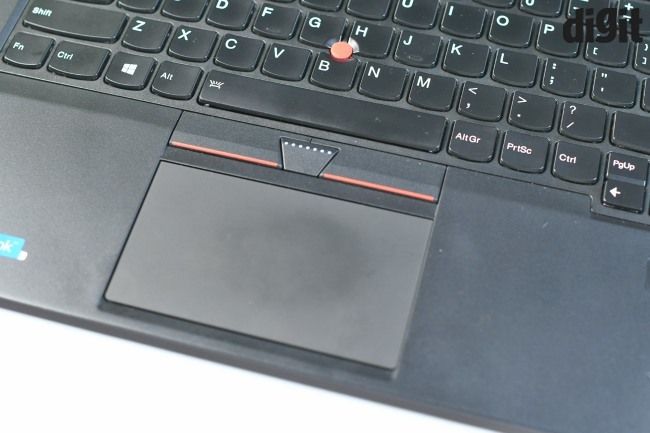 Battery life: Good for a convertible but not class leading

Average battery life with mixed use scenarios hovered between seven to eight hours, with no heavy photo/video editing or gaming in the mix. These results might not look very competitive if you were to consider a Dell XPS 13 or a Mac Book Air as competition. But, look at the X1 Yoga as a 14-inch hybrid laptop with a 2K display and the 7-hour battery-life on the X1 Yoga doesn't measure as being 'low'. The fact that it has a larger 14-inch display and weighs a mere 1.27 kilograms makes the X1 Yoga quite a balanced machine in terms of portability, real-estate and battery life. Having said that, I am still not convinced on the hybrid functionality being its selling point. Business laptops with larger displays need to offer detachable screens to qualify as true hybrids in my books. I'd be happier with a non hybrid version that offers double digit battery-life. 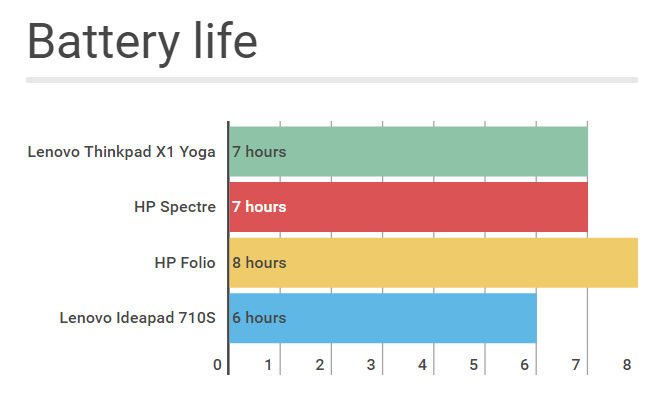 Bottom line: Will appeal to a select few

Like I mentioned right at the start of the review, the ThinkPad X1 Yoga will appeal to a specific genre of audience, looking for a business laptop that strictly wears a business look and offers the classic Thinkpad experience, albeit with a hybird twist. Priced at Rs 1,12,000 for the base variant, the ThinkPad X1 Yoga does command a rather stiff premium. You can customize the configuration depending on the choice of display, processor and storage options. I wouldn't recommend base variant of the ThinkPad X1 Yoga. The OLED (display) version along with 8GB of RAM and a 512GB SSD is the configuration to choose. Though, the OLED version will set you back by at least 50K over an above the price of the base variant. If you have the budget, the Thinkpad  X1 Yoga has a lot of unique features to make it stand out from the rest. But, if you are considering the base variant (non-OLED), we suggest you choose the ThinkPad X1 Carbon over the Yoga, which essentially is a non-hybird version with additional business features and is also more rugged while offering the same form factor and weight profile.