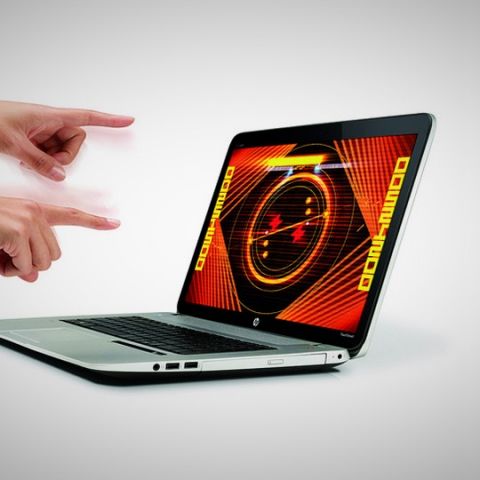 The HP ENVY 17 is an extremely powerful laptop, with top of the line specs with a massive 17.3-inch and brilliant Full HD screen. The motion sensor feature is something that is gives us a glimpse of the future, but at the moment, it has better show off value than practical purpose. Buy this, because the performance is undeniable.

We are sure that you would have already looked at the specifications sheet of the HP ENVY 17 Leap Motion Edition notebook. If you haven’t, let us summarize the notebook for you in one word - powerful. Add to it, the integrated motion sensor, and you have a machine that could very well be designed for the future! But, is this the machine for you?

Build & Design: More of the same good old....
Straightaway, one thing is clear - the 3.4kg machine is meant as a desktop replacement, and having to lug it around on a regular basis, probably isn't the most comfortable activity . Add the massive 17.3-inch screen, and what you have is a machine that could be equally adept with most kinds of usage scenarios thrown at it.

The design and looks of the ENVY 17 are very similar to the ENVY 15 we reviewed recently. HP’s design philosophy of minimalism and straight lines continues, with a greater focus on metallic colours. Happily for us, that means a shift away from the glossy and reflective colours that adorned HP laptops for quite a while, a couple of generations back. The materials used and the quality of the finish is top notch.

When looked at from the side, the HP ENVY 17 gives an impression that it is thinner on the near side, and thicker towards the back. However, because of the black coloured underside, that is pretty much a visual trickery - the thickness is relatively the same throughout. Port placement is traditional; spread across both side spines of the keyboard deck. 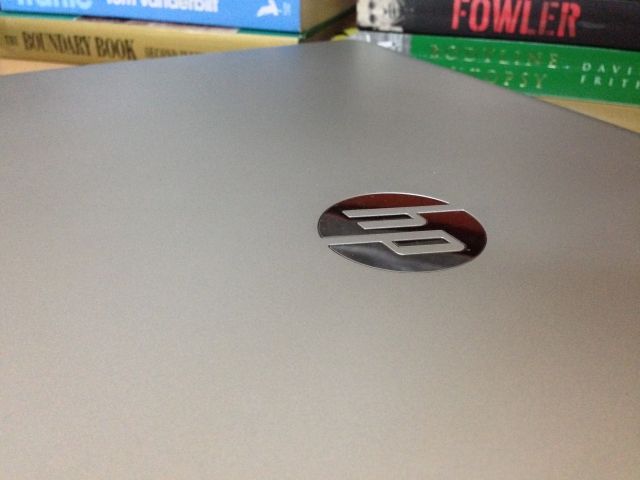 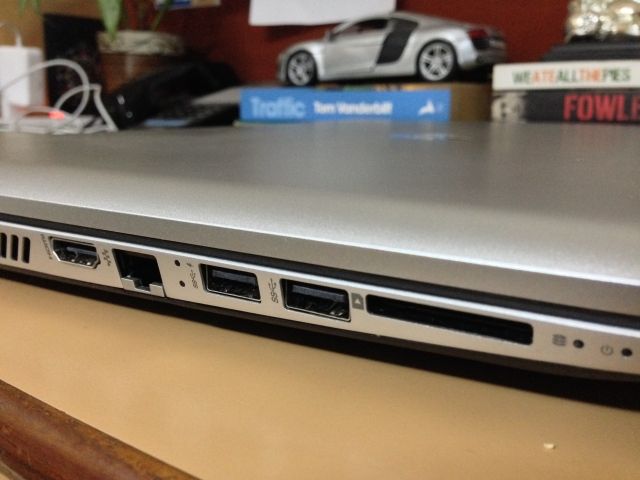 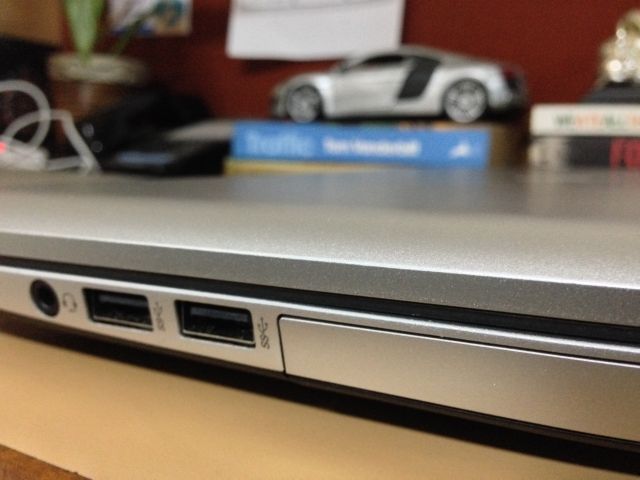 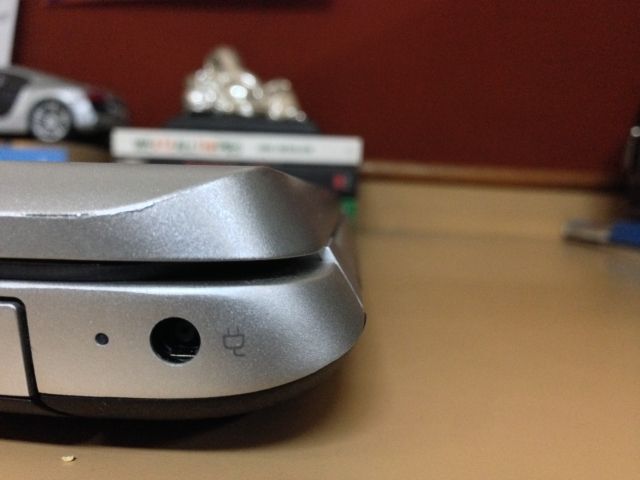 Leap Motion: Neat feature, not many apps to use it with though
San Francisco based Leap Motion Inc. has been making sensors for PCs and Macs for quite some time now, and you can buy them for any existing Windows or Mac machine for just under $70. But, the ENVY 17 is the first machine to integrate the sensor within the existing parameters of the notebook.

The sensor is seated in what is essentially a strip that sits beneath the keyboard. It uses two cameras and three LEDs to track your hand’s movements -- up, down and across. This integration is considerably smaller than the standalone version that Leap Motion sells, which is what made the integration within the laptop possible.

We installed the New York Times app from Leap Motion’s Airspace Store, just to see how well this feature works, and the experience was rather neat. The default calibration did not pose any issues, and the detection range is wide enough (and vertically high enough) to enable usage without having to constantly bother about staying with the sensor’s possible range. In fact, if the hand gets too close to the sensor, chances are the response will be iffy. Also, the Leap Motion sensor detects ambient light sources, and compensates for that. For page scrolling (in this particular app), both vertically and horizontal swipes, the response was smooth and consistent. However, the cursor is a tad finicky, and doesn’t like to remain at one place.

While this itself is a very cool feature to boast about and show off, you are still limited by the number of compatible apps. Leap Motion’s AirSpace store has quite a few games that include the typical drawing and painting apps. it is clear that most of Windows’ basic tasks are still not compatible with gesture control. And to open a specific app to make use of a particular feature is something that just doesn’t come naturally to most users, on a regular basis. Also, this input method is no way faster than the keyboard touchpad combo or the plain and simple touchscreen. While it does work fairly well, the feature isn’t something that will make me want to upgrade my laptop and sacrifice the portability and form factor advantages. If anything, for those who have the money and are willing to try new things, just get the $79.99 Leap Motion sensor that plugs into any PC or Mac via USB, and does exactly the same thing. 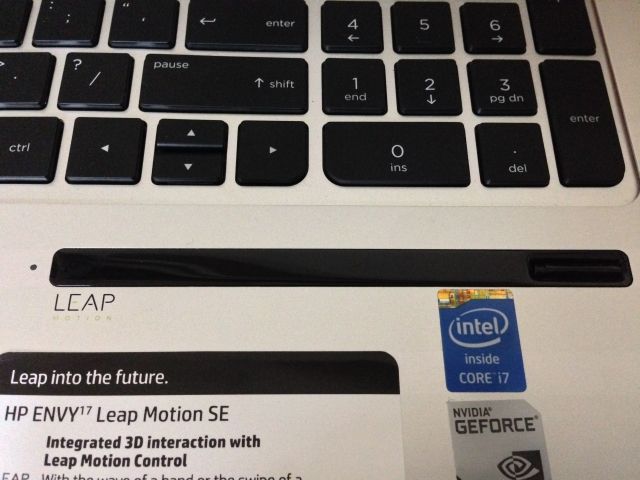 Display: With great size comes great brightness!
The 17.3-inch touchscreen is not the IPS panel that we had hoped for, but an AUO one with a 1920x1080 pixels resolution. The plastic layer in front of the display is much stiffer (thicker, if that word explains it better) than the ones seen on most laptops till now. Press down hard at any point, and the pressure resistance advantage is more than evident. Unfortunately, the panel is still extremely reflective, and unless the brightness levels are turned up, there will always be some discomfort with the ambient objects reflecting back off the screen. Thankfully, the native brightness is more than adequate. In the brightness text, this display clocked 1501 lux, which is the highest among all laptop screens we have tested so far. Colours look quite rich, and the native brightness is amongst the highest across all laptops. However, since we have not tested a display size similar to this in the recent past, it will be inaccurate to compare this to a 15.6-inch or smaller display with the luxmeter test reading. Text crispness is brilliant, and the written word is easily read. All in all, the screen is equally brilliant when it comes to serious office work, and for playing back an HD movie. And this is not something most laptops can claim to do, this well.

Keyboard: Old bottle. Not the exact same old wine
On the face of it, HP’s notebook keyboards are perhaps one of the better ones across all Windows laptops. The island design, as HP calls it, is the closest that this category of laptops has come to the good old Apple MacBook. On the ENVY 15 and the smaller notebooks launched in the recent past, the keyboard has been brilliant - easy to get used to, sharp response and consistent enough for quick typing. The keyboard on the ENVY 17 Leap Motion does all the things, well almost. Except two things - the key travel is a tad too much and the response is a tad softer than what we have become used to. Spacing and key size is good, and the number pad is something that can be afforded because of the extra real estate space. Again, the travel and soft response issue is nothing that one cannot get used to, because once you do,  it will become a norm for your fingers. Also, when the middle of the keyboard is pressed hard near the middle, the deck tends to dip. This is something that just feels out of place on a laptop that costs Rs 1,14,990. 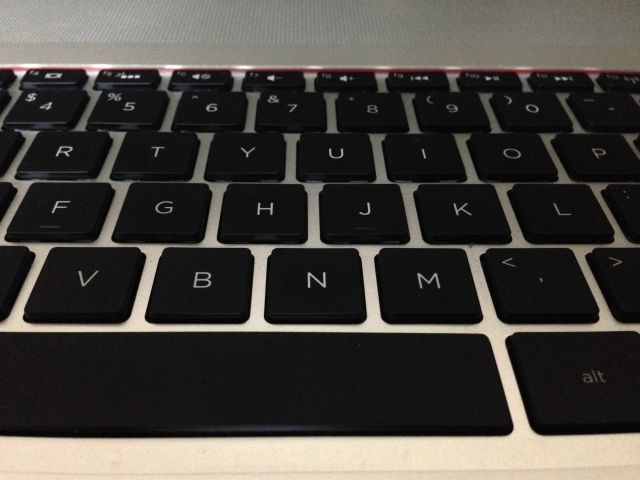 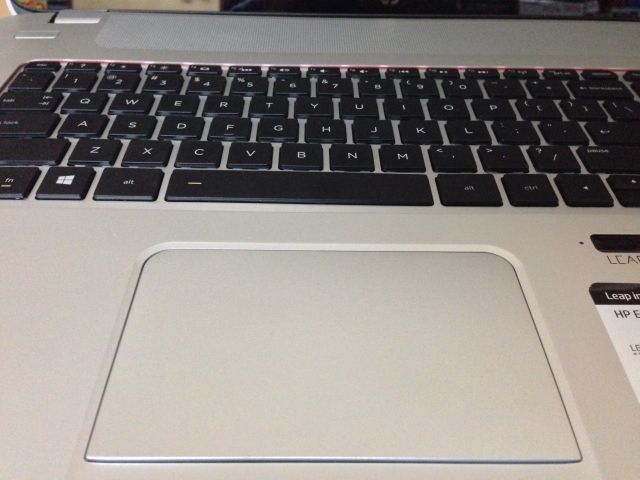 Performance: A proper beast
This massive beast packs in a 4th Generation Intel Core i7-4702MQ clocking at 2.2GHz and Turbo Boost takes it up to 3.2GHz. This processor has a slightly less fashionable TDP rating at 37 Watt (in an era when 15W and lesser is considered as healthy), and the HD 4600 integrated graphics tag along. HP pairs this with 8GB of RAM and a 1TB hard drive. The graphics capabilities have been given a major boost as well, with the Nvidia GeForce GT 750M, the 28nm Kepler series GPU with 4GB of dedicated memory, in switching mode with the Intel HD 4600 integrated graphics.

With a top of the line CPU and an upper mid-range GPU waiting to be unleashed, the expectations from the ENVY 17 Leap Motion are pretty much of a blazing performance. Straight off, the Core i7-4702MQ processor makes an attempt to be politically correct, by bringing down the TDP to 37 watts, compared to the Core i7-4700MQ processor with the TDP at 47 watts.

Performance is blazing fast, and the benchmark tests as well as the real world usage performance confirm that. Despite being equipped with just an HDD, Windows 8 boots up in less than 10 seconds. And there is no question of the machine ever freezing or slowing down. Perfect hardware and specs for anyone who wants a very powerful laptop.

Gaming performance has received a massive boost as well, with the Nvidia GeForce GT 750M GPU. Boost we say, when put in perspective with the mid-range GPUs that most laptops seem to offer, as a virtual ceiling. The GT 750M packs in its own 4GB DDR3 memory with a 128-bit interface, and the core speed reaches up to 1085 MHz when in turbo mode. The CineBench Cinema 4D OpenGL test gave a test score of 60.02fps, which solidly puts this in the upper mid-range level. And when most GPUs that score around 40fps in the same test are adequate for most of the recent game titles, the GT 750M is most definitely a few notches better in all regards. This is one of the critical aspects that makes this notebook 'future-proof'.

Battery life, as expected, is a disappointment. While you are not expected to carry this notebook around from meeting to meeting, you do expect some sort of on-the-go capability, whenever you may urgently need it. The battery lasted just a little more than 60 minutes with the Leap Motion hardware active and waiting for input, and 101 minutes with Leap Motion turned off.

To buy or not to buy? Look before you leap!
The HP ENVY 17 is an extremely powerful laptop, with top of the line specs and a massive 17.3-inch display with the Full HD resolution. The motion sensor feature is something that is giving us a glimpse of the future, but at the moment, it has a better show off value than practical purpose. Buy this, because the performance is undeniable, and this machine has enough future-proofing as far as the specs are concerned. Dont, if you want something which is slim and light, with a battery life that may last you a day.