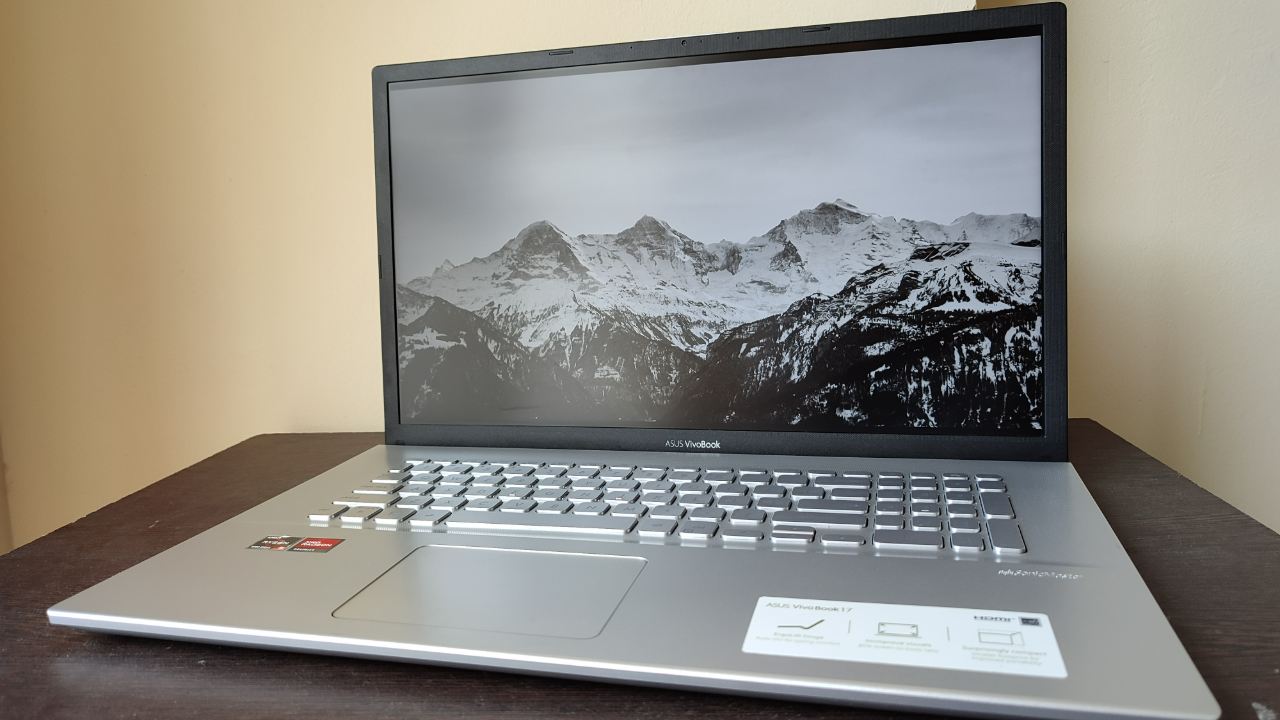 The ASUS VivoBook 17 is a laptop capable of performing daily productivity tasks and some light gaming. Its 17.3-inch FHD display combined with a loudspeaker system will fit well in your workflow and can offer a great viewing experience as well. However, the laptop's underutilized keypad real estate and weight can be a problem for some users. Further, if you're willing to settle for a smaller screen, you can also find a similarly specced laptop at a more affordable price.

I like laptops with big screens. They give you the feeling of working on a traditional desktop, but with the added benefits of portability. The presence of a big screen also paves way for a big and wide chassis which, at least theoretically, leads to better airflow and performance. So when the ASUS VivoBook 17 landed on my desk, I had the same expectations from it that I usually have with a big-screen laptop. Needless to say, I was pretty excited. And after using this laptop for over a week, and testing every bit of its functionality, here’s what I think about it.

The ASUS VivoBook 17 packs in an AMD Ryzen 5 5500U APU, which stands for Accelerated Processing Unit. It packs the CPU and the GPU on the same die. The CPU is a 6-core/12-thread unit (which we’ll talk about in a minute) and the GPU is a low-powered Radeon Graphics processor with 7 Graphics Core. The CPU has a Max. Operating temperature (Tjmax) of 105 °C and an 8MB superfast L3 cache.

With the introduction aside, let’s take a look at the actual performance. The Hexa-core CPU belongs to AMD Ryzen’s “U” series processors, which are power-efficient. And it certainly is one, in around 20 minutes of YouTube video watching and web browsing the battery only drops by 5%.

In the PC Mark 10 Extended benchmark, the laptop scored 4293. It scored high in “Essentials” and “Productivity” but had decent numbers in “digital content creation” and “gaming.” 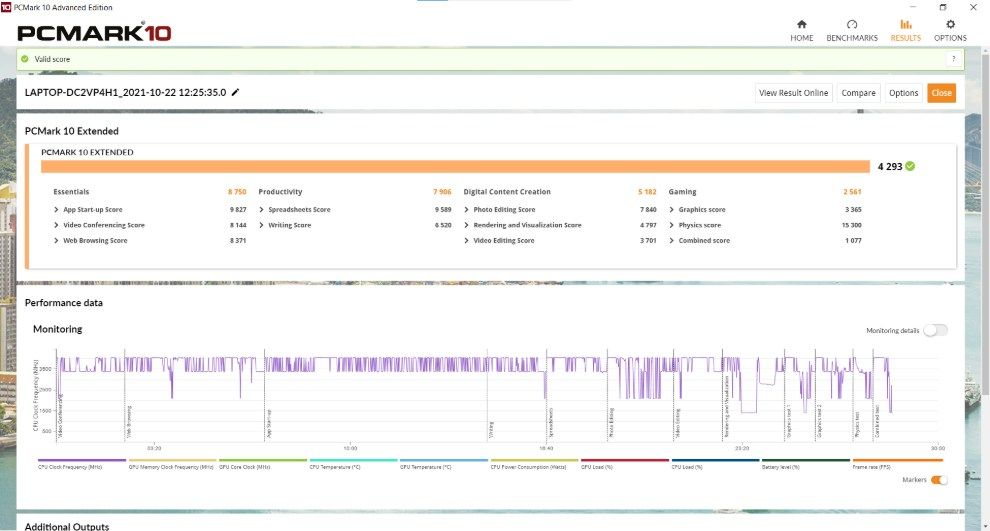 The AMD Ryzen 5 5500U chip scored 2362 in Cinebench R20 and 1161 and 3743 in single and multicore performance in Cinebench R23 respectively. These are pretty good numbers and translate to similar real-world performance as well. When using Wondershare Filmora video editing software, the chip can render a 10-minute long 4K file at 60FPS with H.254 encoder and a bit rate of 80000 in around 39:39 minutes. 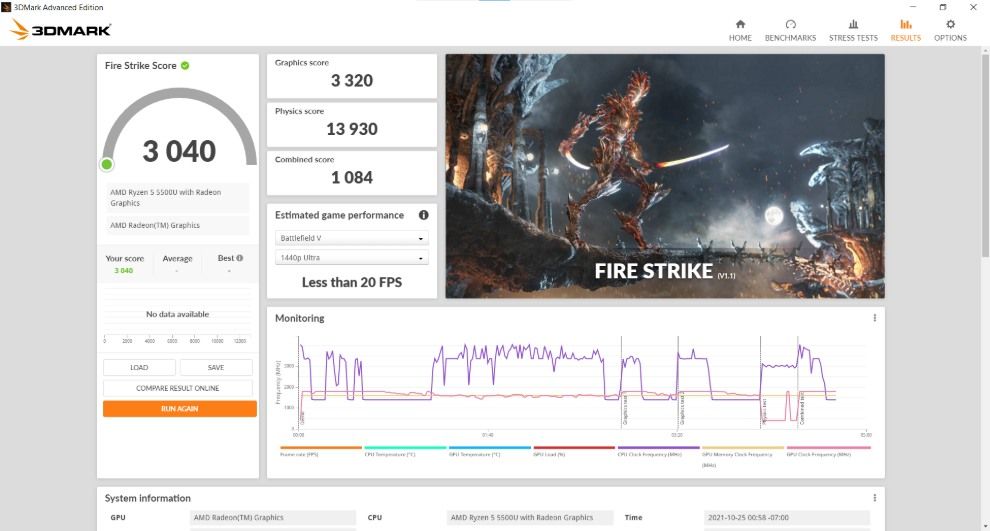 In terms of GPU performance and gaming, the AMD Ryzen 5 5500U took me by surprise. I ran the chip through 3d Mark’s TimeSpy and FireStrike and it scored pretty decently. I tested games like Valorant and Shadow of the Tomb Raider. The GPU delivered between 90-95 FPS in low settings at 1080p resolution in Valorant and 30 FPS at lowest setting while running Shadow of the Tomb Raider.

The ASUS VivoBook 17 is not built to play Cyberpunk 2077, but you can definitely enjoy some light gaming on it. Considering the kind of purpose it’s mostly built for - productivity and daily usage - the kind of performance it delivers in games is quite good.

My ASUS VivoBook 17 review came with 16GB DDR4 RAM and under most conditions with a few tabs open and another two or three apps running in the background, its usage stays at around 50%. Considering the kind of performance, the 16GB memory should make this laptop quite future proof.

As mentioned the ASUS VivoBook 17 comes with a 17.3-inch FHD display with a 16:9 aspect ratio. In our display testing, we found that the laptop comes with 269 nits of peak brightness. Additionally, the laptop’s screen has 63.9% sRGB coverage and 47.4% DCI P3 coverage. Furthermore, the FHD display has an 861:1 contrast ratio, which is kind of expected from an entry-level LCD panel. 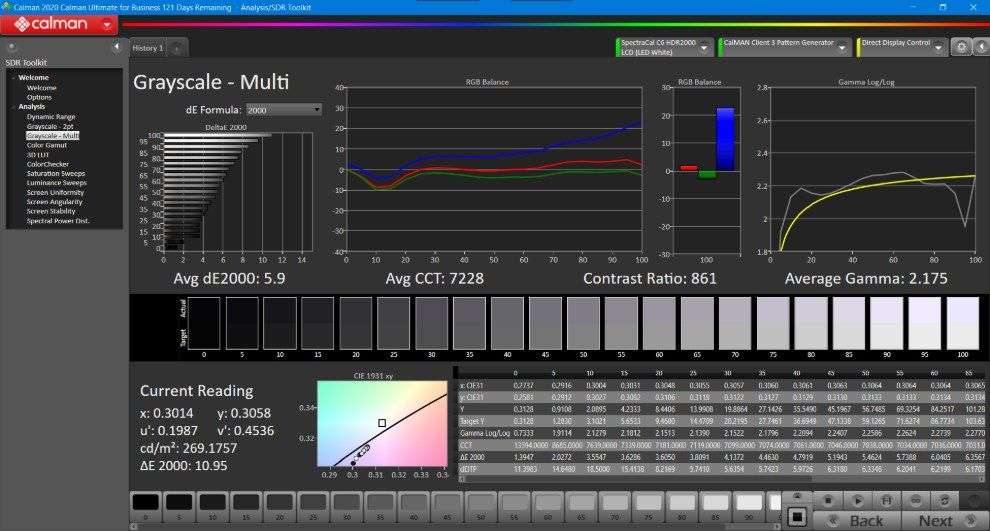 The RGB balance of the screen is towards a bluish tint and the Average colour palette temperature is also 7228K, which showcases cooler colours. We also tested the laptop’s screen for colour accuracy and during the ColorChecker analysis, we found an average DeltaE value of 5.4 and a max DeltaE value of 19.7, meaning that the display is not colour accurate. 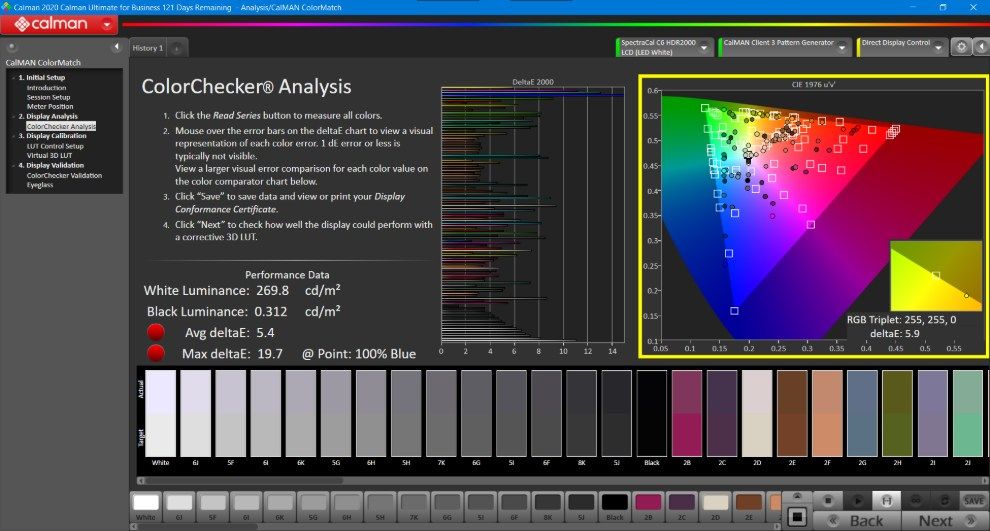 Overall, the ASUS VivoBook 17’s display is big in size, but not so big on features. It is a fairly average and serviceable display that’s usually found on most laptops. The screen has a matte finish that prevents reflections as much as possible, which is a nice feature.

The ASUS VivoBook 17 comes with a 65Wh battery, according to official information. The battery size is pretty big for a laptop in this category. I tried running the standard PC Mark 10 Battery life benchmark, but for some reason, it kept crashing on this laptop. After three tries, I tried to manually test the battery life.

I kept the laptop at 100% screen brightness and its battery in performance mode before removing the charger. After streaming a YouTube video with several Chrome tabs opened in the background, the laptop’s battery discharged around 4%, which is pretty great. In my real-world testing, I found that the laptop easily lasted eight hours during continuous usage. 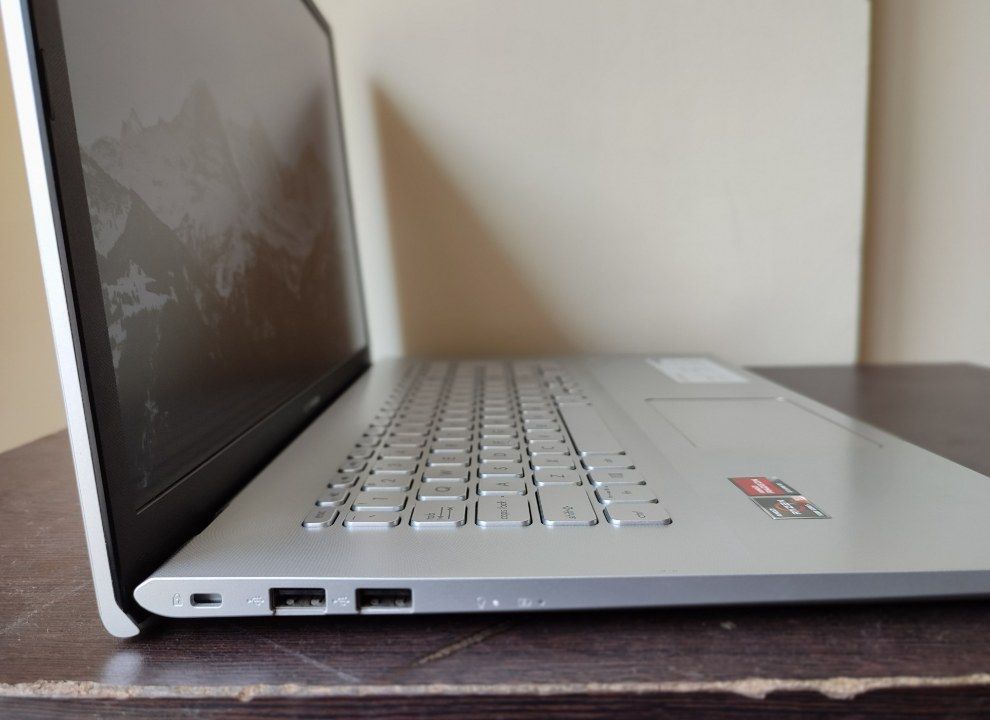 The ASUS VivoBook 17 is a big laptop in terms of length and height. Its 17-inch display towers in front of you. However, its huge deck area seems underutilised. You can find plenty of real estate near the keys, which remain under-utilised. The keyboard feels adequate for its size but the trackpad could have been bigger.

The keys have good travel and the laptop’s chassis is quite sturdy. There's also a very small amount of flex, which you can easily ignore. Overall the build quality of the laptop is very good and the device feels like a heavy-duty machine.

The ASUS VivoBook 17 comes with two speakers placed underneath the laptop. They are loud, but sound hollow and lack bass. I’d suggest using earphones if you’re planning to watch some content on this laptop. You get no manual control over the laptop fans, but they turn on whenever you’re playing a game or running a resource-heavy application. 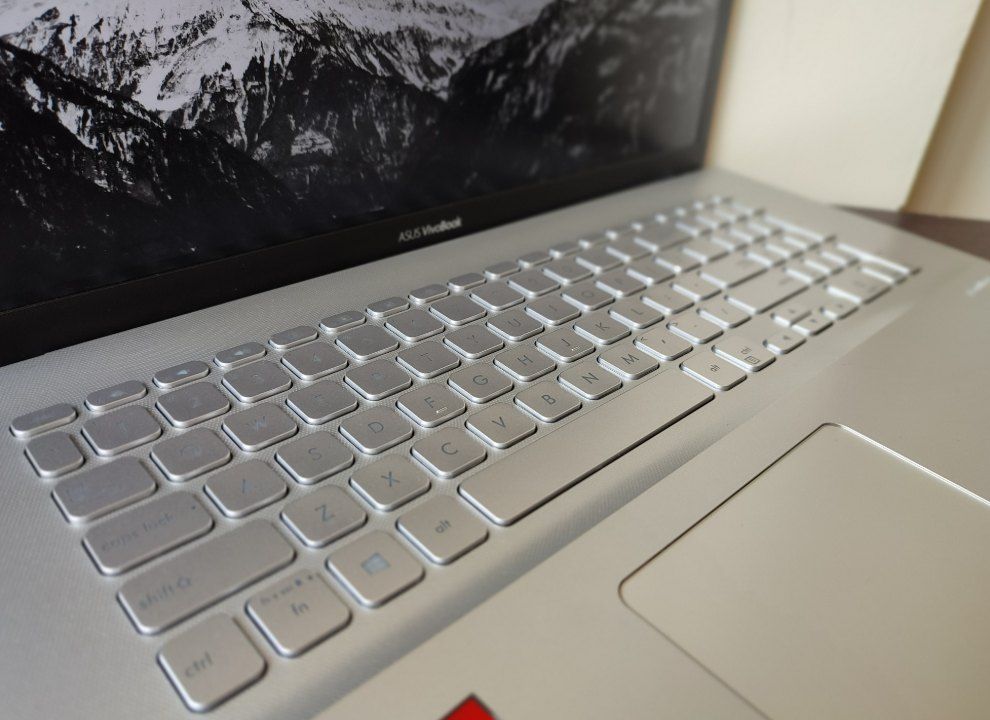 From these tests, it is clear that the ASUS VivoBook 17 is a jack of all trades and a master of none. It features a power-efficient yet capable entry-level APU, a decent amount of storage, good battery life and a big screen. It can play games, but not at the highest graphical preset, you can watch videos on it for hours but not in 4K resolution and its keyboard is great but the trackpad could have been bigger.

If you’re looking to buy a general-purpose laptop for a big screen for Rs 61,990, then the ASUS VivoBook 17 is a decent choice. But if you’re willing to opt for a smaller screen then you can get pretty much a similarly performing laptop for much cheaper.