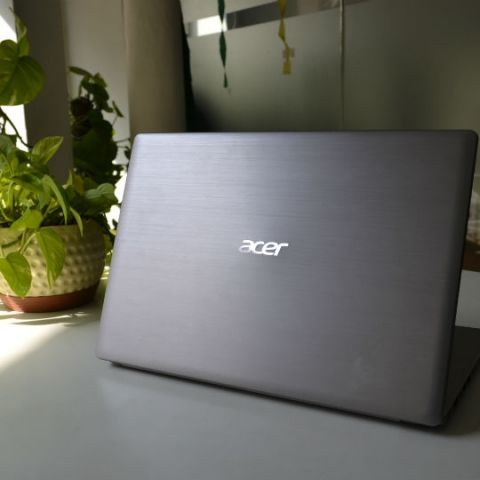 The Acer Swift 3 is a worthy option around the 60K price point which combines the ports of a 15.6-inch laptop with the battery life and screen size of a portable machine. The laptop offers one of the best build quality we have seen at its price in addition to the stellar performance.

We at digit are fans of thin and light laptops but are not very happy with the lack of ports on these machines. One can opt for a 15.6-inch everyday machine which will come with all the required ports, but at the end of the day, will be a bit bulky. In a nutshell, the market certainly lacks good contenders in the middleweight category, laptops which are not too heavy and are not too shabby at tackling tasks and at the same have all the required ports. However, things are changing and we now have machines like the Acer Swift 3. Featuring an all-aluminum build, the Acer Swift 3 looks premium, weighs under 2 kilograms and the 14-inch display puts it right in the middle of the laptop pyramid. That’s not all, with a price tag of around 60K, the Acer Swift 3 seems to have the potential to be the best value for money laptop in the mainstream category. Is it up for that challenge? Let’s find out. 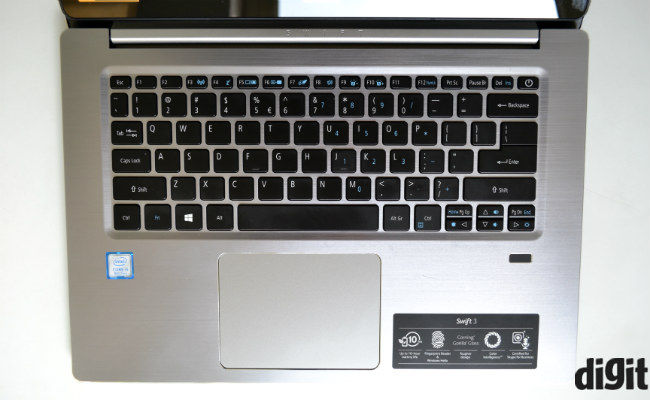 Build and Design
Acer has done everything by the book for this machine. The Swift 3 features an all aluminum build, which with its brushed metal finish looks and feels premium. Be it the keyboard deck, rear casing or the top lid, the Swift 3 has metal all around, which for a laptop at its price is somewhat surprising. Metal everywhere means the build quality is also quite robust and there is minimal flex and even the display has glass on top further strengthening the build quality. The brushed metal finish on the machine is further complemented by chamfered edges running around both the lid and the keyboard deck. A similar theme is followed on the inside, around the touchpad and the fingerprint scanner. 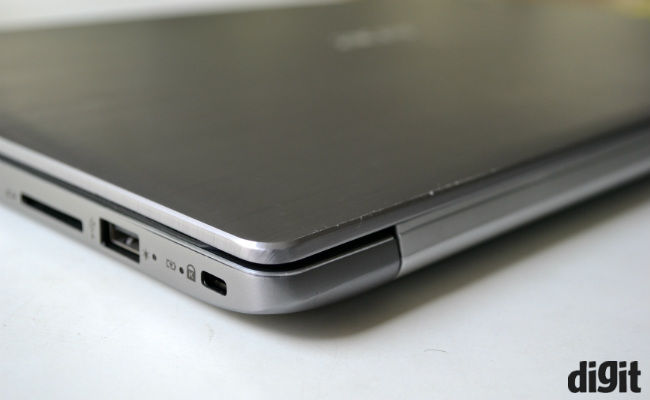 Being a 14-inch machine, it is not as lightweight as a 13-inch laptop, but at 1.8 kilograms it is still not as heavy as some other machines available around the same price. We tried opening the rear of the laptop to figure out accessibility and upgradability of the machine, and unfortunately, we failed. The keyboard deck seems to be held too tightly to the rear cover and does not seem to give away even after opening all the screws and careful prying. That said, we can tell you after our time with the machine that there is ample breathing space for the CPU from the bottom and the single pipe and fan cooling system inside does a good job in all conditions. 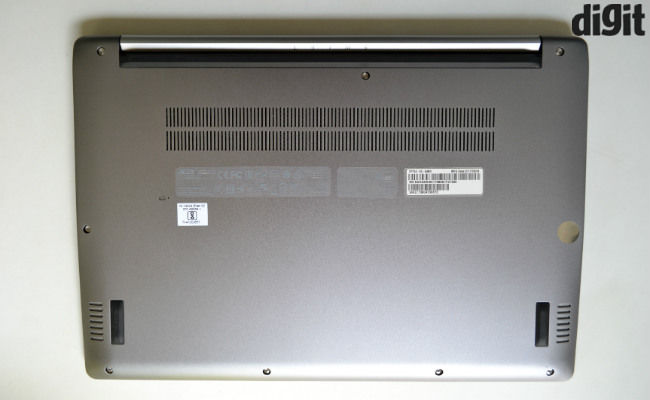 Display and I/O
Opening the lid, you are greeted by 14-inch LCD display which has good color fidelity, usable viewing angles and decent contrast with an equal amount of sharpness. However, the glass cover makes the display a bit too reflective for our liking and the low brightness levels of the display doesn't help it either. The panel has a 1080p resolution, which in a 14-inch display size feels at home. You can move the display all the way back and don’t be fooled by the glass surface on top, it is not a touch-screen display. 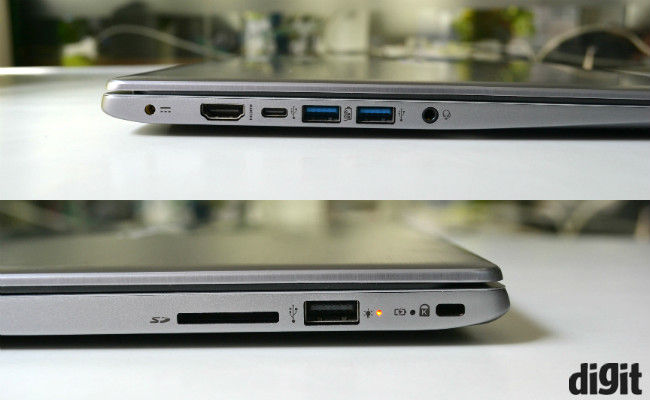 As we mentioned earlier, the Acer Swift 3 stands on the middle ground of a thin and light machine and the boring everyday 15.6-inch laptop. Hence, the port selection is also a mix of both worlds. On the left you get two standard USB 3.0 ports, one USB 3.1 Type-C port and an HDMI out. The microphone with headphone jack combo is also present on the left. The right side features an SD card slot and a USB 2.0 port. You get fast charging capabilities via one of the USB 3.0 ports on the left and that’s about it. Hence, the laptop is just missing a standard ethernet port, which we don’t really mind.

Acer, however, could have powered the machine with a standard USB Type-C port, adding another port to the mix, otherwise, we are quite happy with the port selection.

Keyboard and Touchpad
The typing experience a laptop provides is far more important than missing ports. And, we are happy to report that the typing experience on the Swift 3 is good enough. The keys on the chicklet style keyboard are well spaced out and required a short press. These keys press down without a clicky sound and at first may feel a bit spongy as they don't bottom out that clearly as on an HP Pavilion 14. However, given some time, the keyboard grows on you. It is still nowhere as good a typing experience as a Thinkpad or even the Ideapad 720s provides, but for the price, we think it is decent. The keyboard also comes with two-stage backlighting which has its controls on the function key, which makes them hard to find under low light.

That is not all, the page down and page up keys are squeezed in with the arrow keys, which makes pressing either of the keys a challenge for touch typists. The top function key row is also a bit small compared to the rest of the keyboard which makes the keyboard look cluttered. The rest of the keyboard offers a good pitch and the palm rest offers enough space for your hands while typing. The chamfered edge around the keyboard deck is a bit sharp though and it does dig into your wrists after a long typing session. 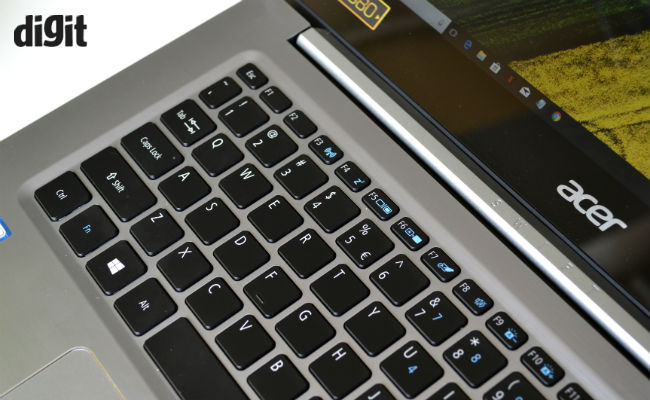 The touchpad on the other hand is laid out well, is large and works nicely. The matte touch surface tracks well, even if you have slightly sweaty fingers. The tracking is just as good at the edges as it is on the center. More importantly, the Touchpad supports all Windows 10 gestures including two-finger tap to evoke right click. Further, since it uses Windows precision drivers, the Touchpad is more than likely to support any other gesture which Microsoft may add to the OS in the future. As for the two left and right click buttons at the bottom, they work well and press down with a small audible click. 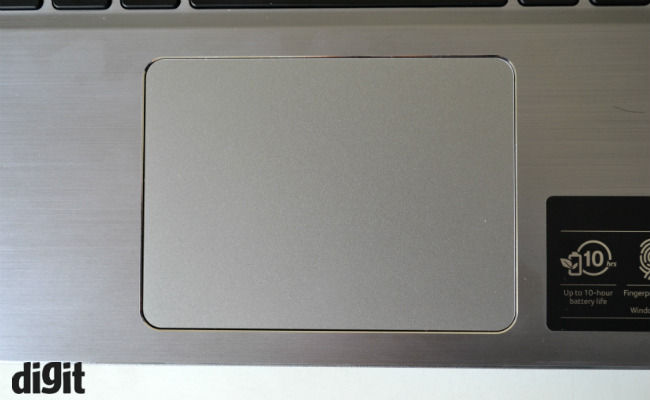 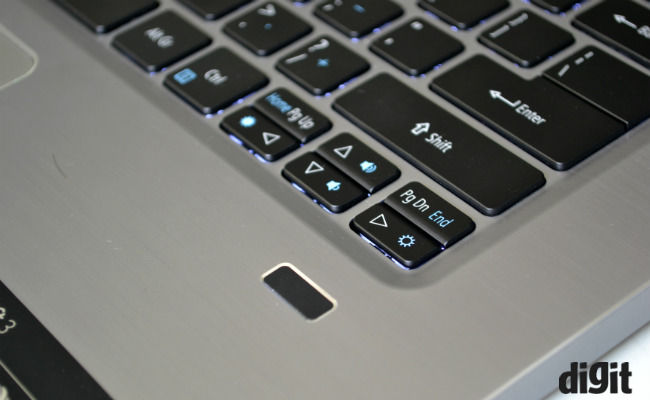 Performance
Performance is another forte of this machine. Powered by a quad-core Intel Core i5-8250U processor, the Swift 3 take on last-gen Intel Core i7 (u-series) powered laptops in day-to-day performance. That said, the multitasking capabilities are unfortunately rather limited as you only get a 4GB DDR4 RAM. This is enough to run video streaming applications, productivity apps but does become a hindrance if you are a Chrome user and do some heavy browsing on a daily basis. The 256GB SSD by Hitachi is also not the fastest we have encountered in recent times. It is definitely faster than a normal HDD, but compared to some PCIe based storage solutions on some other machine, not fast enough. 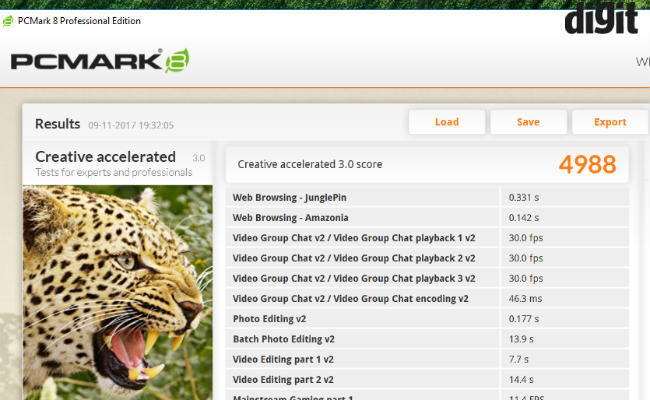 So, it all boils down to affordability. With the Acer Swift 3, Acer is trying to keep things on a tight budget without compromising on build quality or on core performance. That said, the smaller RAM and the slower SSD does feel dated compared to the rest of the hardware. 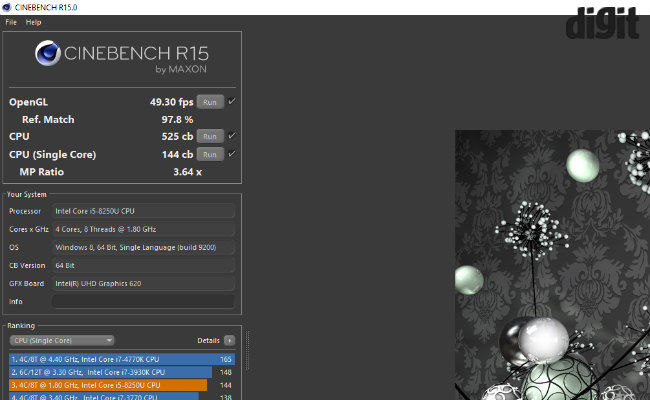 Overall though, we did not find the performance limiting unless you are really pushing the hardware and without a discrete GPU onboard, this is not exactly a gaming laptop either. That said, it can still run some esports titles like CS:GO at lower or medium settings without much hassle. 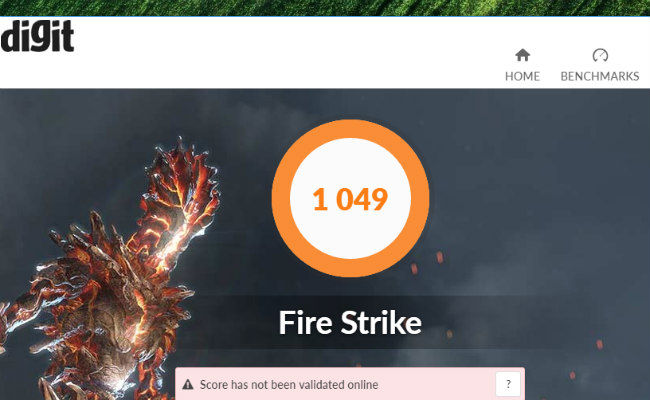 Audio quality from the two down-firing speakers can be described as loud but not exactly clear at higher volumes. The Swift 3 can be used to play music and videos occasionally, but it is not really loud or clear enough to be the only speaker running a video presentation.

At the same time, we didn't find any experience breaking heating issue with the laptop and the machine can easily be used in varied environments and on surfaces. We tested the machine at full load and after a full 30 minutes, we saw the temperature reading even out around 80 degrees on the chip level. The laptop becomes fairly warm on the right side around the function keys F7-F12, but not really uncomfortable to use, keeping the temperatures below 40 degree Celsius. The good part is that even at full chat, we didn't see any throttling from the Intel CPU.

Battery life
Then there is the battery life which offers 6-8 hours of mixed usage with browsing, streaming video content, typing, figuring out excel sheets and listening to music on the side. Hence providing better battery life than most 15.6-inch laptops out there and even better than some thin and light machines. In the PC battery test, the laptop was able to last for four hours and four minutes at full brightness, putting it above many many machines.

Bottomline
All-in-all then, the Acer Swift 3 is a complete laptop, covering all the essentials you would require a 60K laptop to provide. It is relatively thin and light, has the performance and the battery life is reliable. The best part is that Acer has not compromised on build quality and while the display could have been better, it is not something which will put anyone off. Some compromises have been made in all this, like the smaller RAM and inferior SSD, but one needs to keep in mind that the Acer Swift 3 provides quite a lot at a very reasonable price.

The laptop has two main competitors, one is the Asus Vivobook S14 (Asus Vivobook S15 Review), build quality of which is inferior to this machine and then there is the HP Pavilion 14, which offers a GPU and an HDD storage but at a higher price tag.