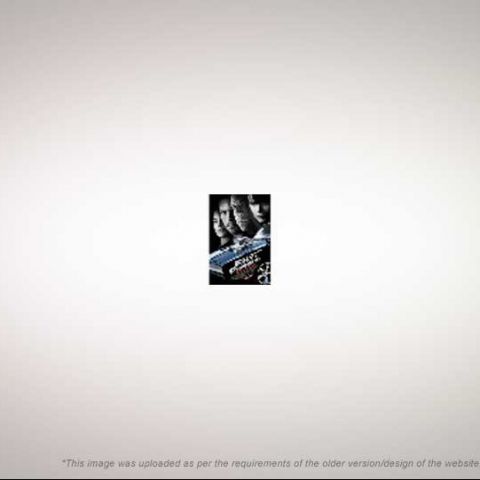 Before we get into the actual review of this latest installment of the F&F franchise, lets look at some of the reasons why we go to watch movies. Some go for crying their eyes out (yech), some go for intellectual mumbojumbo, some lead sad and depressing lives and so crave romantic comedies to mitigate the bane of their existence (double yech). But some actually go for having fun! Fun here is defined as adrenalin pumping edge-of-your-seat action! If you're this last kind, this one is definitely for you. All right then, on to the movie...

This is the fourth film in the series but chronologically it occupies the third position. So its something like a mid-quel. Sounds difficult to pull off in terms of the plot, but the tying-in of the story has been done quite nicely. You have a cameo at the beginning itself that'll put things into perspective. (Its not a big deal but still,we wont spoil it for you). Like the first Fast and Furious this one is set in LA. So as expected there is a lot of American Muscle v/s Import. Coming to the races, there is a definite feel of NFS Underground to them. With GPS guided races, that push NOS fitted 10 second cars, not just on a straight drag track but though rush hour. Many a need for speed fan is bound to go "hey that's familiar". Why we say this is because the races take place in a very "mission" format.

We at Digit appreciate beauty in all forms, be it in the female or mechanical. We know you do too, and there is definitely lots of both throughout the movie. For eye candy we have Michelle Rodriguez, Jordana Brewster and several other beauties sprinkled here and there. In the cars stable there are several of your favorites to look out for. You have the baddest muscle cars like the Chevrolet SS Chevelle, the '73 F-Bomb Camaro and an appearance of the old favorite 1970 Dodge Charger. For those who appreciate the sublime beauty and performance of imports you have the always-amazing Nissan Skyline GTR and newer Subaru WRX STi. Vin Diesel puts in a good performance as the quintessential tough guy, but our frat-boy Paul Walker doesn't seem to move out of that one expression he has throughout the movie. Its like he's always amused or trying to do mental math, or both actually. What about the plot? Do we really care? Yes! Otherwise it'd be just a bunch of shiny cars doing crazy shit, much like what 2F2F was. This one however has a decent enough plot that's keeping everything together. The movie teasers have given hints of taking the action across international lines. Well they do take the racing across international borders and how! (Mexico and tunnels - is all we're going to say). The racing sequences are spectacular and visually striking in the way they're filmed. The music is a good mix of underground hip-hop and really crunchy rock, which will have your pulse up a few notches. The first Fast and Furious took street racing to the masses while this one takes it further. Watch it for a fast-paced adrenalin thrill ride. We give the movie a 3 out of 5. With a tag line of "New Model. Original Parts", and a Friday release you should be able to tell us what you think soon enough.