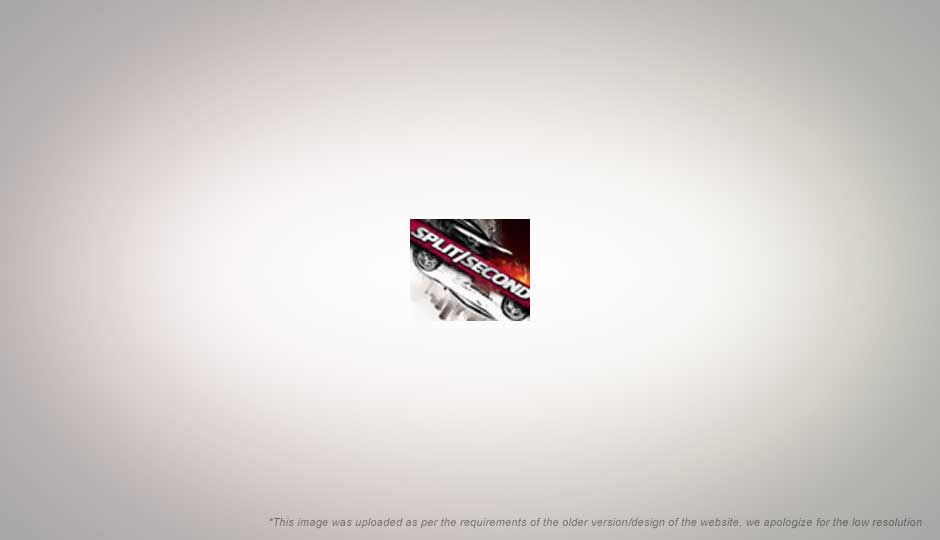 Split/Second is Blackrock Studio’s follow up to off-road racing game Pure which was released a couple of years back. In Split/Second, the player takes on the role of a race car driver in a reality show on TV.

Of racing and wrecking 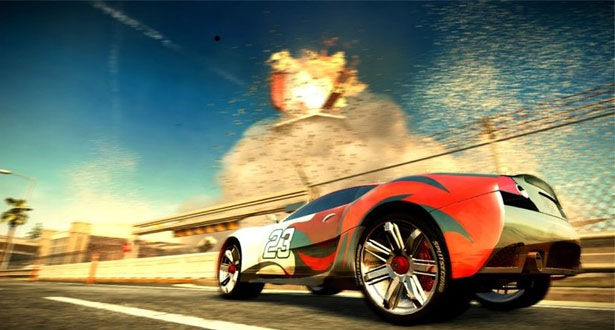 In keeping with the game’s setting, the levels in the single-player campaign are divided into episodes and each episode has multiple races. The game rewards the player with credits and the amount is dependent on the player’s finishing position. A central element of the game design in is a move called Power Play, which lets the player control the outcome of the race by wrecking opponent’s cars, opening up shortcuts or drastically changing the race track. The player needs to start filling up the Power Play meter before these moves can be executed. Performing stunts like jumps, scarcely avoiding obstacles, drafting behind opponents or by drifting through turns are ways in which the meter can be filled. A partially filled meter lets the player execute level one Power Play moves like blowing up parked cars and building structures or opening up shortcuts. A completely filled Power Play meter allows execution of level two moves that change the course of the race track and also has the potential to take out multiple opponents in one fell swoop. Timing these moves correctly is absolutely essential, since mistiming a trigger may actually take your own car out instead of the opponents. 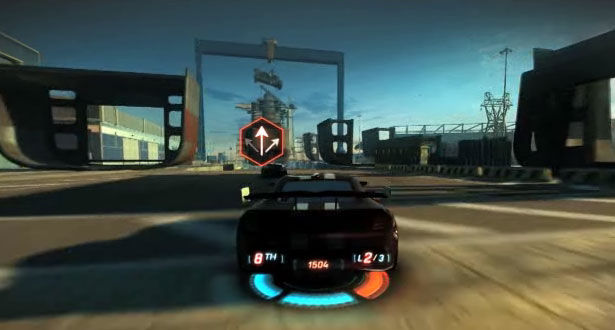 The balance of game-play is heavier on the action-side of things, rather than actual racing. Since these Power Play moves can be very effective at changing a race’s result, you may find yourself concentrating more on getting the meter filled and not actual racing. Also, it’s not just the player that has the ability to alter the race track, but even the AI controlled racers. The result in a very frantic experience as the next danger can come from any of the four angles. And while this makes for a very exciting and often unpredictable contest, some racing fans may be put-off by the strong emphasis on cunning, in lieu of racing skills.

At the end of each race, the game rewards the player with credits. Earning a certain amount of credit unlocks events and new vehicles. There is also a bonus event in each episode that sometimes requires the player to wreck a certain number of opponents before it is accessible. The prime objective of each episode is to unlock and win the last race that features elite racers. According to the player position, championship points are awarded at the end of each elite race. These points accumulate over all the episodes and determine the player’s standing at the end of the season.

There is a fairly decent amount of variety in terms of cars, tracks and event types. There are mainly three classes of cars—sports, GT and SUV. Tracks are designed around a certain theme like an intercity free way, airplane scrap-yard, nuclear power plant and a few more. Event types include the tradition time trials, circuit races and elimination. 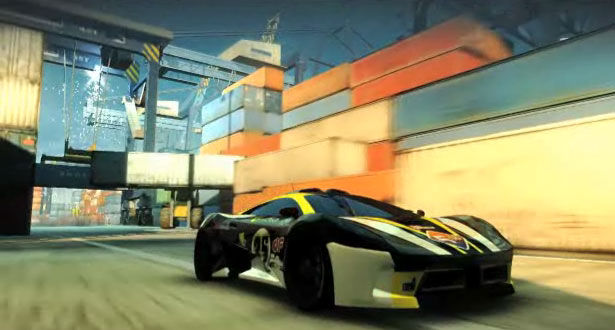 There are also a couple of unique event types in Survival, Air Strike and Air Revenge. Survival features many big-ass trucks that ply the race tracks and are laden with explosive barrels. The objective to pass as many trucks as you can while avoiding hitting the barrels that are chucked out of the trucks. Passing each truck adds points to the score and also increments the combo counter. So each consecutive truck the player passes will increase the score exponentially. Air Strike and Air Revenge are similar events. These events pit the player against an attack helicopter that is armed with an endless supply of missiles. Just like Survival, the objective is Air Strike is to dodge the missiles and rack up points. In Air Revenge, the player gets to retaliate by deflecting the missiles by executing Power Play moves. 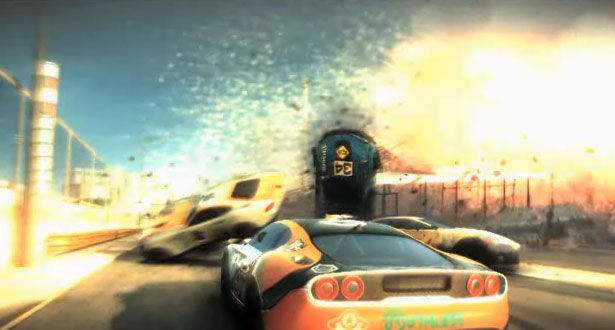 Along with credits and new rides, the game features another little reward that gives the player bragging rights. Achieving a certain milestone—like wrecking a set number of opponents or winning by a fraction of a second—earns the player with decals that are automatically applied to all the vehicles that the player has unlocked. There is a great deal of decals that can be unlocked and while some are quite easy to earn, others require serious skills. While the decals serve solely aesthetic purpose in Single Player mode, it is also a way of flaunting skills during multiplayer races.

There is quite a bit a player can do after winning the Split/Second season. There are new rides and decals that can be unlocked. The player can also attempt any of the events again to earn gold ranking in all of them. Aside from single-player modes, the game also features multiplayer over internet, LAN or offline split-screen. I personally did not have good luck with online multiplayer—each time staring at an empty game lobby. 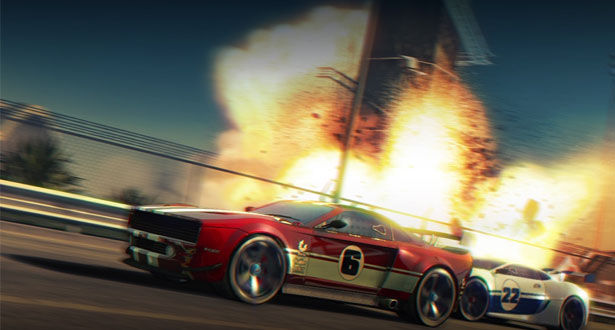 Split/Second is worthy of a try if you like games like Fatal Racing or even Rock ‘n’ Roll racing. There are couple of areas where the developers could have done better. For instance, while the game is supposed to be a TV show, actual game-play does not give that impression. Something like commentary would have certainly helped to achieve that effect. Also, it would have helped if there was some form of a speed meter in the game, because without one it is hard to judge the loss of speed and subsequently device if it’s better to break at a turn or drift through it. Split/Second is a fun and fairly robust game in its own rights; however serious racers might want to steer clear of this one.