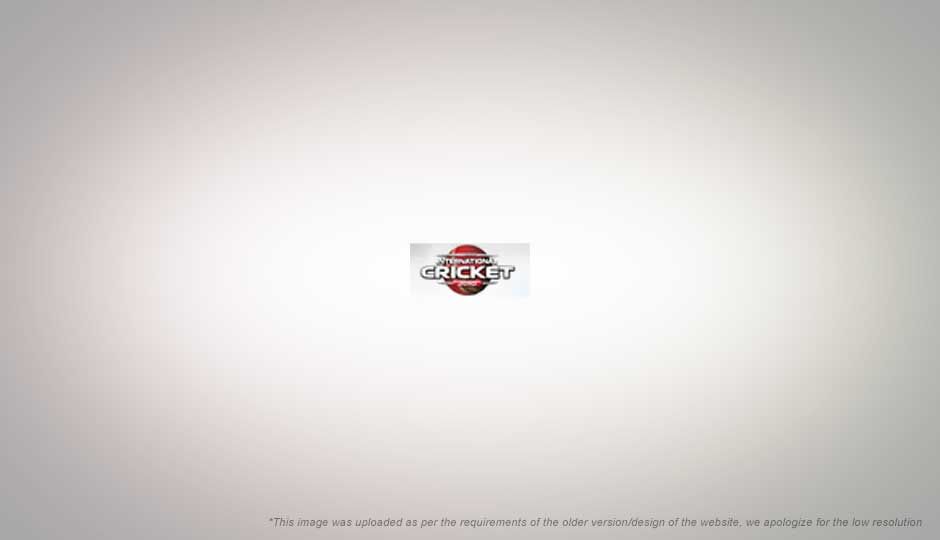 This game is a little rough around the edges; however it is quite solid where it really matters

Codemasters has followed up Cricket Ashes 2009 with release of the next game in the series called International Cricket 2010. While in most part, the game is the same as the last release, in some areas it is a step up. When it comes to sheen and presentation, this game is far from sport games by the likes of EA Sports. However, considering the dearth of Cricket video games in general, International Cricket 2010 is perhaps as good as it gets in its space.


Meat of the game

Developers have been spot on when it comes to the core of the game. Even though only two teams are officially licensed (England and Australia), the game features all major Cricketing nations. For the pricey, unlicensed teams, the game uses the time-tested cheeky method. For the unlicensed teams, the players are given names that are just different enough not to violate any rights, but at the same time they are obvious enough to hint at their real-life equivalent. [For instance, Virender Sehwag goes by the name of V. Sevak in the game.] 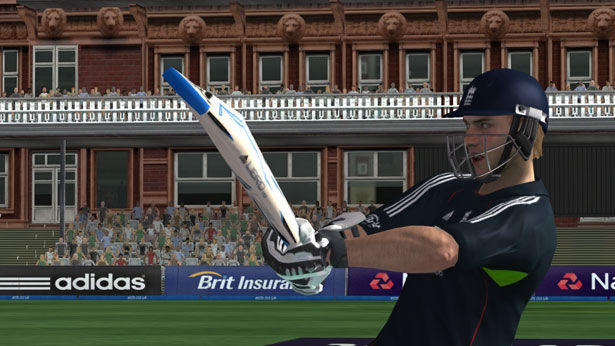 The skills of players in the game closely match those of their real-life counterparts. In addition to this however, each time a player reaches a certain milestone in the game (like a certain number of boundaries) the game rewards a skills point to that player. This skill point can then be used to upgrade that player’s skill. The various skills of a Cricketer are distributed under three main categories of batting, bowling and fielding. The cumulative skills of all the players in a team determine the overall ability of a team in these three categories and its star rating.

This game also has a good variety of options when it comes to match types. It features 20 over matches, one day international (ODI) and Test Matches. The ODI can be further customized to setup 5, 10, 25 or 50 over matches. Then there are four types of preset tournaments—World 20 Overs, Champions Cup (ODI), 20 Overs Super League and World Trophy (ODI). In addition to this, the game also has the option to create custom tournaments.

To their credit, the developers have attempted to add every little nuance of the sport into their game. For starters, there are an impressive 21 real-life venues recreated in the game. The game’s physics engine considers factors like wind, humidity, pitch-wear, ball-wear and the altitude of the venue to determine the movement of the ball in the air and along the ground. 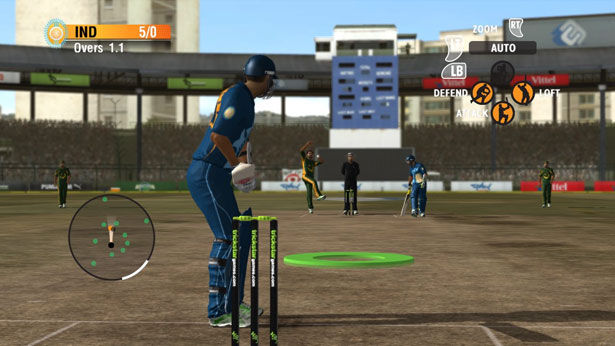 Players’ performance is dependent on their skills in the three key areas (balling, batting and fielding), coupled with their current level of confidence. In turn, player’s confidence builds up by good performance on the field. What this boils down to is that typically one would start with safe simple stuff before trying high-risk, high-payout moves. For instance, a batsman can play a few defensive strokes to build-up confidence, before attempting boundaries. This psyche game plays out well when a fresh-on-the-field batsman faces a bowler who has just taken a wicket. In this case, the bowler has a clear upper hand over the batsman in the mental game.

When it comes to actual act of bowling and batting, once again the developers have quite successfully included all the techniques of the sport. Bowling and batting techniques are masterfully mapped to the gamepad without making things too complicated.

Batsmen have three stroke types available: defensive, attacking and loft and the power and direction of the stroke is controlled by the analogue stick. In addition, a batsman can choose to play the stroke on the back-foot, front-foot or step-up ahead of the crease. 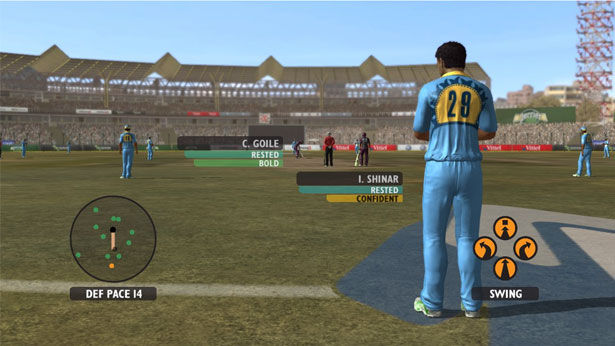 Fielding is largely automated with the exception of catching and throwing. When a fielder has an opportunity to catch a ball, the game slows down to bullet time, with a coloured circle around the ball. During this time, the player needs to press a key at the exact moment the circle turns green, in order to successfully make the catch. The length of this window of opportunity depends on the fielder’s catching skills. When throwing the ball back to the pitch, the player only gets to decide on which side of the pitch the ball will be thrown. The speed at which the player can get to the ball and how fast and accurately he can throw the ball are determined by the fielder’s pace and throwing skill. The player has complete control over placement of the fielders on the pitch, within consideration of the game’s rules. All the different field settings are automatically mapped to the D-pad and they can be switched on the fly.

This game starts taking a hit on quality when it comes to things like presentation and animation. While the commentary is dry and dreary— like it generally is even in real-life— the commentary lines are quite limited and they repeat more often than it usually does in a sports video game. There are also commonly occurring animation glitches, especially outside of the pitch area. There is also a major problem with appeals to the umpire. It is quite common for the players to appeal for an LBW, even when the batsman is cleaned bowled. Additionally, the developers could have done a lot better with the menu and navigation system. Editing a player’s skills, gear and appearance is a tedious process that could have been easily avoided by a better designed system. 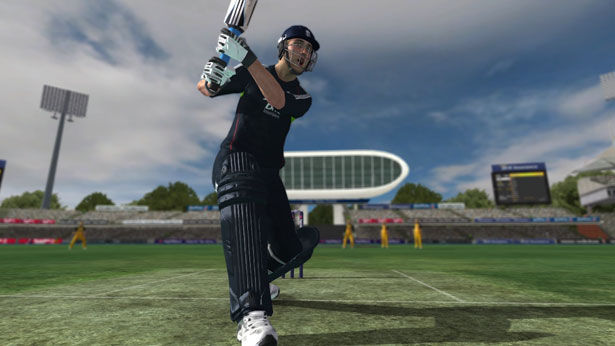 All things considered, International Cricket 2010 culminates into a fairly solid product. The variety of option available in single-player modes is complemented by an equally decent number of multiplayer options. The game supports two to four player offline multiplayer and two-player online matches. I must say that I actually find this sport to be extremely mind-numbing in real-life. However, I did not find this game half as boring and in fact enjoyed most part of it. Maybe a fan of the sport will enjoy the game more or may not like it as much. I just thought it would be fair to bring that point out as my final words on this game.