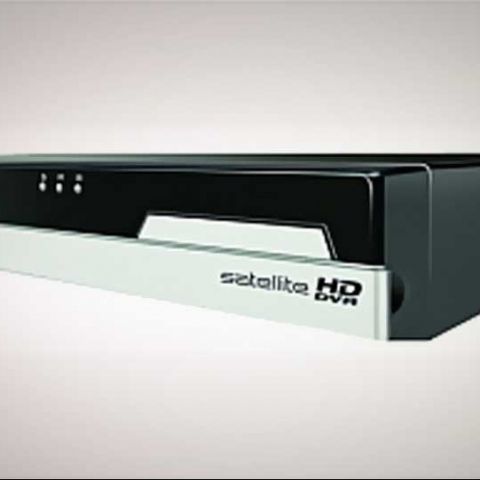 This review of the Videocon d2h 3D HD-DVR is part of a shootout of all high-definition direct to home service providers in India. Find the final verdict there. Other players include:

The only service provider with 3D capability, Videocon has a unique offering in addition to other HD DVRs. With time we are sure the others will also catch up. In fact Airtel recently announced its 3D plans by launching a 3D ready HD-DVR, while Tata Sky too claims that its product is already “3D ready”.

The user interface of d2h is very simple and somewhat boring to look at. While surfing channels you get a one line display of the currently playing program with the program guide extending to one more day. The other way to access channels is by pressing OK button on the remote control which will bring up a vertical list of channels, which you can enter individually to set reminders or to record. The Guide button takes you to a screen full of various genre of channels offered. There is a background music accompanying it, which is annoying. It has a small preview section once you select a particular genre.

We did notice some lag while changing channels similar to Dish TV Tru HD. The Menu button pulls up a menu screen on the left hand side which has direct icons for DVR, mosaic picture-in-picture (PIP), etc.. PIP gives you a visual layout of 12 different channels, while the video is running on all the screens, only the selected screen’s audio will be audible.

We noticed a definite delay in populating the EPG when you select a particular genre from the Guide. As you press the down arrow key to load more channels, the EPG will still be loading unlike the quick EPG seen in Tata Sky HD even while channel surfing.

[RELATED_ARTICLE]You can set up to four users and have 20 channels per user. This is a great functionality as not all members in a family have the same favourite list.  Active services comprise D2h Movies, Active Games, Active Puzzle, Active Music, Direct Active, etc. Quality wise, they are strictly OK. Barring the D2h movies which is a pay channel, there isn’t much to explore in this menu.

The remote control is well laid out with mild rubbery surface on the base. It has small round rubber buttons on the remote in the lower half, where as the topmost portion has a range of shortcut keys like Active, Favourites, PIP, etc. It can control your STB as well as the TV. There is a purple button on the lower most tip of the remote which serves no purpose.

In Videocon d2h, the recording offers a variety of options such as starting or ending recording upto 30 mins earlier or later. This comes in handy when you are watching sports, like you want to hear the analyses after the football or cricket match, etc. The buffer can record upto 120 minutes ie. you can pause a live TV for upto that time. Like Tata Sky HD, it allows you to watch a recorded program while two programs are recording in the background.