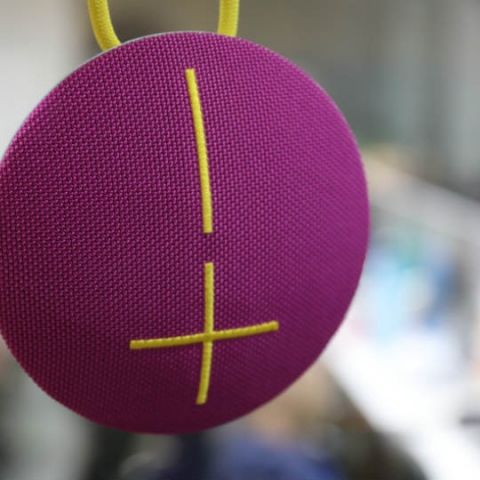 The UE Roll 2 is one of the best Bluetooth speakers in the present market. At Rs. 8,495, you get great balance of mids and highs, and would have been nearly perfect with better low frequency performance. It still delivers good audio clarity, and now flaunts class-leading Bluetooth range. It is certainly among the best Bluetooth speakers in the market, but those who own a UE Roll do not have much reason to upgrade to this one.

About eight months ago, we reviewed the Ultimate Ears Roll. The button-shaped Bluetooth speaker really impressed us, and offered great audio quality at reasonable pricing. Add to that excellent clarity, water-resistant build and vibrant colour combinations, and the UE Roll quickly became one of our favourite portable Bluetooth speakers in the market.

Enter, the UE Roll 2. The upgrade to this much-loved speaker lineup looks exactly the same as before (as was the case with the UE Boom and UE Boom 2), while using the same audio driver setup, same max sound level, and upgrading on wireless range and maximum volume. It also delivers a slightly different audio output in comparison to its predecessor. Here’s looking at how well the Ultimate Ears Roll 2 performs.

Audio performance
The UE Roll 2 sounds somewhat different from its predecessor, the UE Roll. While the Roll produced tight, warm audio with a slight emphasis on the low frequencies, the Roll 2 produces the opposite. Low frequencies sound a bit thin here more often than not, and the UE Roll 2 focuses on making audio sound bright instead of crisp and intense.

That, though, is not essentially bad, and many would prefer the flat audio signature in comparison to the slightly bass-laden, warm audio performance. The UE Roll 2 delivers good audio clarity, and you will not encounter much of audio distortion. However, we did note audio distortion when playing gothic tracks such as Nemo by Nightwish at peak volume. The UE Roll 2 is significantly louder than the UE Roll, while retaining the same audio drivers. The bass performance, though, does not sound as good as it did in the previous edition. Clarity remains decent, but the bass levels are slightly too muted from what would have been the optimum point. 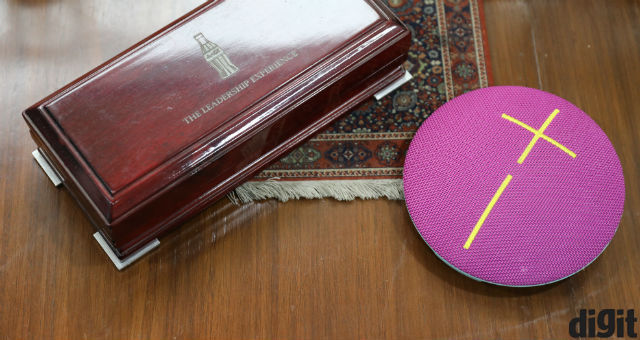 Mid-frequency audio delivery, meanwhile, is fairly decent and elaborate. Clarity is well-maintained, and there is good depth to the sound that makes vocal tones sound incredibly natural, warm and wholesome. It is here that the Roll 2 really shows its class, bringing out the best in both Geoff Tate’s baritone and Robert Plant’s high pitch. The mids are very well balanced, making up for the slightly attenuated bass delivery.

The highs complement the mids very well, producing sharp, clear tones that do not sound shrill in any way. In fact, the controlled delivery of the highs ensure in maintaining clarity across tracks. Hi-hat rolls are also very well detailed here, and the Roll 2 maintains pristine clarity in most tracks. It is only at volume levels above 90% that you come across slight strains of distortion, something that you will not encounter in more expensive speakers like the Bang & Olufsen Beoplay A1. 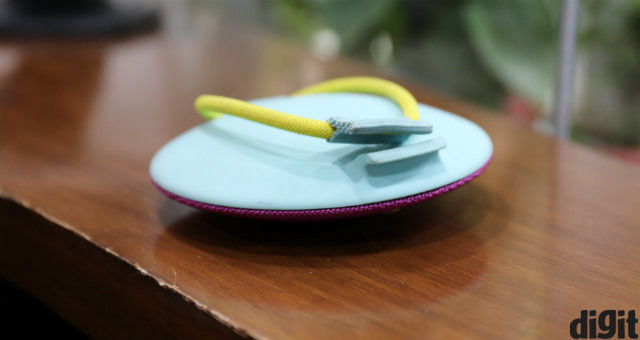 Soundstaging is also very good here, benefiting from the way the UE Roll 2 is built. You get a wholesome audio delivery, which is further aided by good clarity of audio. Instruments sound well spread out, and the clarity of the mids and highs help it differentiate the audio delivery between the instruments being played. I can only wish that the bass delivery was a tad bit more well-tuned, which would have made the UE Roll 2 almost perfect, and fit to challenge more expensive speakers.

The UE Roll 2 performs at its best when you listen to music at around the 60% volume mark, and there is a companion app that allows you to pair two of these to augment a stereo listening experience. Many will love the somewhat neutral audio delivery, which sounds warm and sweet, and the overall clarity adds to the experience.

Waterproofing, connectivity and battery life
The UE Roll 2 is completely waterproof now, and is IPX7-certified. This means that it can spend considerable time (read: 30 minutes) under water without damaging its drivers. The IPX7 certification is great for an activity-oriented speaker like the UE Roll 2, and its lively, cheerful colours add to the fun factor. 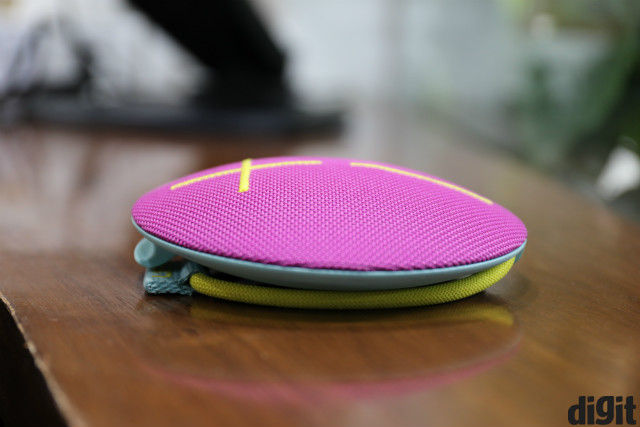 The biggest upgrade that the UE Roll 2 has over the UE Roll is in its wireless range. While it is now rated at 100 feet of Bluetooth connectivity, in open range without any obstacles in between, the UE Roll 2 remained in stable connectivity without any loss of signal for up to 58 feet. The speaker completely stopped playing music when I was about 78 feet from it, which is seriously impressive. With obstacles in between, the UE Roll 2 still managed to remain in stable connection with my smartphone for over 45 feet, and stopped playing when I was at over 60 feet from it. The UE Roll 2 brings with itself class-leading connectivity range and stability, which can be a deciding factor for many. 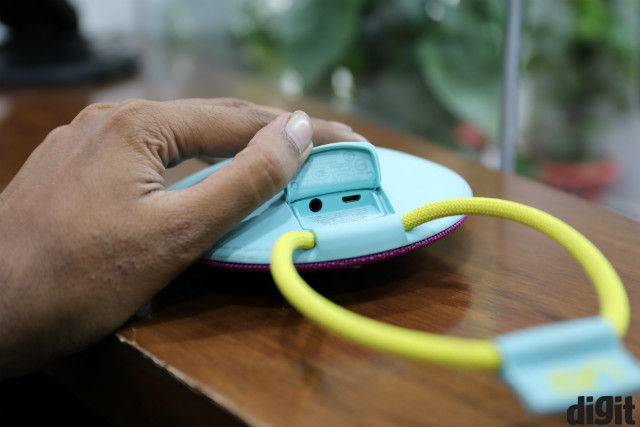 The UE Roll 2 still delivers rated battery life of 9 hours, although I constantly managed to make the UE Roll 2 last for over 10 hours. The battery life is good, and should last you for at least two full house parties. A full charge from zero battery to 100% takes a bit more than one hour, which is standard. The Roll 2 retains the sturdy rubber flap that conceals the microUSB and 3.5mm audio ports, and the battery life indicator is still the voice indicator that tells you how much charge remains in your device. The power button also has an integrated LED inside it that glows red when the speaker is low on charge.

Build and Design
The build quality and design of the UE Roll 2 remains exactly the same as the first UE Roll, and you can read all about it here. The Roll 2, despite being completely waterproof, cannot float on water like the Altec Lansing Lifejacket 2, so UE bundles an inflatable floatie in box. It is a neat addition to the package, and further increases its appeal as an action-oriented speaker that’s exciting to take out on a swim. The build quality is great, and is in fact one of the best in its class. It distinctly feels like the smaller sibling of the UE Boom 2, which gives it a distinctly more premium feel. 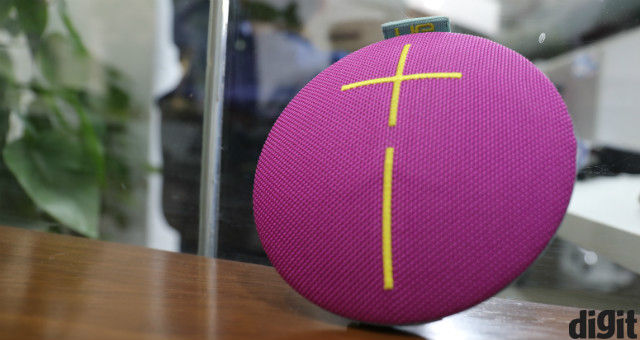 However, if you own a UE Roll, there is no reason to upgrade to the Roll 2. There is very little distinct upgrade between the two, and unless you really need extended wireless range, the Roll is still good enough. If you’re looking for a new Bluetooth speaker, the Roll 2 is the one you should look at.