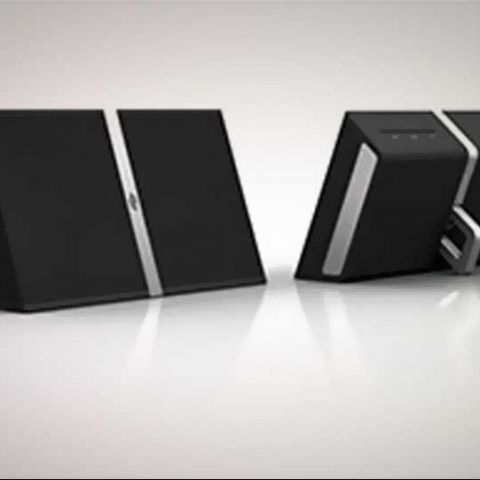 Without doubt, the Transit bluetooth speaker by Soen Audio offers an extremely immersive audio experience. Audio sounds much more detailed than what most alternatives in the same price bracket offer. Build quality will do justice to a product that's possibly double the price. As expected, bass is on the lighter side, mostly because of the size limitations for the sake of portability. The only limitation is that you have just Bluetooth for wireless connectivity, and not AirPlay. But considering the value proposition Transit offers, we wouldnâ€™t hold this against the Transit. But, the battery backup gives the Transit a lot more flexibility of use. And it doesnâ€™t cost as much as its immediate rivals.

With portable Bluetooth speakers becoming a rage these days, it's only sensible that Soen Audio decided to enter India at this time. For what is their first product available within the country’s borders via official channels, the Transit Bluetooth speaker does have a rather eye-catching price. While you may raise an eyebrow when you spot its Rs. 12,999 price-tag, the fact is that Transit is not competing against your Sony, Logitech and JBL products targeted at the mass market, but the likes of the Bose SoundLink Mini. And the SoundLink Mini costs Rs 16,200. But, does the performance match up to the Transit’s potential? Let us find out.

Build & Design
Compared to the SoundLink Mini, the Transit is taller, but less wide. Soen has given the Transit a trapezoid design. It is no bigger than a John Grisham novel, and the use of very high quality materials is a delight. There is hardly any play in terms of visual flair with bright colours or flashy elements and the dimensions read - 16.9 x 3.3 x 9.7 cm. The matte black finish carries on around the speaker - the grill, the sides and the back. Though, there are the silver brushed aluminum accents on the grill, the sides and at the back, highlighting the kickstand. The grill is made from good quality metal, and quite dense, not allowing you to peek at the insides. The rest of the body has the soft feel finish throughout, on what is undoubtedly very good quality plastic. Soen calls this the 'protective rubber armor'.

The minimalism is apparent, with the port placement and the limited hardware keys on the speaker itself. There are three buttons at the top for volume control and Bluetooth pairing. The side spine has the power switch next to the micro-USB, aux-in, and bass ports. The power switch lights up in different colours to give you an indication of the battery charge level. This is a very neat feature more so when integrated within an existing element and instead of being reliant on an extra LED.

A real neat offering within the package is the Magpro magnetic protective cover, which wraps around the grill and the sides. This will be extremely useful while traveling with the speaker, to protect it against dust, bumps and even moisture in some cases. The cover itself wraps around very snugly, and is perfectly cut out for the dimensions of the product.

Unlike most portable Bluetooth speakers that assume that you won’t be going too far away from home with them, the Transit seems to come with no such pre-conceived notions. The industrial build means this can be a solid partner for your travels. 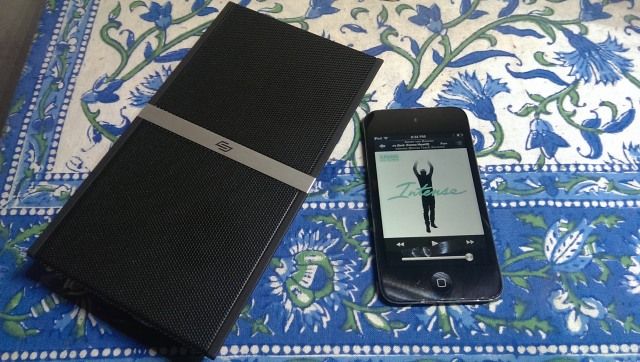 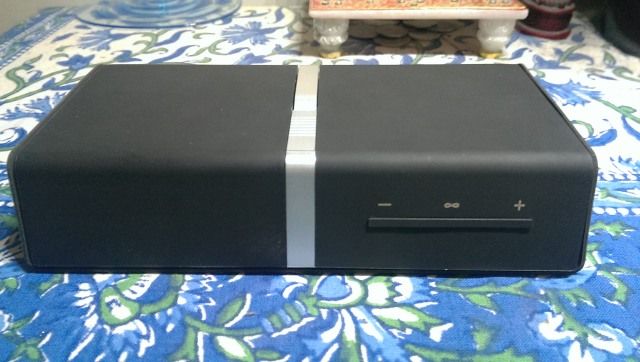 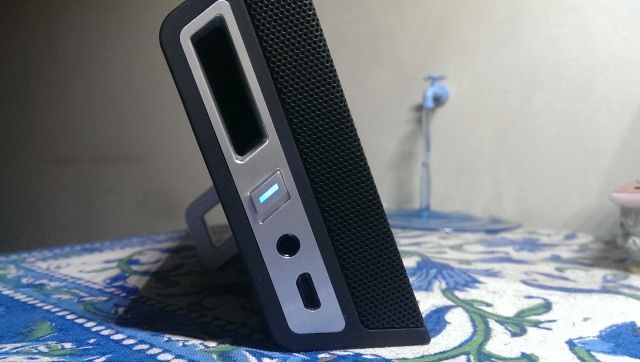 The Kickstand
This is another extremely useful design element in the Transit. The metal kickstand pops out of the back when you press down on the adjacent portion with the ridge-like design . This lets you keep the Transit at a slightly reclined angle, and safely on almost any surface. Secondly, for music playback, this is a better position than keeping it flat on the back and with the speakers aimed upwards. The kickstand, the frame it is set in and all the other silver accented parts are made from premium aircraft grade aluminum. A plastic kickstand or a case doubling up as a flimsy stand could have also easily done the job, but that would have never felt as premium as this. 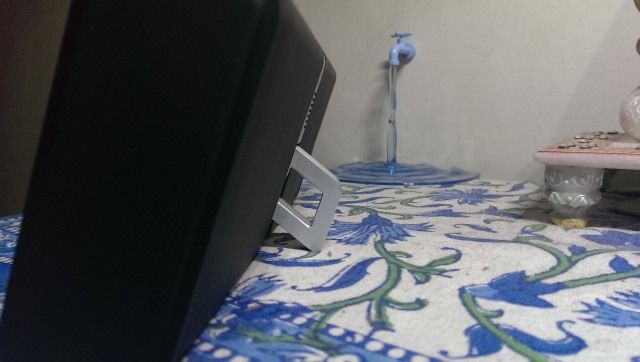 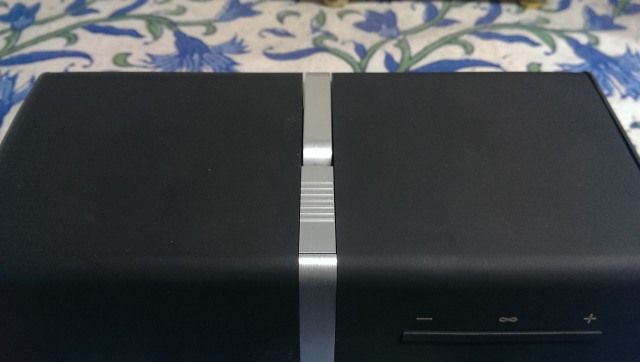 Features
For a product that isn’t huge, Transit packs in a whole host of features. You have the built-in rechargeable battery that makes the Transit truly portable. The package also includes a micro USB port for charging the battery. For devices that may need this, there is the 3.5mm jack that acts as the aux-in port. Bluetooth connectivity lets you pair this with any smartphone, tablet or music player that offers wireless connectivity. We paired this with an iPhone, iPod Touch (3rd generation) and an Android phone, and the setup was seamless. Transit also has a built-in microphone, that can be used for voice calls. 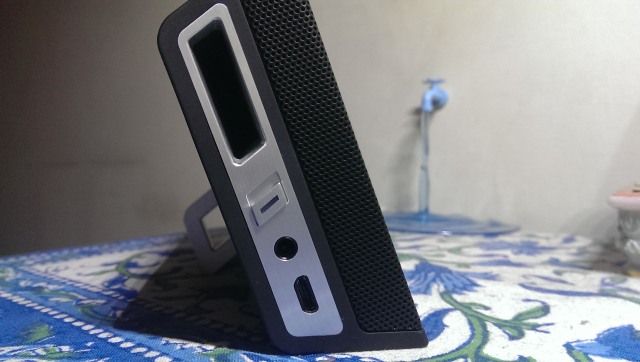 Sound & Performance
Start playing the tunes from the Transit, and the benefit of the rubber armor is immediately felt. No matter what the music or the volume, the Transit will not be seen vibrating and skipping around the desk. And the absorption of vibrations means sound will not be compromised.

Quite honestly, it is a surprise to hear Soen’s two miniaturized drivers capable of handling high volume playback with such clarity and ease. There really hasn’t been an affordable portable speaker in the recent past that hasn’t hit a virtual volume ceiling at a certain percentage of the total possible volume, unless you go to Bose territory, where you'll get excellent sound, but very high prices as well.

Vocals are handled extremely well. Broken by Seether feat. Amy Lee, is the perfect example of how well vocals and the mids are handled. I Don’t Want To Be (Live) by Gavin DeGraw sounds brilliant for a Live recording, and the good stereo separation is to be praised for that. For drivers that are fairly small, the depth of sound is unbelievable. There are certain tracks where you get to hear elements that till now would have been missing on most other speakers. Within Temptation - What Have You Done, is a prime example of that, especially in the song's first 27 seconds.

The sound from the Transit is extremely balanced, which Soen calls 'PureEQ'. I made it a point to set the playback device’s equalizer to flat, to spot a possible bias and I found that the vocals and the mids sounded brilliant. The only aspect the Transit lags behind slightly is when it comes to bass. While the mid-bass is clean, the actual depth and dynamism is missing.

For speakers that aren’t very big, there is always a question mark over their ability to fill a room with sound. I put the Transit with its back to one wall, and turned the volume to max. It was quite appealing to see that even when I moved to different spots around the room, it never felt like the sound was coming from one exact spot, which it technically was. The expansiveness is extremely impressive, and there is no doubt this adds to the overall impressive sound. This is good enough to fill the room with music for the evening, but the lack of bass that we mentioned earlier, means it may not actually be able to provide music for a party.

Bluetooth connectivity is good up to a range of 10 feet, beyond which there will be the occasional audio drop till about 15 feet. If there is a wall in the way, then this range will reduce, but that is more dependent on the exact design of the place.

Soen claims 8 hours of battery life, on a single charge. During our tests, the Transit lasted about 5.5 hours at 70% volume throughout, when connected via Bluetooth. Reduce the volume, and it will may just last the claimed 8 hours. This is something that Soen will need to work on in a future update because people will be using Bluetooth a majority of the time, and not the AUX-in method, that uses less battery. The Transit’s battery levels shows up on the iOS devices (iOS 6 and iOS 7) as well, giving you an idea of how much charge is left. 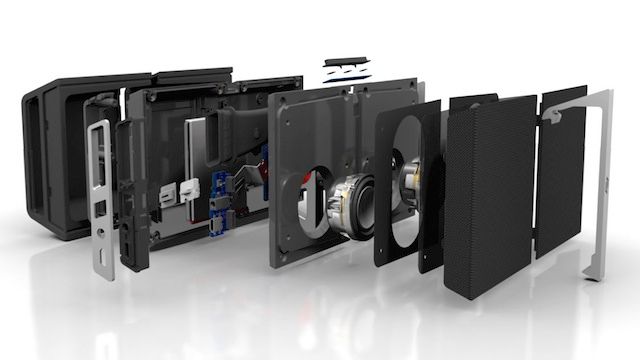 The Origin
We don’t really talk about the brand or the company during a product review. But in this case, it is important, because Soen Audio is entering India for the first time and it would be prudent to specify that the company is not on review here, just the product. Soen Audio is a new California based company, yet very experienced when it comes to making audio products. Soen Audio has been started by a bunch of engineers and designers who previously worked for Harman/Kardon and JBL, before they joined together to start the new brand. While this brand may be new to most of us, the people behind the Transit speaker know their stuff.

To buy or not to buy?
Without doubt, the Transit Bluetooth speaker by Soen Audio offers an extremely immersive audio experience. Audio sounds much more detailed than what most alternatives in the same price bracket offer. The build quality will do justice to a product that's possibly double the price. As expected, bass is on the lighter side, mostly because of the size limitations for the sake of portability. The only feature limitation is that you have just Bluetooth for wireless connectivity, and not AirPlay. But considering the price Transit is offered at, we wouldn’t hold this against the speaker. The battery backup gives the Transit a lot more flexibility of use. Your other alternative could be the Bose SoundLink Mini (Rs. 16,500 approx.), which offers relatively similar sound quality on the back of almost similar specifications. Sound is always something that will be very subjective to each individual, and the final choice will depend on which sound you like more. But, personally, if I had to buy one of the two, it would be the Transit - it costs less, offers pristine sound quality and fills the room better.