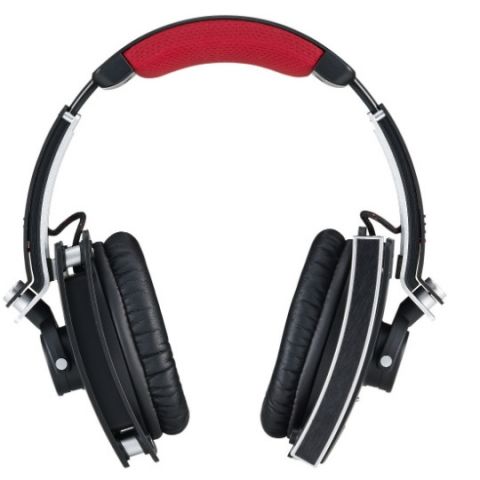 The Ttesports Level 10M headset is a great headset, it's well-designed and performs well in the environment it's been designed to perform in. Its price and the somewhat unusual audio signature of the set means that the target audience is very niche, but if you are a member of that audience, this set is the one you want.

The Thermaltake Level 10M headset is easily among the more elegant sets that we’ve had the pleasure of testing. BMW’s design inputs seem to have paid off and have resulted in this lovely headset. There’s plenty of aluminum to be seen all over and because of that, the set feels very sturdy, but also very light at the same time. The headband is of particular note; it’s made from aluminum as well and the mechanism that’s used for adjusting the length is very smooth, the locking mechanism also ensures that the set stays put at the dimensions you’re comfortable with.

The padding on the ear-cups is soft and comfortable and so is the cushion on the headband. Unfortunately, the set doesn’t feel as comfortable as other gaming sets that we’ve tested. It’s a good set, it’s reasonably comfortable and very light, it’s just not the most comfortable set ever. If your ears haven’t been pampered by ludicrously expensive sets that mold themselves to your head however, you won’t have any complaints. Two issues we do have with the set are with respect to the hinge on the mic, which is a bit stiff, and the control pod, that feels just plain tacky when compared to the rest of the set.

With regards to the cables, you get two options. One cable has the control pod and is long, the other is much shorter and forgoes the control pod as well. Both cables are braided and connect to the headset via some sort of USB-type interface and as a bonus, you can connect the cables to either ear-cup (Thermaltake calls it bi-lateral connectivity).

As we’ve said many times in the past, what separates a pro-gaming headset from a regular headset is its ability to give the gamer accurate feedback, regardless of the actual quality of the audio. Essentially, the set can reproduce all the notes, but it may not reproduce all the tones as accurately. A good headset must find the perfect balance between these two and the TteSports almost finds it.

The feedback from this set is absolutely stellar, it’s very easy to pin-point audio sources in-game. The feedback was especially good in fast-paced games such as Quake III, where most average sets tend to struggle with reproducing multiple sources at once. That said, this set has no bass whatsoever. None. The guns in World of Tanks sound like they’re coming from tinny little laptops speakers; you can hear the notes, but there’s no atmosphere, that reverberating boom that you want to hear is missing. Obviously, this set is a strict no-no for any sort of movies or music.

What we’re saying is just this, this set is meant for pro-gamers, or people aspiring to be pro-gamers. Someone for whom competitive gaming is a way of life, where feedback and winning is all that matters. This is not a set for someone who’s playing a game just for fun and wants to soak in the atmosphere.

Given the price of the set, it’s competing directly with Steelseries Siberia V2 that we’ve reviewed earlier and honestly, the V2 might just be a better set. In terms of feedback there is next to no difference between the sets, but the V2 at least has more bass and that helps in making the listening experience more pleasant. If you’re a pro-gamer, either of these sets should do. With the V2, you sacrifice 3.5mm connectivity in favour of USB and with the Level 10M, you sacrifice the bass.

The Ttesports Level 10M headset is a great headset, it’s well-designed and performs well in the environment it’s been designed to perform in and in that regard we have no complaints. The price of Rs.9,900 and the somewhat unusual audio signature of the set means that the target audience is very niche, but if you are a member of that audience, this set is the one you want.