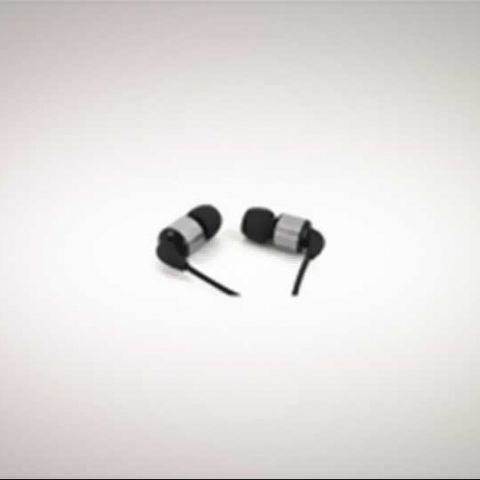 At Rs. 500, the PL11 is an absolute must buy for those looking to upgrade from their bundled earphones. They sound great, provide good isolation, and we are pretty sure nothing comes close to them for the price.

Chances are SoundMagic is not a brand you would have heard of, unless you’re part of the fraternity that believe the best possible sound comes from transducers bolted on to your ears. The brand SoundMagic is owned by the "Shenzhen Soundmagic Technology Development Co. Ltd." The PL11 are in-ear earphones or earplugs (whatever you wish to call them). As far as positioning goes, these are the most basic models from the SoundMagic line-up that are available in India. Quality earplugs are a scarcity here, and for most people the term quality is synonymous with the Creative EP630 – the earplug that started the craze of buying third earphones.

But why buy a set of earphones, when every music device, be it a cellphone or a PMP, ships with earphones of some sort? Quality is a strong reason...Bundled earphones just don’t cut the mustard when it comes to sound quality. Comfort is another issue, as is longevity. Bundled earphones are typically cheaper variants whose main purpose is to complete the bundle of the product they are shipped with. These are built to a strict budget with little or no background research. Dedicated third party earphones are the way to go if quality is of even mediocre importance.

Enter the PL11. They’re designed nicely and the termination is done using a 3.5mm plug placed on an “L” joint. This takes unnecessary stress of the 3.5mm port of the player it’s inserted into, especially if the device is pocketed where a simple movement like sitting down would create pressure on a longer, straight 3.5mm plug.

The cable has decent thickness and runs up to a thick joint from where the individual strands for each channel split. These wires are a lot thinner, at par with Creative’s EP630. One complaint is the section of cable running into the earphone driver doesn’t have a proper shroud to hold on to while removing the earphones from ones ears. Therefore, when quickly removing the earplugs from ones ears, in all probability the cables will be pulled on, and this causes a loss of contact over time as the solder joints gradually separate. We had this problem with the EP630, but not the EP830, as this model has the wire running into a rubber shroud that can handle such abuse. To the PL11s credit, we haven’t had any issues till date (2 months).

One welcome addition is the cable adjustment tie that is used to fasten both cables under your chin. Although minor, this addition is useful. The other addition that is even more useful is the very robust clamp provided to secure the earphones to ones person. This is especially useful if you intend to use these while jogging as it prevents the cables from getting pulled out of your ears. It also allows one adjust a length of cable and then secure it. The gold plating on the 3.5mm plug is of decent quality. In two months of moderate use, we didn’t notice any deterioration.

There are a variety of rubber/silicone tips provided with the PL11. Besides the de facto three sizes, there was also a pair of deep earplugs, the type that penetrate deeper into the ear canal. The driver’s housing is pretty large, and this terminates to a narrower protrusion on which the eartips fit. The fit in-ear is secure, but the EP630 and EP830 fit more securely. After a close comparison of the eartips of both brands it seems that Creative uses a slightly different texture on the surface that grips the ear better. The noise isolation is good, but again, the Creative earphones are slightly better. This is probably because the Creative eartips have a slightly pronounced bulge around the sides, allowing better sealing. The PL11 is on par with the Nuforce NE6/NE7 in terms of fit and isolation, and at worst, no more than 10 per cent behind – still not too bad, and much better than all bundled earplugs we've seen.

We tested these without a headphone amp, since the only amps we had on hand were the Little Dot Micro Tube and the M3 and both are meant to drive high impedance circumaural headphones. The PL11 are very easy to drive, even out of an iPod and we tested them, both out of an iPod Touch and 2008 Macbook Aluminium. First impressions are a bit underwhelming. But then, maybe, we were expecting a $300 sound from a $15 earphone…

And underwhelming isn’t a bad thing – for these earplugs do nothing wrong, it’s just that they aren’t very exciting aka there’s nothing to gossip about. We let around 10 hours of music play and heard them again; hardly anything changed. One thing that became clear is the PL11 isn’t for the basshead. This doesn’t mean bass is deficient, it means that those looking for a "boom-boom" sound should look elsewhere. The bass that is present gives a decent punch and goes low enough to impart a lot of depth to Massive Attack’s Angel. It’s tight, and doesn’t ever sound loose and woolly. It blends in with the music like it should, instead of standing in harsh, jarring contrast - a quality many headphones are admired for.

The mid-range is also very involving. It’s got enough texture to bring substance to Dimebag Darrel’s guitar in Cemetary Gates, as well as make Eric Clapton’s Layla an involving, steamy affair. Vocals sound rich, but not chocolate-mush-rich – there is an added layer of emphasis that is pleasing, though this is not strictly neutral. The highs lack sibilance, and are also slightly rolled off. But in comparison, Creative’s EP630 are even more rolled off, with a sporadic dose of sibilance. The EP830 has a similar treble signature, but the mid-range is a little less romantic. One of things we didn’t like so much is the slight sense of a veil present at all times between our ears and the music. This isn’t very noticeable, unless you’re sitting with a couple of radically better headphones nearby. I happened to have Klipsch Image S4 and Grado’s RS1i nearby, which is why this barely perceptible veil was noticeable. To the PL11s defense, the S4 costs $95 while the RS1i is priced at $695, and neither is available in India. One serious plus is the mid-range doesn't seem recessed in any way - this is something that afflicts most entry-level, (and even some costlier), earphones.

What is nice about the PL11 that the "romantic" mid-range isn’t accompanied by a loss of impact. For those who have heard any Grado SR or RS range, the PL11 isn’t as impactful for Rock and Metal music, but it’s a darn sight better than Creative’s EP630 and even the EP830. And it’s certainly fast enough to be used for these genres, where the EP630 becomes unfocussed and bassy, the PL11 remains on the spot. If we could level any complaint, it would be the rolled off, tame top-end that might not please fans of Classical and Orchestra. In any case, for these genres, you are better off using loudspeakers, after all how does one simulate 30 feet of 3D soundstage within half an inch of head-space?

After reading about its performance, you might think – wow! – This is an amazing set of earplugs. Yes, they almost are. You might also think – surely there’s nothing better. Wrong – pay more – get better. Fortunately, for the PL11, you need to pay a lot more before you get anything that is significantly better. They’re priced at a mere Rs. 500, and are much better than the EP630 that are available for close to 900 bucks. They’re also better in many ways to the EP830 that is priced at Rs. 1,300. Even the NuForce NE6 is beaten in some departments, and that’s priced close to Rs 2,000. All this adds up to one thing – a steal of a deal. Yes, they’re good enough to warrant italicizing that word...We heartily recommend these for anyone who wants an upgrade from the rubbish known as bundled earphones. Bassheads, Classical lovers and those needing a microphone are the only genres of users who should give the PL11 a miss.