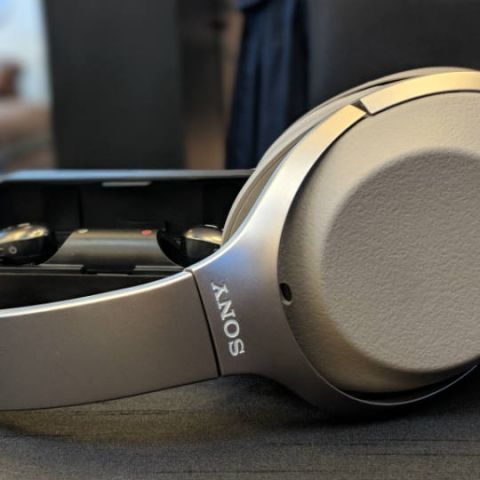 The Sony WH-1000XM2 improves on its previous generation counterpart with even better audio quality, and is now the best sounding pair of active noise cancellation headphones at its price. Apart from a few minor issues and a rather muted design, there is not much to really criticise, either.

Last year, when Sony introduced the flagship MDR-1000X pair of headphones, I was left mighty impressed by how very good they sounded. Alongside, it offered superior active noise cancellation abilities, voice pass filters and gesture-based audio controls on its earcup, making for a swanky, modern package that more than gave its primary rival, the formidable Bose QuietComfort 35, a run for its money. It, in fact, ranked higher than the Bose QuietComfort 35 in our tests. 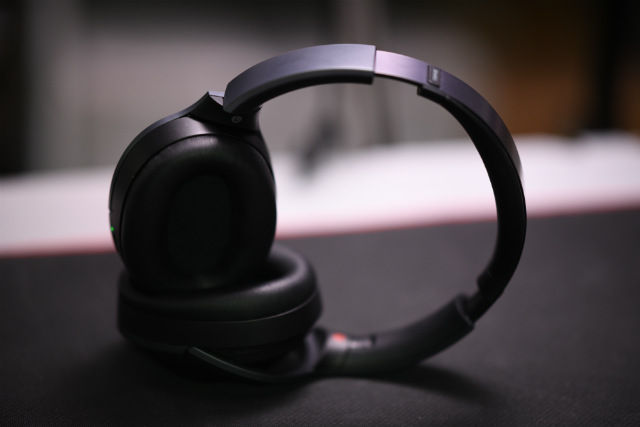 Fast forward to 2017, and Sony has introduced the second generation of its understated flagship. The Sony WH-1000XM2 is now part of a family of flagship personal audio gear, all bearing the 1000X moniker. The other two in this new generation lineup include the WI-1000X in-ear neckband wireless, and the WF-1000X “true” wireless earbuds. Each of them widely tout high res audio, and active noise cancellation as the two key perks. The WH-1000XM2, though, is probably going to be the focal point of attention in the new lineup, seeing how most buyers of premium audio gear look for cushioned over-ears as the build of choice.

Performance
Straight off the bat, the Sony WH-1000XM2 looks, and sounds mighty close to the previous generation 1000X. What this means is that you get plenty of bass, sometimes bordering on a bit too heavy for neutral audio preferences. However, the low frequencies are incredibly tight, and are delivered with impressive clarity, definition and character. The bass notes sound well pronounced, clean and wholesome, forming a very solid backbone to support the rest of the frequency range. 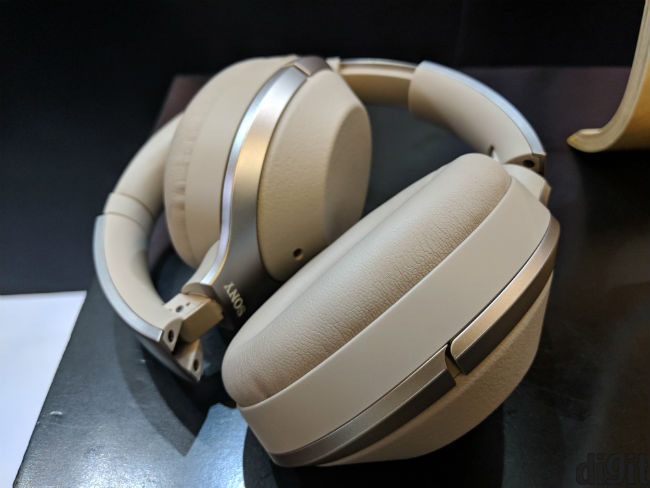 The clean, solid lows are well supported with bright, cheery vocal performance. The warm audio timbre has almost the right mix of sweetness and mellow smoothness, which essentially suits a wide range of vocals. For instance, Katy Perry’s sections in Calvin Harris’ Feels sound wonderfully bold and retain the natural sensuous timbre, while Robert Plant’s soaring high pitched squeals sound true to the tone in Babe I’m Gonna Leave You. The Sony WH-1000XM2 holds its composure really well across multiple vocal types, from Marko Saaresto’s baritones in Late Goodbye’s acoustic rendering to Sharon den Adel’s soaring soprano in Shot in the Dark. All of it also sounds very clean, and not for once do you feel that the 1000XM2 is stretching itself. It also retains the intricacies very, very well, which further suits your Norah Jones-ish rainy-day-reminiscing playlists, aided along by the noise cancellation.

This brings us to the topic of the high frequencies. While the highs are clean, subtly smooth and enjoyable, they do sound a bit muted in comparison to the rest of the frequency range. This slight issue also persists with the higher mids, where the 1000XM2 somewhat attenuates the high pitches, certain high riffs and hi-hat rolls in favour of a bassier audio output. The effect is still quite rich, but may lead you to use an external equaliser to balance the audio out from your audio source, which will mostly be a smartphone. Apart from that, it holds the composure well across various octaves, and mostly does well to sound composed, rich and befitting of its premium positioning. 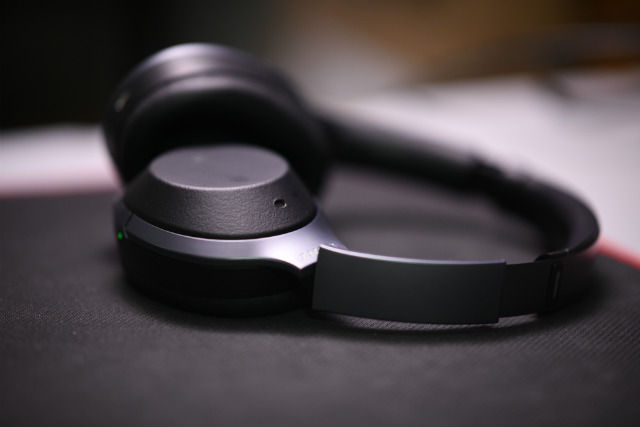 Sony has also considerably improved on the soundstaging, which I stated sounded a bit too concentric in the previous generation Sony MDR-1000X. The WH-1000XM2 does better to emulate an open concert hall and lend a sense of individual channeling and direction to the instrument sources, which in turn makes listening easier as it is no longer too claustrophobic to listen for long hours.

The active noise cancellation has also been worked on. While the previous generation almost felt like there was a deliberate, invisible curtain always buzzing between your ears and the rest of the world, the unnerving nature of the noise cancellation here has been considerably reduced to make the overall sound feel more natural. As a result, you still retain the peace of mind when listening to songs, but no longer feel like you’ve been doused in a lake of chilly water underneath sheets of ice. Both the noise cancellation and the soundstaging contribute to make the overall audio output considerably better than before. 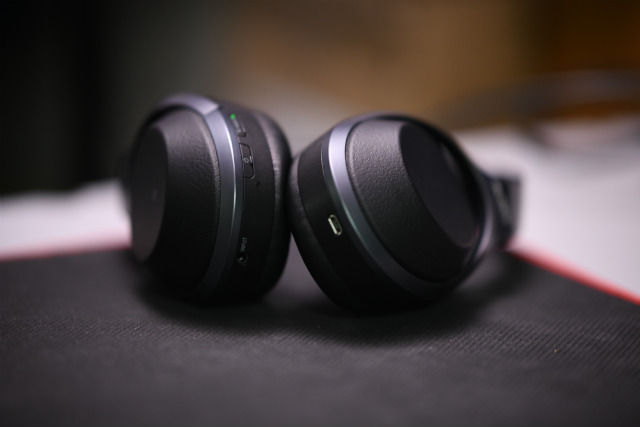 The only bit where the Sony WH-1000XM2’s performance really faltered is in picking up voice when in call. It particularly struggles when in crowded public places, and a slight flaw in the noise cancellation management persists where when you pick up a phone call, the noise pass filter automatically switches on and lets surrounding noise in to the voice of the caller, which ends up in the caller barely being able to hear what you’re saying, unless you yell at the top of your voice and attract raised eyebrows to yourself. This is pretty much the only point that Sony may want to look at back in the drawing board, apart from which it is pretty much a commendable pair of headphones.

Design, Gestures and Battery Life
The Sony WH-1000XM2 looks as close to the MDR-1000X as Fred Weasley did to George, but that is nothing to criticise. In fact, I quite like the understated, unassuming demeanour that Sony presents here. However, one may argue that it does not do justice to its premium price tag, and you’d only wonder how expensive the 1000XM2 really is only when you hold it for yourself, or listen to it. 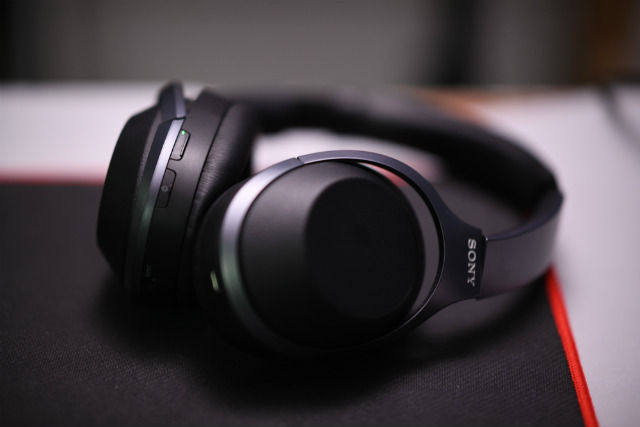 That said, I would still say that the design works. It is certainly not the best in its category — fellow premium audio makers like Audio-Technica, Bose, Bowers & Wilkins and the likes have consistently produced better-looking headphones. However, what is one of the best in its class is the gesture-based playback controls for play/pause/call receive/reject, volume up/down, fast forward/next and rewind/previous. The gesture-receptive earpad is on the right ear (because most of humankind is right-handed), and the arrangement of the gesture controls is pretty straightforward if you can clearly imagine a typical, circular playback control module in your head. The central point acts as the play/pause and calling operator, swiping up from centre (or simply tapping on the upper rim of the right earcup) increases volume, swiping down (or tapping) reduces volume, swiping or tapping right forwards tracks, and swiping left rewinds. The Sony WH-1000XM2 can also summon the voice assistant on your iOS or Android smartphone, with a long press at the centre of the right earcup. This works seamlessly and becomes almost like second nature in the long run, to a point where you actually miss the proficiency of gesture-based controls on other headphones. 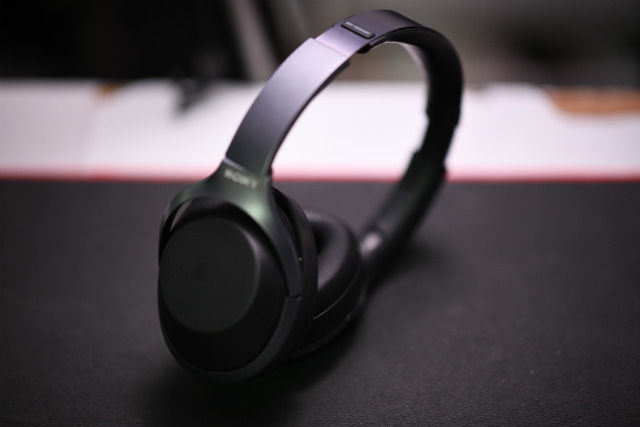 Battery life has also been improved, and ever since the one full charge that I put it through over a week back, I’ve been playing music for over 25 hours of playback now, and the battery level is still being stated to be ‘medium’ by the inbuilt voice assistant. The battery indicator here can be accessed with a single tap of the power button, which is the same as in all Sony headphones. The Sony WH-1000XM2 takes about three hours to charge fully, which means that you will only about need to charge it once every two weeks, if you mostly listen to songs during your commute.

Verdict
The Sony WH-1000XM2 are a pair of very well-sounding headphones, and is certainly one of the best around at its price. In fact, it pretty much is the best-sounding of the lot at its price, and offers nifty additions like clever gesture-based controls, impressive noise cancellation, improved soundstaging and good build quality. There are a few minor faults, like the outside noise filtering through when on call, and the fact that the battery is non-replaceable, which means that the battery stamina will deplete in the long run.

That said, it is right now the best pair of premium, active noise cancelling supra-aural wireless headphones at its price in India right now, on overall terms. Unless it is overturned by a drastic new competitor, we expect it to remain this way for quite some time.