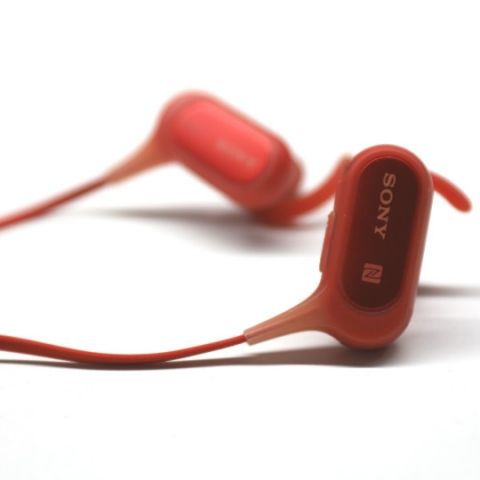 The Sony MDR-XB50BS is one of the best activity-oriented in-ear headphones for its price. Bass performance is particularly great, although mids are somewhat compromised. I am not a great fan of its design either, but the splash resistance helps during workout sessions.

The Sony XB50BS is a part of the Extra Bass lineup, and has a lot going for it. Here’s everything you need to know about it, in close detail.

Audio performance
The Sony XB50BS sounds typically the way Sony’s Extra Bass headphones do — a hefty dosage of bass, coupled with clear mids and soft highs. The overall sound is very tightly knit, and there is a sense of cohesiveness that, coupled with good loudness and clarity, makes the XB50BS sound quite sweet.

Since these are ‘Extra Bass’ headphones, the focus is very evidently on the low frequencies. Sub- and mid-bass ranges are well-defined, and sound well-bodied. The audio timbre is good, which further accentuates the clear, distinct bass performance. Bass performance is well-detailed, with clear-sounding notes, great distribution of the low frequency range and a touch of warmth that lays foundation for the audio to sound clean, loud and sweet. The bass performance actually reminds of more expensive in-ear headphones, which is quite enjoyable. 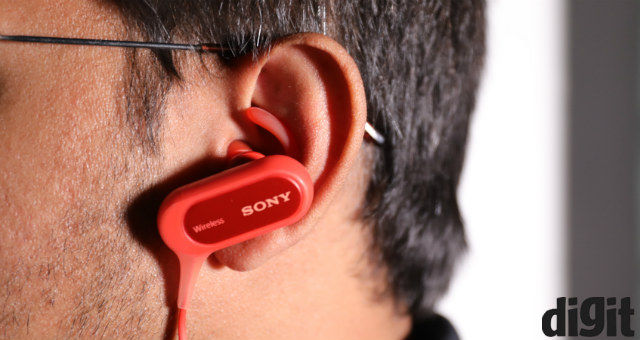 Turning attention to its status as activity-oriented in-ear headphones, the added bass in the Sony XB50BS adds the optimal amount of thump to keep up your pace. High tempo tracks, hence, amplify the impact of the bass to infuse more energy and rhythm into the audio playback, elevating me to a point of towering rage with Killing in the Name Of and overflowing energy with Danza Kuduro. The low frequency performance does much of the magic here, playing bass notes and dubstep wobbles with great poise, composure, clarity, detail and volume. It sounds really full, which is what defines the audio signature of the Sony XB50BS.

The mids do suffer a bit because of the heightened low frequency performance. You will notice this particularly in select tracks, where the vocals and the tabla sounds a bit thin. The mids are not indistinct, but are attenuated by a thin margin to add more emphasis to the bass. At peak volume, the mids retain clarity, but there is a noticeable lack of emphasis. While many tracks sail through smoothly, tracks rich in accompaniment distinctly put more emphasis in the beats. Many may even enjoy this, particularly during workout sessions, but for leisurely listening, the XB50BS’s lack of emphasis in the mid frequencies is too noticeable. Clarity is maintained, but the poise is audibly disturbed by the lesser emphasis in mid-frequencies. 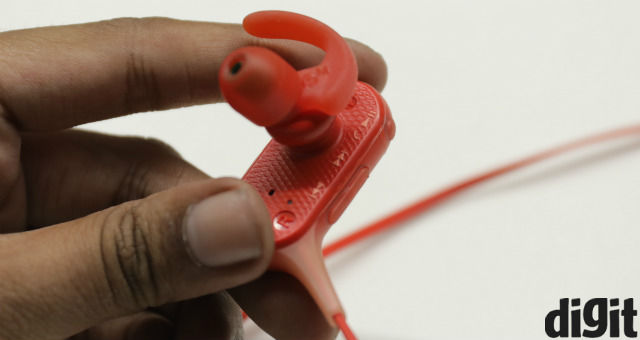 The highs, despite being soft, do sound quite pleasant. Hi-hat rolls do not sound shrill or piercing, and the warmth and sweetness of the audio extends here too. It is good to note that unlike the mids, highs are not subdued - instead, there is an added sense of flourish that makes tracks sound bright and vibrant. Clarity is retained here, too, all of which rank the Sony XB50BS among the cleanest-sounding in-ear headphones for the price. The highs are slightly muddled at very high pitch, exhibiting the XB50BS’ limit in dynamic range. This is a slightly frequent occurrence, particularly if you listen to singers like Sharon Den Adel, Rahat Fateh Ali Khan and the likes. This may get slightly annoying, but only if you prefer listening to your music at peak volume, all the time.

Soundstaging is decent for a pair of activity-oriented in-ear headphones, but much of the illustrious instrument range is lost. The XB50BS relays a rather narrow audio feed that becomes particularly evident when you compare it with more premium-sounding headphones in its range, like the RHA S500, FiiO EX1 or Beyerdynamic DTX 102iE. All things considered, though, the Sony XB50BS achieves what it sets out to do - deliver clear, thumping, loud audio with ample emphasis on bass, decently clear mids and soft, pleasant highs. The overall audio has good poise and composure, and audio timbre is good, too. The XB50BS is lively, which further adds to the rhythm of the sound that it produces.

Build and Design
The heavy body of the Sony XB50BS may a little overbearing at first, but it does work in keeping the headphones in place when you go out for a run. The heavy units host the audio drivers, and the right earpiece has the power button and volume controls, with a microUSB charging port on the rear. The power button also acts as a play/pause button. The buttons are placed on the underside of the earpiece, which makes them easier to access. They are considerably well-raised, and once you get used to it, are fairly easy to access. 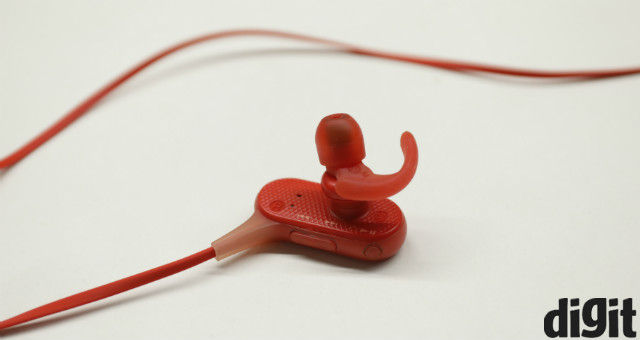 I am not a great fan of the elongated rectangle design with the rounded edges, as they protrude a bit too much from the ears. You also do not get a 3.5mm port for wired connectivity, so you need to ensure that you keep the headphones amply charged. The neckband adds convenience, and you would not risk losing one of the earpieces when not using them. You can also keep them suspended around your neck when you’re taking a break from keeping the earphones plugged in. The Sony XB50BS is reasonably light, and the heft of the external units do not largely impose their weight in your ears.

The Sony XB50BS is splash-resistant and IPX4-certified, to prevent accidental damage from sweat or water. This is a neat addition for a pair of activity-oriented headphones. Even after a number of accidental and deliberate splashes, the XB50BS is working fine. It is available in black, blue and orange colours. A word of advice: Orange may not be everyone’s cup of tea.

Connectivity and Battery life
The Sony XB50BS can connect to source via Bluetooth and NFC, and presumably, the source will be your smartphone for most of the time. The XB50BS remained connected with my phone for over 25 feet, which is ample range for wireless headphones. It does not face erratic connectivity, and Bluetooth connectivity is highly stable. 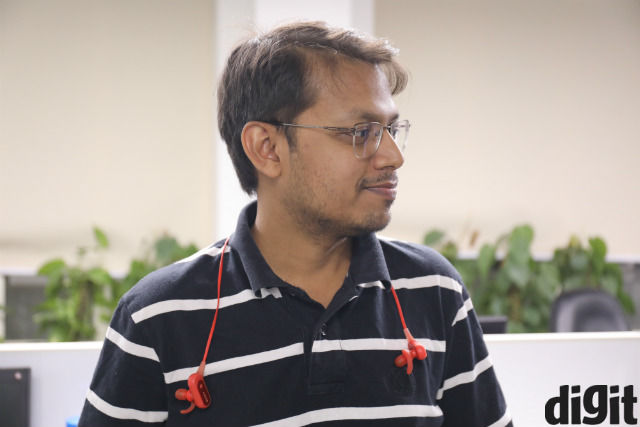 In terms of battery life, the XB50BS is rated to last for 8.5 hours. On everyday usage, I found it to last for 6 hours and 45 minutes on average, which is about decent. With my usual morning exercise of about an hour and an additional one-hour of listening to music through the day, I had to charge it once every fourth day. It is not majorly inconvenient, seeing that it takes roughly 50 minutes to charge from empty to full.

Bottomline
The Sony MDR-XB50BS is actually impressive in terms of the audio it offers. This may not be an audiophile’s budget purchase, but is certainly an upgrade in terms of audio for the fitness enthusiast. At Rs. 4,905, the Sony XB50BS is one of the better pair of wireless activity headphones that you can buy today. The slight compromise in the balance of the mids is a noticeable tradeoff, but will add significantly to the convenience for sports usage.