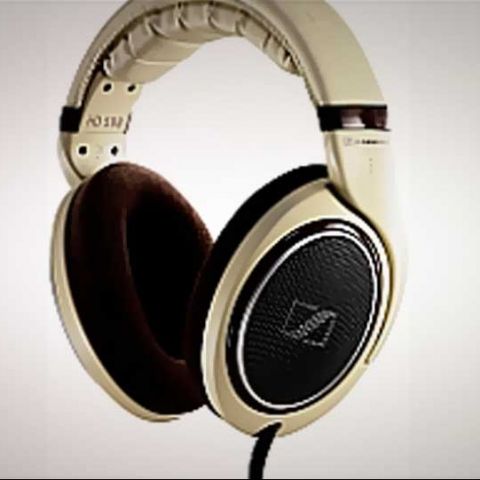 For Rs. 12,990, the HD 598 just doesn't push our buttons. It is expensive for what it offers, but sadly, there are very few competitors in this price category. It's certainly good enough for a non-audiophile, but if it were selling at a good 3000 bucks lower, we'd be more likely to bite.

Ever since I got into the hobby of ear-sized transducers, I've been wanting to sample a high-end set of Sennheiser headphones. The Germans are known for their attention to detail and insiders go as far as calling them "industry lions". The high-end consumer headphone space is a relatively small one, with a handful of names - AKG, Beyerdynamic, Grado, Sennheiser, Audio Technica, Ultrasone are the ones that immediately come to mind. Sennheiser has an ultra high-end range of dynamic headphones that start from the HD 600 and move upwards in price. The HD 598 isn't quite as lofty, and belongs a rung lower, to a bracket I'm calling "mid-fi", although their price is on the higher side by Indian standards.

The HD 598 itself is a replacement for the HD 595 which has been around for at least 4 years, and made quite a name for itself being a relatively nice sounding headphone that was not as demanding as the HD 600 on sources while being easy to drive. This made it popular for those who wanted a high performing headphone but not one that necessitated a headphone amp. Thus, for no reason of its own, the HD 598 has a bit of a legacy to live up to.

I mentioned the HD 598 are easy to drive, and they're also quite easy on the eye, but in a strictly mid-range sense. Unlike the HD 800 there's no use of exotic materials and metal, instead the HD 598 is constructed of plastic. In fact, a beige coloured plastic that some might like and others won't. A glossy wood-grain finish has been imparted to the earcups, and this has a nice effect, giving the HD 598 the appearance of being slightly more upmarket than they are. 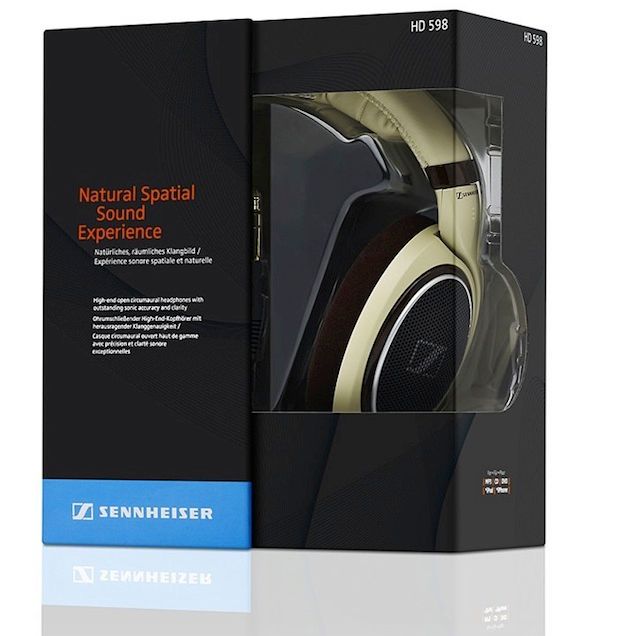 The entire headphone is lightweight on account of the plastic used - 270 grams, versus the 330-gram HD 800. The headband armature around the earcups of the HD 595 received criticism on account of breakage, and it seems the HD 598 has the same sort of hinge joint. We're disappointed with Sennheiser on account of build quality, but our last session was with the HD 800, that cost 5 times more, so maybe, just maybe, we're a bit jaded and being a bit harsh.

[RELATED_ARTICLE]The earcups and headband are nicely cushioned, bordering on luxurious but not quite. While the headband does clamp securely, it's not too tight, and is quite comfortable. Audio Technica with their 3D wing design are much more comfortable though, so the HD 598 groundbreaking. Also, the earcups can start to feel hot after awhile. While this isn't as bad as earcups made of pleather, where the ear cannot breathe at all, the foam design does trap heat and you'll need to take a break every hour or so in summers, to allow your pinna to cool off! This isn't necessarily bad given that headphone listeners caution a break every hour to protect your hearing.

Instantly, it's evident that the HD 598 is positioned well below the likes of the HD 600. There's a single cable from the left earcup so no active grounding is possible. Secondly, the earphones are entirely plastic, except for the headband. Thirdly, the foam on the earcups is less velvety than the foam on the HD 600, HD 650 and so on. The cable is also a bit thinner, and about half the thickness of the HD 800 cable. Since they're lower-end, Sennheiser wanted to ensure they're relatively easier to drive as well. After all, not everyone will invest in a high-end (read $400) headphone amplifier, for a similarly priced headphone will they? Therefore, the impedance was kept at 50 ohms, unlike the 300 ohms for the other models.

In keeping with their mid-range status, you get a 6.3mm to 3.5mm converter too and the cable sheathing isn't the best we've seen for this class of headphone. While it isn't noisy, it does pick up some stray movement noise, thankfully, this isn't transmitted with any force and doesn't intrude on the music.

Click next to read more about the Sennheiser HD 598's performance, and our verdict...

Sorry to disappoint you - the HD 598 isn't that elixir of neutrality and detail that you've been waiting to squander your hard earned gains over. And no, it is not a bad headphone. What it is, is a device whose performance is a function of its price. If this sounds cryptic, let me explain. The MRP of the HD 598 is around the Rs. 13K mark. This is a fair chunk of dough, especially for us, the land of outsourcing and never ending recessions! However, as far as cans go, the HD 598 is closer to the lower end class of pricing, and can be considered as a low-to-mid range product. The US pricing is around the $250 mark, this places it a good $100 or so below the ageing HD 600 that debuted close to the $500 mark. While I cannot comment on their incremental performance compared to the HD 595, since I've never heard one, I can definitely point out that the HD 598 isn't as good as the HD 600 with the right equipment. However, the reverse is also true - with basic equipment, it'll sound different because of a drastically different sonic signature, but some might prefer it. 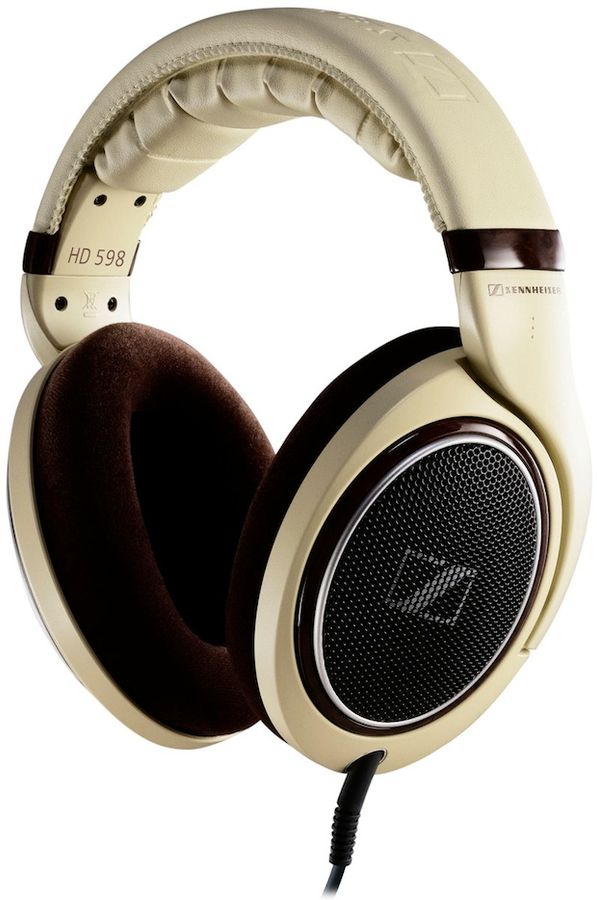 The HD 598 are slightly geared towards emphasising bass, and this serves as the first hint that these are aimed more at the masses than at pros and audiophiles. Bass is pronounced, but not overpoweringly so. However, it is also loose, and loses out on impact on account of bass notes lacking tautness and punch. There is also no difference in the texture of the bass notes - each bass note sounds the same with a generic thup-thup that bass heads might like, but I surely didn't. Something like the Grado SR225 serves up much tighter bass, with greater impact if not weight, and is therefore more enjoyable in terms of neutrality. However, the HD 598 produces more bass, definitely more than the HD 800, though its quantity over quality. The Denon D7000 is a better offering if pure bass is your thing, but at close to 4 times the price of the HD 598.

[RELATED_ARTICLE]Listening to With Or Without You, the HD 598 gives the impression of Bono singing with a congestion, his vocals lose their edge and sound a little less emphatic. Guitar accompaniments in Lady Starlight (Scorpions) sound thin, and Klauss Mein's vocals lack some of the underlying emotion you'd normally associate them with. The bass guitar overpowers other accompaniments. While these detract from a puristic music experience, there are some pluses too. Owing to the slightly bassier presentation, drum beats have a meaty, slightly exaggerated that is not unpleasant to the ear, but neither is it neutral. The D7000 has visceral drum bass, whereas the HD 598 stops at being over emphasised. In When The Smoke Is Going Down (Scorpions), distinct drum beats have good air between them, and it is easy to picture the drummer hitting different drums around him. In Massive Attack's Angel, the bass is powerful and slightly overwhelming. In tracks that have less bass, this bias towards the lower frequencies is somewhat masked.

Moving towards the mid-range, there is separation between the mid-bass and mid-range and the gap is noticeable. The mid-range also tends to sound a little tame because of this. This is noticeable in Swords In The Wind (Manowar), where the bass guitar overpowers the poor lead guitar at certain parts. The highs are slightly rolled off, but reasonably represented. Female vocals sound a little thinner than what is ideal, minus some of the timbral nuances. 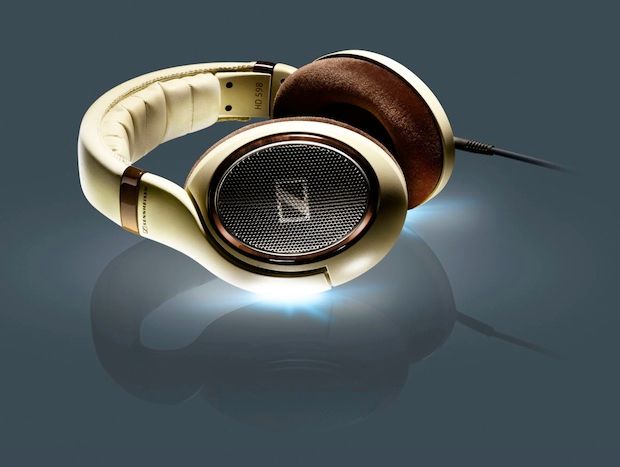 The HD 598 has a flat soundstage, similar to the Grado SR225, but this is actually worse given the fact they're circumaural and a better soundstage is expected. At some times instruments sound too close to each other, with very little air between, and at times it is difficult to place instruments in a space.

To bring this in perspective, the HD 598 isn't bad sounding. Rather, it deviates from neutrality in a couple of ways that are enjoyable, and a couple that aren't. Neutral can be boring, but so can the HD 598, especially if the listener is used to higher end gear, which was true in this case.

We were a little disappointed by the MRP, at Rs. 12,990 it is a little on the higher side. To be honest, we'd like the HD 598 to be around the Rs. 8,000 mark, for the performance it gives. It is a little inferior to the Grado SR225 in the bass and mid-range department, and that model is available for around the same price in the US. However, given that there is very little available here in this price category, unless you happen to chance upon a dealer struggling to sell an Audio Technica AD900, the HD 598 is definitely an upgrade over 4,000 to 5000-rupee headphones. But they're not worth their price.