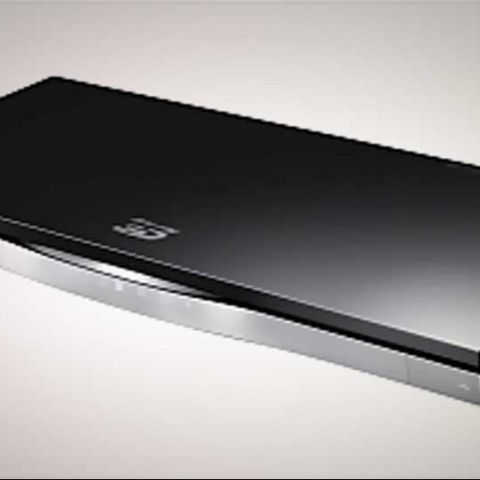 The Samsung BD-E6500 is one of the better performing Blu-ray players out there. Seems to have most things going for it - a UI that is very functional and looks brilliant, excellent performance and will even play back file formats that the best media player - the WD Live, refuses to play. Only thing it misses out on is the 2D -> 3D upscale. If we were to do a Blu-ray player comparison test today, this one would win the performance trophy by quite a margin.

It is easy to assume that all Blu-ray players perform the same way. Usually, the logic brandished around is – how can the same disc look different on different players? In reality, just like two laptops with the exact same hardware and software don’t perform equally, Blu-ray players also have their leaders and followers! Let us find out if the Samsung BD-E6500 is a leader or a follower.

Build & Design
There is the good and the bad, like with most things! Let us start on a more positive note though. The Samsung BD-E6500 has a very unique handling of the fascia. Unlike the traditional LEDs and keys routine on most Blu-ray players, this one gets a mix between part plastic and part metal. The LED display is actually on the transparent part, and looks rather unique because there is a perceptible gap between this and the display portion and the rest of it. Looking at it illuminated side on, you will see multiple lines of the same display, but straight on, it looks rather different. Traditionally, the display is one tiny window on a boring looking fascia, with hardware buttons and a drive that slides out and slides back in – this has the slot load one instead. With the BD-E6500, the controls on the device are also touch sensitive, and have the same pale Blue illumination.

Except for the glossy bit, we like the overall build of the player - feels and looks premium.

The rest of the Samsung BD-E6500 is glossy black, a finish that we have said time and again is very needy in terms of maintenance. But everything said and done, the design, particularly up front, looks very different from the rest of the pack.

The ports are on the back, as always. There is one HDMI-out and 2 HDMI-in – basically this can be used as a receiver unit if you have run out of ports on the TV or just want one HDMI cable going into the TV, with devices like the set top box and the gaming console connected via the BD-E6500. There is the optical audio out as well, something that most of the rivals aren’t doing and offering coaxial audio instead.

The different handlng to the basic display gives it a very unique personna.

Overall, out of the box, the Samsung BD-E6500 Blu-ray player does have an advantage over the rivals straightaway. It looks better than most, has a persona that will do justice to the home theater setup and does impress on the spec sheet as well, something that we will discuss in the next section. The dash of metallic tinge to the otherwise conventional design does give this a better attention-grabbing punch than most rivals, barring probably the LG BD670.

The remote does seem a bit cluttered, but not difficult to get used to.

Features & Specifications
On paper, the Samsung BD-E6500 Blu-ray player does offer some interesting features that the rivals don’t offer. First, let us start with the ability to act as a receiver. The two HDMI inputs mean this can act as a receiver, something on the lines of what a full-fledged AV receiver would do, but with limited functionality. We only see a use for this in two scenarios – 1. You have run out of HDMI inputs on the TV and/or 2. You want to keep the console uncluttered and just have one cable going into the TV. While this is a comfortable and a valuable feature to have, we do forsee an issue if you are using a universal remote – most won’t be able to configure what is essentially a Blu-ray player as an AV receiver. Ideally, connect a camera to it directly via HDMI, and enjoy the pictures and videos without having to first transfer them to a USB drive or even wirelessly send stuff across.

This is what the Smart Hub looks like after all the updates are done.

The Samsung Smart Hub is the neatest app store we have seen across all Blu-ray players tested till date. LG had come close to this, but the buggy interface reduced its chances of standing up to this effort.

Plug in the BD-E6500 for the first time and you can set up the Wi-Fi connectivity. Once done, it will automatically search for any firmware updates and notify you. Which we did, as a matter of habit! Now, head to the Smart Hub, and what awaits you is a period of anticipation, because it will download more, umm, updates! Why couldn’t all this be bundled with the firmware update itself is something that perplexes us a bit. On a 2Mbps connection, the Smart Hub update took about 3-4 minutes to download. Once that was done, we hoped we could see what all was on offer. But no! There were more updates arriving. The 12 images below will show you exactly what was being downloaded and what the wait was for. We would appreciate a more streamlined update method in the future.

Once done, there are a lot of apps that you can check out. And there are quite a few useful ones while as well. As we have said before also, this is possibly the best app store on a Blu-ray player. Not that we are huge fans of accessing Twitter on every single device we own, those who do will surely like what they will experience.

The home screen - clear as clear can be.

The remote is slightly cluttered, when compared to what Philips offers with the BDP-5200 series. No backlit keys either, but the critical ones – play, pause, stop and rewind/fast forward are the glow-in-the-dark types. Apart from that, it is quite well laid out, and getting used to the position of the keys is not very difficult.

The USB port at the front of the Samsung BD-E6500 Blu-ray player has a solid flip cover, and is more than capable of matching any HD media player out there. Will detect any Fat32 or NTFS drive you plug in.

Performance
If we were doing a Blu-ray player comparison test today, the Samsung BD-E6500 would have won the Best Performer award without any shadow of a doubt. It offers the brilliantly crisp picture quality (something we saw on the Sony BDP-S380), better feature set than the likes of the Philips BDP-5200 and the LG BD670 and looks better than almost every player out there.

Highlight each option to see the details.

Speaking of picture quality, this one builds on the crisp image reproduction we had praised the Sony BDP-S380 for, and takes it to another level. There are a lot more picture quality tweaks available on the E6500, and that makes a lot of difference. We appreciate the TV-esque tweaking options available on this Blu-ray player, something rival products can be very stingy on at times. The result is a delightful sharp and vivid reproduction, and colour that is handled very smoothly without any gradation. Fast motion pictures are handled reasonably well, but that is where the Panasonic BD110GW has a slight advantage in terms of object clarity. However, where the Samsung retakes the lead is with the complete wiping out, visible at least, of edge noise. Even the best media players out there – WD Live series and Boxee Box were not even close to the brilliance of this one.

Blu-ray playback is absolutely fabulous. Needless to say, this is possibly the best mixture of the goodness of the Sony BDP-S380, the Philips BDP-5200 and the Panasonic BD110. Even Standard Definition (SD) content is up-scaled brilliantly, so much so that we think it is better than how the very competent WD Live handles the same stuff. The fact that upscaled content doesn’t have edge noise that is visible even if you are sitting right up front against the display does speak volumes for the upscaling engine.

Some tweaks you can do to the HDMI inputs.

Needless to say, the E6500 is a 3D player, and does very well in that regard. However, unlike the Panasonic BD110, this one will not up-convert 2D content to 3D. That is something we would have loved to have in this player, and would really have been the cherry on top of the cake.

We like the detailed picture tweak settings available - these are just some of them.

The playback central is called AllShare Play. Irrespective of whether you stream content to it, or plug in an external drive, this is where you will head to select which file to play back. Something that we have not seen in the rivals’ offerings is a pop up the moment you plug in a USB drive, neatly divided between videos, pictures and music. Once that pops up, select the media type from there, and you do jump a couple of levels within AllShare Play.

Bottom Line
For what is essentially the best performer, there is no doubt that you should consider this if you are anywhere close to this on the budget. Spend a little extra and get this. Alternatively, consider the Panasonic DMP-BD110, for it offers the unique 2D -> 3D upscale, but do remember that it doesn’t have the solid media player capabilities that the Samsung possesses.

Wi-Fi is quite simple to set up.