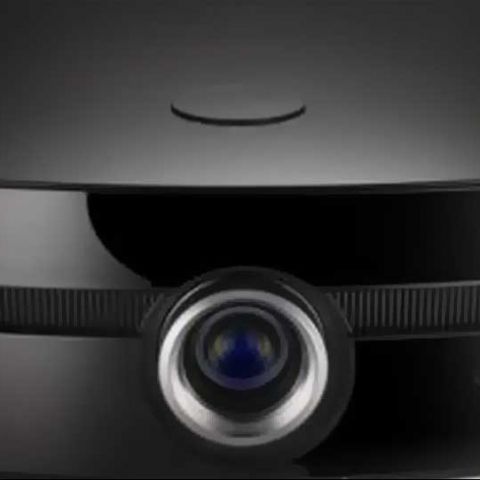 LG touts the AF115 as a premium home cinema projector, and post evaluation, we have to agree. At Rs 1.6 lakhs, the AF115 does cost quite a bit, but high performing full HD projectors aren't exactly affordable, and good performing ones definitely aren't. An AV receiver is needed to handle audio - a glaring omission. That not withstanding, the AF115 will please videophile movie-buffs with deep pockets.

Projectors aren’t exactly a “hotcake” item these days. In fact, many think them a dying breed. People flock to LCD/LED TV showrooms picking up 42 and 50-inch TVs for a cinematic experience little knowing a 120-inch ultra-cinematic experience is waiting but a few unknown steps away. Yes, and those who have used projectors will agree at this point, but if you truly want to bring-the-movies-home, you need size…size beyond what most HDTVs are capable of providing. Yes, Panasonic does make a 103-inch plasma display, but we don’t want to have to pawn our houses to buy one, do we?

And this is where a projector comes in. Yes – they’re not for everyone – you need a dedicated room, for once set up and calibrated with the screen it is projecting on, the projector should not be moved around. You also need a darkened room to fully enjoy what it is capable of giving. Additionally, there should be no objects, or people moving between your viewpoint and the display – something that is difficult to achieve unless you own a mansion, in which case you should just buy a cinema hall!

The LG AF115 is their latest offering, catering to those who are looking to set up a home cinema system and are (ideally) willing to dedicate a separate room for the same.

First off, the box this came packed in was a bit bigger than what projectors usually come in. That gave us an idea of what was to come. However, pick the AF115 out of the box, and when you think that’s it, a bit more is still left to be fished out! This one is big, huge much more than the one we have seen till now. However, it isn’t overly heavy.

[RELATED_ARTICLE]The most striking thing is the extremely glossy black finish LG have bestowed the AF115 with. While it looks good with the understated shine, it’s a fingerprint, dust and scratch magnet. The front panel has the lamp, and the vents are nicely integrated in the design. The cooling vents are minimalistic in design – a strip of venting runs around the middle of the product on all four sides and is relieved only by the panel of connects on the rear and the lens on the front. This gives the projector a clean, muscular look. Other than this, the sides remain completely clean, and so does the top panel, except for the nicely designed dial that tilts the lens for vertical adjustment only. The rear panel contains the power button along with controls for menu, source, up/down, left/right and select in a neat strip on the venting. To the left of the power buttons are the video input ports, and the power point. Two HDMI inputs means that multiple devices can be connected, negating the need of removing and plugging the same cable into multiple devices every time you wished to watch something else. There is also one each of Component, Composite and S-Video ports.

The build quality is excellent, with absolutely no rough edges felt or creaks and groans heard, when installing the projector. The weight, and the front to back length can pose a bit of a problem though. While projectors usually grow on their sides, this one grew towards the back, like the CRT televisions used to! Once the place has been worked out, installing and hooking up the AF115 wont be a problem.

The Silicon X-tal Reflective Display projection system used in the AF115 projector does pack quite a punch. We shall explain what we mean in the Performance section. This projector has a native resolution of 1920x1080, the 1080p type. Let us clarify that right here that the AF115 will handle even SD video input as well, fret not. The brightness levels of 1500lumens are on offer, paired with a 30000:1 contrast ratio. LG quotes a lamp life of 3000 hours under the standard mode, and 3500 hours if used in the economy mode.

The on-screen menu here is somewhat like what we have seen on most LG televisions. The picture tweaking settings are quite detailed, right up to black levels, fast motion and colour tone. The remote is very good with backlit buttons – especially useful since projectors are intended for use in dark rooms.

We hooked up a Tata Sky HD set top box, and the WD Live Hub to the AF15, to check the performance with a variety of content. The setups were fine, but we immediately ran into a problem. The keystone was completely out of shape, and the display was looking extremely morphed. Much to our disdain, there isn’t any auto keystone (or something similar) setting. Manually and painstakingly, this had to be done for every side and corner. After much effort, the image now had straight-line borders on all sides! From a distance of about 2 feet, we got a slightly bigger than 60-inchdisplay, meaning this is quite a short throw projector. The fact that the AF115 has vertical lens shift means that the dial on the top panel can be moved in either direction to bring the image to the perfect height on the wall.

Tata Sky HD first, and we went straight to Star movies HD. National Treasure was on at that time, in 1080i resolution. Going off topic for a moment, I have seen National Treasure more times on Star Movies HD in the last one month than Nicholas Cage or the beautiful Diane Kruger would have seen it in their entire lives, combined! Back to the projector, and straightaway, the clarity was what caught the eye. Now we got down to tweaking with the picture settings. Some changes in the brightness and contrast levels made a huge improvement.

Advanced settings have the options of fast motion management, black levels and colour tone, among other things. Set the fast motion settings to high, black levels to high, and colour tone to neutral. Flicked to normal Star Movies (the non-HD one) and it was impressive to see how well the projector was handling the SD content as well. Watched the F1 Canadian Grand Prix over the weekend as well (on Star Sports in SD) and was impressed by how well the camera handled the fast moving images, in this case the background was at the blurring end as the cameras raced to keep pace with the cars. The colour depth was pretty much uniform throughout, with even the blacks actually behaving like blacks, and not dark greys. The only issue was that the red seemed a bit saturated and overpowered some of the other colours.

Read on to know more about the performance, the price and our verdict of this interesting projector from LG...

[RELATED_ARTICLE]While the performance on offer is all great and enjoyable, it doesn’t take away the fact that LG hasn’t made this projector capable of handling any audio, whatsoever. Not only does this have no built-in speakers, but cannot output audio as well. We had set this one up using an AV receiver, and we are afraid, you will have to do so too. The audio from the Tata Sky HD set top box was connected directly to a Denon AV receiver via a Coaxial cable. The WD Live Hub was connected to the Denon AVR via the optical route. The Denon was connected to a 5.1 channel speaker system. Just the video was being sent to the projector. It is easy to assume that someone spending about Rs 1.6 lakhs will have the money to buy a full-fledged AVR setup, or already has one. However, this assumption isn’t the smartest one around, especially when an audio out wouldn’t add much cost. At least basic audio handling capabilities should have been a part of this projector.

Switching between the normal and economy mode has a visible effect, with the image considerably darkening in the economy mode. Depends on how big your room is, or how much stray light comes on, but even the economy mode is good enough for watching a movie.

The remote is extremely comfortable to use, and the backlighting means that it is even more so. It works even if it isn’t directly aimed at the projector.

The AF115 produces less heat than some of the other projectors we’ve tested, both in air-conditioned as well as non air-conditioned environments. The fan isn’t very noisy either – relief as this is a huge irritant.

For a price of Rs 1.6 lakhs, the LG AF115 isn’t very expensive but it’s not cheap either. The performance on offer is quite delightful, as is the look and feel of the unit – important if you want to show every component of your build off. Setting it up is easy, and the on-screen settings menu is quite intuitive. If the glossy, easily blemished surface is something you like, then the AF115 will tick the good looks box too. The only drawbacks are that it only works in a setup that involves dedicated home theater hardware, and the keystone settings (even though they don’t have to be done very often) need to be done manually. If you’re looking at building a serious cinema system in your home, the AF115 is definitely worth considering. Alternatively, you can also take a look at the Panasonic PT-AE4000E. This one will cost about Rs 30k less than the LG AF115, but offers a very similar spec sheet and performance.