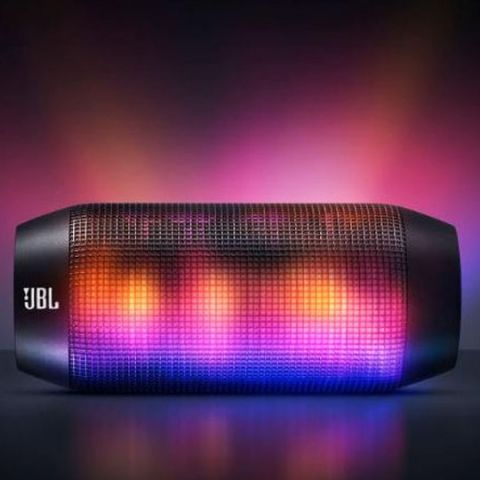 This Bluetooth speaker stands out in a crowd quite effortlessly. The flashing lights are perhaps the biggest attraction. With an adequate sound quality to keep you interested, the Pulse could very well be the Bluetooth speaker of choice for the attention seeking souls. The LED light-show is something that is distinctly unique, and there is no doubting that. But, when it comes to sound, it has its limitations, if you listen to a lot of rock or trance music. The rest of us can also consider the more subtle JBL speakers in the same price range, with largely similar performance. And if you can stretch the budget a little bit, the Soen Transit speaker is a classier product that sounds better and feels even more sophisticated.

The portable Bluetooth speaker category is now witnessing some intense competition. Fueled by the need to explore options that offer better music quality with their phones and tablets, compared to what the built-in speakers would ever offer, people are picking these up rather quickly. The fact that these speakers offer a built-in battery as well, enhances the idea of portability. Take it to a friend’s place, or carry it with you for those lonely nights on the official visit to some city. JBL’s Pulse, however, takes things a tad further.

Build & Design: The beer can shape!
At least as far as the shape is concerned, the Pulse has a similar design to JBL's highly rated Flip 2 and the Charge Bluetooth speakers. Design identity is critical, and JBL has knuckled down and created the one for its speakers, at least for the portable ones. The change with the Pulse though is that it is covered with a metal mesh grille, and all the LED lights are placed beneath that.

The cylindrical shape is 3-inches by 7-inches, and despite the generous use of metal (at least on the outside), Pulse doesn’t weigh much. This design means you can place this flat, thanks to the rubber strip running along the length of the speaker, or it can also be placed vertically on its side. The side that is supposed to be on top holds the Power, Light, Bluetooth, and Volume Up/Down buttons, as well as two curved rows of Color and Intensity control buttons for manually controlling the Pulse's lighting response to music playback. 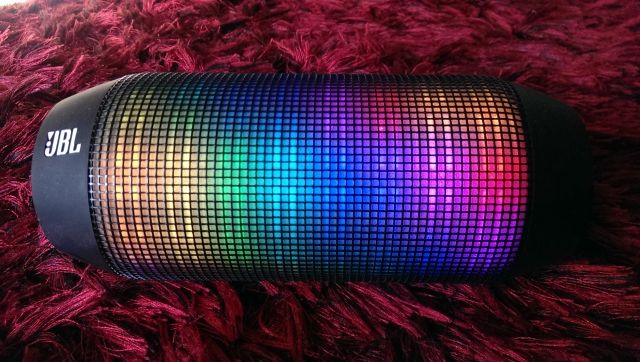 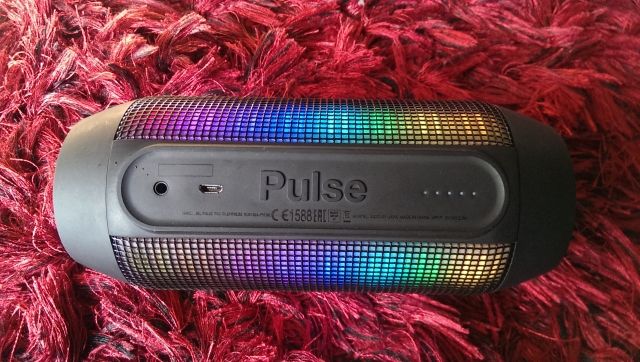 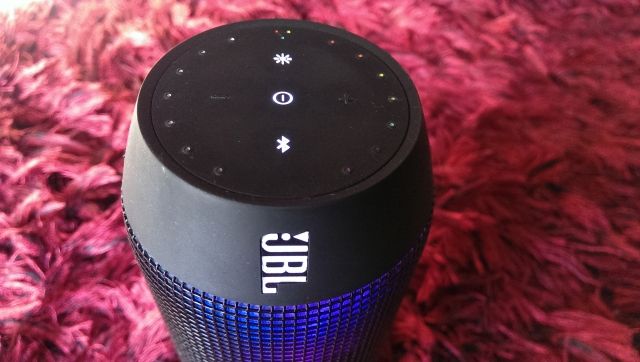 The Pulse effect: The flashing lights!
As for the lighting, there are some preset modes to choose from, but you can also create a custom light theme and control the brightness. For the times when you may not be in the mood for the possible mesmerization the lights would provide, you can turn off the LEDs altogether. And the Pulse becomes a standard wireless Bluetooth speaker.

If you have an iOS device, the free to download JBL Music app lets you customize the lighting. When you pair an iOS device to the JBL Pulse for the first time, you will get a prompt to head to the App Store and download it. We would suggest you do, just for some fun with the lighting patterns. The app lets you download additional lighting modes, and tweak the switch speed and intensity of the different effects, providing greater control than the light control buttons on the speaker itself. 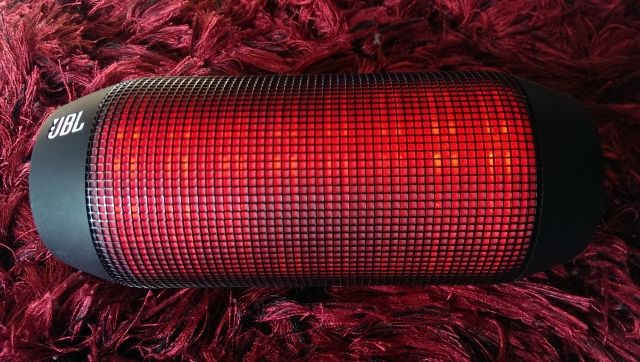 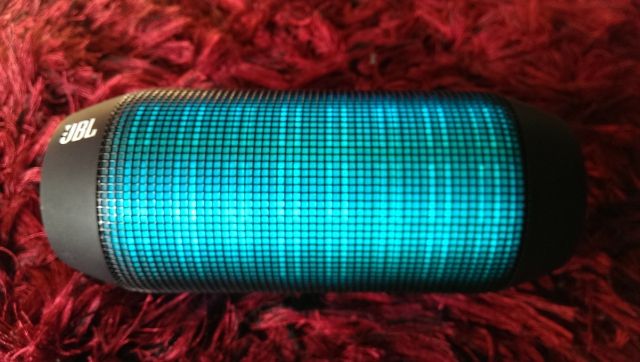 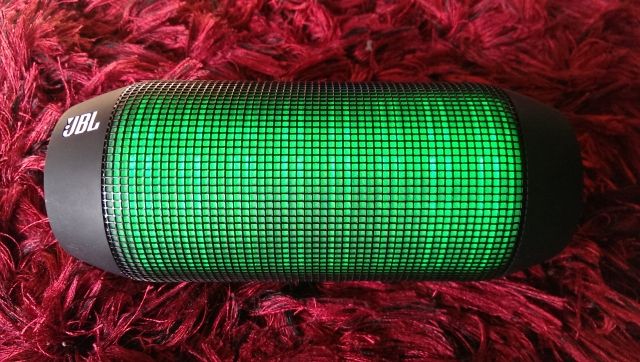 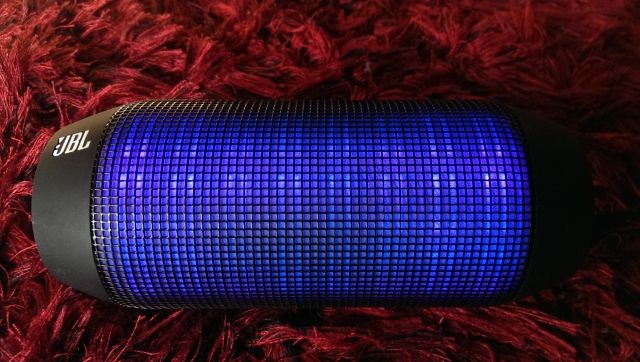 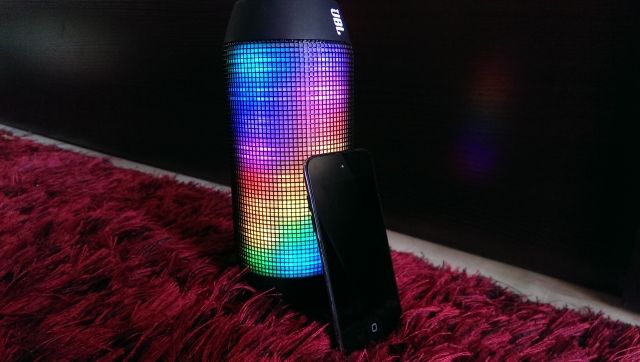 Performance: Has its moments
As with speakers of this size, some tracks will sound really good, while some may not have the similar brilliance as the others. This is mostly due to size limitation, which has a direct impact on bass response and how far you can push the volume.

Critically, vocals are handled very well, and while most other affordable portable Bluetooth speakers cannot do it, the JBL Pulse handles mid detail very well. That gives the sound a much richer aura, and feels more natural. Bass is just about adequate (is it ever, really?) for most tracks, but you will end up with a slightly harsh sounding bass on rock and trance tracks if you turn up the volume above 60%.

For most other tracks, the sound is great, and the Pulse’s ability to fill up a room is quite impressive. At 50% volume, the Pulse is able to fill up a typical bedroom easily. For anything bigger, you will have to incrementally push up the sound till you reach a virtual ceiling where the music starts sounding a tad coarse. A speaker this size has limitations, and that that needs to be worked around.

Before anyone gets too carried away and decides that the Pulse needs to provide the soundtrack for a house party, time to step back, and understand that this speaker is meant for personal listening. Perhaps one or two people, small room, and music that isn’t bass heavy - that is what the JBL Pulse is meant for, and for that, it’ll also provide a very nice light-show with it!

Battery Life: Lights off
The battery life offered by the JBL Pulse, starting with a fully charged battery, depends on how judiciously you use the light show. With the lights completely off, and used as a conventional Bluetooth speaker, the Pulse lasts about 9 hours, with music playback at 50% volume. With the lights on throughout, the battery backup drops to around 6 hours, at the same volume level. The lighting is good as a fun element, but does take away from the portability aspect if you are moving around with it.

To buy or not to buy?
In India, despite the MRP, the JBL Pulse is available on most online stores for just under Rs 10,000. And that is considerably lesser than Soen Audio’s Transit speaker and the Bose SoundLink Mini. If you can stretch the budget a bit (and you aren’t taken in completely by the flashing lights), we would suggest picking up the Soen Transit. Because it just sounds better... Much better!. And the overall package and feel of the Transit is one of a premium product. Which is something that is sadly missing from the JBL Pulse, because it has gone more towards the fun side!