Micro Wireless speaker makes a lot of sense, priced just a tad higher than the Micro II. You get the additional Bluetooth connectivity with your iPod or the phone. Pristine audio quality, as far as vocal clarity and disturbance free audio is concerned. No other speaker can replicate this, in this price bracket.

We have tested quite a few portable speakers off late, and most of them have been the Bluetooth and wireless types. But none of them have been as tiny and portable as the JBL Micro Wireless. This is essentially the step up version to the Micro II, so expect a lot of similarities along the way.

Build & Design
The JBL Micro Wireless’ design and the size, actually the lack of it, is what will catch your attention immediately. You can probably keep this on the your palm and still have some real estate space left. The circular design means you cannot really place it anywhere standing up, unless you figure out a prop to make this stand during playback. That may not be a major drawback in most usage scenarios, but audio will always sound better when the speaker isn’t looking up at the ceiling. We will get more into the detail in the performance section.

On the front of the JBL Micro Wireless is the black grille, framed by a matte black circular ring. This is slightly redone from the Micro II, with a redesigned grille and an additional strip of chrome framing it. Running along the side is a strip of silver, which houses the power button, volume control dial and just like the Micro II for the 3.5mm jack for daisy chain to other speakers. 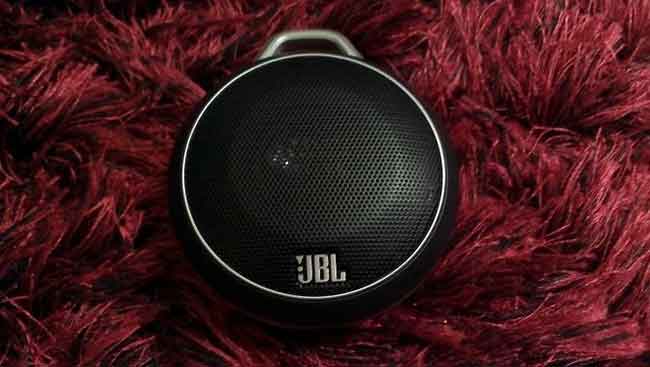 While the base of the JBL Micro Wireless speaker is curved on the sides, there is enough flat area to keep it stable when kept on a table or any flat surface. The Micro Wireless has a non-slip base, which was missing on the Micro II. The bottom is where the 3.5mm cable is cradled, with a cable that winds around the circular side once. 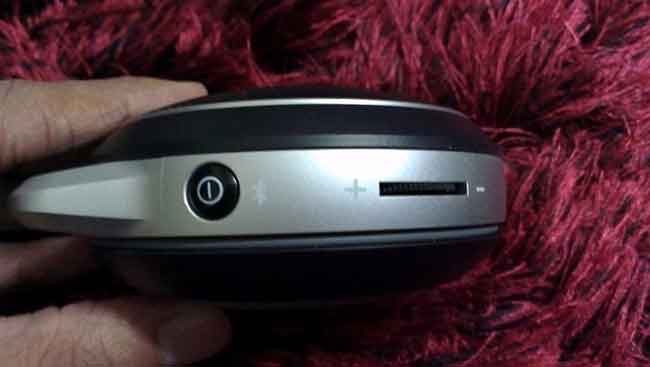 Features & Specifications
The JBL Micro Wireless is a portable speaker, with Bluetooth connectivity in addition to the 3.5mm headphone cable for hooking up to a wide range of sources. The integrated cable has a nice stow-away spot for it when not in use. The length is not very long, but sufficient enough to not make it tough to keep the speaker away from the connected device.

The JBL Micro Wireless is a mono speaker with one 40mm driver, and no separate bass engine. For something of this size, that is a compromise that is more than acceptable.

The JBL Micro Wireless’s portability aspect also comes from the built-in battery, the capacity for which has not been specified, but did give some impressive results during the tests. 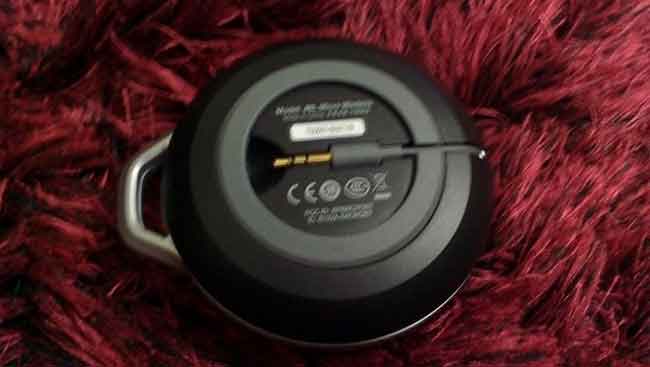 You might wonder about the logic of a 3.5mm jack for audio-out on the Micro Wireless. The idea behind that is to allow you to connect a bunch of Micro Wireless and Micro II speakers in a chain, to get a louder sound experience. Not sure how many people will do it, but sounds like a fun idea!

Since this is a portable speaker, we would have expected a travel case or a pouch to keep this space on the move. You are paying extra for the Micro Wireless over the Micro II, and we hoped that was a part of the package. 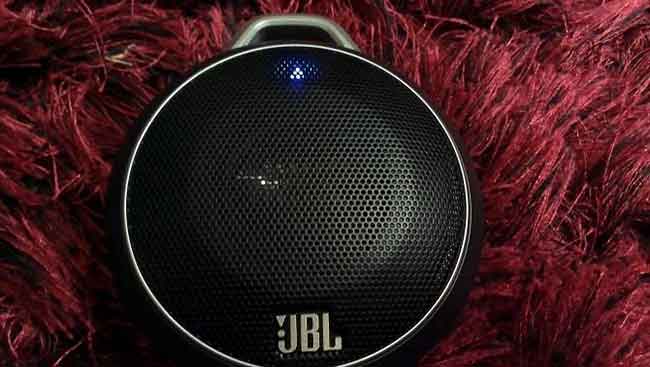 Performance
Keeping the form factor limitations in mind, we were not surprised to find that the Micro Wireless does have a rather basic specification sheet, as far as audio playback was concerned. First up, it does not have a microphone, and cannot be used as a speakerphone. Secondly, there is the monaural sound that you will have to make do with, no stereo separation or a dedicated bass driver. Even when in a daisy chain, the audio will still remain mono.

For the Bluetooth handshake, the JBL Micro Wireless connected easily with the iPod Touch and even with a smartphone and played back tunes without any issues. The range is quite acceptable, and in a straight line, does retain connectivity for around 20 feet. Since you will not use this device in a scenario any bigger than that, we believe this is more than adequate. 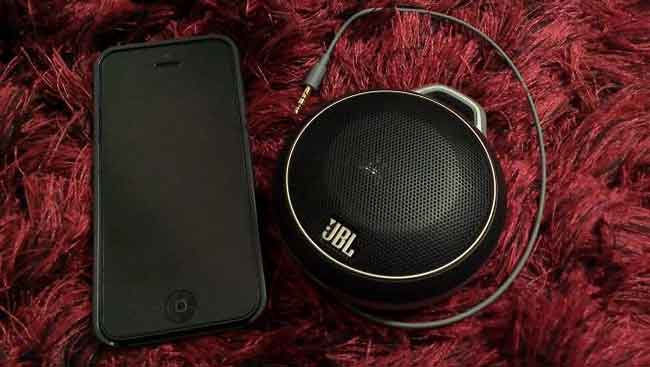 Despite being almost 50% in size of its own cousin, the SoundFlyBT, the Micro Wireless and even the Micro II do offer some rather surprising results. For the sake of comparison, we will also include the Jabra SoleMate speaker into the equation. Despite the 2.1 stereo speaker arrays in the SoleMate, the Micro II offers noticeably superior treble quality, at almost all volume levels. JBL Micro II has a crisper, yet not shrill high end, and vocals sound a lot clearer than they do on both the SoleMate and even the SoundFly BT. As with small sized speakers, clarity depends on the volume levels. We connected the iPod Touch to the Micro II and set its volume at 100%. On the device, we used the dial to jump between volume levels. For most music, the max usable volume level would be around 80% before clarity takes a beating. If the music were something the likes of Slipknot or Dream Theater make, then the max usable volume on the device would hit the ceiling somewhere around 60%-65%. Bass performance is, as expected, rather subdued. There will be the subtle hints about the presence of the bass as you go along the track’s timeline, but that is about it. You should not be buying the Micro Wireless for listening to Trance or Remixes. But then again, if a bass addict is what you label yourself as, then this price bracket is the wrong one for you, irrespective of the brand.

Battery life is claimed to touch a maximum of 5 hours, but in our tests, we got this to last just a couple of minutes above 4 hours. Music was played back via Bluetooth off an iPod, with the Three Doors Down album set on repeat mode, at a volume of 50%. Not bad at all, and this should increase if the volume is kept in check.

Bottom Line
In terms of performance, the Micro Wireless is very similar to the Micro II. The extra money you are paying is for the additional flexibility of wireless connectivity. Pristine audio quality, as far as vocal clarity and disturbance free audio is concerned. We believe it is totally worth the money you will spend. The JBL Micro Wireless is meant for a specific usage scenario, and no other speaker in the price bracket can replicate this.