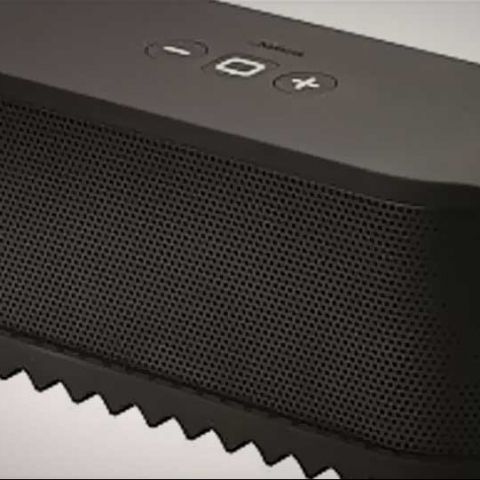 The Jabra Solemate is a fairly competent Bluetooth speaker, which packs in a good amount of punch in a very compact form factor. The build quality is exquisite, and the look of the speaker is rather unique. The battery backup offers around 6 hours continuous music playback, and multiple connectivity options make device a very attractive package. However, at Rs. 10,990, it will have a tough time convincing potential buyers, because Jabra isn't the first name that pops into your head when you are considering buying a speaker.

Not all Bluetooth speakers look as good as this. The trick in this case is that the design is pretty much inspired by some sporty piece of footwear! The review unit that we received was the black and yellow colour combo, and quote frankly, it looked brilliant. But does the sound quality match up to the looks?

Build & Design
First things first – the Jabra Solemate has elaborate packaging, which looks brilliant, but causes quite a headache to remove the product from it! For starters, the lid of the box requires someone to push down on the two locks on either side, while a second person removes the plastic lid and get access to the speaker. But the journey isn’t over, yet. The base the Solemate is sitting on has to be carefully lifted to reveal a secret compartment, where the charger, the USB cable and the sound-bag are placed. 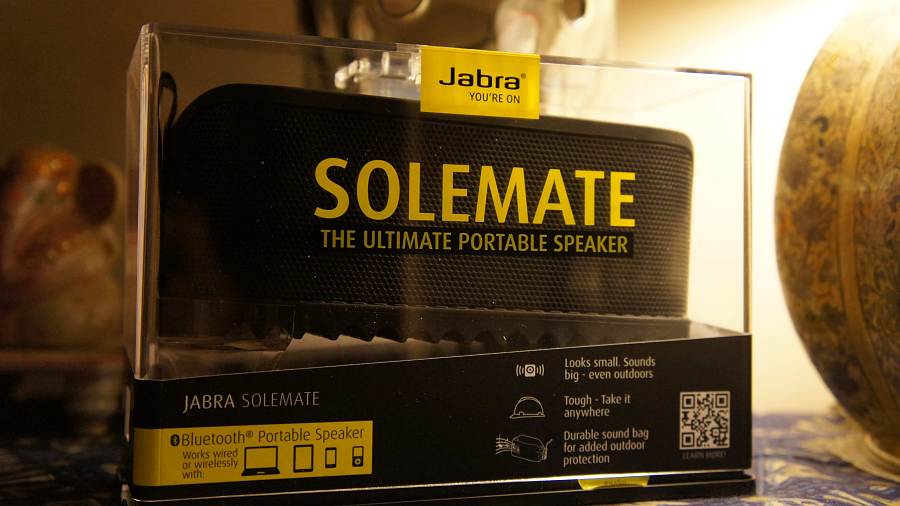 Coming back to the point of the Jabra Solemate looking like a piece of footwear, the treaded base does solve a dual purpose – looks, and a very stable base. It has an intricate tread design, and the device does stay solidly grounded even when playing music at fairly high volumes.

The right side of the Jabra Solemate is where you have the power pairing key, the 3.5mm jack, the micro USB slot and the indicators for Bluetooth connectivity and battery status. The battery LED just indicates charge level by changing the colour of the LED, rather than a dynamic one that shows the actual status of the battery. You can press the Notification key on the top for a voice-based notification.

On the top of the Jabra Solemate are a set of three hardware keys – volume up, volume down and battery status. The battery status key doubles up as the call connect and disconnect key when in speakerphone mode. 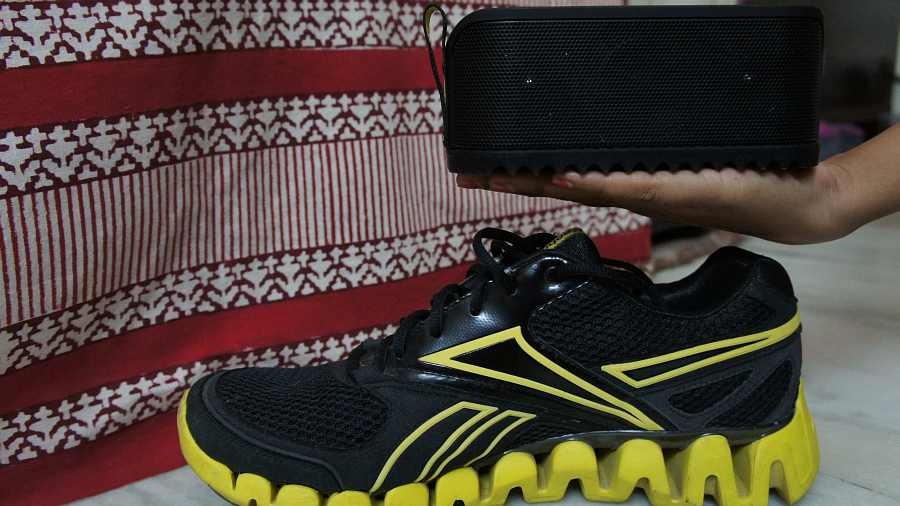 The Jabra Solemate’s build quality is fantastic, and feels very premium. It is a bit of a surprise when you actually hold the device – it is rather small and compact. It fits perfectly in the palm of your hand. Is not very heavy either. We would recommend considering the same colour combination that we got with the review unit, because the white one will get rather dirty very quickly. 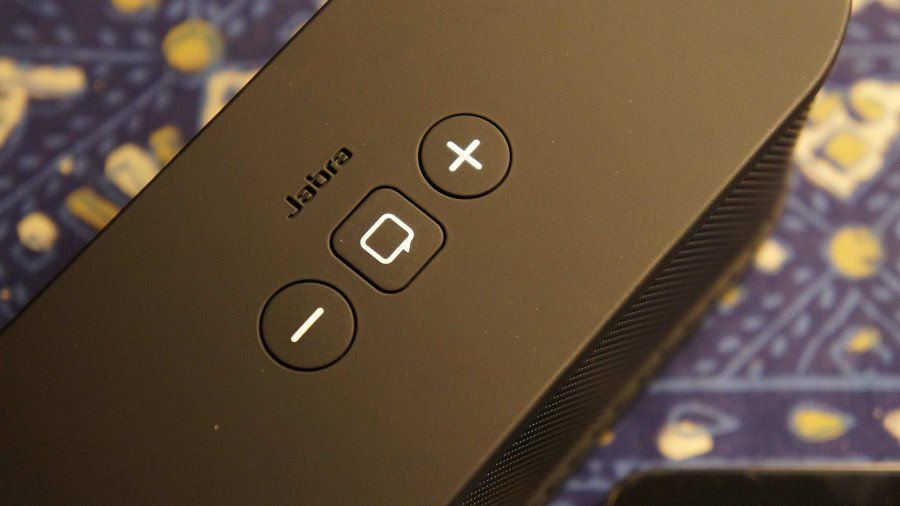 As a part of the package, the sound bag makes for rather interesting reading. Essentially, this is a splash-resistant cover which can also be used as a protective carrying case. The bag's textured finish, Jabra says, is designed in a way to keep moisture, dirt, and sand away from the Solemate, but does not impede on the sound like any normal pouch would. We tested the sound quality using the same song with the Solemate in the sound-bag and also without the sound-bag – we will speak more on that in the Performance section. 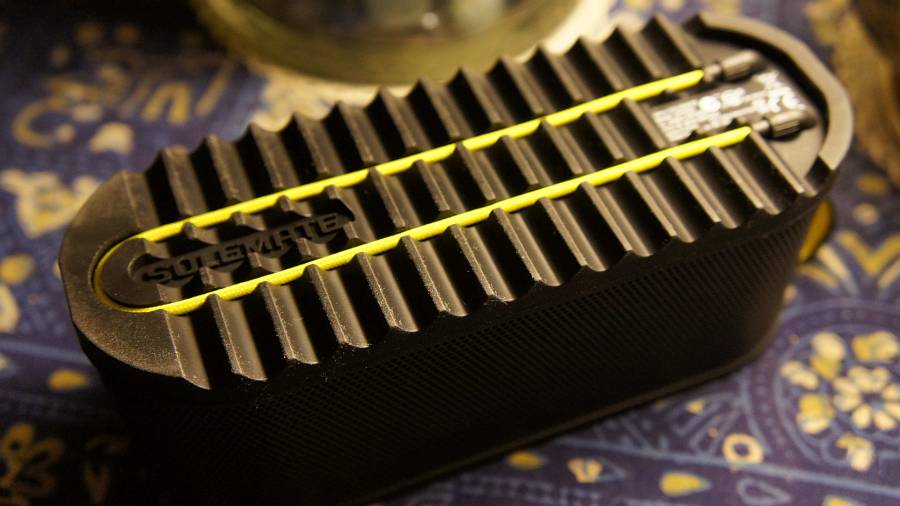 The connectivity options of the Jabra Solemate are Bluetooth, and the 3.5mm jack. We connected a couple of phones and the iPod Touch to the device, and the pairing for Bluetooth was seamless. Unlike some of the Belkin Bluetooth adapters we have seen, the connection on this one hooks up the moment you switch on both devices. No need to manually connect every time.

For a device that works for music and calls, the Jabra Solemate’s flexibility and simplicity is fairly impressive. The same set of uncomplicated keys work in both cases. 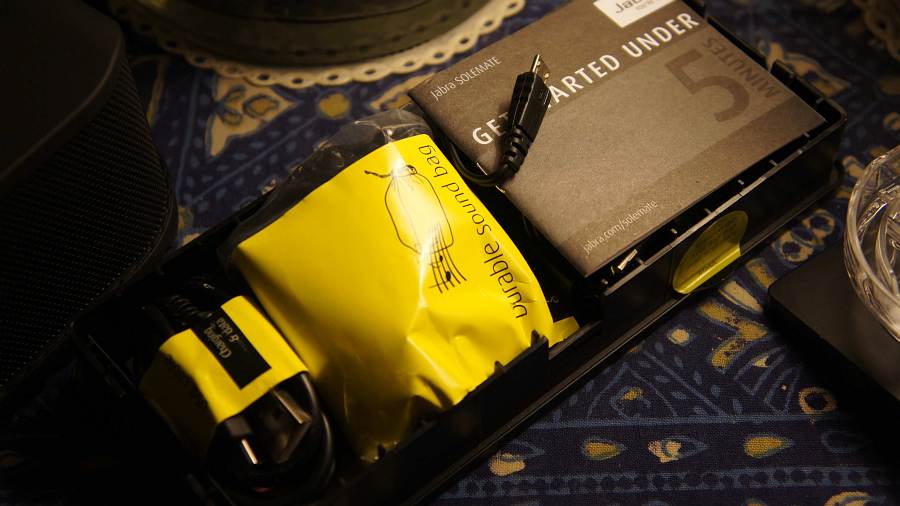 Performance
First up, we used the Jawbone for calls paired to the phone via Bluetooth. IT delivers impressive voice call clarity, to say the least. With certain Bluetooth speakers, the issue of sound booming or audio ghosting is fairly common when connected for voice calls. The Solemate’s audio reproduction remains fairly crisp and yet soft. The crisp part being that the other party’s voice is very clear and you will not find anything muffled or lost to jarring or sound breaks. Softness helps if you are using this in a room with multiple people a part of the call – the audio is very loud, but will remain very easy on the ear, no matter if you are sitting just inches away from the sound. 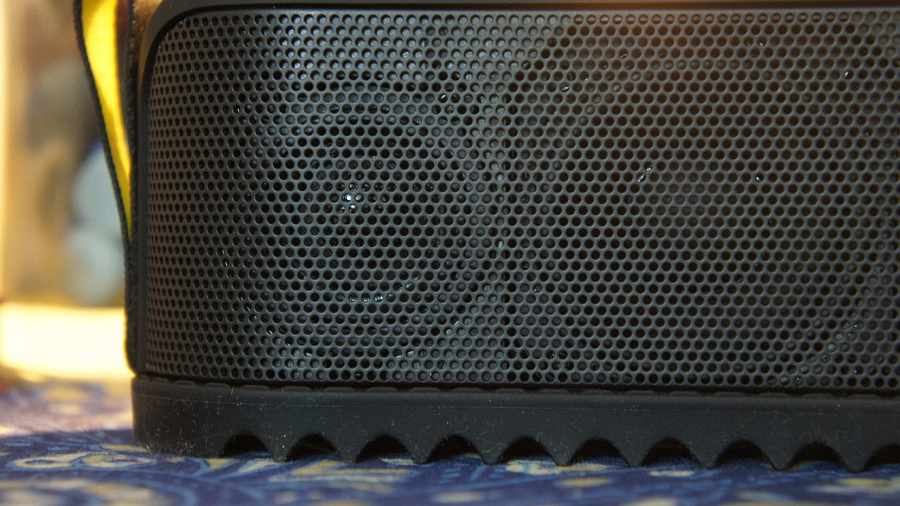 However, what really surprised us was the excellent performance during music playback. Vocals are clear, bass has adequate thump, and clarity is excellent up to 70% volume. The thump is helped by the presence of a dedicated bass driver. We have been using a Yamaha PDX-31 as one of the benchmarks in comparing speakers in this price bracket, and we can say with conviction that the Solemate isn’t inferior to the much bigger PDX-31 in terms of how the same music sounds on both speakers. Weirdly, the further apart you were from the Solemate, the sound just got that much better. No, we are not talking about volume being a criteria – the volume was turned down adequately when in close proximity. This clearly points to this being successful as a centerpiece for that little gathering in your dorm room. The audio thump at 50% volume is enough to fill a mid-sized room. Unfortunately, turn up the volume above 70%, and the sound tends to lose out on clarity, quite a bit. The size of the Solemate does have its limitations. Bluetooth range of the Jabra Solemate is impressive – it worked even though the iPod was in another room, with one wall in between, about 12-14 meters apart, if you look at it in a straight line.

The Solemate’s battery level is displayed on the iPod Touch as well. We got 6 hours of music playback on a single charge, at around 50%-60% volume level, which is quite good. 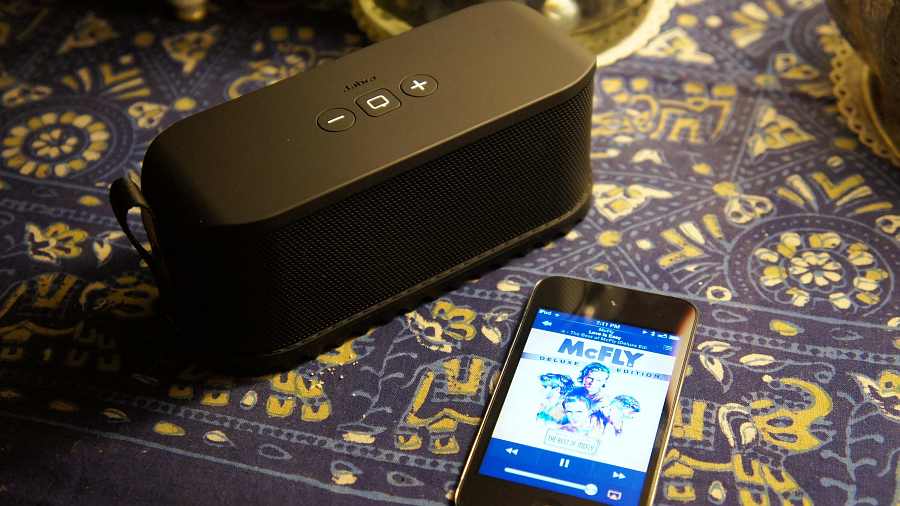 Conclusion
We believe that the Solemate is a very neat offering at this price. But if Bluetooth isn’t an important criterion for you, also consider the Yamaha PDX-31, and the Logitech Bluetooth adapter combo, just in case. 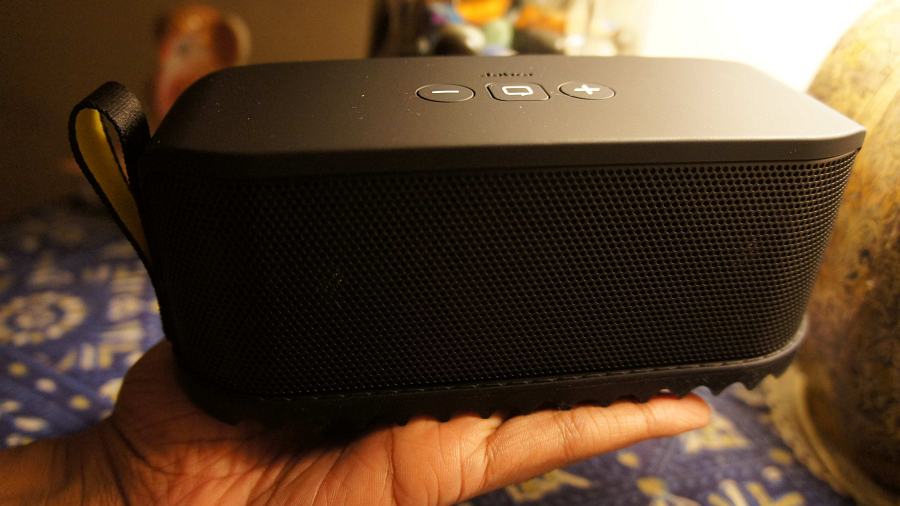