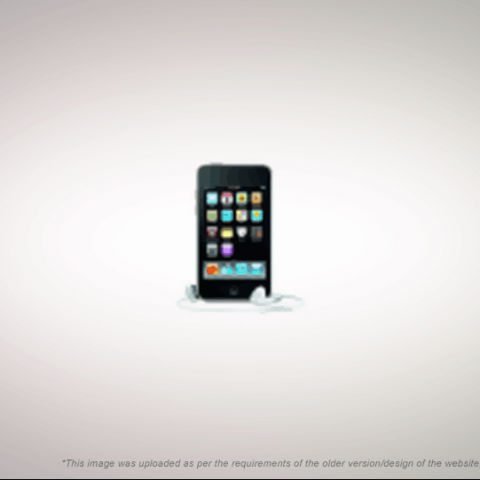 It’s a premium PMP, with an interface that is unparalleled, superlative music and video quality; the best demands the most money.

Apple’s intent behind the iPod Touch was simple – take the much praised (and admittedly brilliant) interface on the iPhone and design a PMP around it. Thus was born the iPod Touch. It’s built exceedingly well and feels very solid in-hand. The screen is a glorious 3.5-inches and everything from the menu and usability, to its interface and the screen clarity, is top class. We noticed the first generation of iPod Touch had a screen with a noticeable blue tinge, the newer models have a noticeable yellow tinge that is not as bad, but the colours are not neutral and there’s nothing you can do about it. Being based on flash memory, transfers are slower than the Classic – a shame. The latest firmware (3.1.1) slows things down a bit and the once snappy Touch’s menus have gotten slower after this upgrade. The new firmware also brings a lot of nifty little additions to the device and we’re happy to report most of the additions, while minor go a long way in enhancing the experience of using the Touch. The screen is excellent for movies although the trauma associated with using iTunes leaves lasting mental scars. Colour and crispness is very good and this is highly suitable as a video PMP.

The Touch also rocks (literally!) when it comes to music. Where the Classic has detailed treble, the Touch introduces a hint of sibilance to certain instruments, although we must say the detailing is good and at no point does the sibilance really detract from things, in fact if you knew no different you’d think the sibilance was part of the track. There is no rounding off at the high-end and the treble sounds crisp and clear. The mid-range is detailed and revealed, in fact so much so that a difference in vocals and certain instruments is immediately noticed when moving from any of the Samsung and Philips players to the Touch. It also trounces all the Cowon models in the highs and mid-range where the Cowon’s have a roll off in the highs and the mid-range doesn’t sound as immediate, but rather recessed – that is to say the impression of playing a little further away from the rest of the music. A revealing mid-range is essential for any sort of music – be it Rock, Pop, Blues or Metal – the Touch works its wonder everywhere. In Where The Streets Have No Name the treble remains controlled and the bass is really palatable especially in the opening drum score. Cymbals still end up being a bit crisp – there was a hint of extra control on the iPod Classic in this regard. The mids in Trampled Rose are surreal with Alison Krauss’ voice sounding rich and seductive – the way it was intended. The vocals flow like honey, but there is a note of underlying urgency – no unnecessary tonal warmth here. Her higher notes are detailed and any tenor is clearly reproduced without any sort of harshness or sibilance. There is however a slight graininess to some sections of the vocals. The bass in No More Tears is clean and sounds fantastically quick and detailed, unlike some of the other PMPs that sounded muddy. In fact the instrument score had me lamenting the lack of a point A to B repeat function. But it’s an amazing musical experience, obviously with the right headphone/amplifier setup. In Layla the vocals are full-bodied and abetted by fantastic guitar plucks and instrument detail the listen is memorable.

Apple has just released a new family of the Touch including a 64 GB version that takes care of those with bigger space requirements. The 32 GB one featured here is the second generation as we’re yet to get our hands on the just launched, third generation. But the news is the new 64 GB version will cost no more than the older 32 GB version – meaning great value. It does have one limitation – at Rs. 25,000 the iPod Touch 32 GB cannot be classified as cheap. It’s a premium PMP, with an interface that is unparalleled, superlative music and video quality; the best demands the most money.