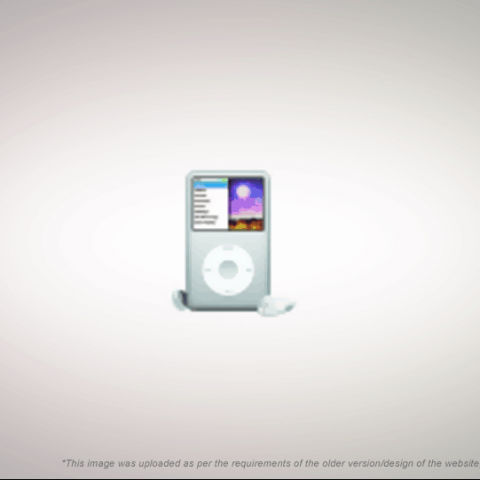 This is the 6th generation of the venerable hard drive-based iPod that Apple never fails to include. Although a generation old as we speak, (since the new iPod Classic is already available but not for review at this moment), this series offers unmatched storage. Although the Classic is a decent video player it is aimed at the audiophile who wants to carry his entire collection of music with him. The 1.8-inch hard drive offers 120 GB of storage; more than any other PMP in the market. This means you can carry not just lossy MP3 files, but Apple Lossless (ALAC) files as well, giving audiophiles one less lament about the loss of finer detail that occurs with compression. The Classic is very well built though the scratch-prone chromed rear is still a killjoy. The screen has seen some revamping and its 2.5-inch display looks pretty crisp and clear with great colours – just what the doctor ordered for video playback. Fonts are clear and ultra legible and video playback is sweet, the only two cons being the smaller (compared to the iPod Touch) screen and of course the fact that videos need to be synced through iTunes.

This is a superb PMP for discerning music lovers – the overall aural representation remains very tonally neutral and if anything the Classic is actually a little more focussed on the highs than most other PMPs. But that’s not to say the mid-range and bass lacks in any way. Bass is detailed and punchy without any sort of bloat and individual bass notes have the necessary impact. The mid-range is detailed and clear, leaning slightly to the lush side of things. I say it focuses on the highs because it does so well with the higher frequencies which are detailed, and extends without any audible cut-off but there’s also no sibilance – the Classic exerts total control over the sonic spectrum. Especially noticeable on the U2 track ~Where The Streets Have No Name~ Bono’s vocals can sound sibilant and uncontrolled at times but not on the Classic. The opening drum scores on this track also had noticeable weight and there was a textural richness to the bass. It also has noticeably more power than the Nano and will drive around 10 percent higher volume levels.

At Rs. 15,400, the Classic is a steal of a deal, especially considering the performance and unmatched storage space. When you consider that Apple has just announced a new 160 GB version at the same price things get sweeter. It’s certainly not for someone who wants something really compact and pocket able but for the road-warrior audiophile it can’t get much better.