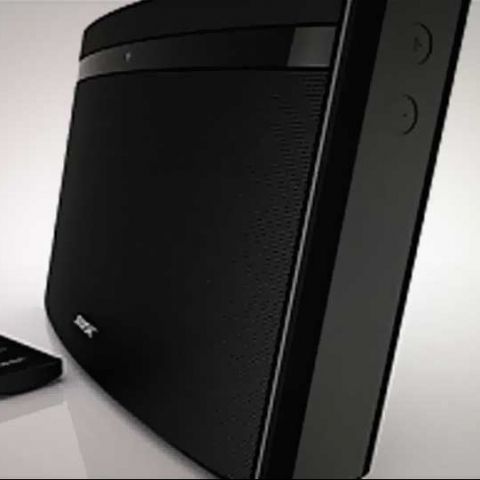 There is no doubt that the SoundLink Air is a solid product, for just around the Rs. 20,000 price mark. What you get is an AirPlay speaker for your Apple devices, with very good sound quality. But, like with all audio products, size does dictate the outer boundaries that it can be pushed to, and the SoundLink Air is no different. Very well built, but the sad bit is that the battery pack is an optional accessory, that takes the price up by another US $100.

The Bose SoundLink Air music system is the logic successor for the Bose SoundLink Wireless Mobile Speaker that hit stores last year. Compared to that, this one does have the crowning feature of AirPlay added to it. But, while it is bigger in size, the newer version relegates the battery to the designation of an optional accessory, isn’t truly portable, and there is no integrated pouch! So, is new always better? Let us find out!

Looks, Build & Design
For what is a fairly uncomplicated design, the SoundLink Air does retain a considerable amount of persona and attention seeking tendencies. There are subtle design elements that lend it the sophistication you would expect from a Bose product. 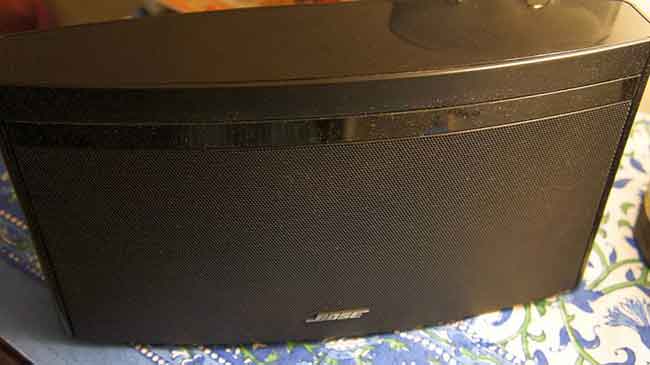 While the material used throughout is plastic, the SoundLink Air is not found wanting in terms of build quality, materials used or the thoughtfulness behind the design. The surprising bit is the glossy finish to the top panel, which does catch a considerable amount of dust and scratches as you go along. Apart from that, the rest of the body is the non-reflective matte finish, and we see three distinct shades along the way. The mostly hidden away panel above the speaker grille has three LEDs for showing network connectivity status, volume mute and AUX connectivity status. There is no physical dock that can cradle the iPhone or the iPod Touch.

Turn to the back of the SoundLink Air, and what you have there is a USB port (used for the initial setup and future software updates), the 3.5mm AUX input and the power connection. A part of the panel opens up for the optional battery bay to be accessible, something that a user can do so on their own. 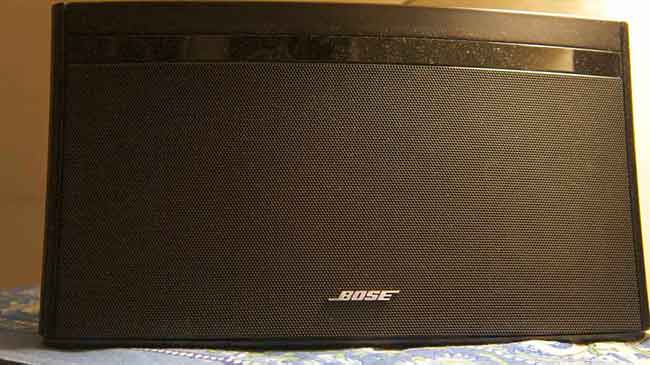 We had mentioned subtle aspects of the Bose SoundLink Air that make for a sophisticated package. One of them is the very nice channel on the power adapter that goes into the wall, which allows you to tuck away the wire that you don’t need, and not leave it hanging around looking untidy or getting in the way for no reason.

While the SoundLink Air is slightly bigger than the predecessor, the surprising bit is the removal of the battery pack as a standard accessory. Buying that means adding another Rs 6000 (approx.) to the overall expenditure. Compared to the SoundLink (2012 edition), this seems like a glaring omission. Secondly, there is no integrated pouch on the new edition, leaving you to deal with the maintenance bit yourself. We suggest sewing up a nice cover for this speaker when not in use, because the dust will really get into places that cannot be cleaned. Apart from these niggles, we feel that the SoundPlay Air is well built. Anyone spending around Rs 20000 on a music system will not feel disappointed when this sits on the corner table or the mantle-piece in the room. 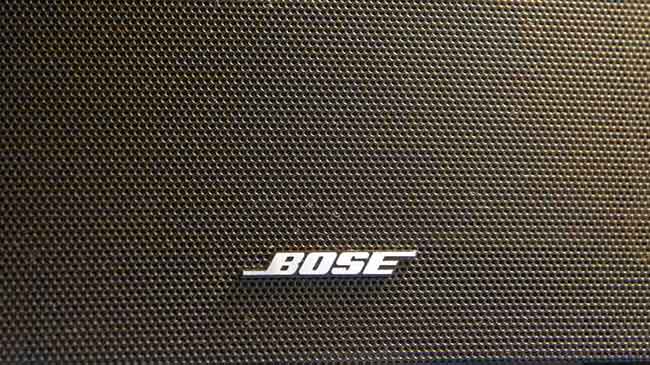 The Remote
There are absolutely no physical controls on the Bose SoundLink Air. The remote is your sole source of controlling the volume, source, track change and even for turning the SoundLink Air on or off. Speaking of which, the remote is again fairly simple. You really cannot get lost in this one, and if you do, we really have no solution for this! The remote gets the power key, the volume control and mute keys, track previous or next, pause/play and switch to AUX source. The soft feel finish, and the big key sizes make it very comfortable to use. Each key has its own border, or so the design seems, and that makes it easier for the fingers to get a better feel of the layout.

The point is – you will be controlling the playback, most of the time, from your iPod or the AirPlay device. The need of the remote is slashed a lot straightaway.

Setup
Not all is simple to use with the SoundLink Air. Do not let the simplicity of the remote and overall operation fool you into thinking this will work straight out-of-the-box. At least to get the AirPlay up and running, there is the need to download and install the Bose setup utility for this device, connect the music system via the USB to the PC and allow it to do the standard firmware upgrade. Post that, you will be asked to connect it to the Wi-Fi hotspot that your AirPlay devices are connected to. This is a one-time setup, which will not have to be done unless you are connecting to a different hotspot.

Performance
Before we get down to the audio quality bit, we need to get into a bit of detail of how the connectivity works. For AirPlay, we were using an iPod Touch with music loaded on the device and not streaming off some third party app. This is to ensure that there is no performance loss because of connection speeds. 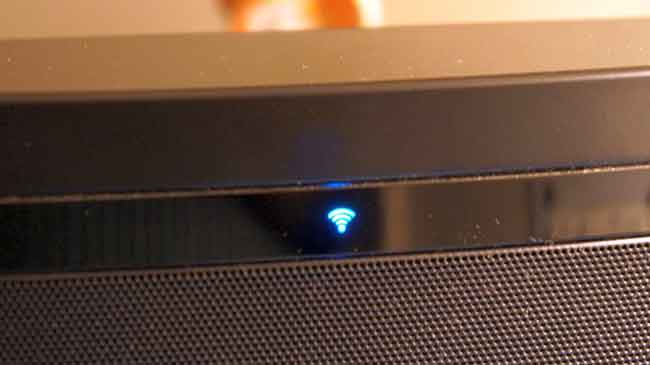 Post the setup, we pushed play on the playlist. It does take 3-4 seconds for the song to start playing back after you have tapped the play key. Playback is seamless for the most part. But, we did realize that if you happen to have a less than perfect connection setup, there will be problems with the playback. For example, we were using a basic Beetel router that Airtel provides with their Broadband, and on that, the playback stuttered certain times. Secondly, if the router isn’t in the same room as the Bose SoundLink Air or the AirPlay device, you may again get breaks in between playback.

Update: We got in touch with Bose regarding the issue. They suggested that we change the channel in the router settings to get better connectivity on the SoundLink Air. We used Wi-Fi Stumbler, a free web based utility to determine which channel in the area was the least congested. Then, we hooked up the router to the PC (preferably, a wired connection for this task) and entered the router settings page (192.168.1.1 – ID and password will be shared by the broadband operator). The Channel option is available on the Wi-Fi settings page. Post the changes, the sudden audio stutter issues did reduce considerably, but we would still suggest having the router in close proximity of the SoundPlay Air, since it is a tad susceptible to botheration by any interference with the connectivity. 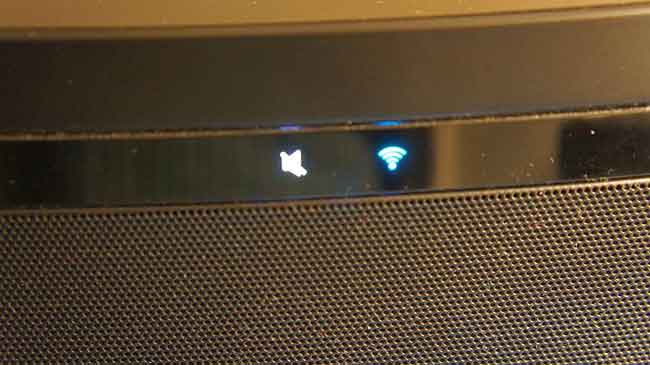 Getting to the audio quality bit now. Straightaway, what you feel with the sound being played back is that there is the perfect mixture of clarity, bass and yet remains soft enough to not feel treble heavy or too sharp. However, listen to some more stuff and you realize that the lower frequencies are slightly boosted beyond the natural, something that makes this speaker offer better punch (yes, that is the word used for bass – and no amount of attempting to punch it out of someone’s head would change that), than most other speakers of the Bose SoundLink Air’s size. And that includes the predecessor, the SoundLink.

One of our test tracks, Bruce Springsteen’s Waiting On A Sunny Day, is a good example of how the distinct layers of the track are largely kept distinct. The lyrics stay at the top, while the equally imposing instrument mix, does not interfere with the vocals. While it still isn’t the perfect reproduction, some of the notes are much better reproduced in this than a lot of other speakers of this size. It is rather good that a small speaker can give you the sense of distinction between various parts of the track. 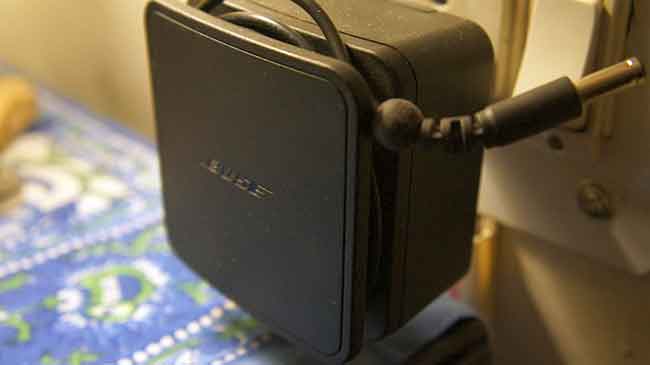 I personally listen to a lot of trance music, and in direct comparison with the Yamaha PDX-31 dock that I have used for a few years now, the Bose SoundLink Air definitely has much better bass thump and yet keeps the few vocal elements nicely separated. The treatment for the LFEs may put off the purists, but then again, this product is clearly aimed at the mass market, where such an approach usually does well.

Seether’s Broken sounded wider and richer than ever before, and that includes a variety of speakers and expensive headphones. So does Never Too Late by Three Days Grace, particularly if you listen from 0:30 for the next 20 seconds. This kind of distinction, the way the producers wanted us to hear it, makes the real difference between just any speaker and a good speaker system. Clarity of vocals was never something the SoundLink Air fell short on. All songs, irrespective of the genre, will always have the vocal clarity without sounding sharp or falling behind the rest of the elements.
While no such problems existed when we had connected the iPod Touch to the SoundLink Air via the AUX port, but during AirPlay connectivity, volume control seemed inconsistent at times. Changes made on the source device sometimes take a couple of seconds to register, while they are immediate at other times. 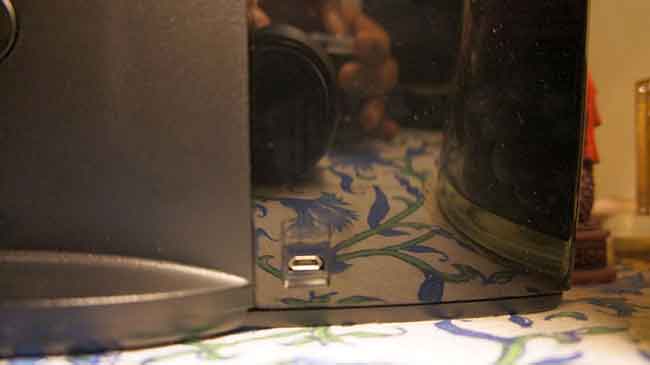 Bottom Line
The Bose SoundLink Air is essentially a product that offers good performance, but the show off value with “Look, I am steaming music via the Wi-Fi router” is a bigger deal. We really like the sound, and while the sculpted and enhanced bass isn’t for the so-called purists, a wider demographic will prefer the richer sound. The omission of the battery pack and a slightly complicated initial setup are some issues we cannot negate. Buy this only if you really want an Airplay setup. Else, consider the slightly less expensive Bose SoundDock Series III Digital Music System, which costs around Rs. 17,000. 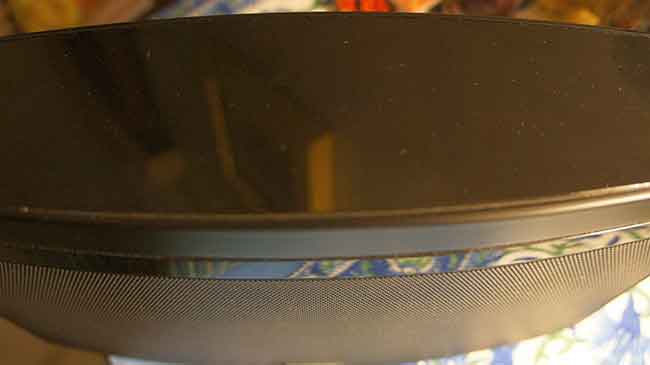