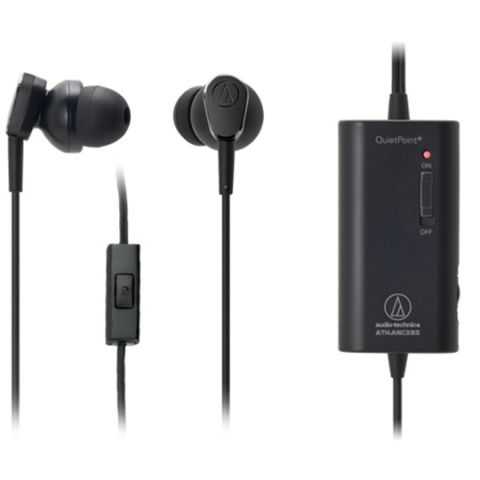 Would I recommend buying these if not for the ANC? Probably not. You’d certainly get better in-ears for the same price. But if you are looking for a pair of decent sounding in-ears and ANC is an essential feature for you, this is the headphone you must pick up.

The Audio-Technica ATH-ANC33iS is a unique IEM when compared to some of the other IEMs we've been reviewing recently. Most other in-ears depend on passive isolation i.e. the physical seal between the plugs and your ear to block out ambient noise. The ANC33iS, on the other hand, depends on active noise cancellation. What this means in simple terms is that there is circuitry in these headphones which cancels out ambient noise by projecting an out of phase wave. Incidentally, it is one of the most affordable Active Noise Cancellation earbuds out there. 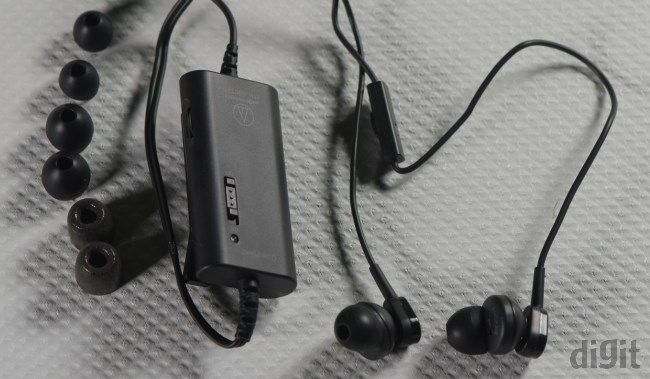 The design for the ANC33iS is very simple and functional. The ear piece looks typically like any of the other Audio-Technica in-ears we’ve seen before. The Active Noise Cancellation unit is on the cable and hardly heavier than the single AAA battery that it houses. It comes with a clip that can let you securely fasten it to any piece of clothing, say for instance a pant pocket. The ANC33iS also comes with an in-line microphone and single button remote. You get a soft carry pouch but no hardcase.

The ANC33iS is possibly the warmest sounding in-ear we've tested off late. It lacks that crisp detail in the higher ranges but reproduction in the lower ranges isn’t all that bad. In the lower end of the spectrum, there is adequate bass but the bass could’ve been punchier. It’s present in the right amount but just not very tight or hard-hitting. The passive isolation on the ANC33iS is quite bad, but since it has active cancellation it doesn’t matter. When I swapped the existing silicon tips with the comply foam tips they came bundled with, there was a noticeable drop in passive isolation. The ANC doesn’t apply any amping or DSP-like effect I’ve seen a couple of other ANC units do. With or without – the sound signature remains the same. 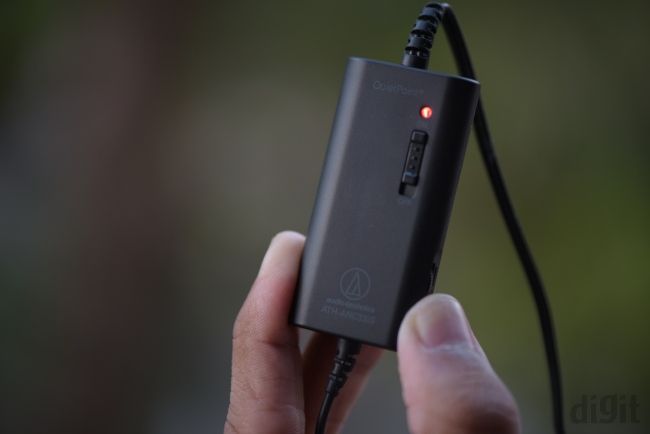 Couple of our test tracks sounded pretty good. For instance, Shine On You Crazy Diamond sounded bass heavy but the saxophone parts came through very well. On the other hand, the rawness of Motherjane’s Maktub version of Mindstreet was just totally mellowed out. In comparison a bright headphone like the a-JAYS Four +, on the other hand, manages to retain the guitar’s crunchy edge as well as the sharp pluck of the bass strings. Our newest addition to the test tracks repertoire Shape Of You by Ed Sheeran sounded fairly decent but the vocals sounded a little recessed. Incidentally, in case you are curious, we tried testing the mic with and without the ANC on, but it made no difference to the audio quality. So the ambient cancellation is only for the sound drivers. 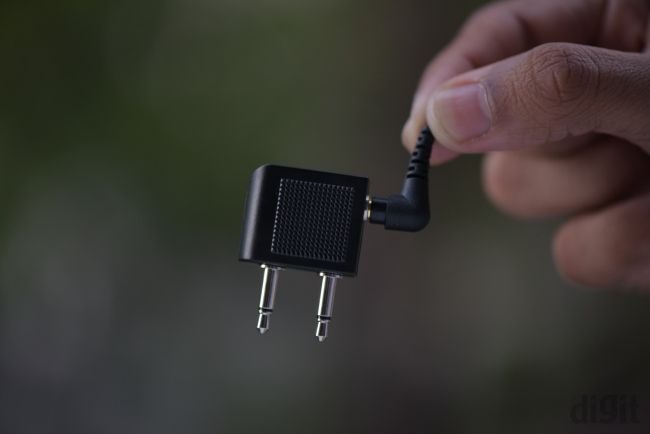 How good is the ANC you ask? It’s fairly decent at blocking out constant low rumble noises like say the hum of the Air Conditioning. To a certain extent, it can even subdue traffic noises, but if you expect total silence that not what ANC does anyway. To draw a comparison I had my trusty Bose QC 20 active noise cancellation in-ears with me. Of course, they are much better at blocking out ambient noise. It would be unreasonable to expect the ANC33iS to be as good at one-fourth the cost. But is it 1/4th as good? I’d say it is. 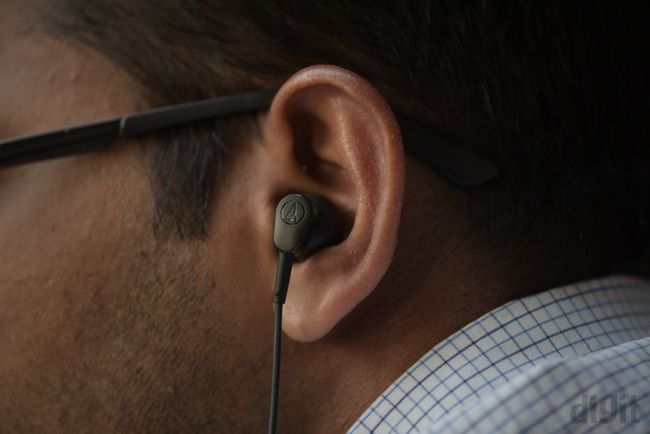 If you are a thrifty jetsetter or a daily commuter looking to minimise the ambient noise on your daily commute, you should seriously consider the Audio-Technica ANC33iS. It’s not as fancy as say the lithium ion battery powered Bose QC20i, but for a fraction of the cost the Audio-Technica ANC33iS provides really good value. Could you get better audio quality at the same price point? Sure you could. But not with the active noise cancellation. Currently selling at Rs. 3995 the ANC33iS is perhaps the most affordable active noise cancellation in-ear out there.