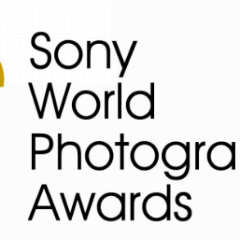 Judges of the 2017 Sony World Photography Awards have announced that Nikunj Rathod’s photograph, ‘Reckless Kids’ as the winner of the India National Award. Rathod (29) captured an image of kids playing at Mahim Bay in Mumbai. The second place went to Avishek Das’ ‘The Faith of Life’, while third place went to Prabha Jayesh’s ‘Untitled.’

The judges of the 2017 Sony World Photography Awards today announce the photograph “Reckless Kids” by Nikunj Rathod, as the winner of India National Award.

The Sony World Photography Awards is the world’s largest photography competition, and the National Awards is a global program open to photographers of all abilities.  It aims to find the best single photograph taken a local photographer in 65 countries.

Rathod's winning image "Reckless Kids" is an action filled image of kids playing captured on at the Mahim bay in Mumbai.

Rathod (age 29) is an independent filmmaker and an award-winning photographer based in Mumbai. He enjoys working within the mediums of film and photography and was awarded 2nd place in the 2016 India National Award.

Talking about his winning image, Rathod says: "This image was taken in March 2016 at Mahim bay which is in Mumbai. I was wandering around that area and was waiting for the evening to come to take some silhouette photographs. After a while, some noise near by caught my attention. The noise was quite chaotic. From the distance, I saw a group of kids playing around some junk yard cars, screaming, throwing bottles at each other, fighting. It's only when I went closer that I realized how reckless they were!"

Commenting about his success, Rathod continues: "Last year's achievements in the Sony World Photography Awards [2nd place India National Award and shortlisted in Open People category] not only opened up new opportunities but has also put me on the map of the photographic world. This year's achievement came like an unexpected surprise!! I'm grateful to World Photography Organisation and Sony for believing in my work and giving me such life changing experiences! "

The runners up positions for India National Award were given to:
2nd place: Avishek Das for the image "The Faith of Life "
3rd Place: Prabha Jayesh for the image "Untitled"

Winners and runners-ups across all 65 National Awards were announced today, and can be viewed here.

Rathod's winning work will be shown alongside the awards’ other winning and shortlisted images at the Sony World Photography Awards & Martin Parr – 2017 Exhibition in London from April 21-May 7 and published in the annual winners’ book.