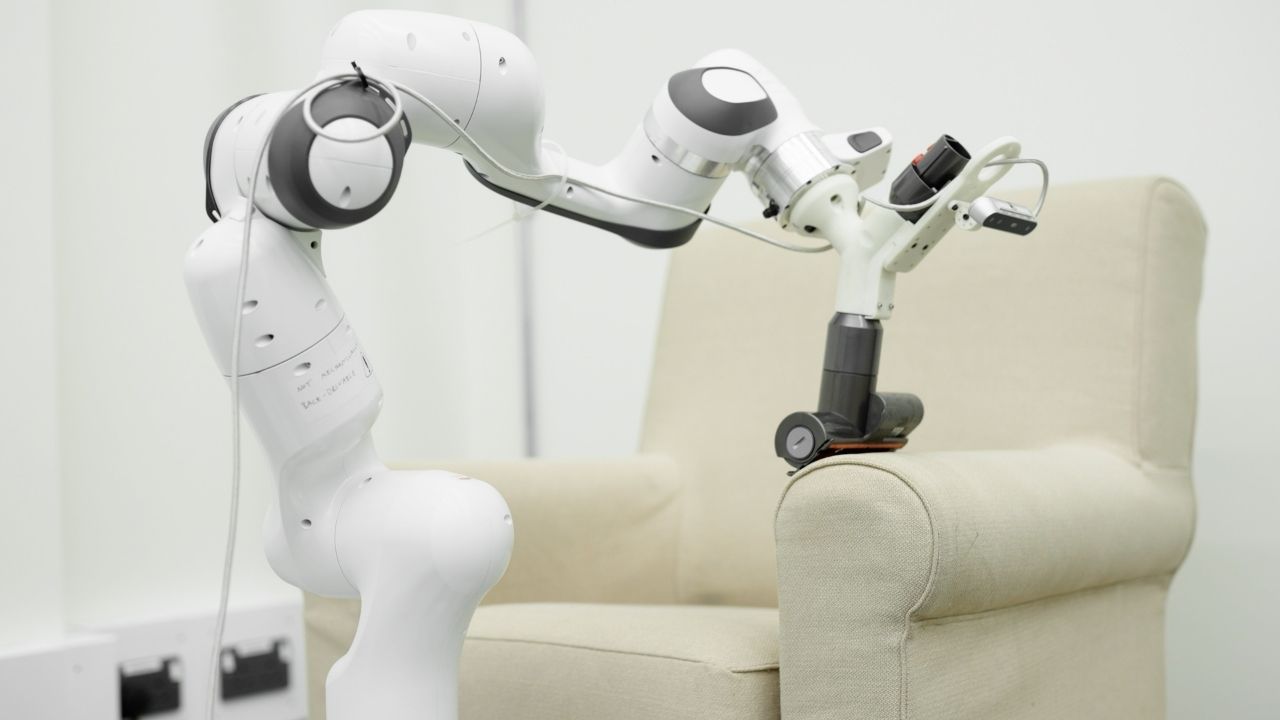 On Wednesday 25 May, at the International Conference on Robotics and Automation (ICRA) in Philadelphia, Dyson has given its biggest clue yet to the future of household robots as it seeks to woo the brightest in the field of robotics to join its rapidly growing team.

At the conference, Dyson provided further definition to its ambitions in advanced robotics, and signals it is accelerating development of an autonomous device capable of household chores and other tasks. A film, which has also been released on social media, catches the latest developments of Dyson-designed robotic hands grasping objects, indicating that the tech company is moving beyond robotic floor-based vacuums. The secret R&D work at Hullavington Airfield in Wiltshire is being led by Dyson’s Chief Engineer Jake Dyson.

Dyson is half-way through the largest engineering recruitment drive in its history. 2,000 people have joined the tech company this year, of which 50% are engineers, scientists, and coders. Dyson is supercharging its robotics ambitions, recruiting 250 robotics engineers across disciplines including computer vision, machine learning, sensors and mechatronics, and expects to hire 700 more in the robotics field over the next five years. The master plan: to create the UK's largest, most advanced, robotics centre at Hullavington Airfield and to bring the technology into our homes by the end of the decade.

New recruits will be based at Hullavington Airfield in Wiltshire, a new London laboratory close to the Dyson Robotics Lab at Imperial College, and Singapore at Dyson’s global headquarters. Over the past six months, Dyson has been secretly refitting one of the main aircraft hangars at Hullavington Airfield to prepare for 250 roboticists to move into their new home. Its latest robotics makeover is the next stage in Dyson’s £2.75bn investment plan in new technologies, products and facilities; £600m of which is to be spent this year.

Jake Dyson, Chief Engineer at Dyson, said: “Dyson employed its first roboticist 20 years ago and this year alone we are seeking 250 more experts for our team. This is a ‘big bet’ on future robotic technology that will drive research across the whole of Dyson, in areas including mechanical engineering, vision systems, machine learning and energy storage. We need the very best people in the world to come and join us now.”

Until now, Dyson’s robots have been floor-based vacuum cleaners – the first of which, the DC06, was designed 20 years ago. Offering glimpses of new research in manipulation, robot learning, visual perception and compliant control, Dyson’s film gives the world a first glimpse into its latest “big bet”. It also shows a flight of stairs.