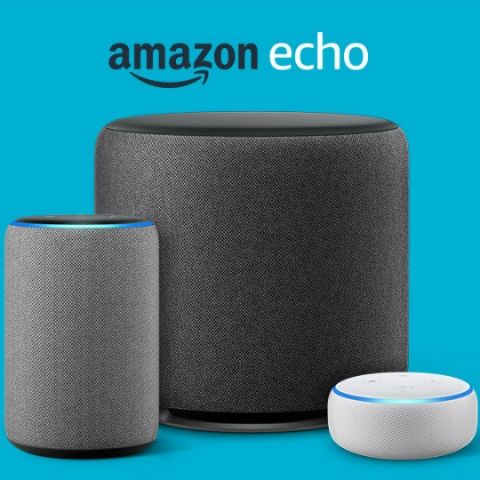 Amazon Echo users can now keep track of live cricket matches and scores with the help of Alexa. they can track live scores, team standings, player stats, past records, follow teams and cricketers and explore cricket trivia by saying, “Alexa, talk to me about cricket” and can also listen to a weekly podcast by Cyrus Broacha.

With the ongoing IPL 2019 , Alexa is equally excited to give users the latest updates about the teams, matches and everything else you need to know about the cricket tournament. Amazon Echo users will now be able to easily track live cricket match scores, and follow their favourite teams and cricketers using simple voice commands. Alexa is now armed with knowledge about the various teams, players, match schedules and trivia.

This year, you can hear Cyrus Broacha give you regular updates on IPL with Alexa. Every week Cyrus will give you a lowdown of the action on the field with a dose of his trademark humor and insight. It doesn’t end here. Comedians, experts, and enthusiasts of the gentleman’s game will also be joining him. All you need to do is, tune in every week, to the ‘Cyrus Says’ Skill to LANSO (Left-Arm-Not-So-Orthodox) the cricket version of his podcast.

Users can also play with the daily cricket trivia skill which will provide 3 questions on cricket and give you 3 options each for the answers, every day. The right answer will earn you 5 runs and a chance to compete on the global leaderboard with other players for bragging rights. Just say, “Alexa, start the daily cricket trivia”.

Alexa can also help you play the official IPL theme song if you say “Alexa, play the cricket cheer” or Dhoni chanting if you say.

Here are a few ways in which you can interact with Alexa for cricket updates, #JustAskAlexa:

Catch up on a match that you missed:

Know about the players:

Alexa not only keeps a track of what’s happening in the world of cricket but also loves talking about it.

Alexa is looking forward to spending this IPL season delighting you with her knowledge of latest updates about the teams, matches and players and have a gala time. Aren’t you excited too? All you have to do is #JustAskAlexa.