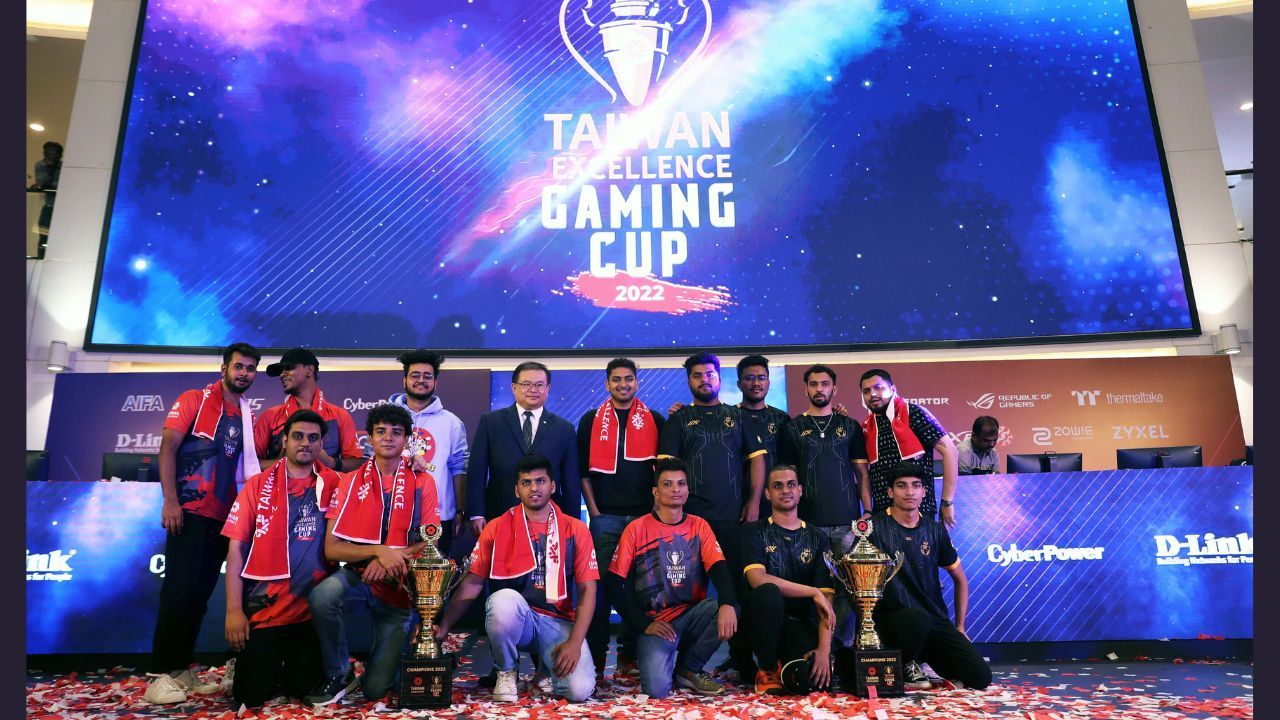 TEGC builds a wonderland for esports gamers in India, bringing ultra-chic and smart gaming gadgets for the ultimate championship

The edition was a witness of how esports in India is becoming a lifestyle trend and is catching attention of people from varied walks of life.

Intensive and nerve-racking are two words that can best describe the grand finale of the 9th edition of India’s most sought after and mega esports tournament – the Taiwan excellence Gaming Cup (TEGC). Held on November 26 in Mumbai’s Infiniti Mall, Malad, the event took place in a physical setting after two years. The gaming tournament that took place in four titles – Valorant, WCC3, Pokémon Unite and CS GO, broke all its previous records with over 23,725 registrations.

The energy at the on-ground event was phenomenal, gaming enthusiasts from across the country gathered to witness the battlefield. For many, this was the first time to have a real-life experience of watching the gaming extravaganza. They interacted with the Taiwanese brands and got a first-hand experience of the most advanced gaming gadgets, consoles and accessories. These brands were AIFA, AORUS, Cooler Master, CyberPower, D-Link, Ipevo, MSI, Optoma, Predator, Republic Of Gamers, Thermaltake, Tokuyo, XPG, Zowie and Zyxel. They displayed their world-class tech products and gaming devices at the finale and left no stone unturned in making a statement. An array of engagement activities were also organized to enhance audience participation and interaction. The gaming cup was also livestreamed on Facebook, YouTube, Loco and Rooter.

Contrary to previous editions, this time the fad was so much more, be it spectators, the participants or their supporters, TEGC made a statement like never before.

Now, esports is not just for urban gamers in India, it has grown to become a lifestyle choice. Gamers don’t just play, they aspire to make a career as professional gamers. They like to stay abreast with everything revolving around esports. According to FICCI-EY Media and Entertainment Report 2022, the number of eSports players doubled from 300,000 in 2020 to 600,000 in 2021, and eSports revenue grew by 29% from INR 7.5 billion in 2020 to INR 9.7 billion in 2021. They also suggest that this growth is expected to continue, with the number of esports players reaching one million in 2022. Citing this growth trajectory, the major tech brands are also coming up with advanced technology and gear to support the hopes and aspirations of these enthusiasts.

TEGC also acts as a catalyst when it comes to catering to esports gamers in India. Its campaign officially commenced on September 10, started with the announcement of the 9th edition of the TEGC and the launch of TE Experience Truck.

For the unversed, The TE Experience Truck was a tailor-made mobile showroom that aimed at offering visitors a chance to experience some stylish, smart, and extremely intelligent technology in ICT and gaming. The truck visited major events across cities including gaming events, various fests, and malls to let people experience the technology offered by the best of Taiwanese brands.

Speaking about the campaign, Director Edison Po-yi Hsu, Taipei World Trade Center (TWTC) Liaison Office in Mumbai, said, “From past couple of years we have been noticing an upward trajectory in the trend and the number of registrations we get for the gaming cup is the evidence of its popularity. Esports in India has become a lifestyle now, especially for the younger generation, they are making a name for themselves in the gaming world. I feel fortunate to be a part of this growth. And, I think TEGC has played a crucial role in making esports so popular in India. We will continue to cater to the gamers of this country.”