The Samsung Gear S3 is expected to feature new sensors as well as a rotating bezel, similar to the one used in the Gear S2 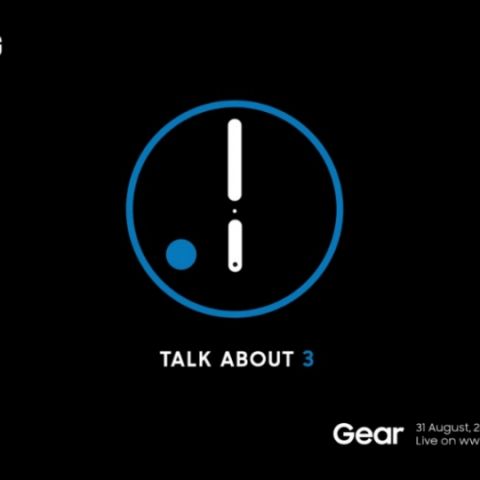 Samsung will most likely unveil its next generation smartwatch, the Gear S3, on August 31. On its official Twitter account, the company posted a GIF saying, “Stay tuned for a timely innovation,” while the text within the GIF says, “Talk About 3.” These two statements more or less confirms that the Gear S3 would be unveiled on August 31, which is just a few days before the start of IFA 2016. While the teaser doesn't provide any details about the device, it does let people know that the company would be live streaming the launch on their website.

Speculation suggest that the Gear S3 might feature a rotating bezel, similar to the one used in the Gear S2. Further, the device might also be equipped with a number of sensors such as an altimeter, barometer, speedometer, along with an integrated GPS. While the altimeter would measure altitude, the barometer would help warn the user of sudden changes in the weather. Further, the report also notes that the GPS would be crucial for the speedometer to work as the latter would not function if location services aren’t enabled. The Samsung Gear S3 will most likely go up against the Apple Watch 2, which is tipped to be launched later this year. Like Samsung, Apple too is rumoured to include a GPS and a barometer in its smartwatch.