No word on the launch of Realme Watch 2 yet

Realme Watch 2 live pictures have leaked online as the upcoming smart wearable has been spotted receiving the FCC certification. This news comes after the Realme Watch 2 and Watch 2 Pro were discovered in the source code of the Realme Link app.

The Realme Watch 2 has received FCC certification and looks similar to the Realme Watch. The silicone watch strap now has the “Dare To Leap” tagline and features a square 1.4-inch TFT display with a 320x320 pixels resolution. A major update on the Watch 2 has to be the larger 305mAh battery up from 160mAh on the first Realme Watch. 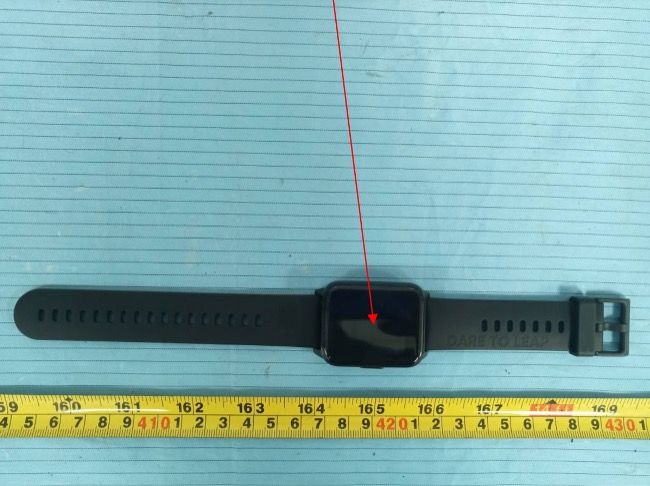 Moreover, the Realme Watch 2 has a lot in common with the previous generation making it an incremental upgrade. The Watch 2 has an IP68 rating which allows it to withstand water and dust and is also equipped with a SpO2 sensor and a heart rate tracker.

The leak also reveals that the Realme Watch 2 will support Android 5.0 and above smartphones, and it is likely that iOS support is released later. It pairs to smartphones over Bluetooth 5.0 and the Realme Link companion app.

The Realme Watch had a similar design with a square display, IP68 rating and SpO2 monitor and the Watch 2 is likely following suit. The first smartwatch by Realme was aimed at an affordable price range after which the company expanded its smart wearables lineup by adding the Realme Watch S and Watch S Pro. Realme has not revealed the exact date for the launch of the Realme Watch but considering the FCC listing is out, we could see the launch happen soon.