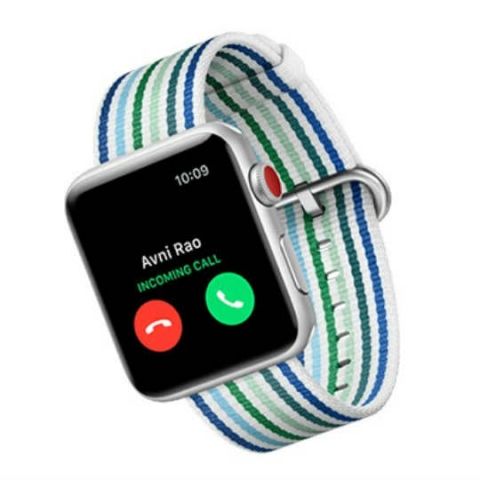 Apple may soon add a handy little feature to its lineup of smartwatches - an always-on display. Currently, the display on the Apple Watch turns off when not in use and needs to be turned on even when the user just wants to see the time. While the tilt to wake feature in the Watch works well, it still takes a split second to turn on the display, meaning you can’t just glance down to see the time.

Now though, a patent spotted by Patently Apple suggests that the company is working to implement an Always-on display on the Apple Watch and is also devising a way to resolve the burn-in issues caused by an OLED display. To recall, the Apple Watch uses an OLED display, which has a tendency to cause a burn-in if an array of pixels is left on for an extended period of time. In its patent, Apple  doesn’t describe a way of preventing screen burn-in, but rather, a way of hiding it by manipulating the brightness and the colours of that particular section of the display. In order to do so however, the device would have to store a large amount of user data. Apple’s patent also aims to compress this data and store the information in a more efficient manner.

The report by Patently Apple also notes a second patent filed by the company. This one is about a new anti-aliasing technique to accommodate curved displays. The report notes that the display may have an array of pixels with jagged edges along these curves. It should be noted that Apple is expected to launch a new Apple Watch alongside its new 2018 iPhones and reports suggest that the new wearable may feature an edge-to-edge display.

Apple is scheduled to hold an event on September 12, when the company is expected to announced its new phones as well as a new iPad and an Apple Watch.