Is your Fitbit fitness tracker acting up? You could be pregnant!

A New York couple was pleasantly surprised when the wife's Fitbit started acting up. Turns out they were expecting a baby! 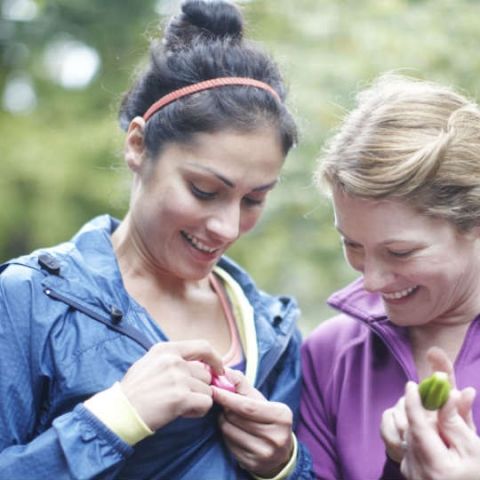 David and Ivonne, a couple from New York, would have never thought that the Fitbit fitness tracker they bought as a new year resolution to get fit, would eventually become the bearer of possibly the biggest news in their life! The couple had purchased two Fitbit fitness trackers in an attempt to stay fit, but Ivonne’s Fitbit kept registering a constant high resting heart rate. Worried by this anomaly, David turned to Reddit for some help from other wearable users.

In his Reddit post, David wrote:
“My wifes fitbit is showing her heartbeat being consistently high over the last few days. 2 days ago, a somewhat normal day, she logged 10 hours in the fat burning zone, which i would think to be impossible based on her activity level. Also her calories burned do seem accurate. I would imagine if she was in the the fat burning zone she would burn a ton of calories, so its not lining up. Im not sure if something is wrong with the sensor. is there a way to reset or recalibrate the device? Id like to try that before I contact customer service about a possible replacement.”

This was followed by a slew of comments until one Reddit user pointed out that Ivonne could be pregnant because that can raise a woman’s heart rate. David replied to this post saying, “Pregnancy is a strong possibility, didn't know that would jack up the heart rate. I might be a dad, YIKES. Now I gotta watch my own heart rate lol.” A day later, a happy David reported that his wife was indeed pregnant. "I'm going to be a dad!" David posted on Reddit.

So, is your Fitbit showing an elevated heart rate for no reason as well? If yes, it may be time for a quick trip to the medical store!